Readers, is there a particular way you take your Christmas/ New Year’s/ reunion photographs? 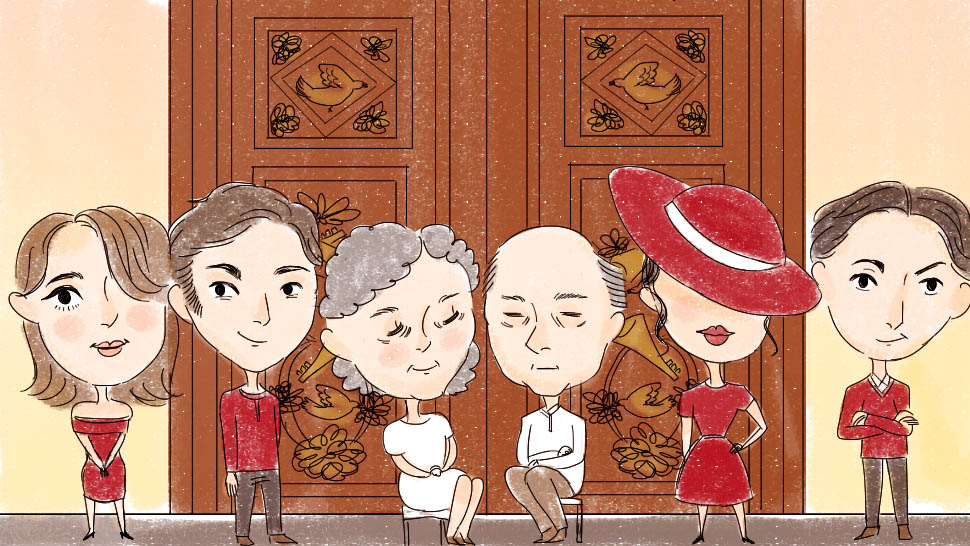 I am very happy that the face of my Truly Rich Aunt has finally settled just in time for the many family portraits of the holiday season. While she still has the permanent expression of someone surprised or softly electrocuted, at least the stone quality of an aggressively refreshed face has lifted. I really think I can put this year’s official photograph on the pianoforte.

Readers, is there a particular way you take your Christmas/New Year’s/reunion photographs?

For the core family—myself, My Truly Rich Mother, My Truly Rich Father, and My Truly Rich Siblings—we take it always in front of the main door of our house. I don’t know why this is the tradition, but we have been doing it since I was Truly Rich Worm in the arms of my mother. That photo is on the baby grand.

Maybe it is because the backdrop is a work of art. Adorned with creeping vines, songbirds, and sprays of golden trumpets, the hand-carved door was, some say, borrowed by an unscrupulous ancestor from a cathedral. Or was it part of a bride’s dowry? Or part of a settlement of a generous debt? No one remembers anymore.

Anyway, it is beautiful and, more important, large enough (double doors!) to serve as the backdrop for a large and growing family. If the Windsors of the United Kingdom have the balcony at Buckingham Palace, the Coos of Somewhere in Manila have the space in front of their front door. And like the Windsors, certain protocols are followed when taking the annual photograph.

The parents are, of course, in the center and we, their fruit, rotten ones included, flank them on either side. Sometimes metal chairs or marble stools from our garden are employed (the tall ones should sit down) and sometimes we just arrange ourselves artfully on the steps.

Today, big toothy smiles are the norm, but I know that the photographs of ancestor Coos were toothless. I can pinpoint exactly when the smiles began: When photographs acquired color, the pearly whites as if it the joy of color was a signal to shake off all that seriousness. Actually, I think the no-smile look was regal, and I would like to try it at least once. (Please, Mom?)

Naturally, we are dressed for the occasion. You must know that my Truly Rich Mother is the kind of old lady who still dresses up for dinner. In fact, she frowns upon my choice of “soft clothes.” Which in my defense I only wear when we are dining at home. I mean, who am I dressing up for, Mom? The Prince of Bahrain (who may or may not have been a guest during a long-ago holiday)?

I’m not talking about suits for men or gowns and gloves for women. We just wear something traditionally Truly Rich: smart and clean clothes in the palette of beige and white. And day diamonds.

Sometimes there are themes, which depending on the theme, I hate or hate even more. One time, the Truly Rich Aunt with the stone face insisted that we dress in polka dots. “It is lucky and festive,” she said. “It is stupid,” I thought. That photo you will never find.

Another time, an out-of-touch relative suggested we dress as the house help and they as us. “For fun!” he said. “,” I thought. “My Nina Ricci dress would never fit Manang Rose!”

Today, the photos are taken by whoever has the best mobile phone. It is usually an iPhone (and that weird relative who voices out that an Android is better is drowned out by a chorus of boos). We’ve given up on hiring a professional photographer, because we are really, really trying to not make this an elaborate production.

Besides, the candid quality of the snapshots is charming. The arrangement of characters is still strictly followed—oldest ones at center!—but the rest is very relaxed. Maybe some are looking elsewhere. Maybe a lock of hair flits in the wind. And maybe the small children are crazy.

These little ones who are at once so used to taking photos and also a pain to photograph give joy to the memory of a very happy Christmas.

You know, we’ve been doing that “normal family” photo long before Prince Charles, Camz, the Fab Four, and the kids ever did. 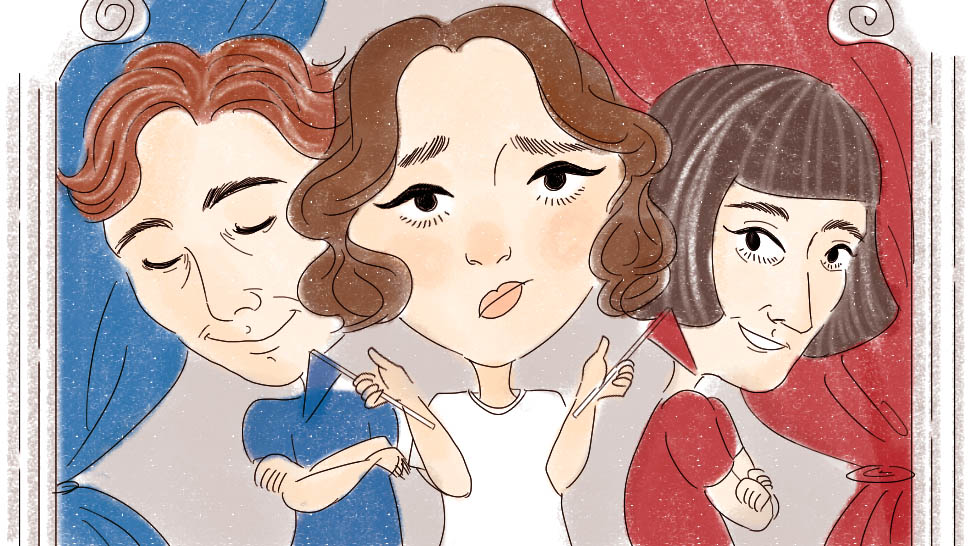 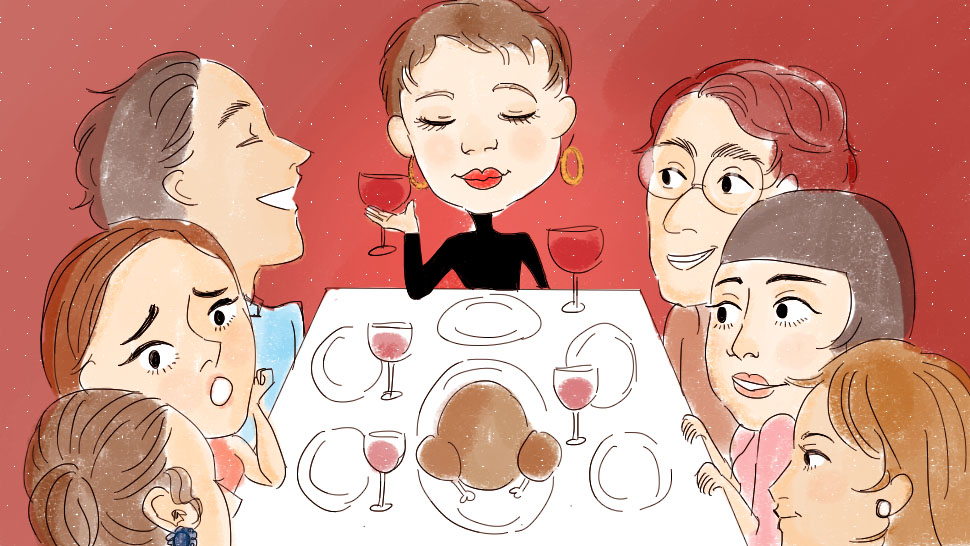