You Should Consider Getting the New Toyota Camry Over an SUV. Here’s Why 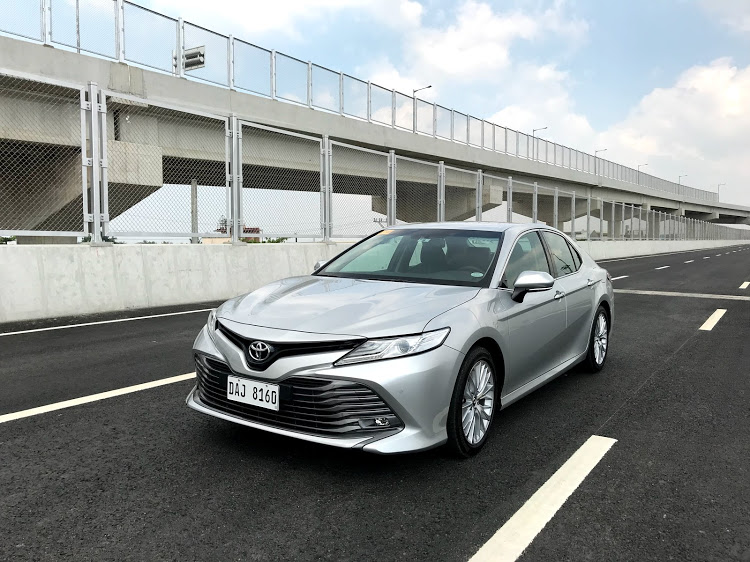 In case you haven’t noticed, SUVs are continuing their march towards global domination. Forbes, quoting automotive industry consultant LMC Automotive, reports that SUV sales rose globally in 2017, while passenger cars fell two percent. Go back further to 2013 and the trend seems clearer: LMC says SUV sales are up an astounding 87 percent while car sales are down eight percent.

You can’t really blame new car buyers if they’re salivating over SUVs and pick-ups while barely glancing at sedans. Here in the Philippines, especially, less-than-ideal road conditions, the constant threat of heavy rains and floods, and other considerations make crossovers or SUVs a more practical choice despite higher costs and perceived impact on the environment.

Still, don’t count out passenger cars just yet. While American car companies like Ford have announced that they are slowly phasing out most of their sedan lineup by next year, many Asian carmakers are still churning them out, perhaps counting on drivers’ emotional connection with their cars. Either that or they’re just hoping something would stick. 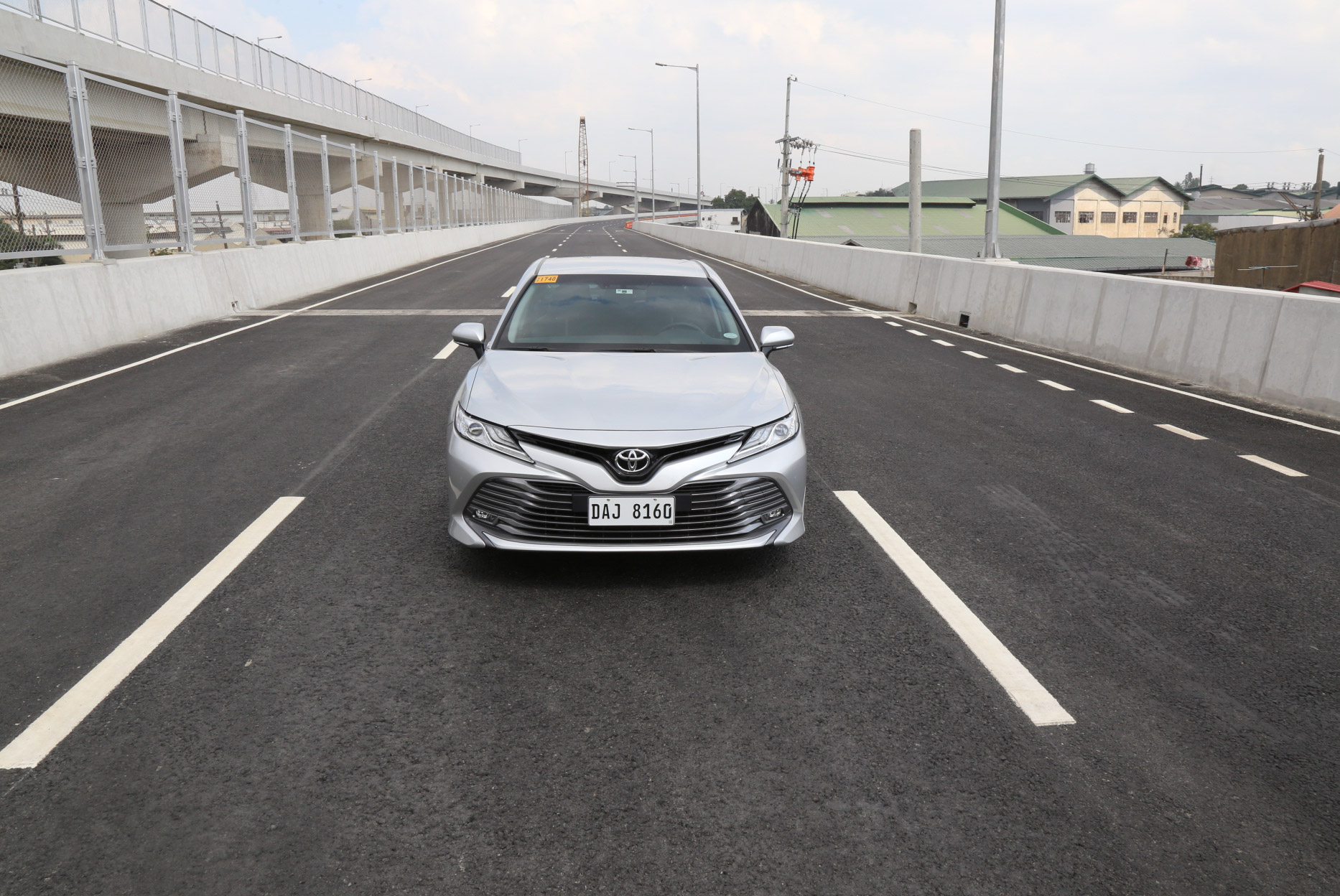 Take Toyota’s Camry, for instance. Now on its eighth generation, the Camry has been the market leader in the midsized executive sedan segment for years. When Toyota Motor Philippines introduced the all-new Camry locally last December, officials explained that despite the Camry enjoying healthy sales in past years (286 units in 2017), there has been a significant decline in 2018 (just 160 units as of November last year).

It’s the cyclical nature of the model, officials explained, although, as worldwide trends show, it could be due to consumers simply choosing the alternative (crossovers and SUVs).

That’s a shame because after TMP lent me the Camry and I got to drive it around for a few days, I’m convinced it’s a topnotch car that’s worthy of space in any car lover’s garage.

First off, it looks great. I never really noticed Camrys before as they generally weren’t that visually arresting, but this new one is a huge step up and is quite a looker. The headlights are narrow and no-nonsense (it almost seems like they’re conveying impatience and judgment). The front grille is especially eye-catching and bears a striking resemblance to a Lexus, Toyota’s more luxurious cousin.

Inside, there’s stitched leather and a simple, easy-to-navigate dashboard dominated by a touchscreen infotainment system. It took a while to find the volume button on the steering wheel though, and for some reason, I couldn’t connect my phone via Bluetooth, something that should’ve been a breeze given how essential connectivity is for new cars these days. I had to use the USB port to connect my phone.

That is perhaps my only complaint about the Camry. I was most impressed with how smooth and refined the drive was, no matter whether I was on highways or on secondary roads with more than a few bumps and cracks. There’s parking assist as well as a pre-collision system that sends out a helpful alert when a car or pedestrian gets too close.

You can engage Normal and Eco Mode for everyday driving, but when you’re feeling especially adventurous, turn on Sport mode and feel the power surge through the car. I know I may have enjoyed it a bit too much, but it was a good feeling to cruise around in the Camry. 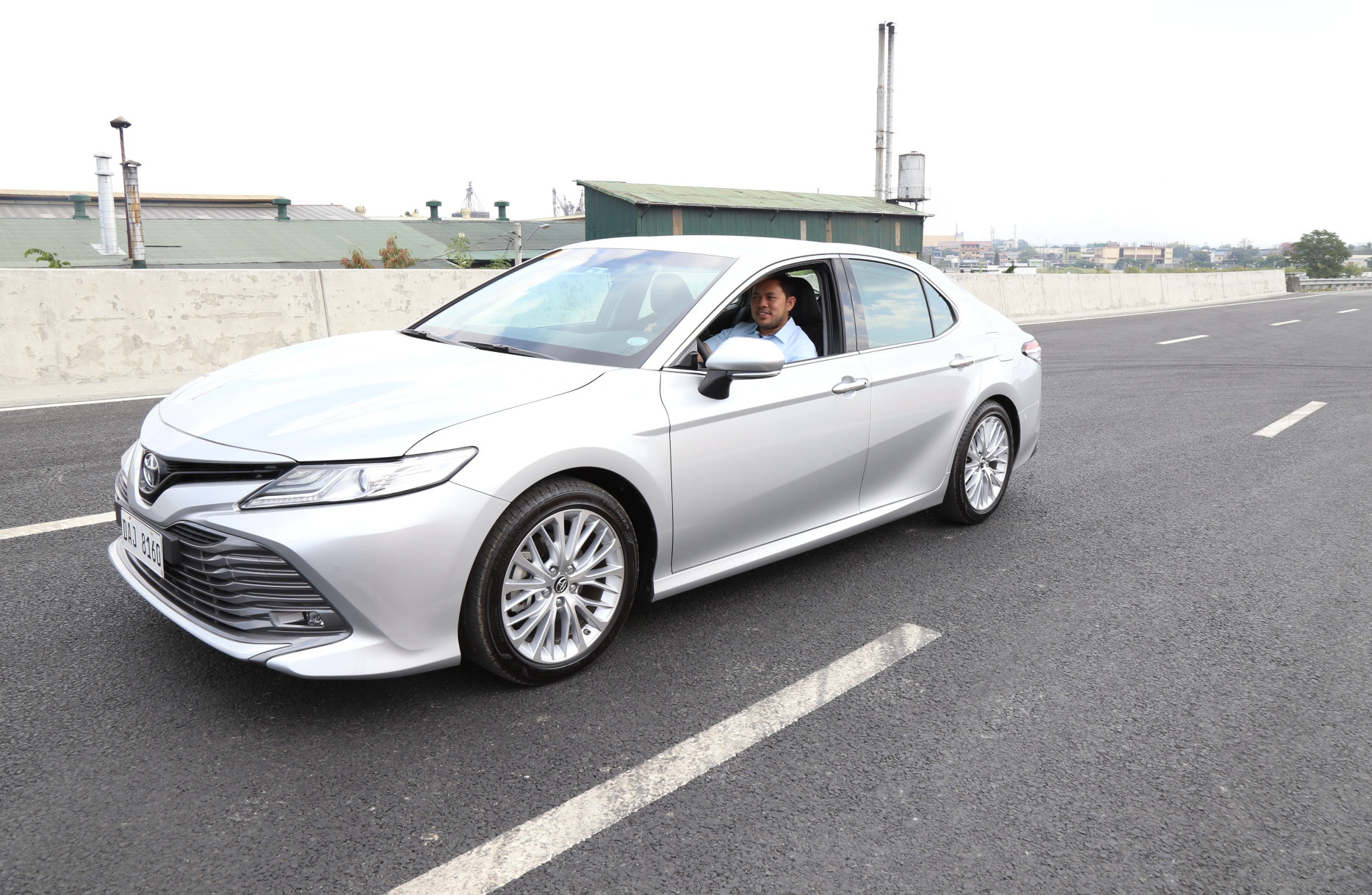 By the third day of driving it I had gotten so used to it I almost forgot it wasn’t mine. I had an appointment to meet with the secretary of the Department of Public Works and Highways Mark Villar at the newest segment of the Harbor Link Road connecting Valenzuela and Caloocan that day and even he was curious about the car I was driving. So to make it more interesting, I let him drive and feel what it was like behind the Camry’s wheel.

“I like it,” he said as we zoomed across the freshly constructed road with no other cars behind or in front of us. I snuck a glance at the speedometer and noticed we were well past 100 kph. “It’s so smooth and quiet, you don’t even feel how fast we’re going.”

I had to agree with the assessment. The Camry makes quite a compelling argument for choosing a sedan over an SUV if you’re in the market for a new set of wheels. 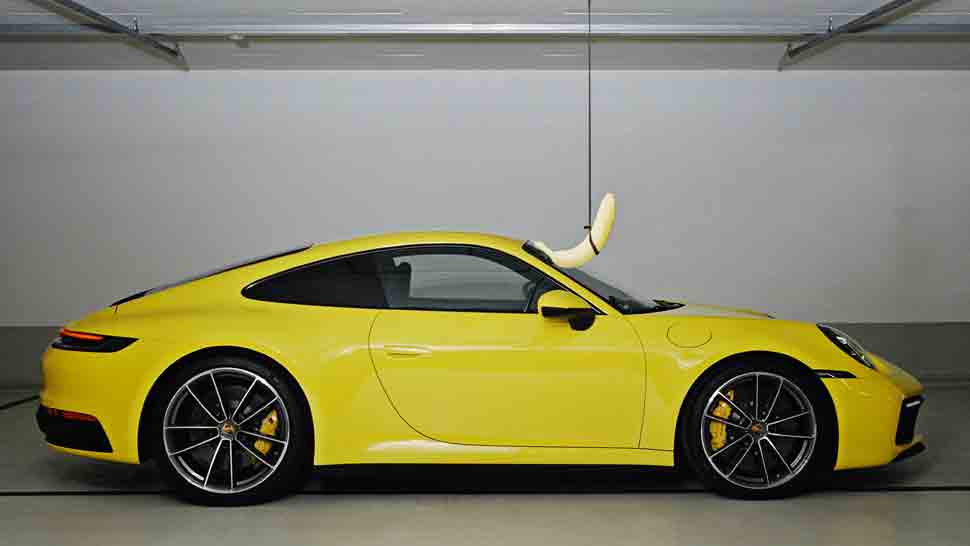 What’s it Like to Take the Ferrari Portofino and GTC4 Lusso T Out for a Spin?
All Photos
Comments
View As List