EVs, SUVs, and a British Sports Car: Here's What to Expect from the Auto Industry in 2020

Models and brands set to debut this year.

Electric vehicles (EVs), full-size SUVs, more Chinese vehicles, and even a British sports car maker: all that’s on the docket for 2020.

Even with the country’s auto sales on recovery mode last year, manufacturers, distributors, importers, are still on pedal-to-the-metal mode so get ready for several reveals this year.

This list is far from complete, mind you, as getting a scoop from auto companies this time of the year is harder than winning the 6/58 Ultra Lotto, and there aren’t any specific launch dates as well so don’t sell your old car just yet.

It may come early or much later in the year but know that these babies will be in dealerships near you sometime very soon.

The country’s No. 1 automaker has been very tight-lipped about its upcoming models, but if this February launch in Japan is anything to go by, we might see the all-new Yaris here this year.

It will now use the B version of the TNGA (Toyota New Global Architecture) platform, which allows it to either have a front- or all-wheel drive layout.

New inline-threes will be powering the Yaris. We could get the 1.5L Dynamic Force engine mated to either a six-speed manual transmission or a CVT (continuously variable transmission).

Other propulsion sources, which will be made available in Japan, include a 1.6L turbocharged engine, a 1.5L Dynamic Force hybrid engine, and a 1.0L engine.

The Yaris will be the first Toyota to have Teammate Advanced Park and Advanced Parking Support System. It will also come with Turn Tilt Seats, which allow for easier ingress and egress.

Yutaka Sanada, regional senior vice president of Nissan Asia and Oceania, announced in early 2019 that the marque’s most popular EV will debut in 2020 and we’re still holding our breath.

As it is an EV, it will be exempt from excise tax, but there’s still the issue of tariff or import duties, which is anywhere from 15 to 100 percent.

The price on this five-door, five-seater unit is still undetermined but anything above P1.4 million may make it a far second option for buyers.

It’s the brand’s first-ever EV and it’s coming this year.

Taycan is Turkish for “lively young horse” and clearly, this unit will easily live up to its name. The base model alone churns up to 523 horsepower and 640 Nm of torque, and can go from zero to 100 kph in four seconds flat.

Looks have been borrowed from the 911 while the cabin sports a very techie take on the 911 cockpit, what with that huge touch panel that starts from the infotainment system and goes all the way down to the center console.

The brand with the bowtie made a big splash late last year with the announcement that its two full-size SUVs will debut locally this year.

One of the big changes for both models is a new independent rear multi-link suspension setup, which replaces the old model’s live axle and leaf springs.

That turns its old Silverado-like ride to a more palatable and comfortable crossover experience and increases cabin space starting from the second row all the way to the rear, including the cargo area.

These all-new units are also longer in total length and wheelbase than their predecessors.

Ford is the very first automaker to send out a save-the-date this year. Based on the January 23 invite’s photo, the model they’re set to launch is an outdoorsy type that can take rough and rugged terrain.

As capable as Ford’s SUVs are, I would rule out the sixth-generation Explorer, the Everest Sport, and most definitely the Kuga (formerly known as the Escape and expected to be launched in Australia this year).

My gut tells me it could be a pickup truck, which means either it’s the Wildtrak X or the Ranger FX4. Both will be powered by the Raptor 2.0 bi-turbo diesel engine but the main difference is the latter is a spec-ed up XLT.

The Wildtrak X looks more robust with a bull bar, roof rails, snorkel, and blacked-out fender flares, while the FX4 gets black sports bars on the bed. 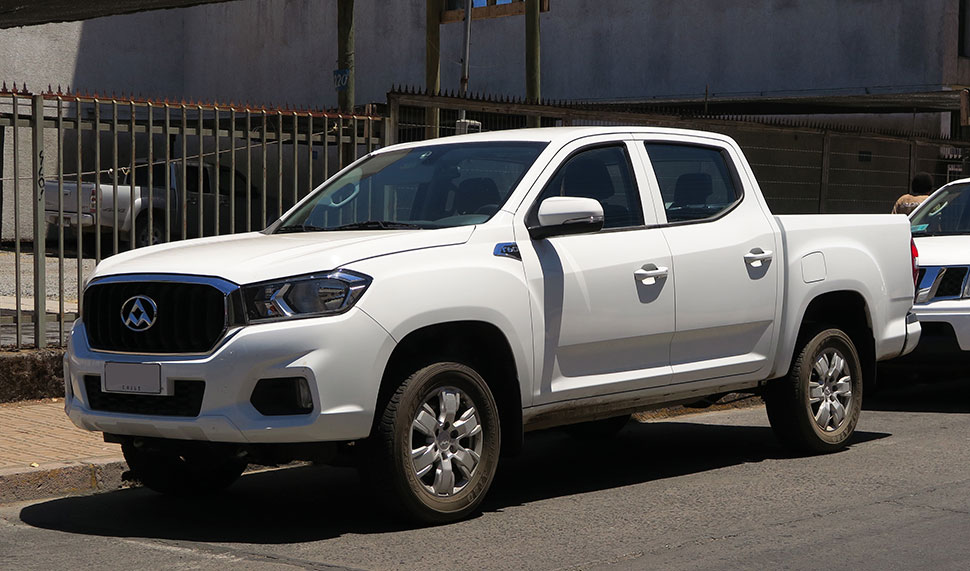 Maxus is expected to launch its first pick-up truck in the market sometime this year. Specs of the local unit have not yet been revealed but based on what’s in the global market already, we can speculate.

Called the T60, this Chinese-made unit originally came with a 2.8L diesel engine with variable-geometry turbo. Recently, it was supplemented with a 2.0L turbo engine and a 2.4L naturally aspirated gasoline engine.

All trims will have Normal, Eco, and Power drive modes but only the top trim comes with lane departure warning, a 360-degree camera and hill-start assist.

GAC is set to expand its lineup this 2020 with two new vehicles: the GS5 SUV and the GM6 compact multi-purpose vehicle (MPV).

The GS5 has only one engine—a 1.5L turbocharged gasoline engine—but will have two trims. The base model has 150 hp and 235 Nm of torque and the higher trim with 167 hp and 265 Nm of torque. A six-speed automatic transmission is standard on both but you can opt for the manual on the entry-level unit.

The GM6 is the more compact of the two “vans” of GAC but is still configured as a seven-seater. There are no sliding doors on this unit yet the second row still sports two captain’s seats. It has a 1.5L turbo engine that sends 166 hp and 265 Nm of torque to either a six-speed manual transmission or a seven-speed dual-clutch transmission.

Get your wallets ready because famed British automaker McLaren is about to set up shop in the country.

With dwindling sales in the United Kingdom, the brand has set its sights on countries in the region, including the Philippines.

Talks with potential local distributors began in 2016 and four years later, work is nearly finished on the physical dealership in Bonifacio Global City.

Expect to peruse your favorite McLaren models on the floor by mid-2020.

And more still to come

Nine new models and a new marque are set to premiere this year and this is just for starters.

More will come, without a doubt, so whether you’re in the market for a small car, an EV, a large SUV, a pickup truck, or even affordable China-made units, holdout for now to be sure you get to see all that’s out there before you make up your mind.

Trust me, there won’t be any shortage of choices this year, that’s for sure.

The onus is on you to make the right decisions and be judicious with your spending to make sure you get the car that’s right for you.

Why Rolls-Royce is Bullish About the Philippines

Sportier and More Modern: Traffic Isn’t As Bad When You’re Driving the New Audi A4
All Photos
Comments
View As List