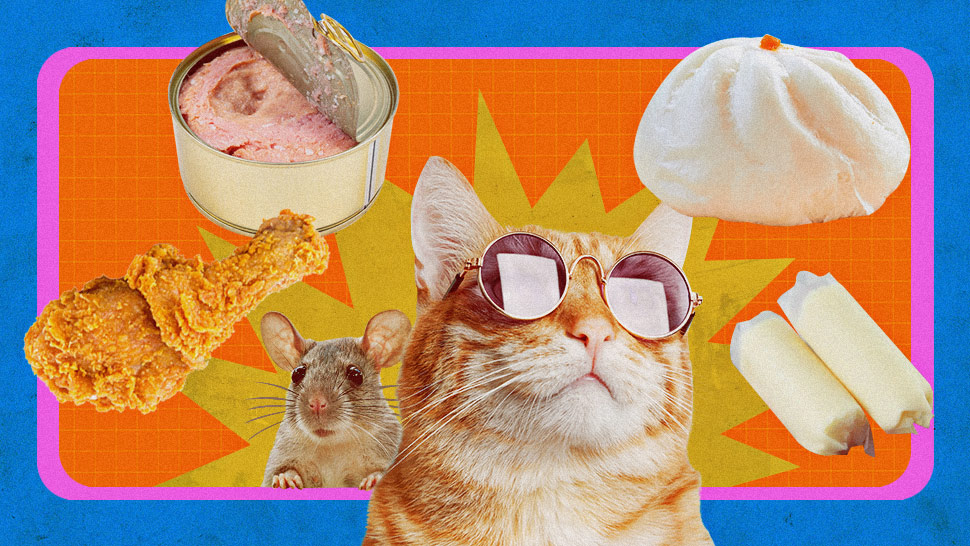 This whole incident with Jollibee and the deep-fried towel got us thinking about all of the other stories involving horrible and disgusting urban legends attached to food items over the years. Some of them are just that: stories that have been shared and passed along, often without the benefit of confirmation or fact-checking, and so the veracity is suspect, at best. Some, however, like the #JolliTowel incident, are most definitely real.

Let’s parse through some of these stories we’ve heard and re-heard from friends, colleagues and the media over the years and figure out which ones are genuine and which ones are just horrible but fascinating urban legends.

Anyone who grew up in the 80s and 90s would’ve likely heard this story. Supposedly a woman orders chicken from a popular fast-food restaurant and goes to watch a movie. (Nobody ever seemed to question why someone would choose to eat fried chicken while inside a cinema). Eventually the woman notices something strange about what’s in her hand. Sometimes it’s the sickening stench of the meat, other times she bites into a hairy tail. To her horror she discovers that she’s been going to town on a deep-fried rodent.

In 2015, an updated version of this story made the rounds, this time with photographic evidence.

Verdict: This is most definitely an urban legend. There has been no concrete evidence that this ever happened. The new version, meanwhile, has also been disproven. What looked like a rat was actually just regular chicken.

This one has also been making the rounds since at least the late 1970s. The story claims that, instead of beef, fast-food burger patties are actually made of worms. Or, at least, the worms are added to the meat. (I’ve heard this one, too, numerous times when I was a kid). And it’s not limited to just one specific fast-food brand. But the rumor got so popular that the fast-food company was forced to issue a statement debunking the myth.

Verdict: Definitely an urban legend. There is absolutely no truth to the rumor that worms were ever used to make burger patties. (Although meat that comes out of old-school meat grinders can sometimes look like worms). Not to mention the fact that using earthworms as protein is incredibly expensive—supposedly much moreso than beef.

A can of luncheon meat is easy “ulam” for many a working-class Filipino. But certain brands have been on the receiving end of multiple reports of questionable meat used for its products over the years. There has been persistent reports that everything from embalming fluid to aborted fetuses have been used to create these canned mystery meats.

Verdict: Somewhat true. Although no evidence exists about the use of embalming liquid or fetuses, some luncheon meat brands have been recalled over the years. Most recently, a ban was imposed on the importation, distribution and sale of Ma Ling luncheon meats in 2019 to protect against the spread of the African Swine Fever.

Candies—those delightful sweet treats for the kids and kids-at-heart—have not been spared from horrifying stories. White Rabbit milk candies, in particular, have been enjoyed by generations of children in many countries across Asia and elsewhere. But, until now, there are still stories about the harmful effects of these candies because of the ingredients that go into them.

One in particular, from 2008, claimed that four infants died and some 53,000 got sick from contaminated baby formula. The report was related to the White Rabbit scandal because the candy was supposedly found to have “unacceptably high” levels of melamine, an industrial chemical that was found in the milk that sickened and claimed the lives of the infants.

Verdict: Somewhat true. White Rabbit has been satisfying generations of sweets lovers since 1943. It has faced numerous issues over the years, some resulting in temporary bans or recalls in certain countries. In 2007, the Philippines banned White Rabbit along with several other Chinese-made food products because they were found to contain formaldehyde and other harmful substances. The manufacturer, Guang Sheng Yuan (Group) Co. Ltd., even threatened to sue the local Food and Drug Administration for defaming the brand, placing the blame on counterfeiters.

In any case, the issue seems to have been settled as White Rabbit Candies are freely sold in Philippine stores today.

Siopao is a favorite snack for many Filipinos, but just as many have probably heard of the old story of how the stuff inside the fluffy white bun is actually made of feline meat. This one has been going around for decades (ask your ate or kuya, tito or tita). If you don’t believe us, just try googling “cat meat siopao.”

Verdict: Urban legend. There are records of humans consuming cat meat throughout history, and it is still considered a delicacy in some parts of the world today. However, we found no conclusive evidence that cat meat was ever used in siopao here in the Philippines. This blogger even claims that he spoke to an FDA official to ask about the myth and he confirms that, although the agency has received reports, multiple inspections have turned up no evidence of poor Muning ending up as palaman inside the doughy siopao bun.

Yet another popular street and sari-sari store sweet, Storck is the menthol candy in the familiar green plastic wrapper. But there have been stories of the candy containing certain harmful elements, leading some people to avoid it altogether.

Verdict: True. In 1996, United States Food and Drug Administration found toxic amounts of lead in Stock’s foil-like paper wrapping, according to a report by the Los Angeles Times. Officials looked at the product after it was found in the home of a three-year-old girl who was found to have high levels of lead in her blood.

The manufacturer of the candy, Storck Products Inc., was forced to pull the product from the market. A report in the Philippine Daily Inquirer said Storck was eventually rebranded and is now known as Starr. 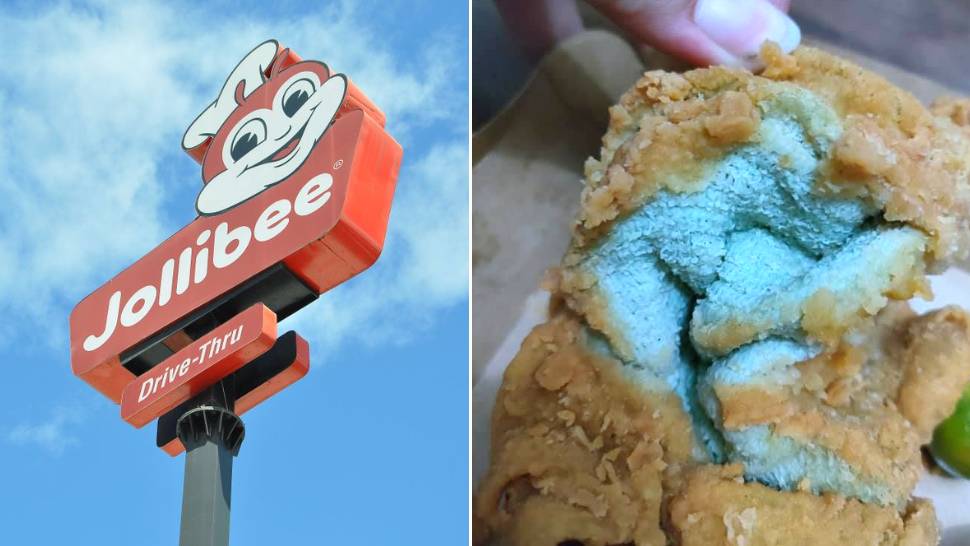 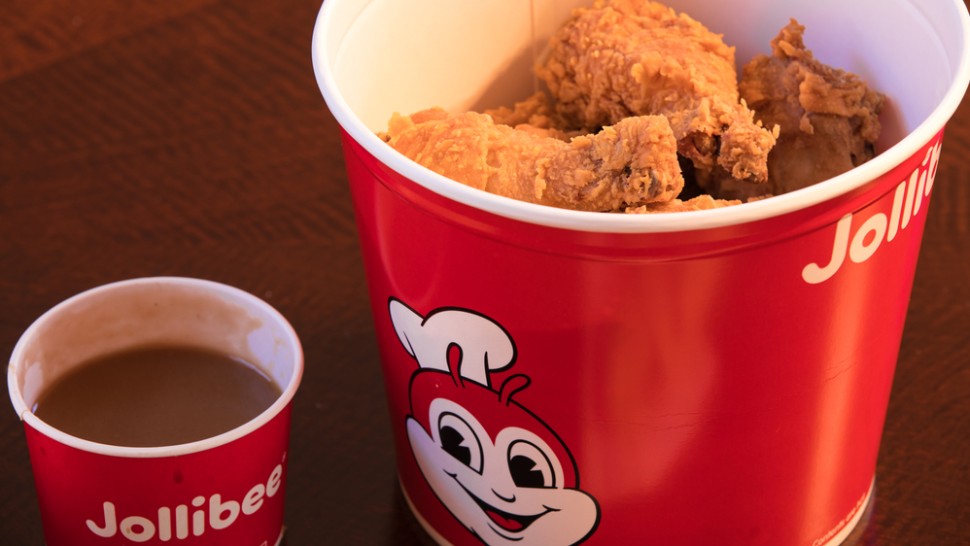 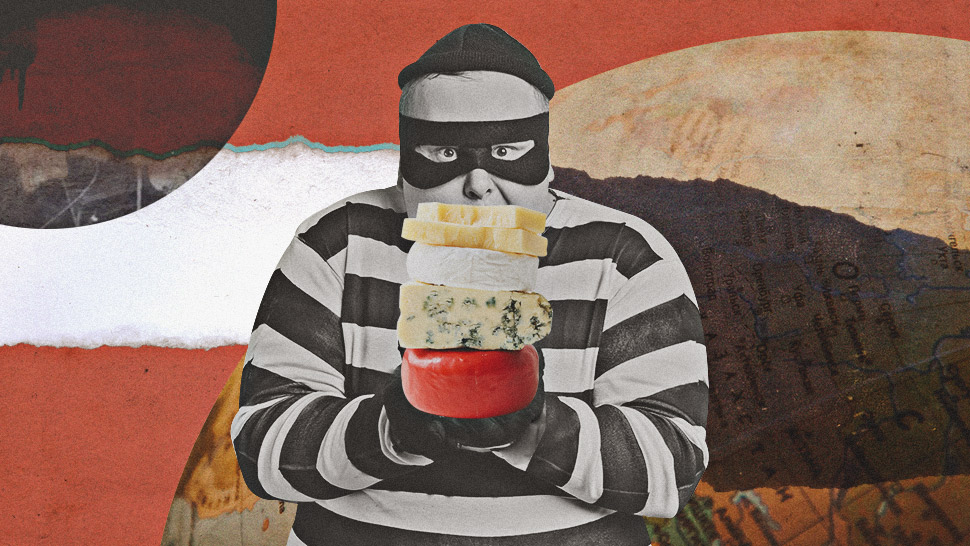 The Most Stolen Food Item in the World Is Cheese. Here's Why