How to Monetize FOMO: This Month’s Pop Culture Playlist

JZ gets acquainted with a canine friend, lovers during the Cold War, and the scammer behind "the greatest party that never happened" 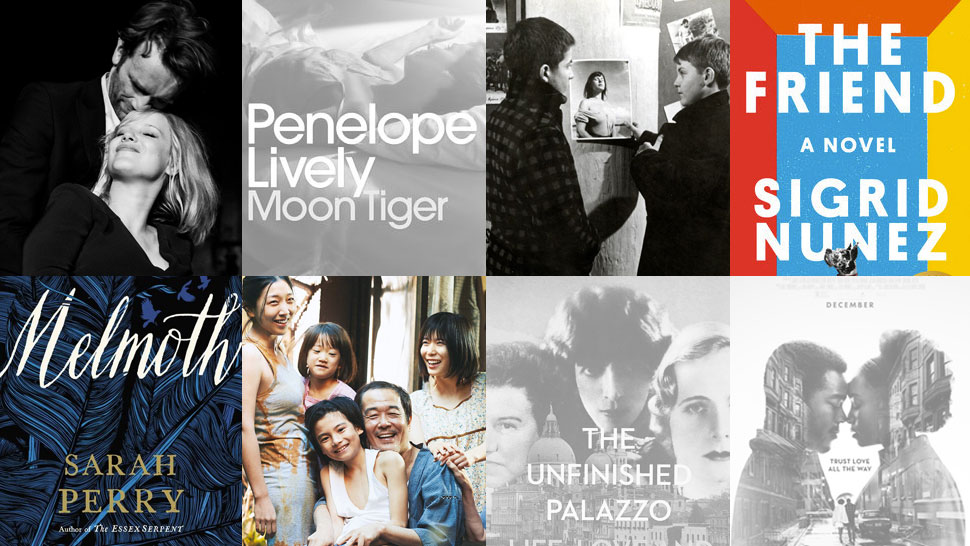 Francois Truffaut said, “Three films a day, three books a week, and records of great music would be enough to make me happy to the day I die.” A good plan for spending your life, but for that annoying concept: bills. So I make do with three films and one book a week minimum, which is doable if you don’t fritter your life away on social media, having arguments that will never be resolved. At least books and movies end, though we wish the great ones would not.

The Friend by Sigrid Nunez

So wonderful and gripping, I read it in one sitting. Told in the form of a memoir by a writer whose close friend has died. She takes in his dog, a huge Great Dane that is even more grief-stricken than she is. It’s about friendships between people and animals, how writers turn their own lives into fiction, and the futility of describing suffering in words. I was so fascinated by the memoir that I wondered who the dead writer was. Then I remembered that The Friend is a novel—not factual, but true—that won the National Book Award for Fiction. So now my cats demand that I write a novel about them.

Conversations With Friends by Sally Rooney

This much-lauded debut novel is about a hyper-articulate menage a quatre: lesbian exes and a married heterosexual couple. Would that all complicated relationships were so cleverly described.

Reread after 20 years, it’s even better than I remember. On her deathbed, a popular historian considers her personal history, her extremely close relationship with her brother, her disappointment at her daughter, and her grand passion in the desert in World War II. The POV shifts frequently, telling us that the narrator doesn’t know everything.

Last month I made a pilgrimage to the Booksale branches near me—a belated thank you for its having sustained me in the dark, pre-import liberalization years. I ended up buying nine books for the price of a single new book. This one is a classic. I read some of these essays in high school and decided that New York was the most interesting place on earth. Must write letter demanding that Fran publish more often.

So ludicrous it’s spawned two documentaries, the Fyre Festival debacle is ammunition for the “I hate millennials” set. The Hulu version has an interview with the impresario Billy McFarland himself, while the Netflix version has the guy who redefined “taking one for the team.” McFarland is clearly not the sharpest tool in the shed, so what does it make of the people he swindled? As I watched the ongoing garbage fire, my reactions alternated between “Holy crap” and “Ha! Buti nga sa inyo!” A lesson on how to monetize FOMO.

I expected the experience to resemble leafing through society magazines full of people who really, really want you to know they’re rich. (Why bother, when a large deposit to my account will prove your point with less fuss?) As it happens, I saw it on Chinese New Year’s Eve and found it very entertaining. It’s an ancient story updated with the right bells and whistles, director Chu has a light touch, and the leads are charming AF. My favorite bit: Ken Jeong telling his kids, “Eat your chicken nuggets, people are starving in America!”

It takes nerve to make another adaptation of the EM Forster novel when the Merchant-Ivory film starring Emma Thompson and Helena Bonham-Carter is so well-loved, but this four-episode series written by Kenneth Lonergan (Manchester By The Sea) renders its themes more clearly for the contemporary audience. A family of dreamy intellectuals encounters a family of businessmen, a clash of cultures and classes ensues. With Hayley Atwell (our much-missed Agent Carter) and Matthew Macfadyen.

By far the most romantic movie I’ve seen in years. In Communist-era Poland, a musician researching folk music meets a young woman (Joanna Kulig, remember the name) with moxie, and their affair spans the length of the Cold War. Based on the story of the filmmaker’s parents. Watching it is like having your heart broken repeatedly until it feels like happiness.

The 400 Blows by Francois Truffaut

I showed it to my friend’s Broadcasting students, expecting them to fall asleep or escape, but found them engaged by the film inspired by the filmmaker’s childhood. Affectionate but tough, grim but hopeful, it should be required viewing for everyone.

Funny-sad and compassionate, it questions the definition of “family.” Shouldn’t the families we choose take precedence over the families we acquired through accidents of birth? But the law must prevail, though the characters are happiest when they’re living in squalor and stealing groceries to survive. Then again, they’ve experienced real love, which is something many legal families cannot provide, even grudgingly.

If Beale Street Could Talk by Barry Jenkins

The adaptation of James Baldwin’s novel about young lovers whose dreams are crushed just because of their color. Love and rage shot in gorgeous oranges and browns, with a spectacular performance by Regina King as the mother.

You really loved The Essex Serpent and want more of that mock-Victorian gothic: Melmoth by Sarah Perry, where a major revelation takes place in Manila.

You love anything about Venice: The Unfinished Palazzo by Judith Mackrell, about the building that now houses the Peggy Guggenheim Museum, and the women who lived there.

You love Annette Bening (marvelous) and Saoirse Ronan (not yet ready to play the character): The Seagull, a film adaptation of the Chekov play.

You enjoy accounts of dramatic true-life events: Seven Days in Entebbe, another retelling of the hostage drama that gripped the world. With Daniel Bruhl and Rosamund Pike as the hijackers.

You love The Favourite and want to know more of the history: The Churchills. I wanted to find out what happened to Sarah, the Duchess of Marlborough (Rachel Weisz in The Favourite), and found that she is one of history’s winners. Her descendants include Winston Churchill and the Princess Diana. Historian David Starkey’s documentary tells us that Winston Churchill was uniquely prepared to lead Great Britain in World War II, because when his political career was in the doldrums, he wrote a massive biography of his ancestor, the Duke of Marlborough, who was victorious in the campaign against France’s Louis XIV. The lessons he gleaned from his writing served him wonderfully well, says Starkey, and he repeats this point every 15 minutes in case you weren’t paying attention.

You love Van Gogh and tales of mad artists: At Eternity’s Gate. Willem Dafoe is brilliant as Vincent, and Julian Schnabel’s approach is to show us the thinking that went into each painting. Of course it’s depressing. With Rupert Friend as Theo Van Gogh and Oscar Isaac as Paul Gauguin. I much prefer Vincent and Theo by Robert Altman, and cannot forget Tim Roth as Vincent eating paint. You have to read Vincent Van Gogh’s Letters to Theo, they’re astounding.

You still can’t get enough of American politics: The Front Runner. I do not know how Jason Reitman’s take on how a candidate’s personal life became a public issue (people seemed not to care much before that) can compete with the testimony of Michael Cohen against his former client Donald Trump. But Hugh Jackman is excellent as the candidate Gary Hart, whose 1988 presidential campaign was totaled by the media.

You love Hong Kong action movies: Project Gutenberg. Chow Yun-Fat and Aaron Kwok star in this twisty action thriller about forgers that takes convoluted detours into the differences between the real and the fake.

Velvet Buzzsaw (Netflix). Dan Gilroy’s send-up of the art world starring Jake Gyllenhaal as a bisexual art critic, Rene Russo as a punk musician turned gallerist, and Zawe Ashton (My friends cannot decide if she is overacting or underacting) involves killer paintings. It is not funny enough, and not scary enough, and if you want that killer combination, watch Sam Raimi’s Drag Me To Hell again.

Berlin, I Love You. You could’ve fooled me.