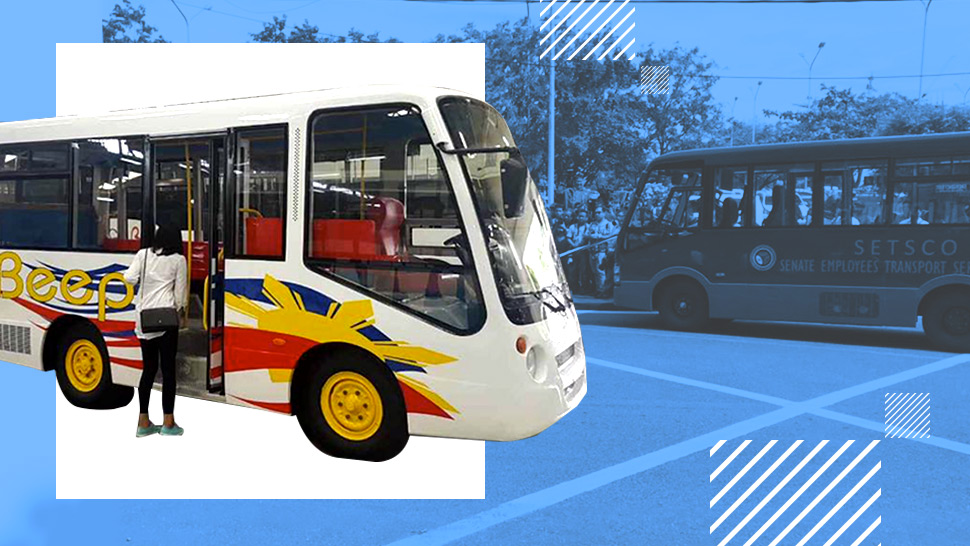 In a time of Yanny vs. Laurel, gold and white dress vs. blue and black dress, we introduce jeepney vs. mini-bus. Yesterday, June 18, 2018, in what the Department of Transportation marks as a “historic and momentous occasion,” the agency launched a fleet of 35 Isuzu vehicles in nationalistic colors, which they have also called the “modern jeepney.”

The “jeepneys” (that is, if you’re on Team Jeepney), are for Senate Employees Transport Service Cooperative as part of the PUV Modernization Program, which was launched in 2017. These models are supposed to help lower carbon emission by up to 40 percent, in line with the aim that, by 2020, public transportation on a national level would be sustainable and environmentally friendly. 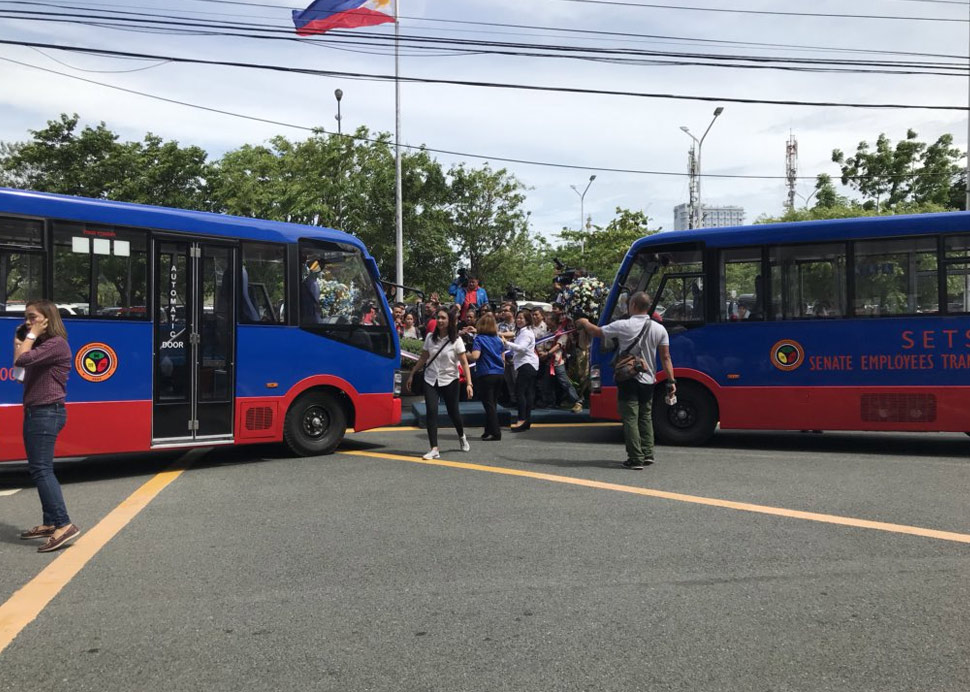 During today’s opening ceremonies, Senate President Vicente Sotto stated, “We’re giving the Philippine transport system a new face.” And they've apparently chosen to start with the Philippines’ most iconic vehicle. The original jeepneys were created from refurbished military jeeps, a surplus of which was left, in the time of World War II. These are the origins of the traditional jeepney’s rusty aesthetic and colorful and kitschy art.

Media outlets and social media users are still hedging around the words “modern jeepney”; some opt to say “e-jeepney,” although e-jeepneys are usually still open-aired, like the ones produced by Greenpeace. 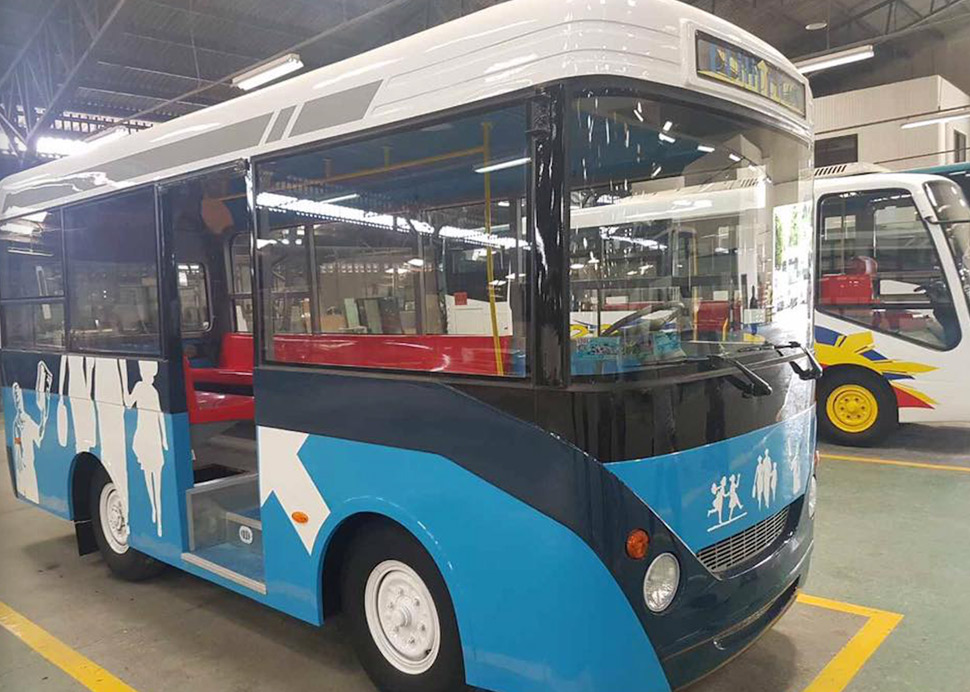 It might help us all to think of these new creatures as jeepneys that are going through a midlife crisis, or have become contestants on a makeover show. They look like mini-buses on the outside, and jeepneys on the inside. The exterior is a large, modern automobile (Isuzu by brand), but inside the seats aren’t front-facing like in a regular bus. In their place are benches that face one another, like in a traditional jeepney, framed by the usual metal bars.

You might spot the jeepney/mini-bus starting tomorrow, as they’ll be taking over the routes that circle StarCity/CCP to PICC, and GSIS/Senate to MOA to PITX. And if looking at these strangers makes you resistant to change, try to remember the old adage: it’s what’s on the inside that counts.

I am for modernization but to call them as modern jeepneys is a misnomer. They should be called mini-bus for it is what it is.