40 Things From Your Childhood That Could Make You Money Now

You may just kick yourself for never getting into Magic: The Gathering. 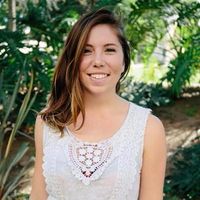 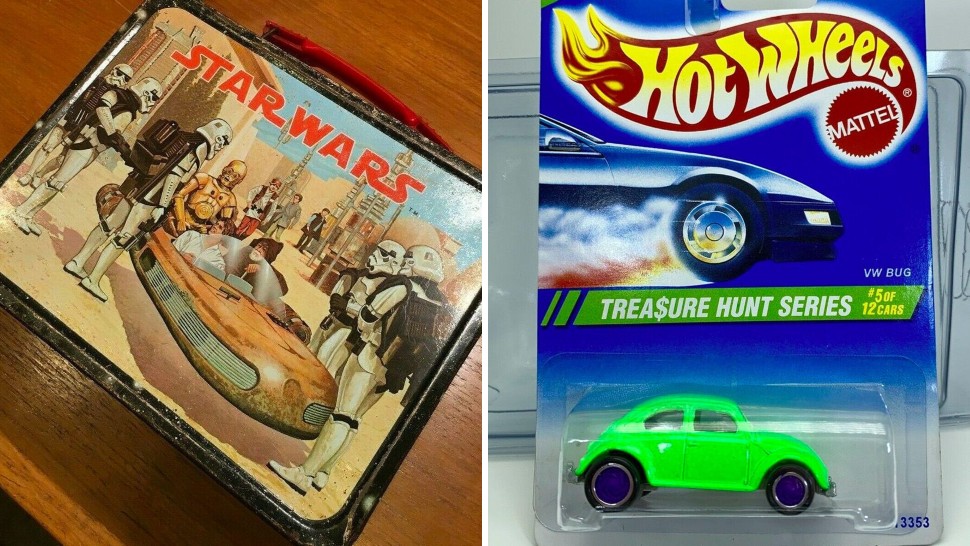 You probably put your childhood toys away a long time ago. But it might be worth unpacking those boxes filled with Beanie Babies, action figures, and toy cars if you want to make some quick cash. These items could be worth a small (and in some cases, large!) fortune now.

Your Charizard card from the first generation of Pokemon 1999 could be worth some serious cash these days?$67,525 to be exact. There are reportedly only 120 in existence, so they're especially valuable.

This 1989 Dracula-inspired Nintendo game is incredibly valuable these days. A mint condition copy of the game can go for almost $9,000.

Still have that old Super Soaker somewhere in your parent's garage? You might be able to get a few hundred dollars for it. 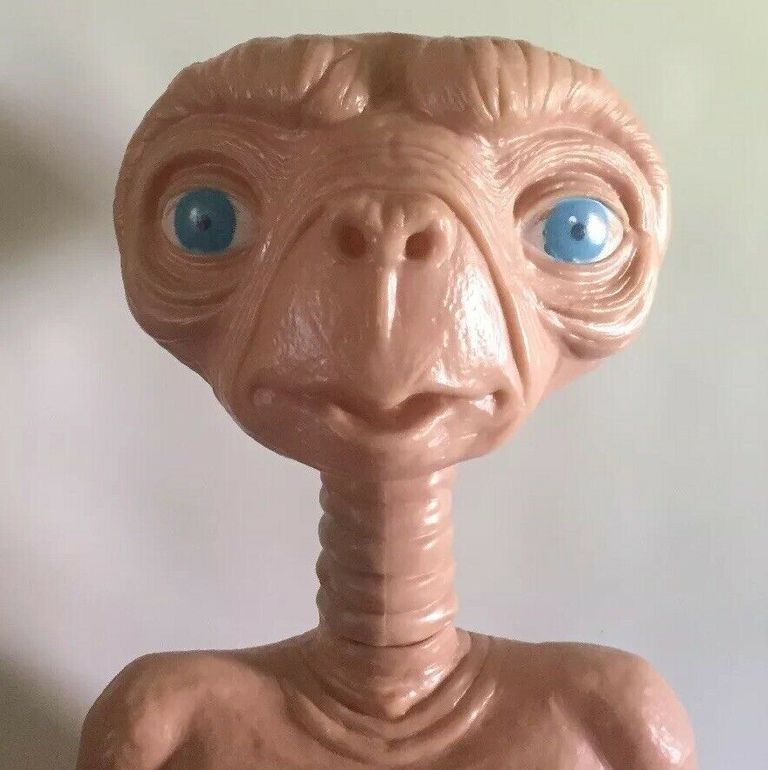 Who could forget this beloved alien character from the 1982 movie? If you were lucky enough to get the "life-size" (38-inch-tall) E.T. toy back in the day, it could be worth anywhere from $700 to about $900 today.

There are several vintage Transformers items from the '80s that are worth some real cash now. One of the more valuable ones is the villainous Deathsaurus action figure from the 1980s?it can go for a little over $900 today.

No matter how old you are, there's a Batman you admired (and probably had an action figure for). This 1976 action figure is worth a little more then $500 today.

Of course, Batman needs his signature ride. This vintage Batmobile from the '70s is super valuable these days: it sells for $850.

In addition to the Batmobile, Batman's gotta have his tools. This 1970s utility belt kit includes a communicator, decoder glasses, and a super-rare Gotham City decoder map. It's listed for sale online for a cool $3,395.

Tons of kids loved reading comics (or watching the TV show) about the adventures of Donatello, Michelangelo, Raphael, and Leonardo in the sewers of New York City. Those action figures you played with in the '80s are worth about $1,300 these days.

The Lego Technic Expert Builder Motorcycle is pretty hard to find these days, which is why this set from 1980 can go for as much as $908.

You probably already know that your Beanie Babies are far more valuable today than they were in the '90s. One of the most highly-valued ones is Claude the Crab. The 1996 plushie is listed for $5,000 on eBay.

Valentino the Bear is another Beanie Baby that could earn you some real cash. Even one of these 1993 bears with minor errors (like a misspelling on the tag) can sell for $1,000 on eBay.

This 1st edition Beanie Baby released in 1997 to commemorate the death of Princess Diana continues to be valuable. A mint condition Princess Diana bear is listed on eBay for about $200.

No doubt, Bengali was one of the coolest ThunderCats. Even cooler: This never-opened action figure from 1986 is really valuable today and is listed for nearly $870 online.

Panthro is another ThunderCat figure who's only increased in value over time. This 1985 figurine can go for almost $400 on eBay.

Who could forget the Mighty Morphin' Power Rangers? This Megazord action figure is actually made up of five Dinozords that come together to make Megazord. If you hung onto yours, the 1993 action figure could net you $700.

Everyone has a favorite Power Ranger. This "mega-size" (36-inch) version of the red Power Ranger was released in 1994 and has only become more valuable in the decades since. It's currently listed on eBay for around $500.

Maybe you can't get to New York to see the Ghostbusters firehouse in person, but you can own a replica of the firehouse from the movie?assuming you're willing to shell out $700.

Go ahead and dig that old Kermit the Frog doll out of the box in the attic. This 1976 Jim Henson toy is listed for sale at $133.

Another valuable vintage Magic: The Gathering card is this alpha-deck Birds of Paradise card. At $100,000, it's a bit less expensive than the Black Lotus card, but it's certainly still impressively expensive.

This alpha-deck Iron Star card is a rare find: Only 4,500 were ever printed. If you still have one, you can definitely earn some money for it. It's listed for sale for $1,099 on eBay.

That lunchbox with the good 'ol boys and trusty General Lee has become way more valuable in the last couple of decades. Today, this 1980 lunchbox can sell for $275 online.

This 1977 lunchbox (with a thermos included) features the famous "these are not the droids you're looking for" scene. It recently sold for $53 online.

This lunchbox and thermos set from 1973 featuring the beloved cartoon characters is pretty rare (and very valuable) these days. A near-mint condition set just sold for $449 online.

This sleek, simple design is classic Apple. If you were able to get your hands on one of these lunch boxes when they were sold in the '90s, it could be worth a good amount of cash now: about $110, to be exact.

Calling all Superman fans. Anyone cool enough to tote around this '70s lunch box (and smart enough to hold onto it) could sell it for just south of $1,000 today.

This first-edition Yu-Gi-Oh card from the '90s is especially valuable today. It sold on eBay for about $1,000.

The Treasure Hunt series of Hot Wheels released in the 1990s are especially valuable these days. The '67 Camaro from the series is listed online for $1,197.

Another car from the 1995 Hot Wheels Treasure Hunt series that's become more valuable is this electric green VW Bug. It won't earn quite as much as the '67 Camaro, but it just sold on eBay for $305.

This vintage Legoland set comes with everything you need to build a mini shell station. If you have one of these gathering dust in the attic, it might be time to list it online: other sellers have priced the 1978 set at $1,699.

Beauty and the Beast Black Diamond

Although most people don't have VCR players in their homes these days, certain VHS tapes can be surprisingly valuable. The rare Black Diamond version of Beauty and the Beast from 1992 can sell for hundreds of dollars.

Harry Potter and the Philosopher's Stone

If you were able to hang onto a first edition copy of Harry Potter and the Philosopher's Stone, it could net you some serious cash. Only 500 were ever published, and 300 of those were put into the British library system. According to a bookseller, these copies could be worth $40,000 to $55,000 each.

These vaguely creepy toys from the '90s can be surprisingly valuable. A pink Furby still in an unopened box from 1998 is listed for $400.

Though you can play Super Mario Bros on many different devices these days, the 1985 version of the game created for the Nintendo Entertainment System is valued by collectors. It's currently listed on eBay for $2,480.

If you got one of these limited-edition Buzz Lightyear figures for Christmas in 1998, consider yourself lucky. Today, this item can be worth about $400.

Of course, Buzz Lightyear needs Woody by his side. The limited edition Holiday Hero Woody doll just sold online for $220.

Individually, your Happy Meal Toys from the '90s probably aren't worth too much. But if you've got a whole bin of Happy Meal toys from when you were a kid, you could earn a few hundred bucks selling them as a lot on eBay.

About The Author
Jamie Ballard
Jamie Ballard is a freelance writer who covers news, lifestyle and entertainment topics, including TV, movies, health, pets, relationships, and personal finance. She loves traveling, coffee, and running.
View Other Articles From Jamie
Get The Latest Updates From Esquire!
Subscribe to our newsletter!
Latest Feed
Load More Articles
Esquire Money 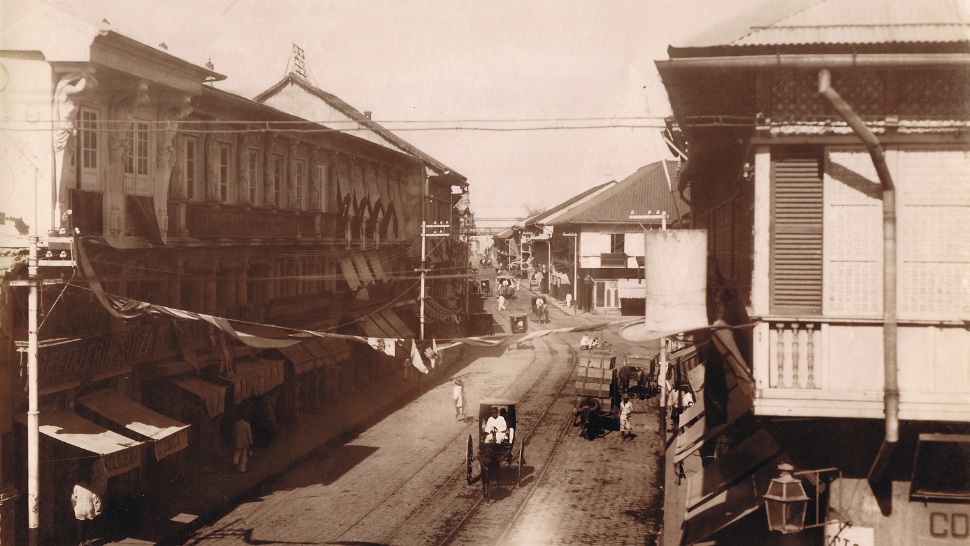 Inside Svalbard, the Doomsday Vault That Will Save Humanity From an Apocalypse
All Photos
Comments
View As List