Post-apocalyptic movies portray almost every scenario possible in the event of a crisis. Conserving seeds, however, is not one of them. And, it's one of the looming threats facing humanity. Case in point: Svalbard just recorded its hottest day ever at 21.2 degrees Celsius. The threat is very real in more ways than one, too.

According to Crop Trust, "many [food crops] are vulnerable, exposed not only to natural catastrophes and war, but also to avoidable disasters, such as lack of funding or poor management. Something as mundane as a poorly functioning freezer can ruin an entire collection. And the loss of a crop variety is as irreversible as the extinction of a dinosaur, animal, or any form of life."

The Svalbard Global Seed Vault is trying to guard against the permanent loss of plants in the future. Think of the facility as Noah's Ark—for seeds. Here's an inside look at the doomsday vault that will save humanity from an apocalypse.

Located on the Norwegian island of Spitsbergen, the Svalbard Global Seed Vault goes deep inside a sandstone mountain. 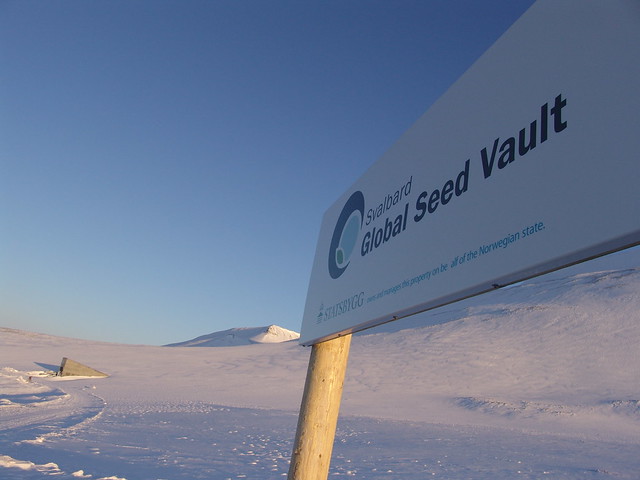 It's found halfway between mainland Norway and the North Pole.

The first stone was laid on June 19, 2006, by Norway, Sweden, Finland, Denmark, and Iceland's Prime Ministers. 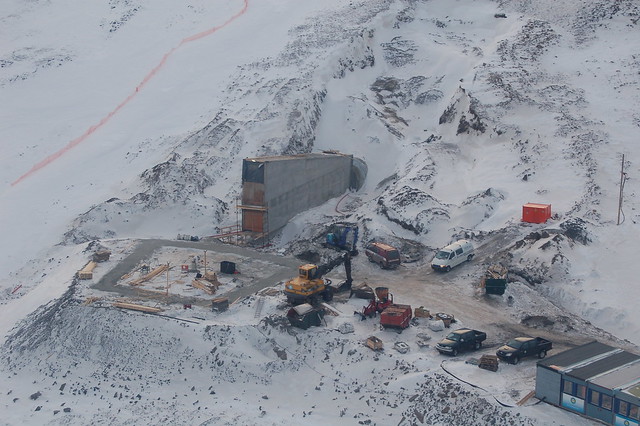 Over $8.8 million (approximately P433 million) of funding by the Norwegian government was used for the construction.

The Svalbard Global Seed Vault is a backup of sorts for a wide variety of plant seeds in the event of a global crisis. 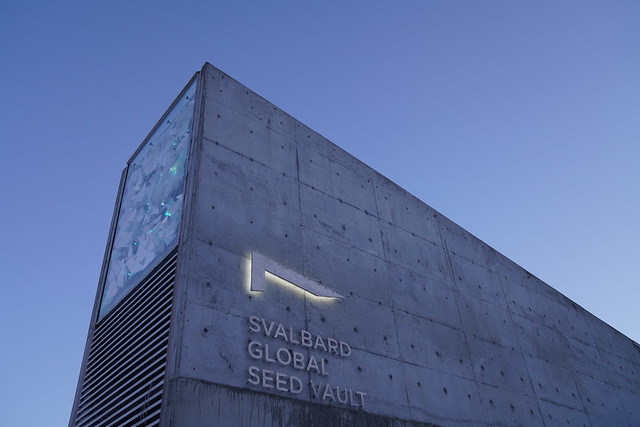 According to the Svalbard Global Seed Vault, the seed bank "offers storage for duplicates of all unique seed accessions conserved by national, regional and international gene banks, research institutes and NGOs."

The entrance portal is known for an illuminated fiber optic art installation by the Norwegian artist Dyveke Sanne. 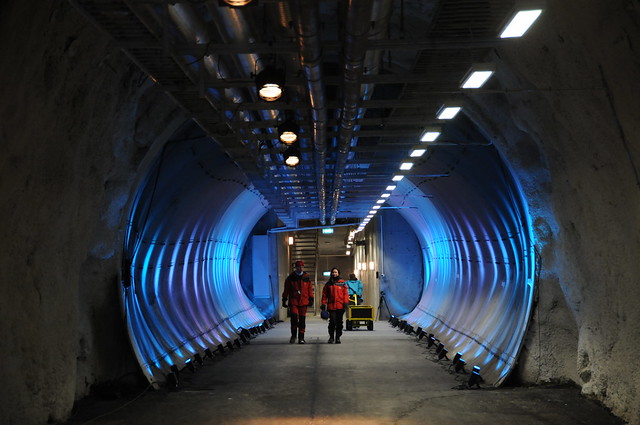 In 2016, the seed vault was breached by water and subsequently improved by removing heat sources and waterproofing walls. 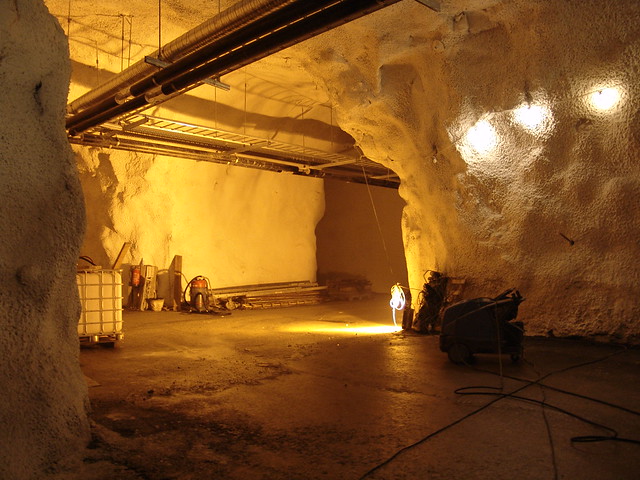 "This fall—October 2016—we had extreme weather in Svalbard with high temperatures and a lot of rain—very unusual. This caused water intrusion into the tunnel leading to the seed vault. The seeds and the vault was never at risk. This was no flooding, but more water than we like. So we are doing measures to improve and secure the entrance and tunnel," communications director of Statsbygg Hege Njaa Aschim said in a statement.

The seed vault uses security systems by Norwegian public works agency Statsbygg, which makes sure the seeds are kept safe, dry, and cold at all times. 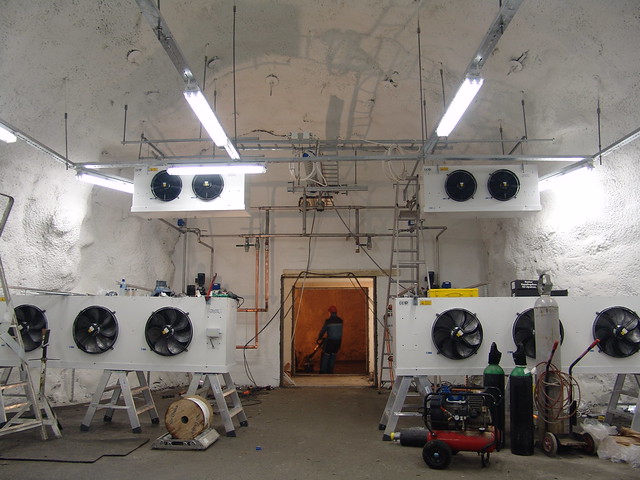 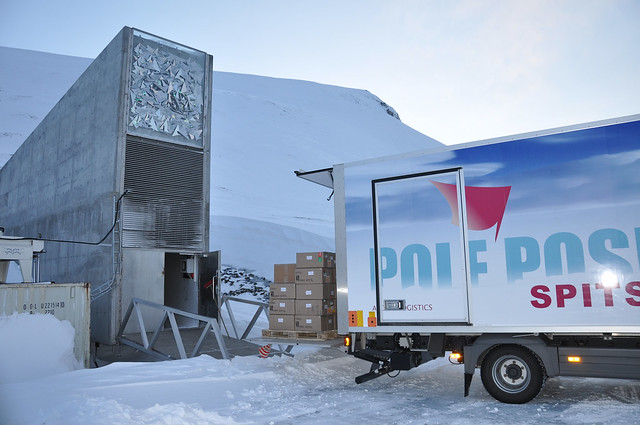 Seed deposits are free of charge and are wholly owned by the depositing gene bank. In fact, only the gene banks can request for the return of the stored seeds.

More: When The World Goes to Shit, Here’s Where Scientists Say You Should Go 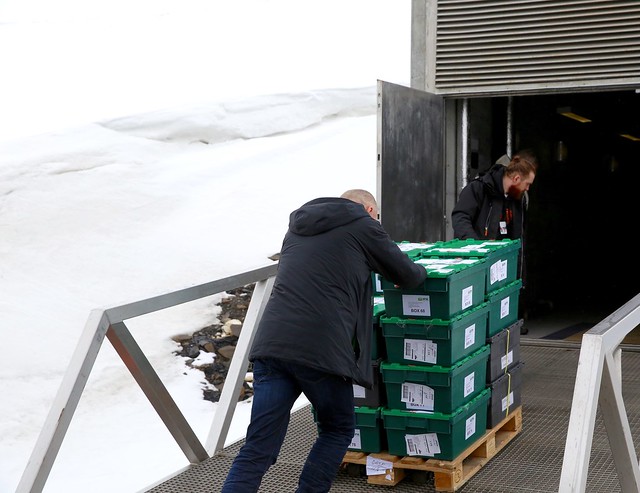 From there, seeds are shipped and handed over to the town of Longyearbyen, where the Seed Vault is located. Each year, the seed vault receives deposits over three times.

The seeds are stored in specially designed airtight aluminum pouches and organized with numbers and labels. 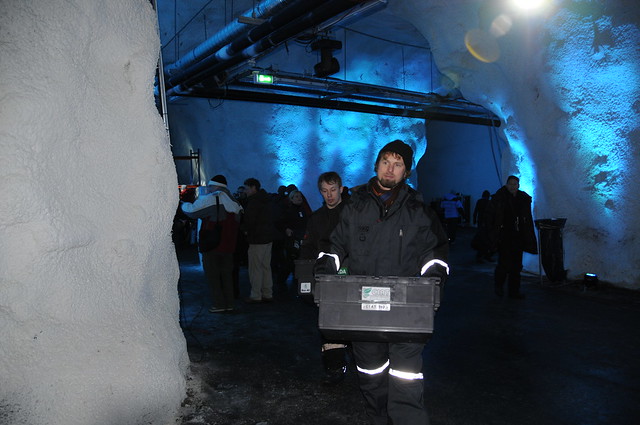 The details of the deposit, including its shelf location, is also uploaded to NordGen's Seed Portal database. You can check out the database here.

The storing facility consists of three halls, each of which accommodates over 1.5 million seed samples. 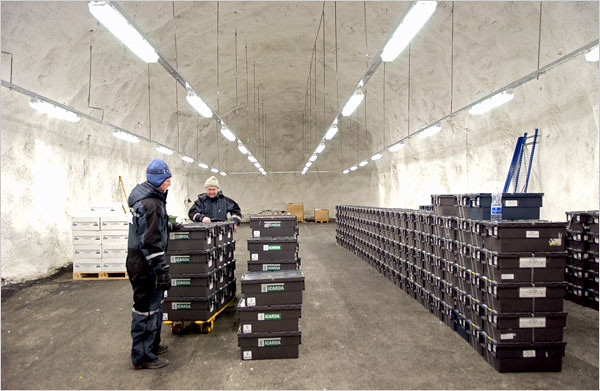 Currently, the Seed Vault has close to 900,000 seed samples.

The first deposit into the vault was a collection of rice seeds from the International Rice Research Institute, which has headquarters in Los Baños, Laguna in the Philippines.

According to the seed bank, rice, wheat, and barley make up the largest number of accessions. 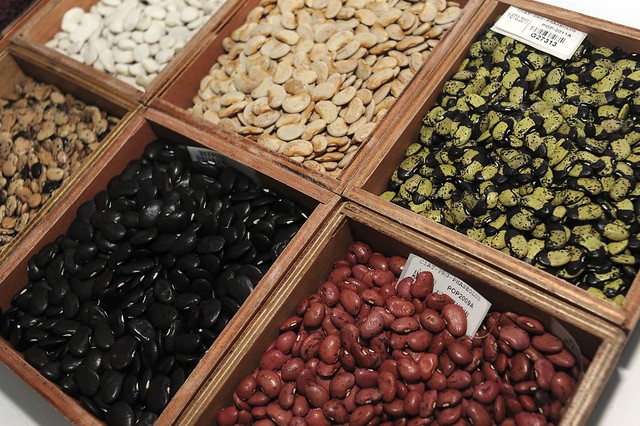 There are more than 150,000 samples of wheat and rice, while barley has close to 80,000. Basically, the world will never be without any grain.

The holdings include more than 5,000 plant species. 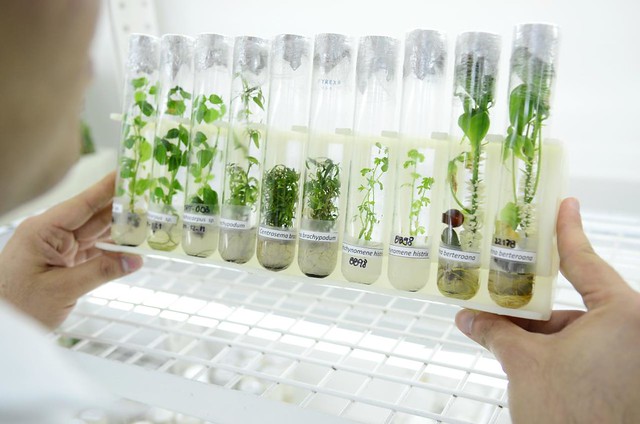 The storage facility's temperature is kept at minus 18 degrees Celsius constantly. 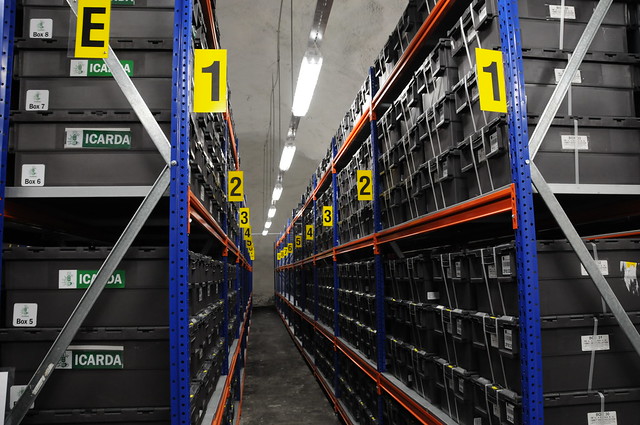 It's also equipped with generators in case of an outage. 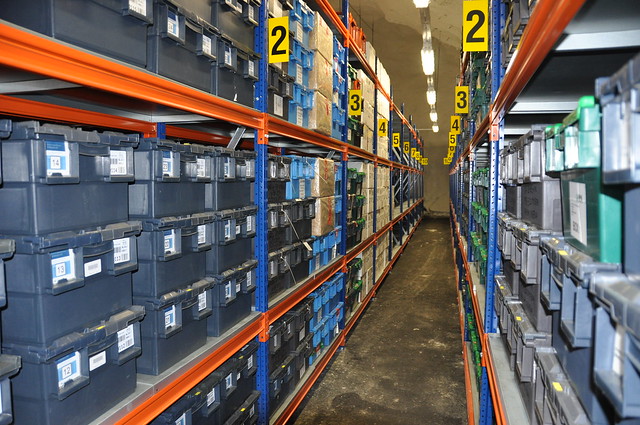 More: The Best End of the World Movies Available for Streaming Right Now 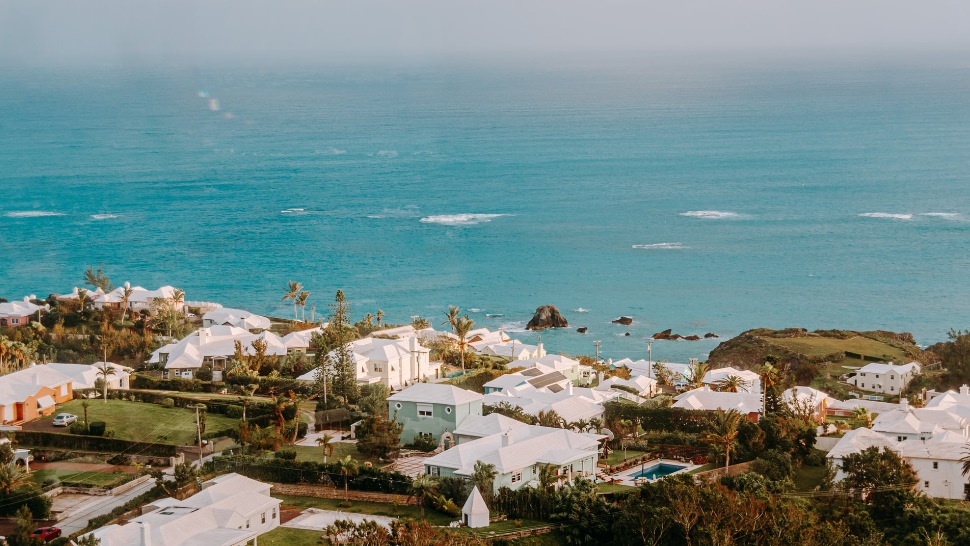 Trained Dogs Can Sniff Out COVID-19 Infections, According to Study
All Photos
Comments
View As List