During the Spanish colonial era, kings and queens handed out titles of peerage to exceptional subjects as a reward for their service and loyalty. This was exceptionally true for Spanish subjects in the Philippines, where they were given titles named after places like Manila and Jolo.

These titles were hereditary and were passed on from one generation to the next, and some of them  still exist today. Although these titles were given to Spanish peninsulares born in Spain or “Filipino” insulare Spaniards born in the Philippines, there was no shortage of notable mestizos or even native indios. A few of them were even given the rank of hidalgo, the lowest title in the Spanish peerage.

Here, a few Spanish nobles, with titles named after places in the Philippines, and their present-day heirs.

Count of Aviles and Viscount of Jala-Jala

In 1761, Charles III ennobled the first Filipino insulare, the Manila-born Don Jose Fructuoso de Aviles y Maon. He was made the Count of Aviles and Viscount of San Miguel de Jala-Jala when he was 11 years old to honor his father’s services.

His father was a gentleman from Aviles, Spain, and Don Jose, as the heir, became a viscount, owing to their ownership of the Hacienda de Jala-Jala (modern-day Jalajala, Rizal).

Aside from this, the Count of Aviles was also named a Knight of the Order of Santiago. He focused on agriculture and mining, developing the iron mines in Angat, Bulacan. Of note, J. P. Laurel Street, where Malacañang is located, used to be named Calle Aviles.

Count of the Conquest of the Batanes Islands 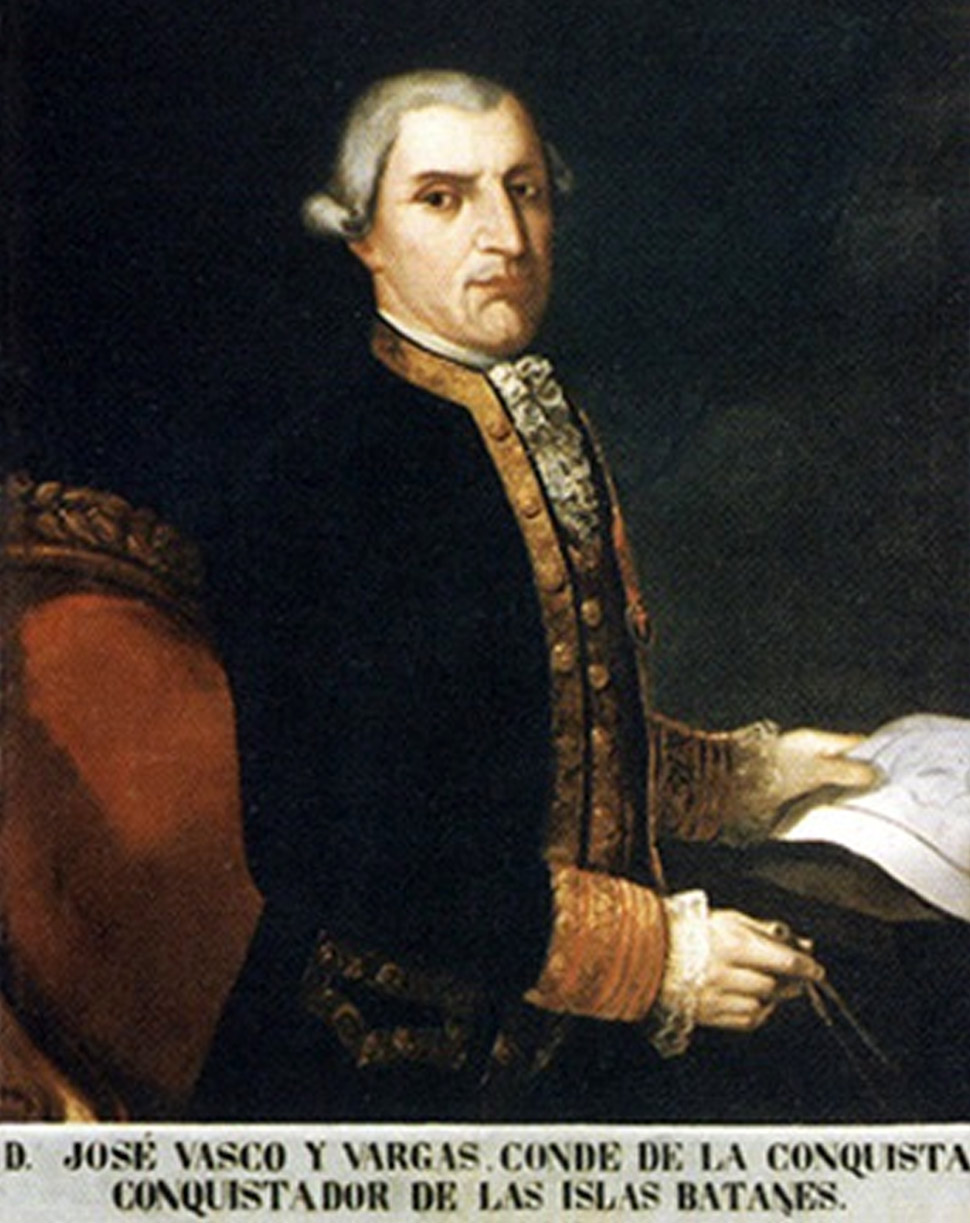 On June 5, 1789, Governor-General Jose Basco y Vargas was granted the title of Count of the Conquest of the Batanes Islands by King Charles IV, as well as the viscountship of San Ildefonso for his pacification of Batanes and his energetic leadership as governor-general. He was also a friend of the Count of Aviles and became a knight of Santiago. The provincial capital of Batanes is named after him.

Don Luis Rodriguez Varela was one of the first Filipino nationalists, at a time when “Filipino” meant “Spaniards born in the Philippines.” Nevertheless, he wanted nothing more than the best for the Philippines, and so he advocated for the opening of local colleges and schools for the poor and worked to limit foreign, specifically Chinese influence, on the Filipino economy.

He was versed in French Enlightenment and believed that everybody had the right to liberty, equality, and fraternity. In 1795, he was given the title of El Conde Filipino by Charles IV. He worked hard to defend the rights of native Filipinos out of a pure love for country, a belief he held throughout his life.

He would form a group called Sons of the Nation with like-minded insulares and fought for his liberal principles. Eventually, he was implicated in a rebellion led by his close friends, the Bayot brothers. A tribunal sentenced him to deportation, and he had to renounce his liberal views in order to be allowed to return to Manila, where he died in 1830. 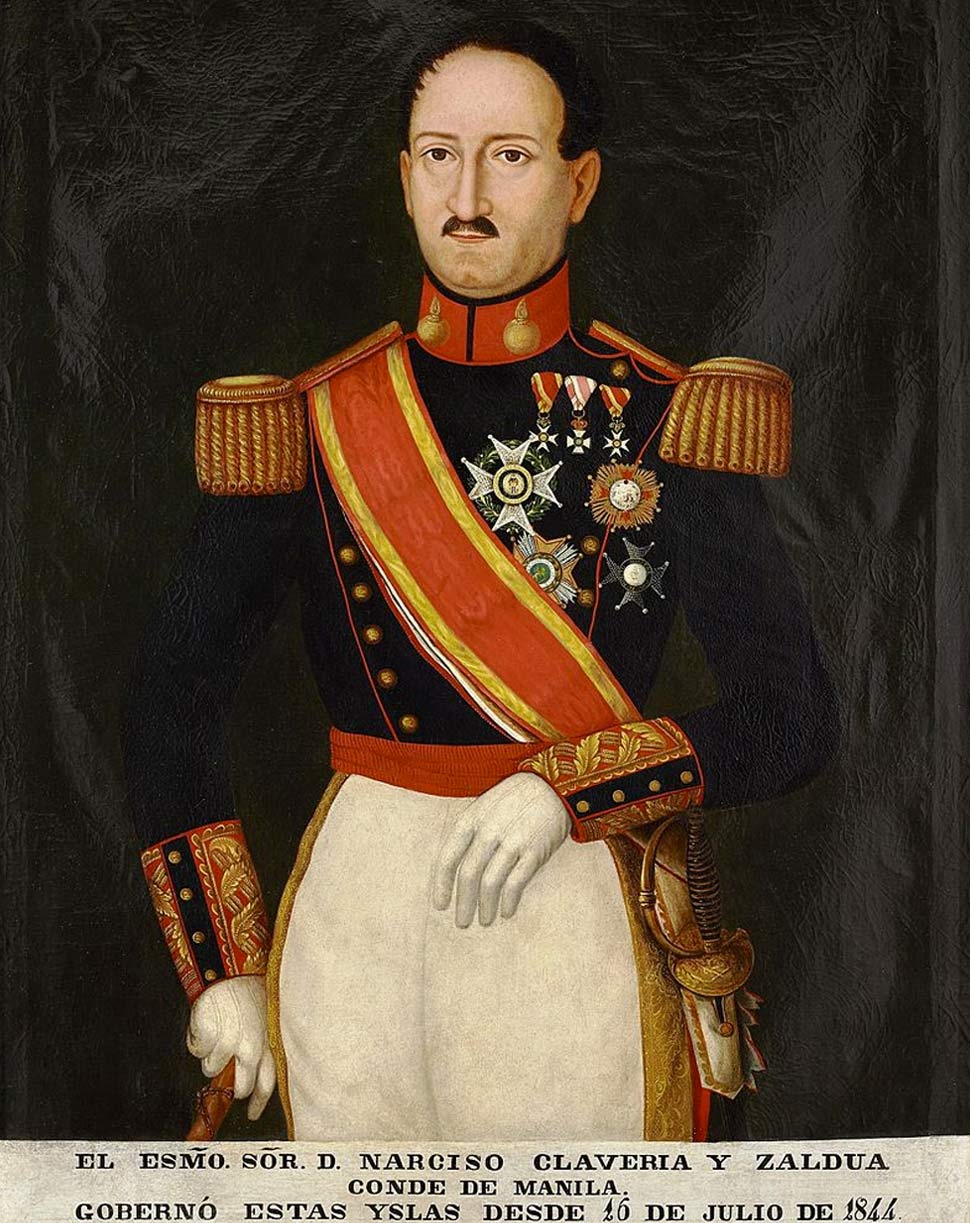 Governor-General Narciso Claveria y Zaldua is best known for reforming the system of surnames for Filipinos, ensuring all Filipinos had surnames of their own. This was not, however, the reason why he became the Count of Manila.

Claveria was awarded the Count of Manila and the Viscount of Claveria by Queen Isabella II for his successful military campaign in the island of Balanguingui, located between Basilan and Jolo. He managed to rescue 130 Filipino and Dutch captives against a force of over a thousand Moro pirates, successfully ensuring safe trade in the region.

As governor-general, he received the most prestigious Philippine title, being named after the Philippines’ most important city. Today, the title of the Count of Manila lives on through its current holder, Jose de Roda-Claveria y Cassinello, whose father was an engineer and a member of the noble de Roda family.

When Amadeo I of Savoy was appointed King of Spain after a revolution, he had few friends in the Spanish nobility. He was a foreigner and his supporters in the military were dropping like flies. Because he couldn’t be friends with the nobles, he just made new ones.

On April 1872 he elevated Don Manuel Alvarez de Estrada from alcalde mayor of the province of Ambos Camarines to the tile of Marquis of Camarines.

King Amadeo would abdicate the throne a year later in favor of Alfonso XII. Don Manuel, though, remained Marquis. Having no heir, Alfonso XII allowed him to choose his successor, eventually selecting his nephew Antonio.

Count of Jolo and Viscount of Mindanao 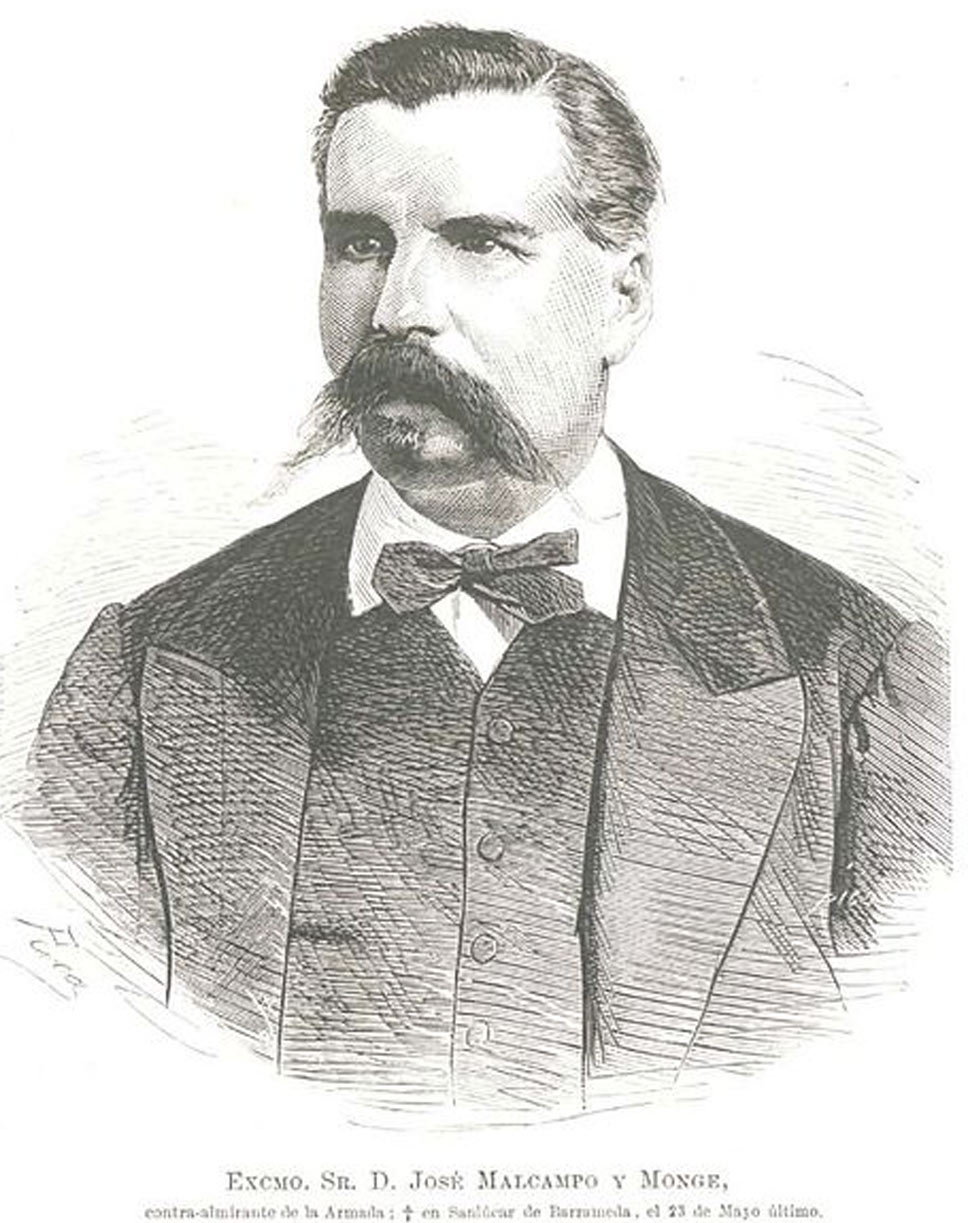 Governor-General Jose Malcampo y Monge was a distinguished man. He was an admiral and served as King Amadeo’s prime minister, before becoming governor-general of the Philippines. As governor-general, he managed to wrest control of Jolo away from the Sulu Sultanate, and for that, he was granted the title of Count of Jolo and Viscount of Mindanao. He also founded the first Masonic Lodge in Cavite, La Primer Luz Filipina.

Today the title is held by Duchess Cristina Osorio Malcampo, a competitive rider. 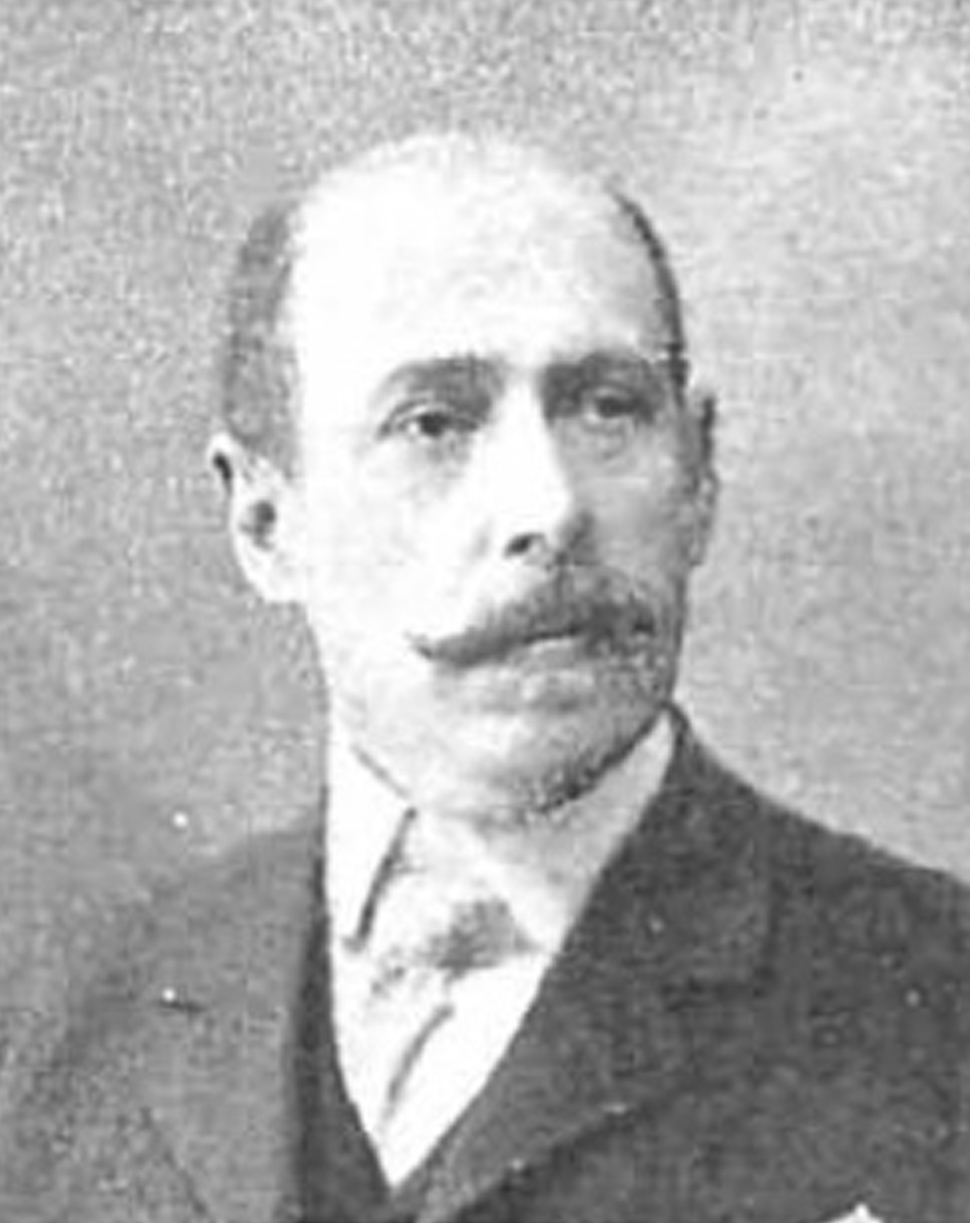 ADVERTISEMENT - CONTINUE READING BELOW
Don Pedro Govantes y Azcarraga was the last Spaniard in the country to be granted a peerage. IMAGE: Wikimedia Commons - Manuel Compañy

The last Spaniard in the Philippines to be elevated to peerage was Don Pedro Govantes y Azcarraga. Born in Manila on 1853, his father was the alcalde mayor of Albay and an adviser to the governor-general. Don Pedro became a lawyer and representative to the Spanish Cortes, even fraternizing with the ilustrados in Madrid and assisting in the management of the periodical Espana en Filipinas.

In 1897, he was nominated to the peerage as Count of Albay in recognition of his father’s long years of service, but the formal dispatch was delayed by a year due to the revolution. He was formally elevated to count on June 8, 1898, only four days before Aguinaldo would wave the flag in Kawit.

These Brothers Were the First to Fight for a 'Filipino' Philippines
Shares
Share
Tweet
View More Articles About:
history
features
More Videos You Can Watch 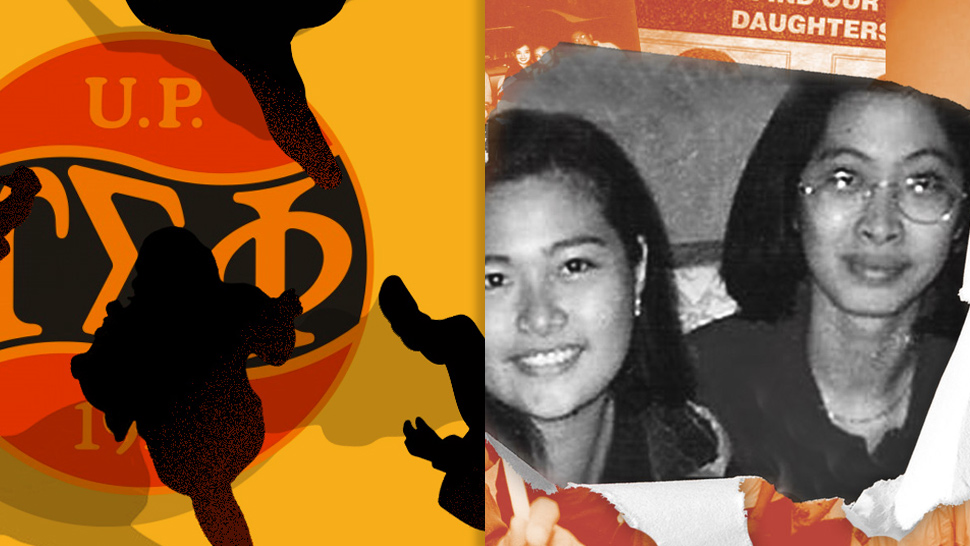