Leave your prejudices at the stylish trash bin by the entrance, thanks. 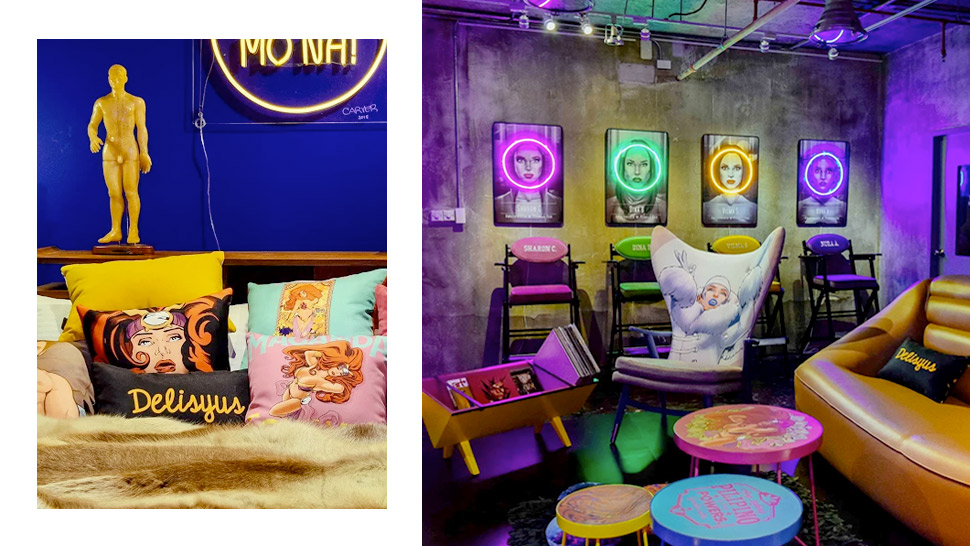 Most of the men and women who land on Esquire Philippines' covers are multitalented hyphenates whose images may be found on everything from magazine pages and movie screens to billboards and TV ads. That's just a given. Not every day, however, will you find furniture bannered with the likeness of an Esquire cover girl.

Of course, Zsazsa Zaturnnah, queer superhero comic book character and star of stage and screen isn't your run-of-the-mill Esquire cover girl. Not only does she have two graphic novels, a movie, and a musical on her list of achievements, but Zsazsa has also been honored with everything from academic papers to an ice cream bar.

For her, ahem, Zweet 16th birthday, Zsazsa Zaturnnah is feted by design company Space Encounters with an exhibit and a furniture line all her own. Carlo Vergara, the artist and writer behind Zaturnnah, has teamed up with Wilmer Lopez and Thor Balanon, the duo behind Space Encounters, to mount this unique collaboration.

“I’m just thrilled that this is happening. Ever since the traditional Pinoy komiks faded in the 1990s, the new comics creators have struggled to gain widespread patronage and support, so this exhibit is a big thing for me. It shows what’s possible—that a Pinoy superhero can cross over to other areas, such as lifestyle, even fine art,” says Vergara. 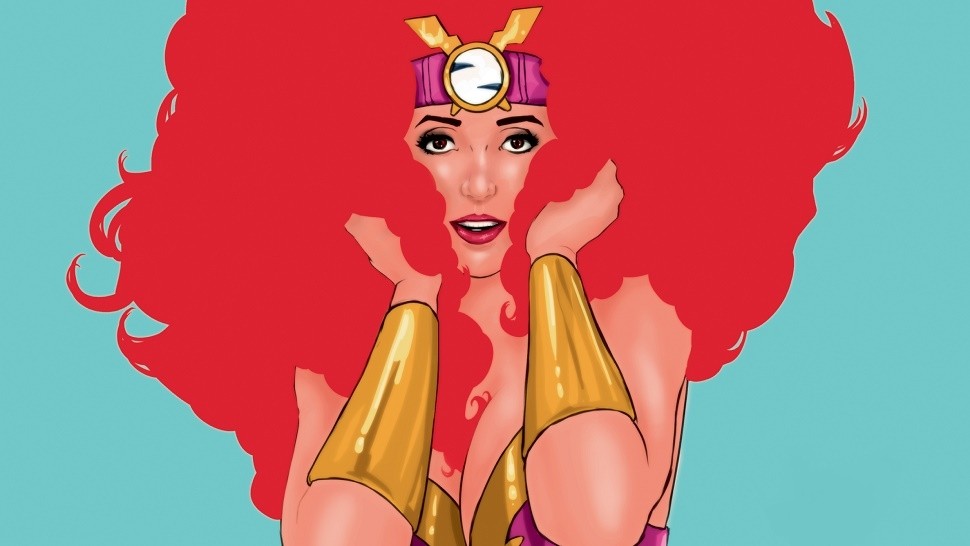 This is the first joint undertaking featuring Space Encounters' gallery and furniture store, adds Lopez. "We also wanted different artists to interpret Zsazsa Zaturnnah in their own vision and from their own point of view,” says Lopez.

What can one expect to see at this crossroads between pop culture, fine art, and furniture design? Expect a lot of tongue-in-cheek fabulousness, it seems. There's Zaturnnah and her nemesis, Queen Femina, battling it out as chairs suspended in mid-air. The Amazonistas are interpreted as wall décor garbed in neon. Intergalactic elements are turned into sitting pieces, and sidekick Dodong is interpreted as an ultra-comfortable leather seat. Artists Rene Cuvos, Norlie Meimban, Buen Abrigo, JC Peñaflorida, Burn Aquino, Fitz Herrera, Irish Galon, Amos Malayao, Merlito Gepte, and Teofilo Alagao Jr. also create their own take on the vivacious superhero. “We always want to be irreverent at least once a year, so this is the time of the year to be irreverent,” jokes Balanon. 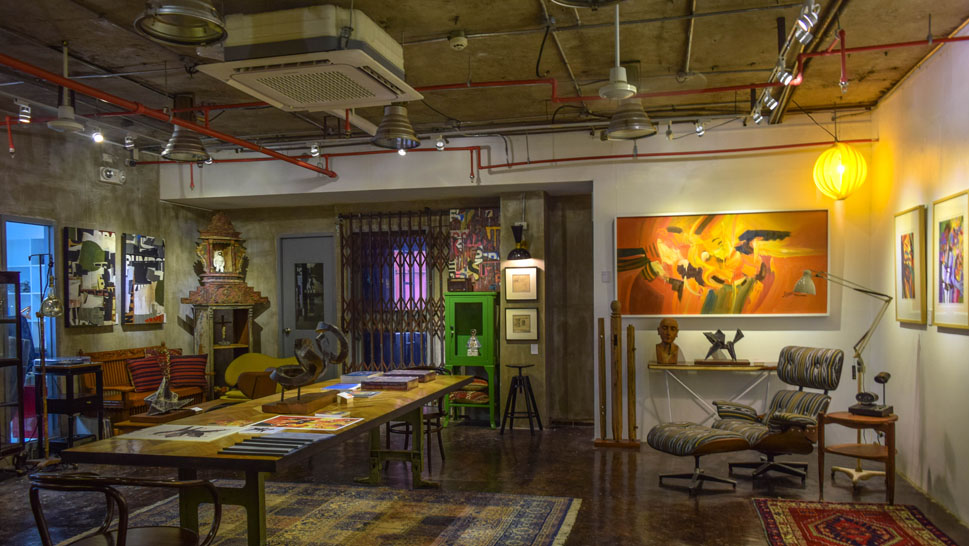 Is it Art or is it Furniture? Maybe It Shouldn't Matter 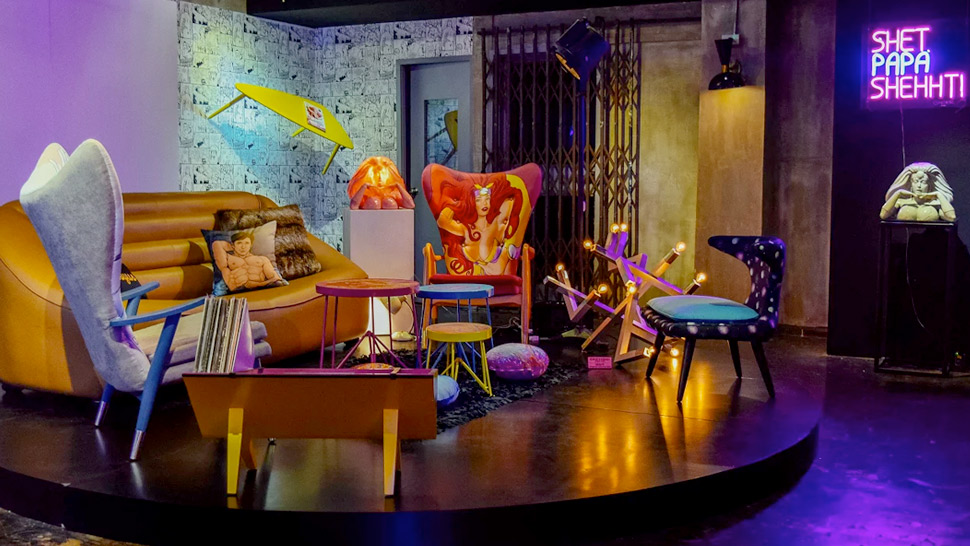 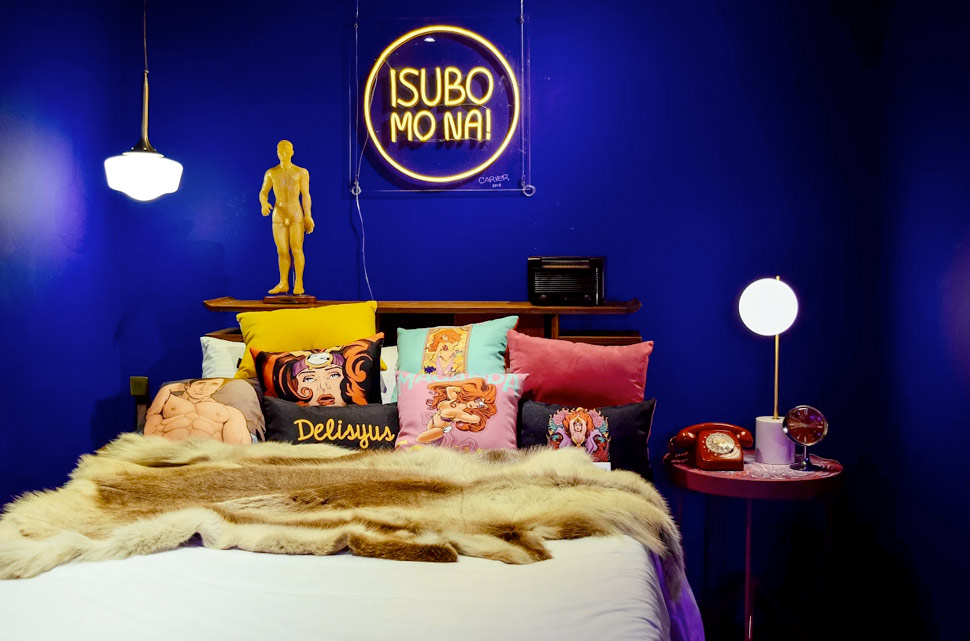 CONTINUE READING BELOW
Recommended Videos
Bedroom setup only for the brave. "Isubo mo na!" is, of course, a reference to the rock that Ada, Zsazsa's alter ego, needs to swallow to transform into a superhero. 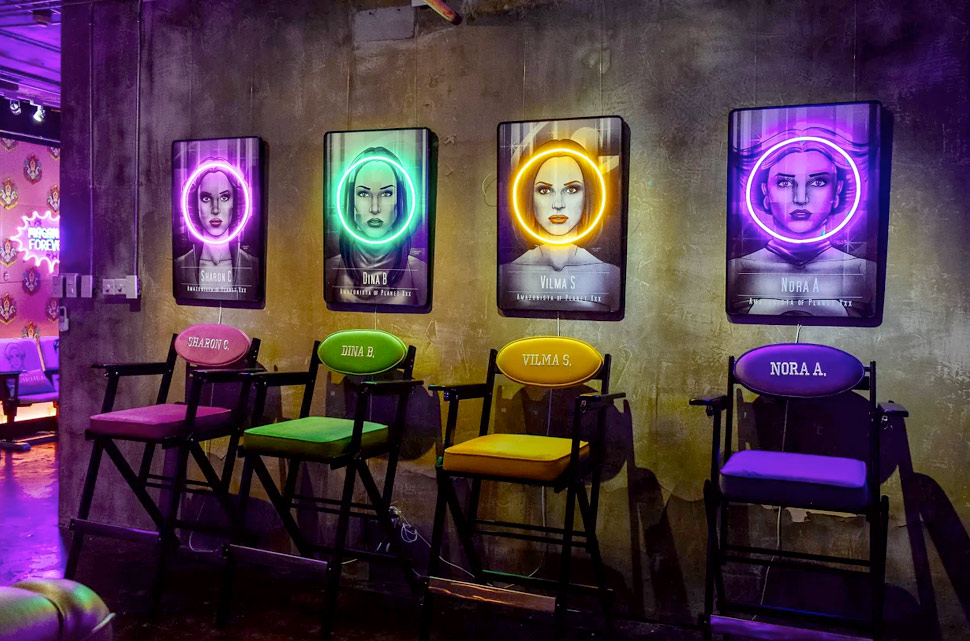 The enemy guard, the Amazonistas (Vilma S, Sharon C, Nora A, Dina B) are interpreted in neon and chair. 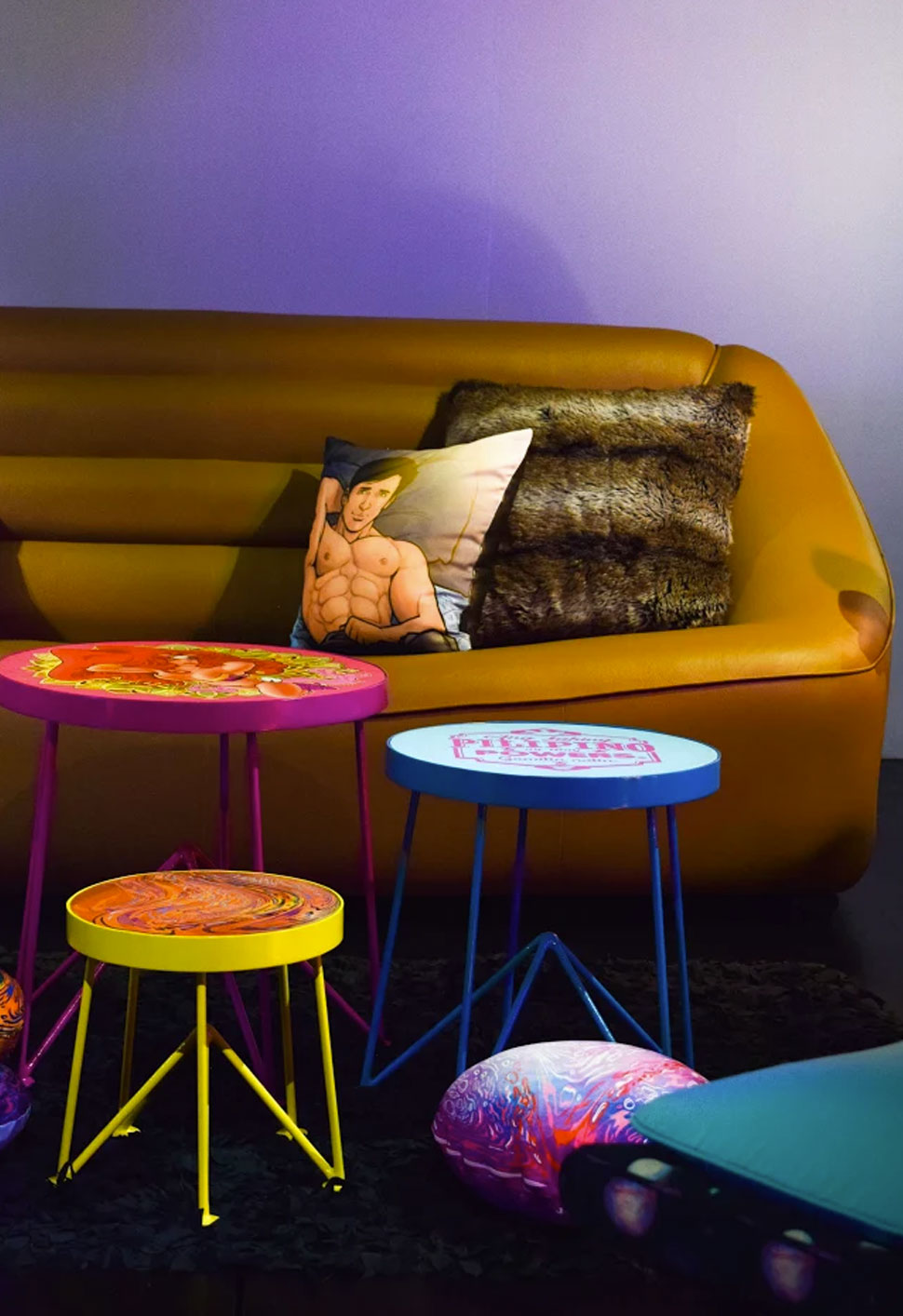 Of course a loyal, muscular sidekick will be honored by way of a muscular, comfortable leather sofa. IMAGE: courtesy of Space Encounters 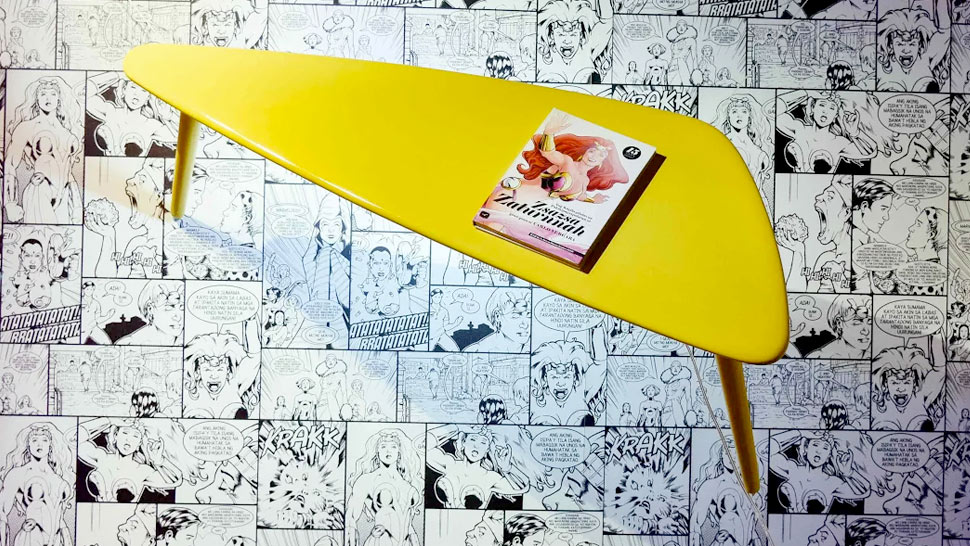 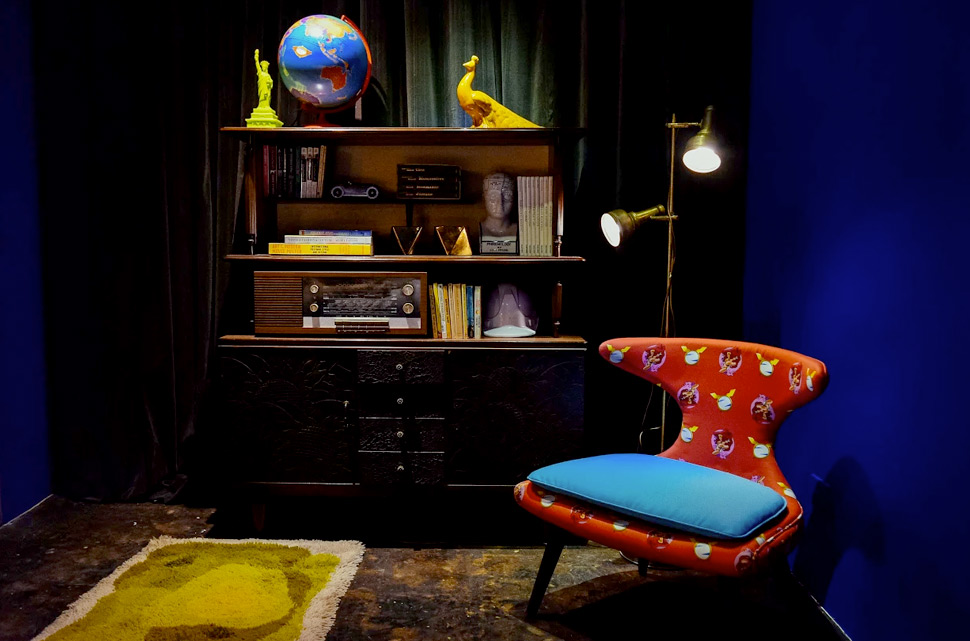 A Zaturnnah chair provides a bold accent in a quiet study. IMAGE: courtesy of Space Encounters 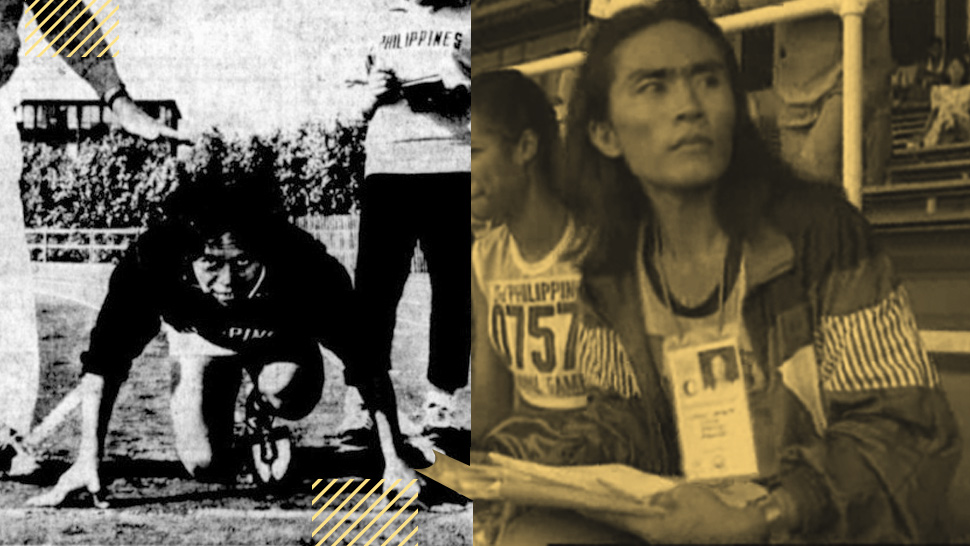 Remembering Mona Sulaiman and Nancy Navalta, in the Wake of the Aprilia Manganang Controversy