I was promised dick. I am underwhelmed, just like every other time this has happened.

Here's the thing: I am a homosexual man, so dicks are fairly essential to my life. I have seen many of them, in real life and in photos. The former is vastly superior to the latter, because, I will admit, a dick pic has never really interested me much. I know what a penis looks like, you know? I'm a 35-year-old man! Simply seeing a penis is, at this point in my life, fairly passé.

Having said that: My interest was piqued when I learned in September that the upcoming film Outlaw King would feature a scene in which Chris Pine, one of the leading Hollywood Chrises, would go full frontal. An A-list actor showing off his junk on film feels like an event, and so I was certainly enthusiastic about it. It's less about the penis and more about the effort behind it (something one could say in support of dick pics, of course—it's all about lighting and angles), and it is certainly out of the ordinary for a celebrity of Pine's stature to show his off.

This has naturally become part of the lore of Outlaw King, which premiered on Netflix on November 9. The film tells the true story of Robert the Bruce, a Scottish warrior who fought for independence from England and was crowned King of the Scots, a title he carried for 23 years until his death in 1329. It's a bloody action film, full of battle and a few dismemberments. (William Wallace, the subject of Mel Gibson's Oscar-winning epic Braveheart, has a brief cameo in the form of a bloody, severed arm.) Even Chris Pine himself has low key complained about the dickscourse, bemoaning the fact that it's focused more on his penis than the film's violent scenes—or even the fact that his co-star Florence Pugh's own nude scene isn't also starting discussions. "I'd love to have an interesting conversation about why is it funny or pithy or a conversation to be had about that, whereas Florence is not," he said. "Is she expected to do that because she is a woman and I'm not expected to do that because I'm a man? What is it really? I don't know, totally." (Take a look at Mr. Galaxy Brain over here.)

You may have found this post because you, too, are interested in that Pine wood, and are eager to find out how to see it. 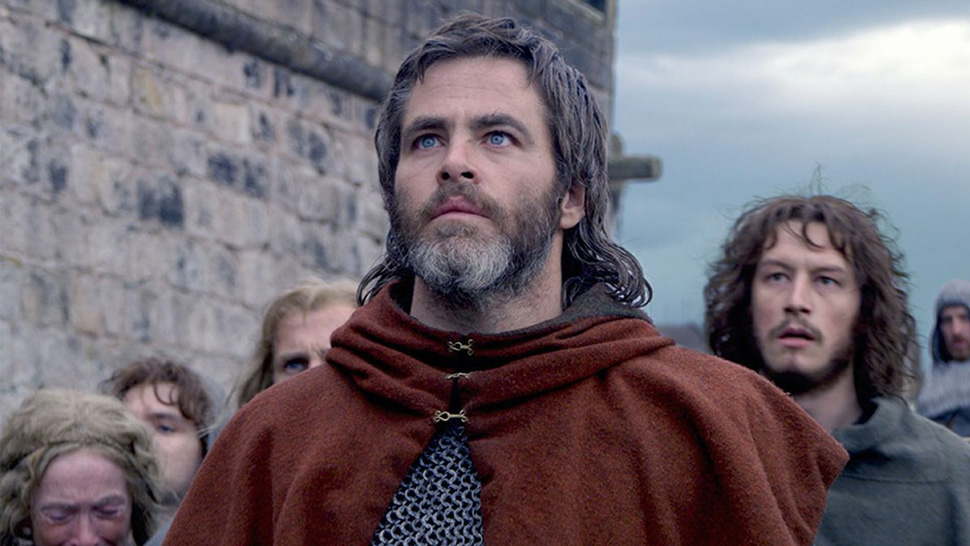 Anyway. You may have found this post because you, too, are interested in that Pine wood, and are eager to find out how to see it. It's easy: Fire up the old Netflix, start playing Outlaw King, and—should you want to get right to it—fast-forward to an hour and 27 minutes. At the end of that minute mark, Chris Pine's Robert the Bruce jumps to the surface of a lake in which he's bathing (not unlike Ariel's triumphant leap out of the ocean in The Little Mermaid, an important cultural moment for me in my gay youth and one in which I recreated many times in my neighbor's pool). And there you will have Pine's largely discussed full-frontal nude scene.

But is there a penis? Presumably it's there—I believe Chris Pine has one—but the camera is so far away and the shadows so perfectly in place that I wouldn't feel completely honest in saying that I have seen Chris Pine's dick. Could I tell you what it looked like? Would I be able to describe its length, or girth, or accoutrements? I presume Robert the Bruce was not circumcised, but I cannot tell you if Chris Pine is. Maybe you believe that Chris Pine exudes a certain Big Dick Energy; while the vibe is all well and good, I cannot tell you if it's totally earned because, despite all that I was promised, I have not yet seen Chris Pine's dick.

That's not to say I don't respect his nude scenes—scenes, yes, because there's another one earlier in the film (about 45 minutes in), in which he and Florence Pugh bone in a tent. He's completely naked, but there is no dick (I can, however, tell you that Robert the Bruce manscaped very well). Is there a lot of thrusting as the camera delicately hovers above his ass? Sure, and it's great. But I've seen Chris Pine's ass before—I'm not complaining here, it is a very good ass—in last year's Wonder Woman. And while I'd normally be happy about it, I must confess that I had my hopes up. You can serve me a delicious filet mignon as an entrée, but if you spent the whole damn day talking to me about how much I will love dessert, I'm going to put all of my hopes and dreams onto whatever magical last course you're planning to serve. 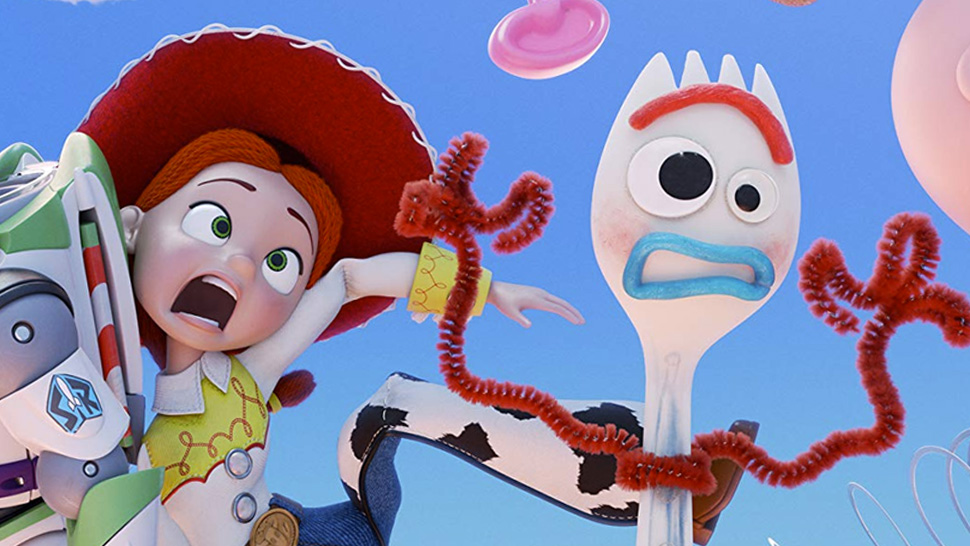 Who Could Forky, the New Toy, in 'Toy Story 4' Be?
All Photos
Comments
View As List