Treat yourself to Slovakian, Romanian, and Hungarian cinema, among others. 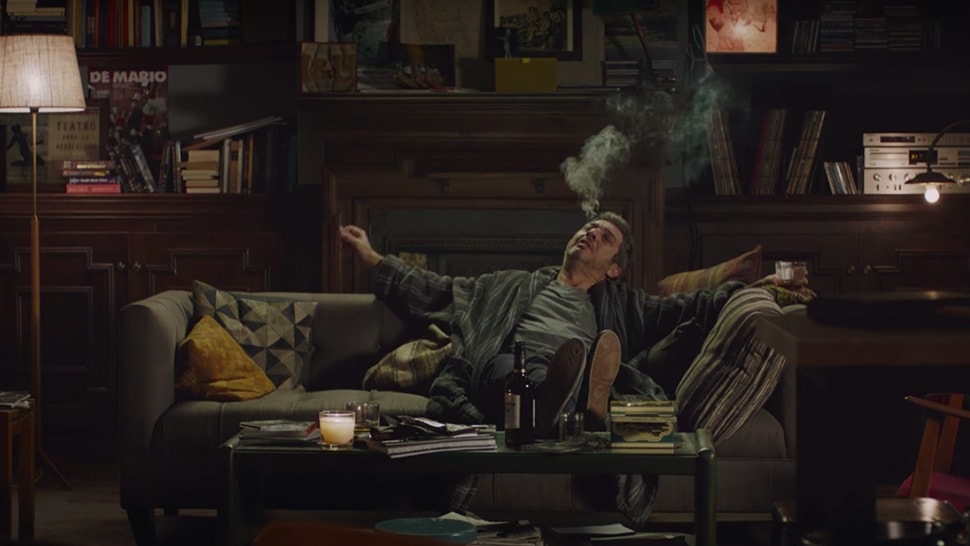 When the opportunity to expand your purview of cinema arises, take it. For Filipinos, that means occasionally consuming obscure films from different countries to balance out our diet of Hollywood blockbusters and local romcoms. And that’s why film festivals like Cine Europa are a godsend in terms of how they introduce us to new movies—different movies—from other cultures.

The 20th Cine Europa Film Festival runs from September 16 to 26 at the EDSA Shangri-la Cineplex in Mandaluyong. Then in the following months, the festival will be touring the country with stops in Baguio, Cebu, Iloilo, Tacloban, Baybay, Puerto Princesa, and back to Manila.

The best part? Admissions are free, on a first-come-first-served basis. Tickets for every screening will be distributed 30 minutes before the scheduled time, so be sure to check the screening schedule in the official Facebook page of the European Union in The Philippines.

Here are the 24 films that will be screened at Cine Europa, and what you need to know about each.

Babettes gæstebud (Babette’s Feast)
Which is from: Denmark, 1987
And is about: A French house cook who wins the lottery and decides to cook a life-changing feast for the overly pious family who took her in when she was a refugee.”
Watch it because: It’s the first Danish film to win the Academy Award for Best Foreign Language Film, and it scored a 96% on Rotten Tomatoes. 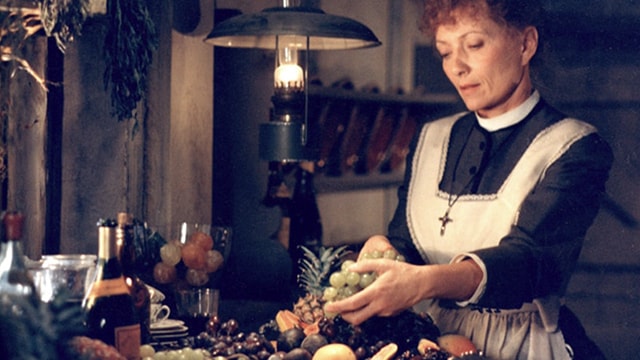 El ángel exterminador (The Exterminating Angel)
Which is from: Mexico, 1962 (but its director, Luis Bunuel, was born in Spain)
And is about: “Guests at an opulent dinner party who suddenly and mysteriously become unable to leave the room, and are stuck there for days as their conditions become more desperate.
Watch it because: It opens with the statement, “The best explanation of this film is that, from the standpoint of pure reason, there is no explanation.” It also scored a 96% on Rotten Tomatoes. 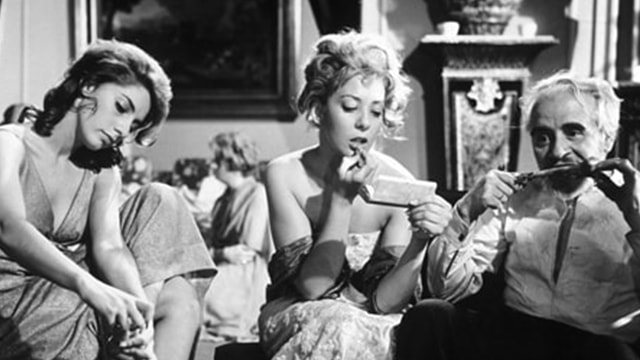 Sult (Hunger)
Which is from: Denmark, 1966
And is about: A starving writer who struggles with pride and poverty while trying to survive.
Watch it because: It has been named an early masterpiece of social realism in film. 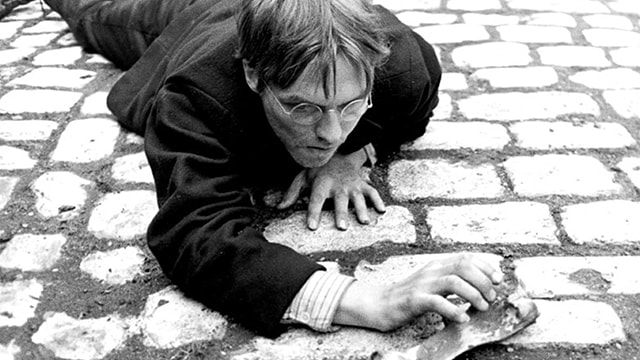 Lola rennt (Run Lola Run)
Which is from: Germany, 1998
And is about: A red-haired woman who must scramble to find 100,000 Deutsche mark in twenty minutes to save her boyfriend's life.
Watch it because: Of the sick tracking shots, offbeat running sequences, and because it feels like a good substitute for your 2K today. 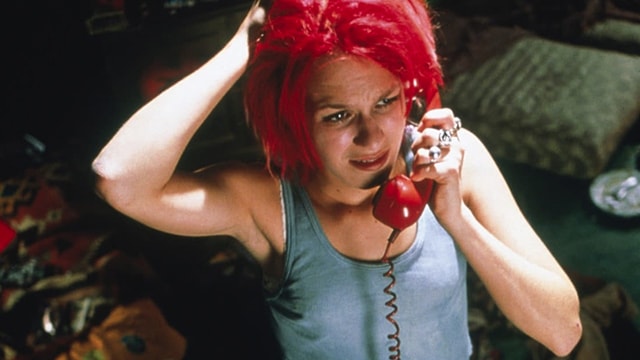 Terror – Ihr Urteil (The Verdict)
Which is from: Germany, 2016
And is about: A passenger plane that’s been hijacked by terrorists who intend to crash it into a crowded football arena. A German air force pilot is then ordered to shoot it down, killing 164 people to save the lives of 70,000.
Watch it because: It was designed to be an interactive film, in that it shows the the trial of the German air force pilot, and then asks the audience to vote on how the judge should rule. 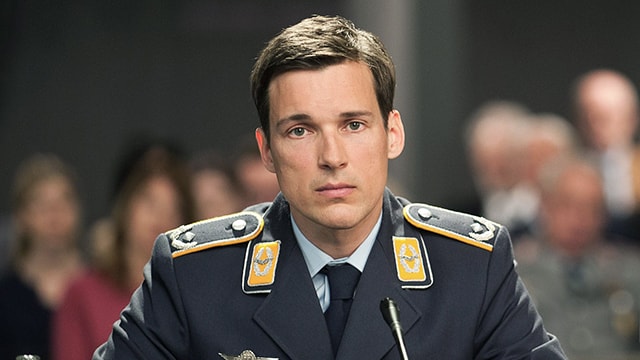 Flickan Mamman och Demonerna (The Girl, The Mother and the Demons)
Which is from: Sweden, 2016
And is about: A young girl dealing with her mother’s deteriorating mental health, which causes her to trap them both in an apartment with her demons.
Watch it because: It’s a drama that uses horror elements to tell a story about mental health and motherhood. 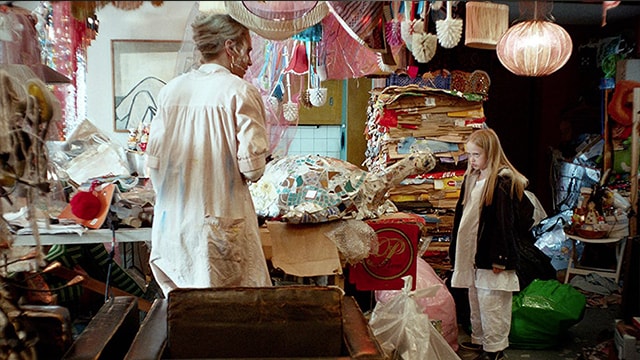 20 Sigarette (20 Cigarettes)
Which is from: Italy, 2010
And is about: A young anti-war activist and filmmaker who is wounded while shooting in Iraq, only to return home and have his narrative twisted, so he sets out to tell the true story.
Watch it because: It might have something good to say about fake news; if not only war. 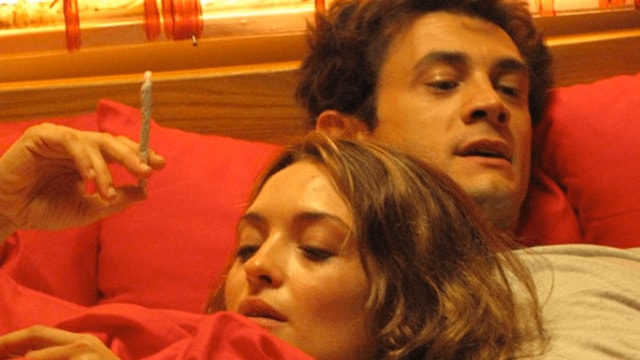 Veiviseren (Pathfinder)
Which is from: Norway, 1987
And is about: A young tribesman’s quest for revenge in medieval Finland.
Watch it because: You really liked The Revenant and would like to see if there had been anything like it before. (Spolier: Pathfinder involves a bear mauling too). 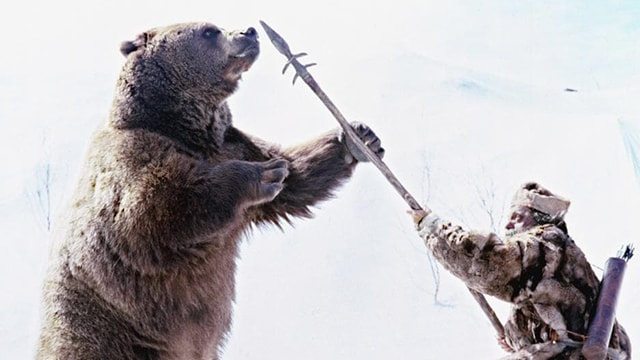 Bølgen (The Wave)
Which is from: Norway, 2015
And is about: A mountain in Norway near a tourist village starts to crumble, resulting in an avalanche and an 80-foot tsunami that forces an entire village to flee to higher ground.
Watch it because: Almost every other disaster film in recent memory has been terrible. 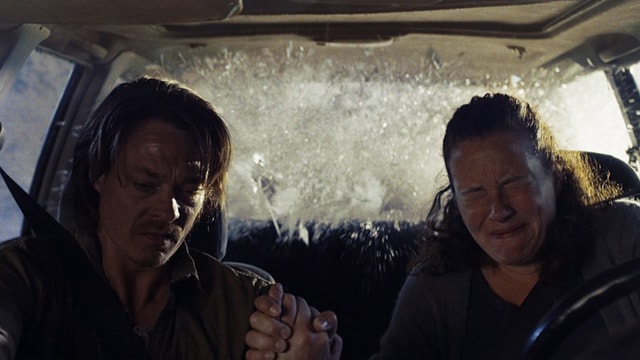 Deine Schönheit ist nichts wert (Your Beauty is Worth Nothing)
Which is from: Austria, 2012
And is about: A Turkish family migrates to Vienna, where their young son Veysel struggles to fit in at school. Veysel eventually falls in love with his classmate, Ana, and must win her affection with the help of his new neighbor.
Watch it because: You liked Little Manhattan, but are sick of movies set in New York. 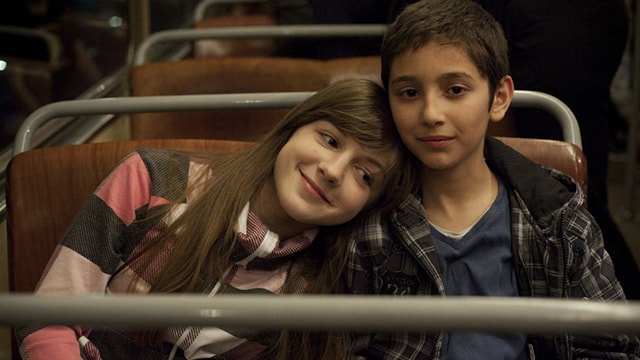 Souvenir
Which is from: France, 2016
And is about: a middle-aged factory worker whose long-ago brush with fame as a singer comes to the fore again when she begins a romance with a young aspiring boxer.
Watch it because: Isabelle Huppert (who stars in this film) is a talented European actress who you’ve been missing out on. 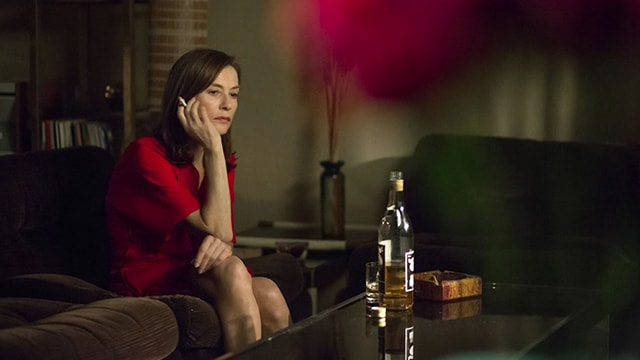 Jules et Jim (Jules and Jim)
Which is from: France, 1962
And is about: Two close friends who become entangled in an offbeat love triangle. Jim moves in with his friend Jules and his family, but things get messy when Jules asks Jim to start seeing his carefree wife Catherine in the hopes that she will stay at home with him and their daughter.
Watch it because: It’s one of the more important products of French New Wave cinema, and it’s been referenced in the works of Martin Scorsese and Wes Anderson. 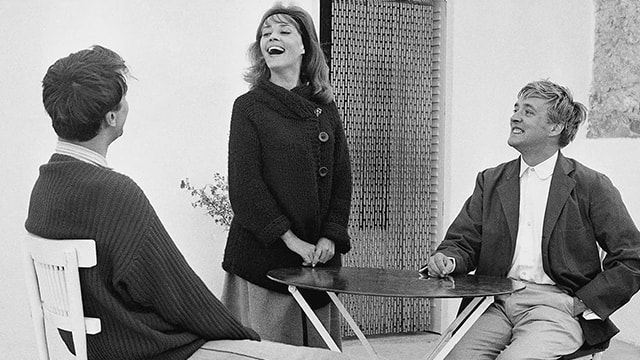 Monkey
Which is from: Bulgaria, 2016
And is about: the coming-of-age story of two young half-sisters who are faced with life-and-death decisions when their father falls into a coma.
Watch it because: When was the last time you saw a Bulgarian film? 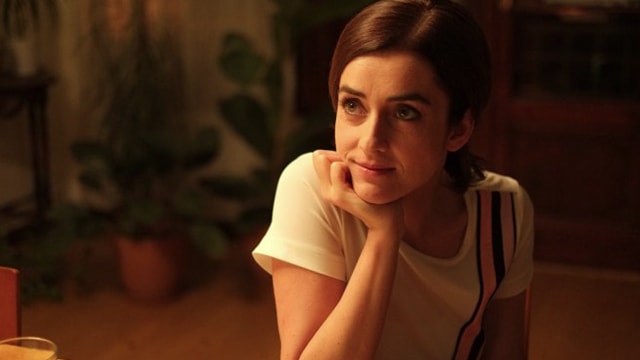 Truman
Which is from: Spain, 2015
And is about: A terminally ill actor Julián, who is visited by his childhood friend Tomás. As they set out to tie up loose ends, including finding a home for Julián’s faithful dog, the two men must find a way to say goodbye.
Watch it because: It’s been lauded for the brilliant acting of its two main stars, Ricardo Darin and Javier Camara. Also, it scored 100% on Rotten Tomatoes. 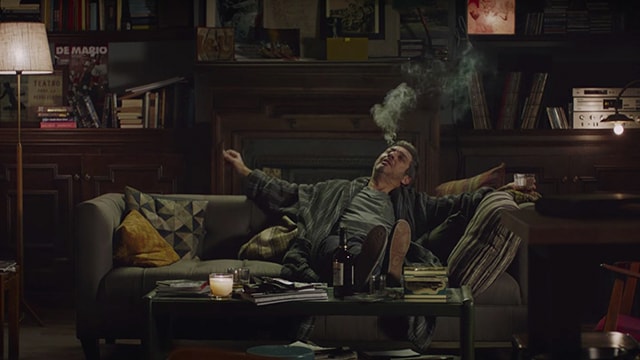 A Moving Image
Which is from: United Kingdom, 2016
And is about: A young stifled artist who returns to her community after a long absence. Soon painted as a symbol of gentrification, she struggles with her own complicity, and embarks on a mission to create a piece of art that can bring her community together.
Watch it because: Some rich artsy kids just moved into your neighborhood, and you need to vent your frustration. 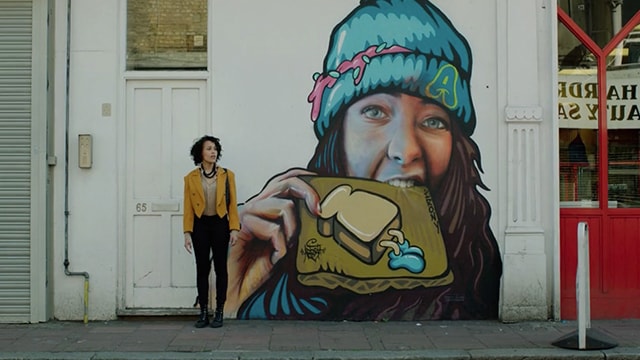 Wilsonov (Wilson City)
Which is from: Slovakia, 2015
And is about: An unlikely pair of detectives in search of a mysterious murderer in a post-World War I German town that would eventually become Bratislava.
Watch it because: There’s a little bit of crime thriller, a little bit of world history, and a vaguely Grand Budapest look-and-feel to it. 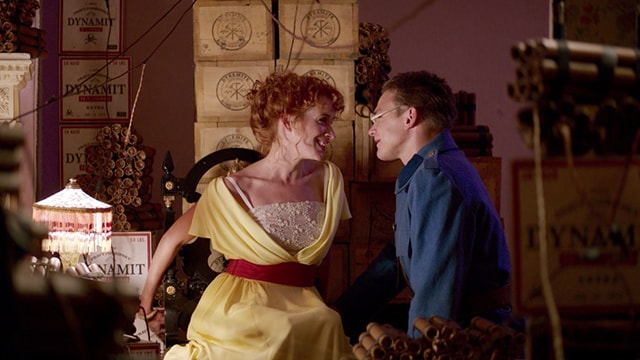 Utóélet (Afterlife)
Which is from: Hungary, 2014
And is about: A neurotic man who starts seeing the ghost of his recently deceased father. As Mozes helps his dad cross over to the afterlife, the two must work out their unfinished business and discover how to truly understand each other.
Watch it because: No film festival is complete without an artsy black comedy. And this one’s set in a small village, just after the collapse of communism. 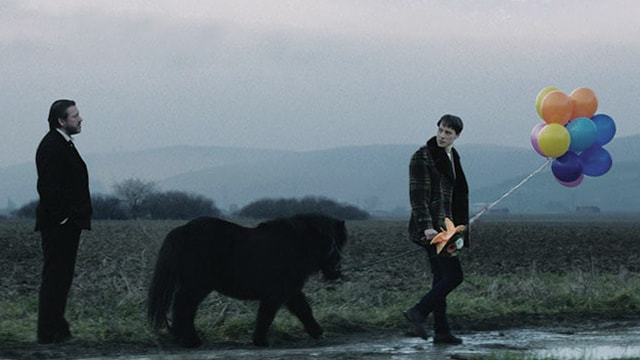 Aniversarea (The Anniversary)
Which is from: Romania, 2017
And is about: At Radu Maligan's 94th anniversary the family members and the former colleagues of the old man come to his birthday party. Everything gets complicated when half of the guests try to convince Radu to confess his sins to a priest, while the others think that no one should be forced to do something beyond their will.
Watch it because: You're in the mood to reflect on religion and human nature. 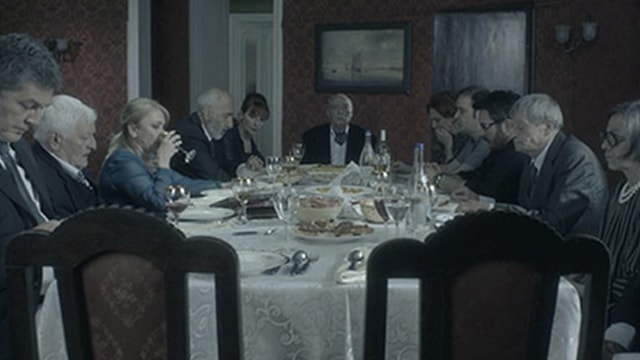 Doua lozuri (Two Lottery Tickets)
Which is from: Romania, 2016
And is about: Dinel, Sile and Pompiliu, three men from a provincial town, who win a big lottery prize, but lose the ticket soon after. The three characters then embark on a journey to recover it.
Watch it because: It seems to be take a foreign take on a common American movie trope—buddies going on a quest a la The Hangover and Harold and Kumar. 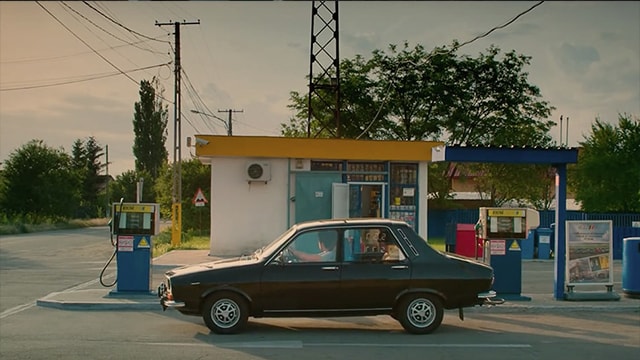 Les Barons (The Barons)
Which is from: Belgium, 2009
And is about: A handful of rich twenty-something guys living in Brussels, who believe that each person is allotted a certain number of footsteps in their lifetime, so caution and a lack of serious initiative are qualities to be admired.
Watch it because: It takes a very New York-like look at Brussels. 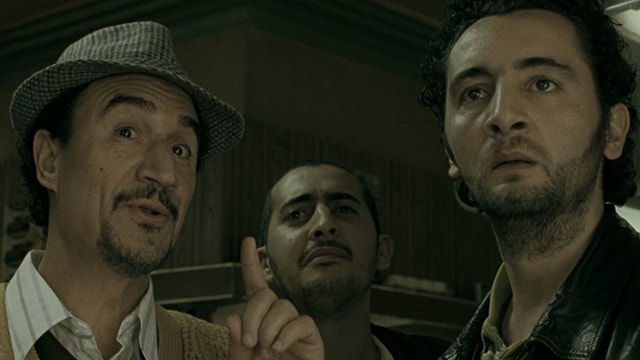 I Soliti Ignoti (Big Deal on Madonna Street)
Which is from: Italy, 1958
And is about: A group of small-time thieves attempt to burgle a state-run pawnshop in Rome.
Watch it because: With an incredible cast and breezy jazz score, it’s said to be a granddaddy of Italian heist films. 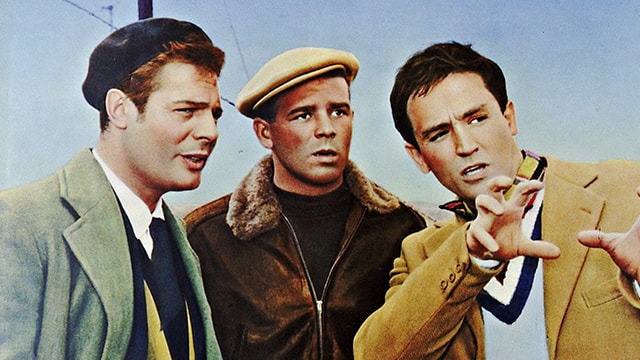 And?l Pán? 2 (An Angel of the Lord)
Which is from: Czech Republic, 2016
And is about: An angel’s quest to retrieve fruit of the Tree of Knowledge that has fallen down to earth.
Watch it because: It’s a bizarre comedy that looks like its own sort of acid trip. 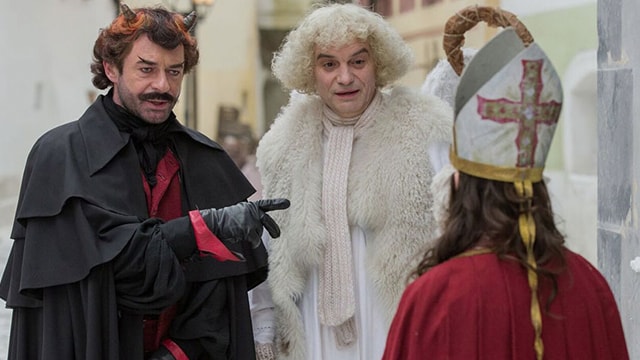 Perinbaba (The Feather Fairy)
Which is from: Slovakia, 1985
And is about: A little boy named Jakob, who is rescued and raised by The Feather Fairy. Though his life is perfect, Jakob begins to yearn for a life outside of his fairytale—especially when he falls in love with a peasant girl.
Watch it because: You want to start ‘em young on foreign-language films. 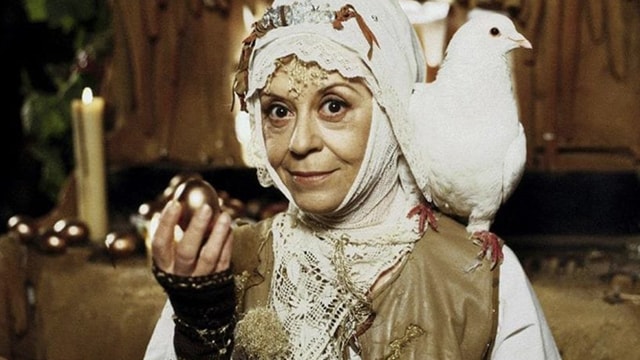 De He van ’63 (The Hell of ’63)
Which is from: The Netherlands, 2009
And is about: The true story of the fateful day in 1963 when thousands of skaters were injured as they competed in the infamous 200-km ice-skating race in the Netherlands. Despite the freezing temperatures and rough terrain, a small group refuses to give up and decides to press on towards the finish line.
Watch it because: It’s been a while since you’ve seen a good sporting triumph movie. 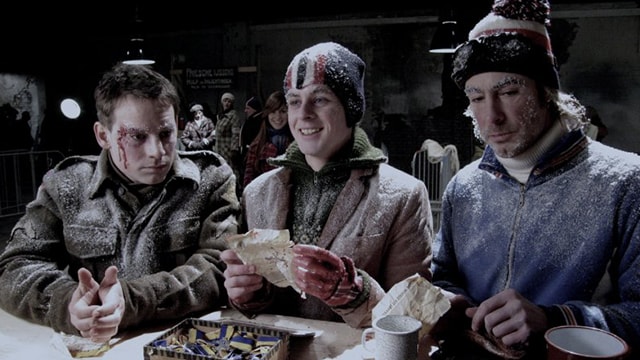 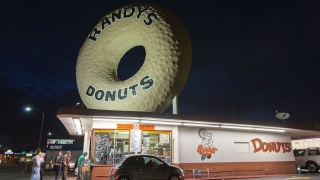 20 Real Restaurants Made Famous by Movies and TV 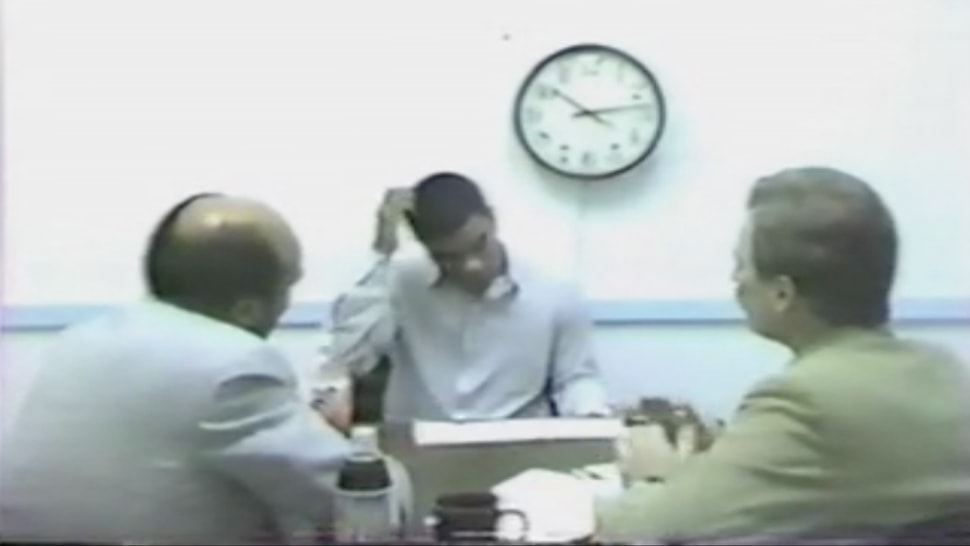