"You start to go mad," said the Academy Award-nominated actor, who lost 52 pounds in his method approach to the role.

Like it or not, Joker—which follows the transformation of Arthur Fleck (played by Joaquin Phoenix), a down-and-out clown and aspiring comic, into the villainous Joker—is continuing its rampage through award season.

Now, one does not win Best Actor in any kind of psycho-prestige film anymore without doing some crazy method shit. While there are still no stories of anything approaching Jared Leto’s Joker method madness, Phoenix (the same guy who pretended to give up acting for rapping for one long, painful bit) went through a physical—and mental—transformation for his acclaimed role.

Phoenix lost 52 pounds for the role, a process that he suggested informed his performance. "The first thing for us was the weight loss," said Phoenix when Joker debuted at the Venice Film Festival. "I think that’s really what I started with. And, as it turns out, that then affects your psychology. You start to go mad when you lose that amount of weight in that amount of time."

About a month later, Phoenix did one of his favorite things—making the late-night show rounds—and spoke on Jimmy Kimmel Live about what it was like to lose so much weight in that short of a time.

"In the beginning, you're exhausted," Phoenix said. "You look at a flight of stairs and it takes like 30 seconds. You have to talk yourself into it and say, 'I can do this, I know I can do this.'"

Then, as he reached his target weight, Phoenix said he started to feel “energized and excited,” using his hunger and new range of body movement to inform the role.

Still, as Phoenix told The New York Times: "It's a horrible way to live."

Of course, maybe above everything else, the one thing you have to nail about the Joker is his blood-curdling laugh. In one interview, Phoenix described watching videos of people who suffer from pathological laughter, a disorder marked by bursts of uncontrollable and inappropriate laughing. And a synopsis of the movie reported by The Hollywood Reporter revealed that in the film, Fleck himself suffers from the disorder.

"I think Joker is a part of [Fleck] that’s trying to emerge, and I think that was a really interesting way of looking at this laugh," said Phoenix. "But honestly, I didn’t think that I could do it. I would practice alone and then asked Todd to come over to audition my laugh, because I felt like I had to do it on the spot and in front of somebody else. It took me a long time."

Of course, Phoenix ended up with a cackle that’s more Heath Ledger, and less Jared Leto. Although the Joker actor still says that he never felt quite settled with the laugh.

"There were some scenes where, for whatever reason, it came out and it felt right and other scenes that it was a struggle," he told ETOnline. "Sometimes one take would work and another wouldn't. I think it was something that was alive, in a way."

"Who he was in the first few weeks of shooting was completely different than who he was in the end," Phoenix said of the character. "He was constantly evolving. I’ve never had an experience like this. The more unpredictable and looser we left it, the more exciting it was."

Well, that’s how Phoenix remembered the production of Joker, at least. His fellow cast and crew members had their own stories. According to cinematographer Lawrence Sher, after shooting an intense Joker-laugh scene, director Todd Phillips told Phoenix the take was “fucking great.”

"Todd said, 'I don't think I was supposed to tell him it was good, I think I screwed up,'" Sher told Business Insider. "Those first few weeks were intense."

An armful of awards later, it seems like everything worked out for Phoenix, Phillips, and the Joker team. Maybe it’s all thanks to the one rule Phoenix laid down on set. According to Josh Pais, who plays Fleck’s boss in Joker, Phoenix told Phillps:

“I don’t care who you cast, just make sure everybody is a really good actor—and no assholes." 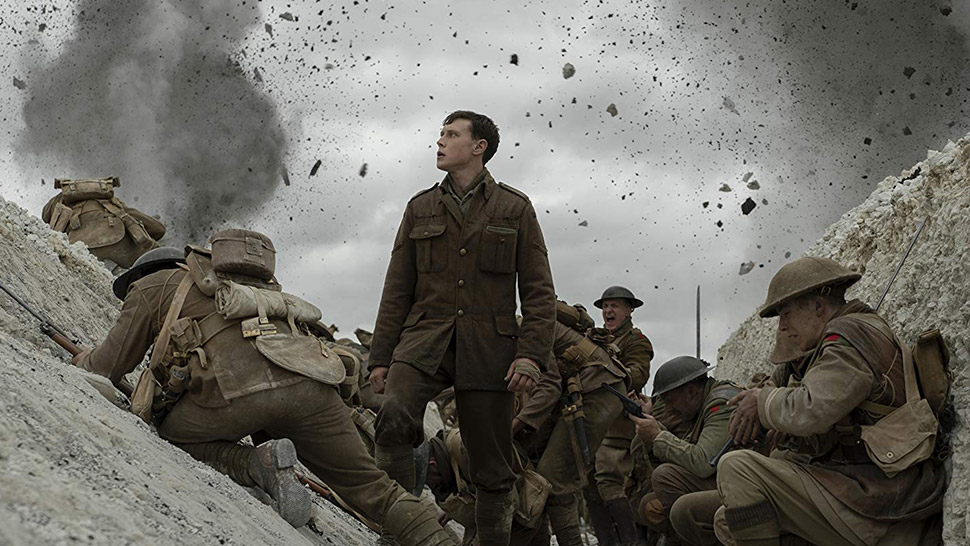 1917 Is Ambitious, Spectacular, and Unblinkingly Horrific
All Photos
Comments
View As List