The French Dispatch Is Wes Anderson's Love letter to Journalism

Wes Andersons latest is his best yet. 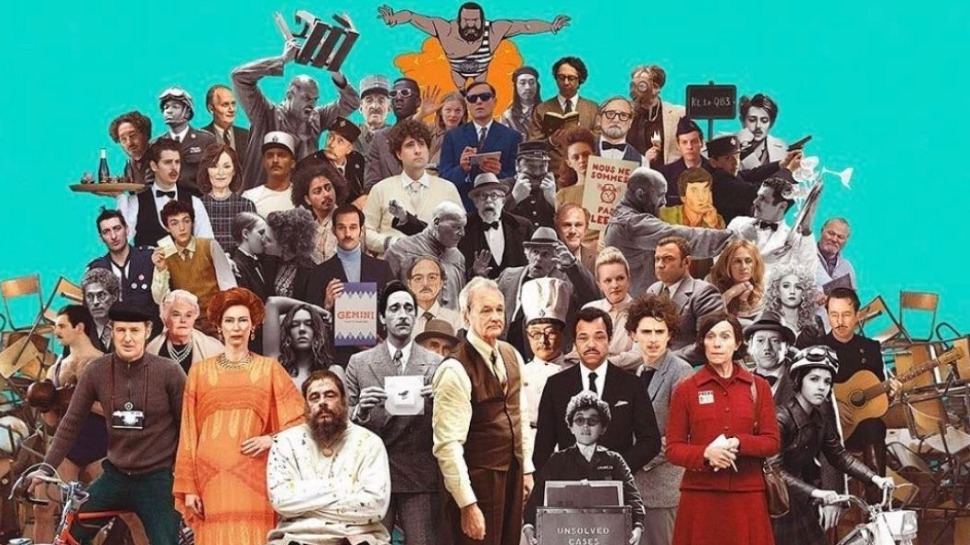 Wes Anderson’s latest film, The French Dispatch, follows the editor and writers of the eponymous magazine reporting on cultural, human interest and political stories in the French town of Ennui-sur-Blasé (literally boredom-on-apathy).

Modeled after a French quarter in the 1960s, the town is fictional but some of the characters are based on real-life journalists, while the magazine itself is based on The New Yorker.

Indeed, Anderson’s TFD is an homage to print journalism and long form, to editors who know the enormous reward of leaving their writers well enough alone to write their prose, and to brilliant but flawed writers.

It’s Anderson’s best film yet—and that’s saying a lot. But perhaps being a lifestyle journalist all my life, I am biased to like this film, just as the literary writer in me did Woody Allen’s Midnight in Paris long before a drunk F. Scott Fitzgerald and a morose Hemingway appeared on the scene.

Like all of Anderson’s films, TFD is wordy, quirky, set in a color palette and meticulously designed sets that are his aesthetic.

It is the most West Anderson of all Wes Anderson movies.

The filmmaker rounds up his usual suspects for an ensemble that makes you feel like you’re attending a private reunion to which you are graciously invited. And you will drop everything to attend this party.

Bill Murray is editor Arthur Howitzer Jr., who assembles a team of expatriate journalists to transform the uninteresting magazine Sunday Picnic of The Kansas Evening Sun into The French Dispatch. Murray’s character is based on Harold Ross, co-founder of The New Yorker.

The movie begins as the magazine is being put to bed—another issue with too many stories and not enough space. “Shrink the masthead, cut some ads, and tell the foreman to buy more paper. I’m not killing anybody,” Howitzer insists.

This would prove to be the final issue of TFD consisting of a short travelogue by Herbsaint Sazerac (Owen Wilson), a character based on The New Yorker writer Joseph Mitchell, introducing the town with his piece “The Cycling Reporter;” three feature stories, and Howitzer’s obituary.

Del Toro nails the character serving a 50-year sentence perfectly. So tortured is he by his own existence that he tries to execute himself in an electric chair after finding that drinking 14 pints of mouthwash a week would take an excruciatingly long time to die.

In love with Simone, he paints her in a series of abstractions that Cardazio has commissioned after seeing his first work in an in-prison exhibit.

At the unveiling, Cardazio finds out that Rosenthaler has painted frescoes—on the walls of a federal prison.

At Rosenthaler’s earlier parole hearing, we find out that he’s in prison for decapitating two bartenders with a meat saw. Cardazio pleads with the parole board, “We all know this man is a murderer. However, he’s also that rare once-in-a-generation guy that you hear about but never get the chance to discover for yourself. An artistic genius. Surely there ought to be a double standard for this sort of predicament.”

And here’s the crux of art and artists: just how much outrageous behavior (short of murder and other heinous crimes of course) are they permitted just because they produce works that enrich humanity?

Rosenthaler becomes the leading figure in modern art largely because of Cardazio’s campaign to make him the most famous painter alive. From valuing his own painting at 50 cigarettes in prison currency, he is now the most sought-after artist in the world.

He does not capitulate completely, however, as he makes it impossible for Cardazio to sell his work.

“We have to accept it,” the art dealer says. “His need to fail is more powerful than our strongest desires to help him succeed.”

But both get what they want in the end. The prison frescoes are airlifted to the United States years later by a private collector, Simone is paid for being the artist’s muse and is reunited with her child, Rosenthaler is released from prison for heroic acts during a prison riot at the unveiling, and Cardazio makes a shit ton of money.

‘Revisions to a Manifesto’

The great Frances McDormand plays Lucinda Krementz, who is profiling student revolutionaries that include Timothée Chalamet as Zeffirelli and Lyna Khoudri as Juliette.

What starts out as the students’ demand for access to the girls’ dormitory snowballs into a real uprising.

Krementz has devoted her life to writing and journalistic integrity, preferring relationships that end, remaining single because husband and children are “the two greatest deterrents to any woman’s attempt to live by and for writing.”

Despite this, she finishes writing Zeffirelli’s manifesto and has a brief romance with him. “I like how ruthless you are. It’s part of your beauty, I think,” he tells her.

Zeffirelli has an affair with the young Juliette on Krementz’s prodding, and is killed while fixing the antenna of their underground radio station.

“He is not an invincible comet speeding on its guided arc towards the outer reaches of the galaxy,” Krementz writes. “Rather, he is a boy who will die young. He will drown on this planet, in the steady current of the deep, dirty magnificent river that flows night and day through the veins and arteries of his own ancient city.”

Of the three stories, this to me has the most poignant writing but the weakest story.

‘The Private Dining Room of the Police Commissioner’

Food journalist Roebuck Wright (Jeffrey Wright), an amalgamation of the writers James Baldwin and AJ Liebling, recounts during a TV interview the events of a dinner with the Commissaire (Mathieu Amalric) during which the latter’s son is kidnapped.

The food is prepared by the commissaire’s legendary private chef Lt. Nescaffier (Stephen Park) but even before they could begin, Gigi is snatched and held for ransom by The Chauffeur (Edward Norton). The criminals demand the release of underworld accountant The Abacus (Willem Dafoe) in exchange for the child.

Gigi sends out the message “Send the cook” in Morse code from the kidnappers’ hideout and Nescaffier poisons the one dish he knows Gigi would never eat—but neither does The Chauffeur. Nescaffier is forced to taste test the food and ingests the poison knowingly.

Parts of the third story are filmed in animation—and given the absurdity of the chase across town it’s a fitting shift.

Nescaffier survives and whispers to Wright that the taste of the poison was unlike anything he had ever eaten before.

“That’s a rare thing in my age.” There is a sense of wonder as he clings to life and they talk about being foreigners in France, “seeking something missing, missing something left behind.” It’s a passage that Wright has removed from his story but Howitzer insists he put it back.

Anderson’s whimsy is irresistible (still, there are those that don’t like his films) and The French Dispatch takes this to the highest level. The film’s structure as a magazine issue works as the final story is the obituary of their beloved editor—a last-minute collaboration.

“No crying,” Krementz reminds the staff as they begin the tribute.

The foreman does have to buy more paper. 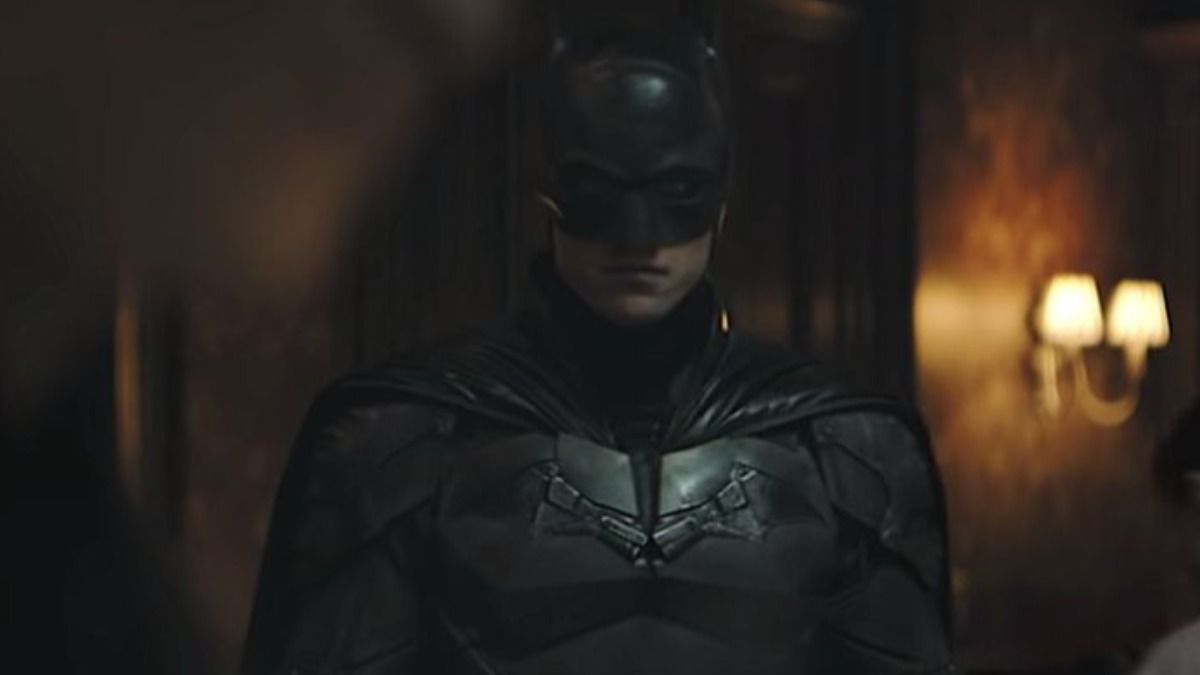 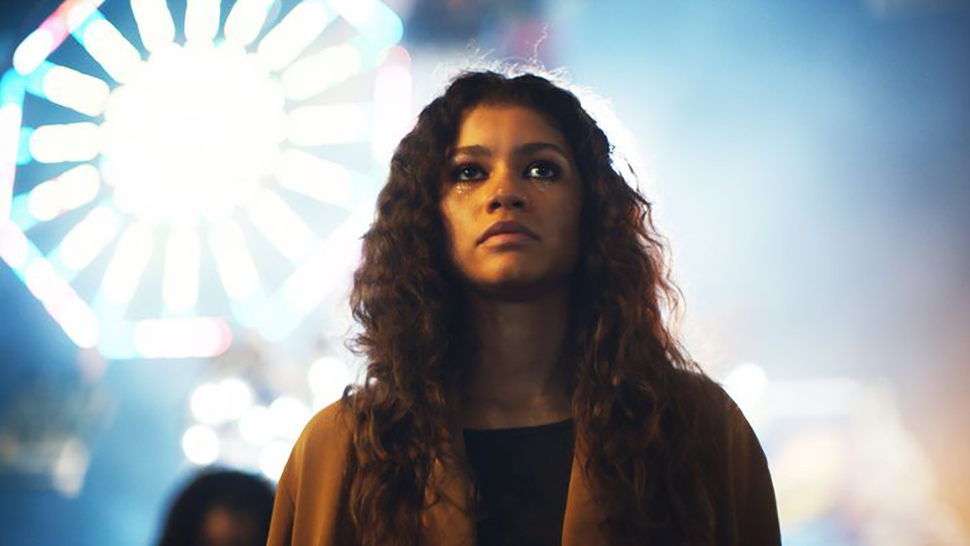