Prepare yourself for a scholarly and (somewhat) family-friendly Geralt of Rivia. 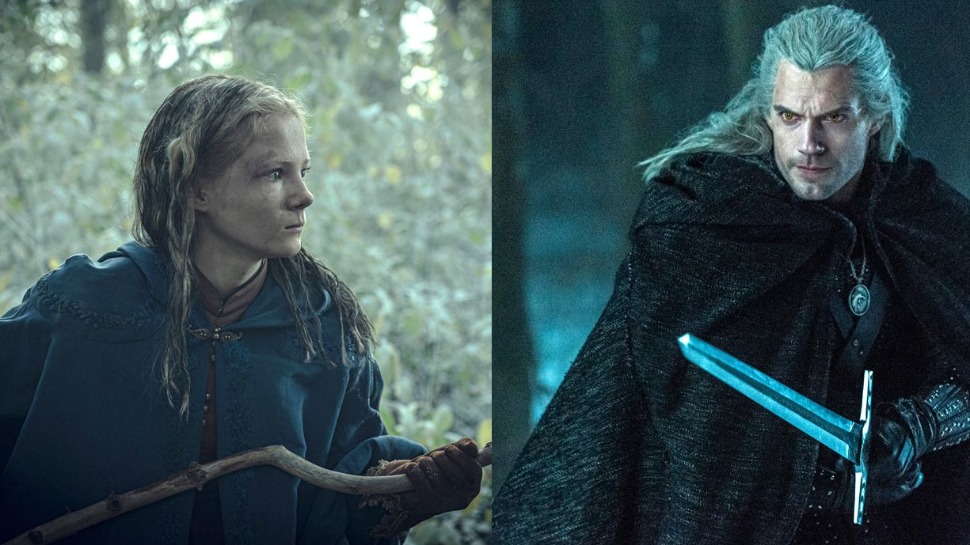 Now, we understand that The Witcher star Henry Cavill isn't a Method Actor on the level of Jared Leto and Jeremy Strong. But the man has opinions! And in a recent interview with GamesRadar, Cavill said that his leading character, Geralt of Rivia, needs to, you know, swear a little less and look a little smarter.

"For this season, I wanted to push really hard to make sure he was more verbose," Cavill said. "There’s always the risk of a character becoming a bit tropey and just comedic by grunting and saying the F-word, and not being representative of the talent of [The Witcher series author Andrzej Sapkowski]. Again, I really worked very hard to make him more intellectual, have an expanded vocabulary and be representative of a guy 70-plus years old."

So there you have it, friends. Prepare yourself for a scholarly and (somewhat) family-friendly Geralt in Season Two of The Witcher. Come to think of it, we're only a few days away from the show's big return to our lives. If you can't wait that long, you'll be happy to know that Netflix has dutifully fed our appetites with new footage from the fantastical world, with several clips over the past few months. These teases range from making-of videos, a scene from Season Two of The Witcher, and a look at its prequel series. Ready to reenter the WitcherVerse? Here's everything we know so far.

What happened in The Witcher finale?

Well, essentially The Witcher took place over a span of 40 years, with the timeline of Ciri escaping the fall of Cintra being the present. The backstories of Yennefer becoming a mage and her meeting of Geralt of Rivia are told over a series of simultaneous flashbacks. In the final episode, a group of mages led by Yennefer attempt to stop the advance of the Nilfgaardian army into the North. Yennefer's side wins as she embraces the chaos within her, but her fate is left unclear after the battle. Meanwhile, Geralt is mortally wounded and taken to a nearby farm, where he finally meets up with Ciri—thus beginning to fulfill his destiny.

What will Season Two be about?

The first season of The Witcher is loosely based on The Last Wish by Polish writer Andrzej Sapkowski. Events like Episode Eight's Battle of Sodden Hill more or less happen as it's told in the books, and The Witcher showrunners have said that they will continue to pull from events Sapkowski's stories. That means the next material the show will likely adapt would be Blood of Elves and Time of Contempt.

And based on the most recent leaks from a Witcher fan site, the filming of Season Two, which began in early 2020, has moved forward with adapting Blood of Elves and Time of Contempt. The blog reported that the elf sorceress Francesca Findabair will appear in Season Two, along with the feared elven army Scoia’tael. According to the leak, scenes in the elven army camp were filmed for three days, alongside Francesca and Anya Chalotra, who plays Yennefer.

As the Witcher Wiki describes the Scoia'tael:

The Scoia'tael are a group of elven and dwarven rebels fighting against the discrimination of nonhumans. They are divided into commando groups, or independent squads. Their protest against racism quickly turned to violence. Scoia'tael rob merchant caravans, plunder and burn villages, and kill. Instead of finding a peaceful solution, humans send troops to fight them. Scoia'tael means 'squirrel' in elven and the name probably comes from the rebels' habit of attaching squirrel puffs to their clothing.

With the appearance of the Scoia’tael, it seems Season Two will delve even deeper into the complex racial politics of The Continent.

The good news for anyone who was confused by the often separate timelines and stories from Season One is that The Witcher will embrace a more linear structure in Season Two, showrunner Lauren Hissrich said in an interview with Gamesradar. “What’s great about Season Two, I can tell you, is that, in what we’ve written, the story becomes much more focused. There’s a stronger drive in the story, because all of the relationships that we’ve been setting up in season one, actually start to come into fruition in Season Two,” she said.

That means, now that these characters have come together, the story will be more focused and take more care with its world-building rather than providing origin stories.

"I knew from the very beginning of writing this season that I wanted the last moment to be the meeting, and realizing that [Geralt and Ciri's] destiny has been fulfilled," Hissrich told IGN. "Because that's what so much of Season One is about, right?

It's about the destiny of these three characters and how they find each other and how they move through the world, and interacting and moving together even though they don't want to be. So, [in] Season Two we actually get to explore some of that."

In the finale of Season One of The Witcher, Geralt briefly sees a vision of a young woman named Visenna. While the show doesn't give any other details about this new character, we know from clues in the games and books that she is his mother. As the Witcher Wiki explains:

Visenna was a druid, healer, and a sorceress, as well as the mother of witcher Geralt of Rivia. Geralt got the opportunity to meet her face to face as she treated some very serious injuries he had sustained.

This brief tease of the new character hints that Season Two will delve more into Geralt's history and how he became a Witcher. This may partially be why The Witcher's team chose to explor Vesemir's origins in Nightmare of the Wolf, an anime prequel to The Witcher, which debuted on Netflix in August. It tells the origin story of Geralt's mentor, Vesemir, and might be even more critical of a watch heading into The Witcher Season Two than we previously thought. We don't want to spoil the adventure for you, but check out what Hissrich said about the anime's connection to Season Two of the Witcher:

In a season that is about Geralt becoming a father to Ciri, it was so important to me to find out who his father figure was.

What did Netflix drop at its Tudum event?

In late September, at what was essentially Netflix Comic-Con, we saw four new looks at the WitcherVerse. Two clips are looks at scenes pulled from The Witcher Season Two, where Geralt sits down for a chit-chat with Nivellen, and another where he confronts Ciri, respectively. If you're already forgetting who those people are, the third clip is essentially a recap video of Season One, with some added new teases of Season Two. Finally, for those of you hyped about the upcoming prequel series, The Witcher: Blood Origin, there's a set tour for you to peruse. We've compiled them all here for you.

When does Season Two debut?

After originally beginning production in early 2020, The Witcher halted filming in March due to covid-19 concerns. In June, Netflix announced that the show would resume filming on August 17.

Season Two's release date was subsequently pushed to December 17, 2021. That means you don't have much time left to gather some more coins to toss to your Witcher. 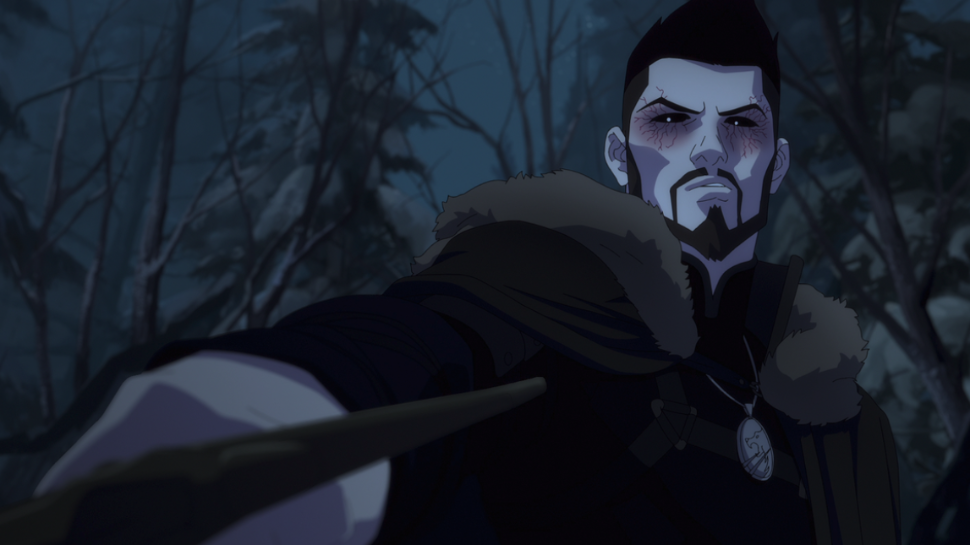 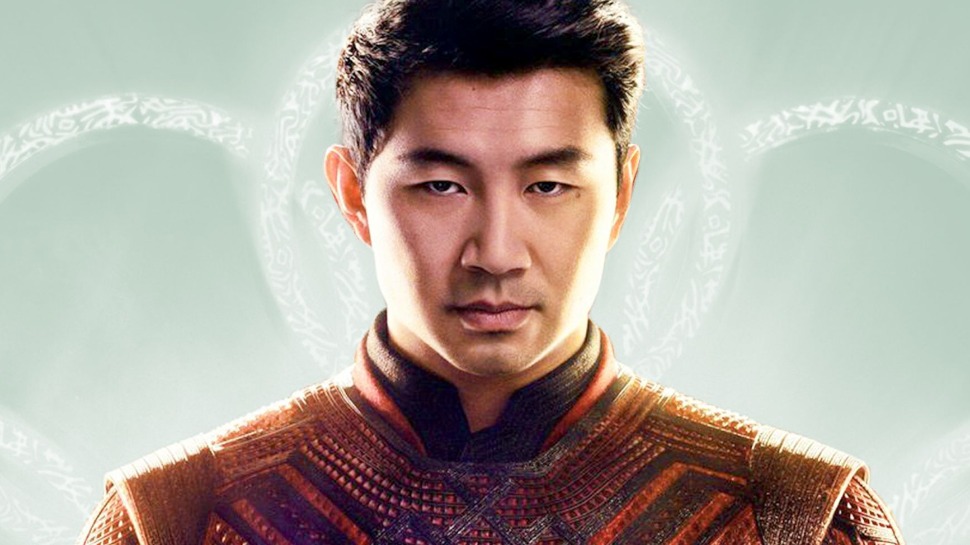 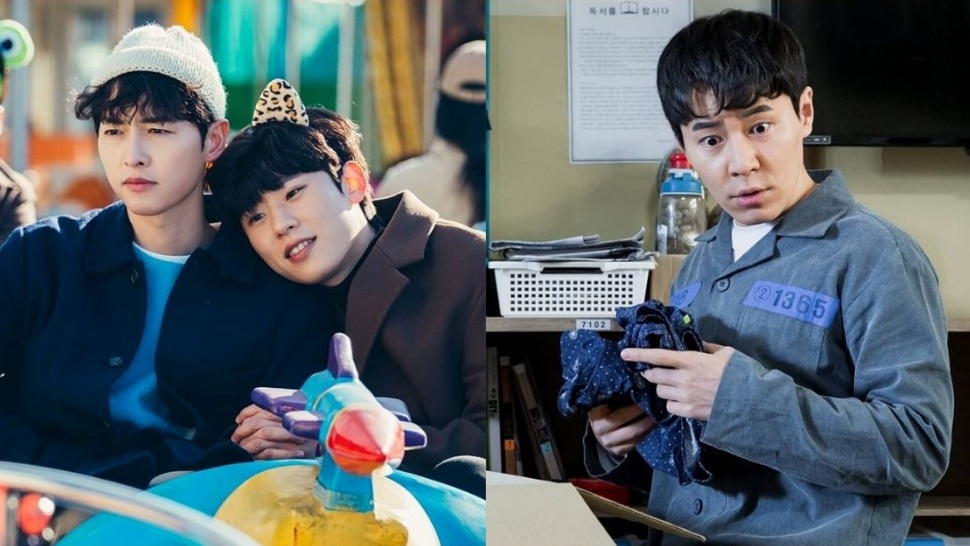