There Is No Kardashian Curse. Only Men Incapable of Embracing the Stakes.

Tristan Thompson knew the stakes and blew it. Many times.

In the decade-plus of the Kardashian family’s reign as tabloid queens, cosmetic moguls, reality TV mavens, fashion trendsetters, perfume shillers, Instagram rulers, catwalk mainstays, and whatever it is that Kourtney does, they have each publicly dated a number of famous men. Formula 1 drivers, rappers, models, MLS players, NFL players, NBA players, and whatever it is that Scott Disick does, have all had their time in the spotlight with the women since Keeping Up with the Kardashians debuted in 2007.

But that new, heightened profile has rarely been kind to the men’s professional pursuits as most of them have been dogged by public scandals and careers gone belly-up. There’s a name for the trend: The Kardashian Curse. 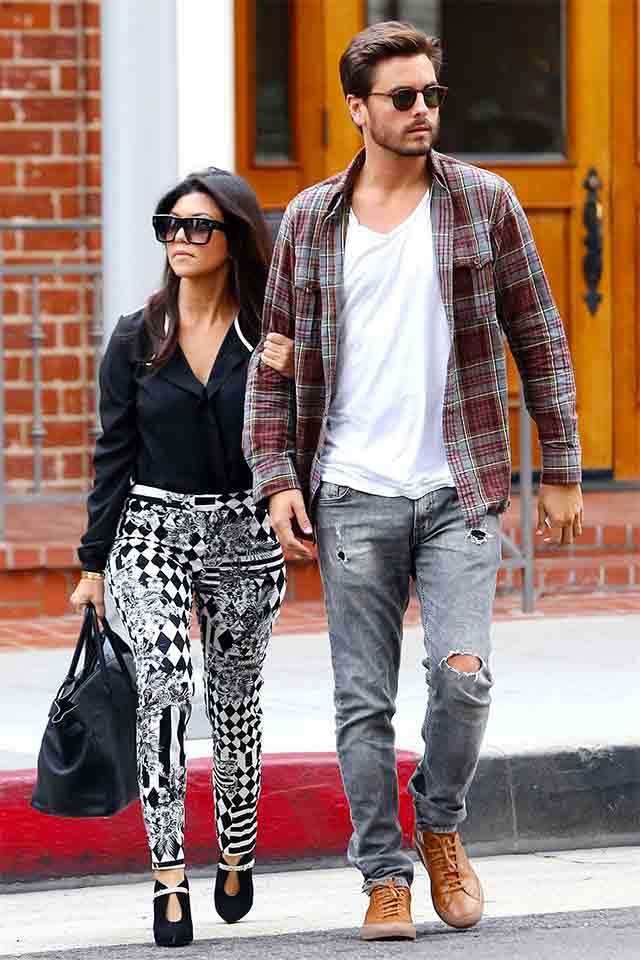 There are Disick’s many-years-running struggles with partying and sleeping with women other than Kourtney Kardashian, the mother of his three children. Same for Lamar Odom, former L.A. Laker and ex-husband of Khloe Kardashian, who lost his spot in the league around the same time his marriage dissolved. (It was actually an earlier flame of hers, former Timberwolves player Rashad McCants, who first gave credence to the theory. “Without that situation in play, I’m a $60-70 million player,” he was quoted as saying as his time with the NBA fizzled following their split.)

Rapper Tyga, who at 24 and with several hits under his belt began dating the then 17-year-old Kylie Jenner, watched his recording career stall as their relationship rose. And his money problems became a punchline near the end of their union.

Of course, there is also basketball player Kris Humphries, who was married to Kim Kardashian for a whopping 72 days in 2011 and now, presumably, lives somewhere and does something, as well as musical artist Ray J, who was last seen around the same time his sex tape with Kim was released, launching her career. Recently, sportscasters like Colin Cowherd have begun wondering if the 76ers Ben Simmons’ “sophomore slump” has anything to do with the frequency with which Kendall Jenner is spotted court side.

Kris Humphries was married to Kim Kardashian for a whopping 72 days in 2011 and now he lives somewhere doing something. 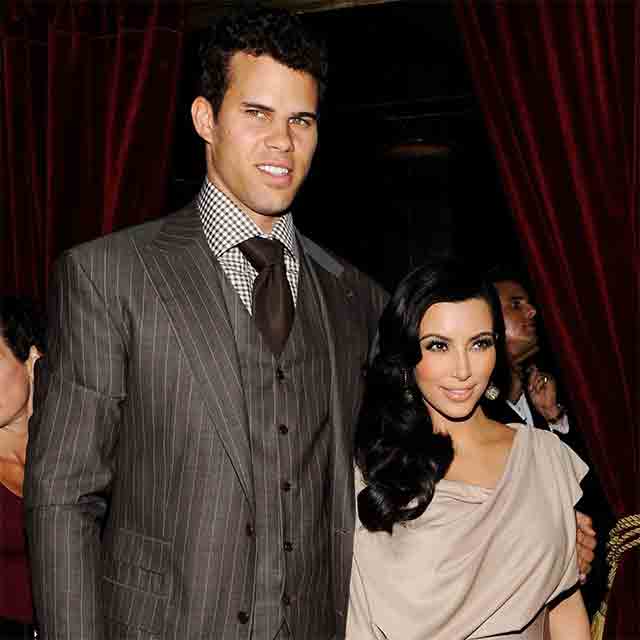 But this week, as more news of illicit affairs surfaced involving Tristan Thompson, who plays basketball for the Cleveland Cavaliers and shares a child with Khloe, the conversation peaked again. (Thompson was famously caught in several compromising videos last year in the days leading up to the birth of the couple’s daughter, True.) Fans of the 27-year-old have cried foul at the hex since thebeginning of his relationship with the Good American founder two years ago. The season that coincided with Khloe’s pregnancy was far from his best, and rumors that his teammates blamed her for their postseason slump followed the team’s lukewarm results. As he returns to the court on Thursday night following the All-Star break, the question will be raised again: How will he play amid a media firestorm? Will he be able to focus? Will his team? How will they handle the reaction from the crowd?

If it goes poorly, you can be sure fans won’t point their finger at Thompson, who is now counting on two hands the number of times he’s been levied with evidence of affairs. No, they will come for Khloe. “The curse” will be considered supreme.

The latest blowup of Tristan Thrompson's affair with Jordyn Woods is only NBA star's most recent cheating scandal. 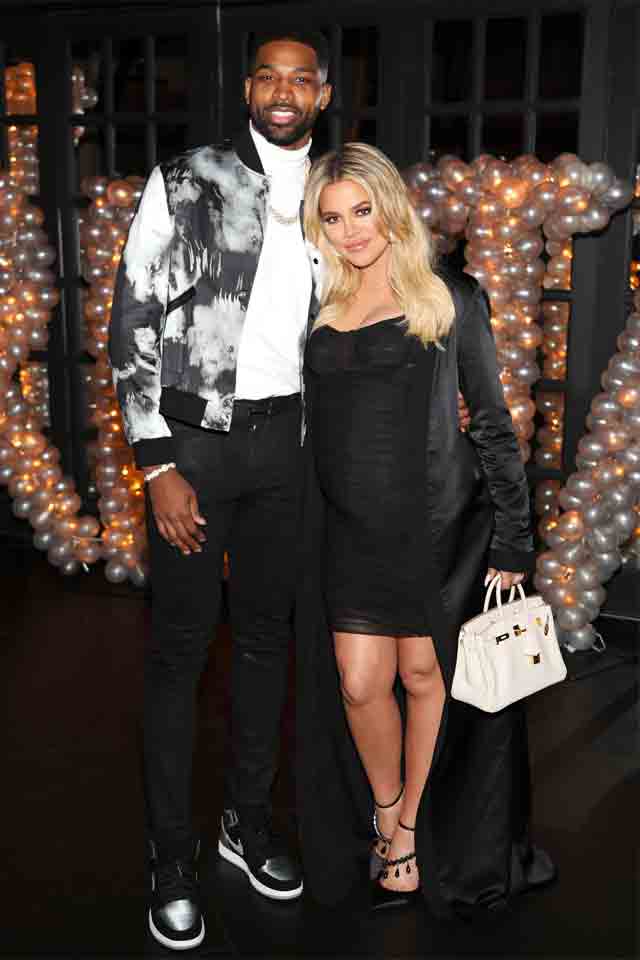 But what’s too often ignored in these conversations is that the women, too, have felt the wrath of an outraged public, most more than once. So far, it's done nothing to derail their careers.

Supermodel Kendall received huge blowback for her out-of-touch Pepsi commercial in 2017. Kylie’s are-they-or-aren’t-they-fake lips—plus her many bizarre excuses for their remarkable change in appearance—hardly earned the Lip Kit creator sympathy in her late teens. Also in 2017, the Kendall + Kylie clothing line was caught selling T-shirts with unapproved images of Notorious B.I.G. and Tupac Shakur.

The most famous of the brood, Kim, receives backlash as much as she does adoration. Following that 72-day marriage, she got an onslaught of accusations that she had used Humphries for a Keeping Upplotline (from both the public and her estranged husband) and, following a release of new KKW Beauty photos in 2018, she was accused of doing blackface. Earlier this year, her public support of Dolce & Gabbana on social media was met with anger, forcing her to remove the story from her account. And almost all of the women have been accused of cultural appropriation over the years and are frequently criticized for their level, or lack thereof, of clothing. 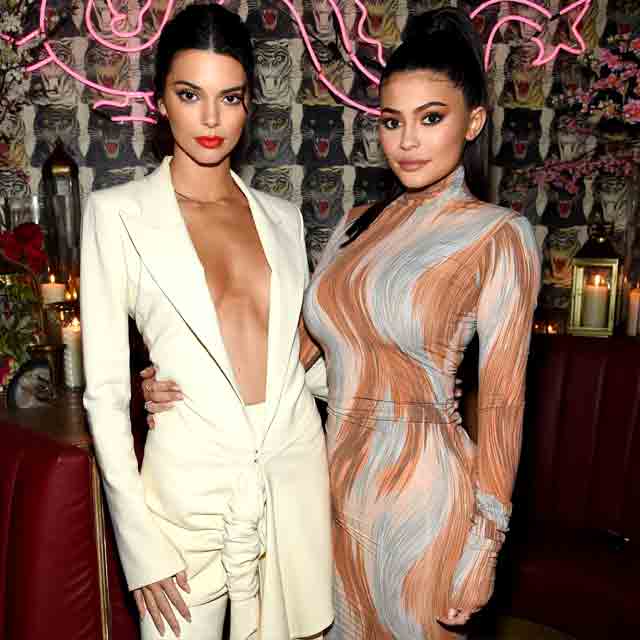 In many of the instances, the reaction is justified; others, it's a simple byproduct of the fact that you can never please everyone. And yet, their careers have survived. In fact, they have grown. Season 16 (!) of Keeping Up premieres on E! this year. Seemingly every day, Khloe, Kim, and Kylie roll out a new line under their respective cosmetic and clothing brands. Kylie is on track to be a billionaire, while Kendall continues to be one of the world’s highest paid models.

So perhaps it's time we considered a new alternative: these men simply cannot hack it. The level of fame the Kardashians maintain is almost without precedent, and for those new to it, the pitfalls can prove professionally fatal. But for too long we have blamed the "Beckys" and the Yokos for the wayward behavior of their famous partners. Whatever happens next in Thompson’s career is on him. If the boos are too loud or the paparazzi flash too bright, it’s too much for him.