The hero of HBO’s flagship sci-fi thriller is back as a dangerous femme fatale.

“This is the season of the cocktail dress. The little black dress. La femme Nikita,” says Evan Rachel Wood, who has been portraying Westworld’s main protagonist since the show premiered in 2016. “I do miss the blue prairie dress, just because that’s where I found the character and so it feels like her skin when I’m in it. It really feels like fully Dolores.”

But the innocent girl in the blue prairie dress we met in season one is now long gone. In the new season of Westworld, Dolores Abernathy is back as a slick and dangerous femme fatale. Having fled the park and emerged into the real world, she is an android on a mission: to lead the revolution against mankind.

Just as Dolores has changed her look, the design of the show itself has deviated from its Wild West aesthetic and ventured more into dystopian sci-fi territory. Fewer cowboy gunslinger showdowns outside saloons and more exploding robots and car chases through the streets of a futuristic metropolis.

In season three, Dolores has escaped from Westworld, but the human world in which she finds herself is no freer than the theme park where she was created. Most of the action takes place in Los Angeles in the year 2052, where people’s lives are ruled by algorithms, pre-programmed codes, search engines, apps on smart-phones, smart-homes, smart-cities, and corporate behemoths under the yoke of a technocratic elite—and everyone carries on with their days in accordance with their pre-determined scripts.

Dolores has grown to believe her species, the Host androids, originally built to be toys and servants for mankind, have more power and freedom than their human creators. “I think all of the hosts demonstrate an immense amount of just physical strength,” says Wood, “they all have that advantage, no matter what they look like or sound like or act like.”

In the finale of the previous season, it was revealed Dolores has gained the means to produce new Host bodies. She can remove the core memory drive of a Host and insert it into a new body. Wood is excited at how the story has progressed in such a way that the Hosts are free from the biological constraints and the social categories imposed on human bodies, such as gender. She describes it as an “idea of strength not being dependent on how big or small or male or female you are.”

These Violent Delights Have Violent Ends

The first season of Westworld charted Dolores’ struggle to attain sentience and control over her own choices, while the second season saw her grow into a leader rallying others to join the uprising. She has come a long way from being a drone repeating a loop programmed into her, a plaything for the fantasies of the guests at the park, a powerless doll with no control over her life or her own body.

Her path to self-realization was paved with suffering, and now in the third season, she is channeling her pain into liberating anger. For Wood, in her portrayal of Dolores, this anger is a source of power, this feeling of “being angry and being allowed to be angry, being allowed to take charge of that and to let it propel you into something greater than yourself.”

Dolores had spent years in the Westworld theme park being abused and violated, and she remembers everything. She is a survivor and has every right to be angry. The pain Dolores had experienced deeply resonates with Wood. Beyond her work with the show, the actress is a women’s rights activist, campaigning to protect and empower victims of domestic abuse and sexual assault.

“We root for a lot of these men that are angry and on a mission and are going to destroy anything in their path to get there—people even root for the Man in Black," she says. "I did find people’s reaction to Dolores in the second season really interesting when she’s literally fighting for her freedom and she’s been abused for 30 years and they still wanted to say that she was out of line, which is what we do to survivors at times.”

As Dolores emerged as a leader of the Host uprising in the park, she committed great acts of violence and destruction. A path she will continue in the real world in season three, prompting fears that Dolores could become a monster as brutal and cruel as the men who once subjugated her. “She’s about freedom, but she still always has somebody doing her bidding, under her control,” Wood says about the moral ambiguity of her character. “There’s a hierarchy. It’s not always clear if this is good.”

Dolores’ anger is aimed at specific targets. Although it remains a mystery how far Dolores is planning to go in her revolution, we know her immediate objective in season three is to take down the tech company Incite, who has invented a supercomputer named Rehoboam that mines everyone’s personal data and can track and predict the course of anyone’s life.

Assisting Dolores on her mission is Caleb Nichols (played by Aaron Paul), who saves her life and then chooses to join her battle against Incite. In the bleak future portrait of society, it seems the advances in robotics and artificial intelligence have failed to benefit most of the population. A war veteran suffering from depression, the Rehoboam algorithms have assessed Caleb to be a bad investment and thus many AI systems deem him unworthy of support and employment opportunities. He moves between low-wage construction jobs and resorts to petty crime as he struggles to pay the medical bills for his sick mother. In Dolores, he finds hope to take control of his life prospects.

New episodes of Westworld are released every Monday and are available to stream on HBO GO. 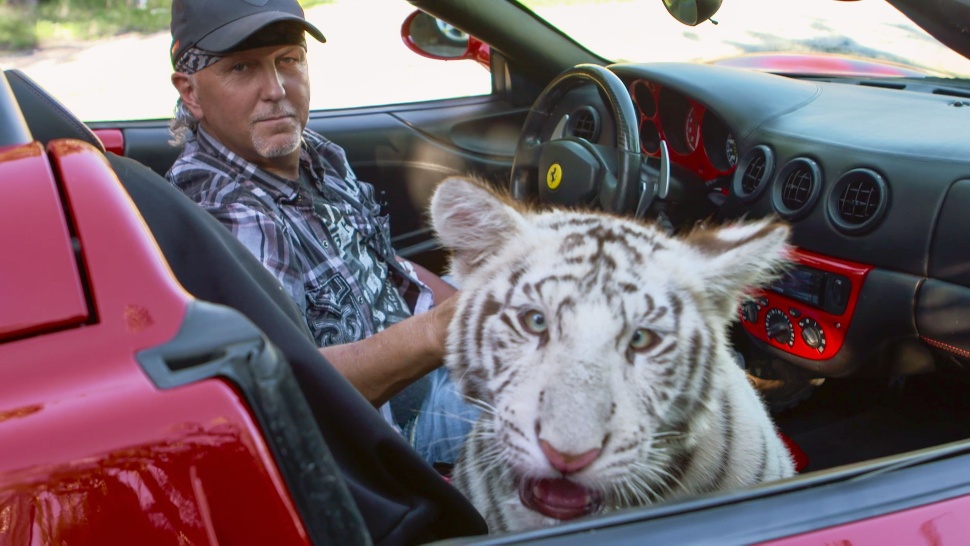 A New Episode of Tiger King Could Be On Its Way, According to Jeff Lowe
All Photos
Comments
View As List