Dennis Gorecho once celebrated his birthday with Buddy Zabala over ice cream and an old movie.

Most fans of the Eraserheads know that its members attended the University of the Philippines in Diliman. It was there that Ely Buendia, Raymund Marasigan, Buddy Zabala, and Marcus Adoro got their start, eventually becoming one of the most influential musical artists in the country.

Can you find three of the four members of the Eraserheads in this pic?

Dennis Gorecho knows. Now a maritime lawyer, Gorecho not only went to UP the same time as the Eraserheads and was friends with them, but he actually stayed in the same dorm (Molave) and was roommates with Zabala and Marasigan for two years (1989 to 1991).

"Our room was identified as 'AS 101,' with high ceiling and huge windows, which was at the end of the second floor of the Molave boys’ wing," he says. "Ely Buendia’s room was also on the second floor, a few steps away from AS 101, I think in front of the shower room. Marcus Adoro was a regular 'visitor' [to] our room. [He] was staying at the Narra dorm, and [slept on] an extra cushion pulled out underneath Raimund’s bed."

Instead of going home to Las Piñas for his birthday in 1990, Gorecho says he celebrated it with Zabala over ice cream while watching an old film in the dorm's TV room.

Gorecho with Ely Buendia and a friend 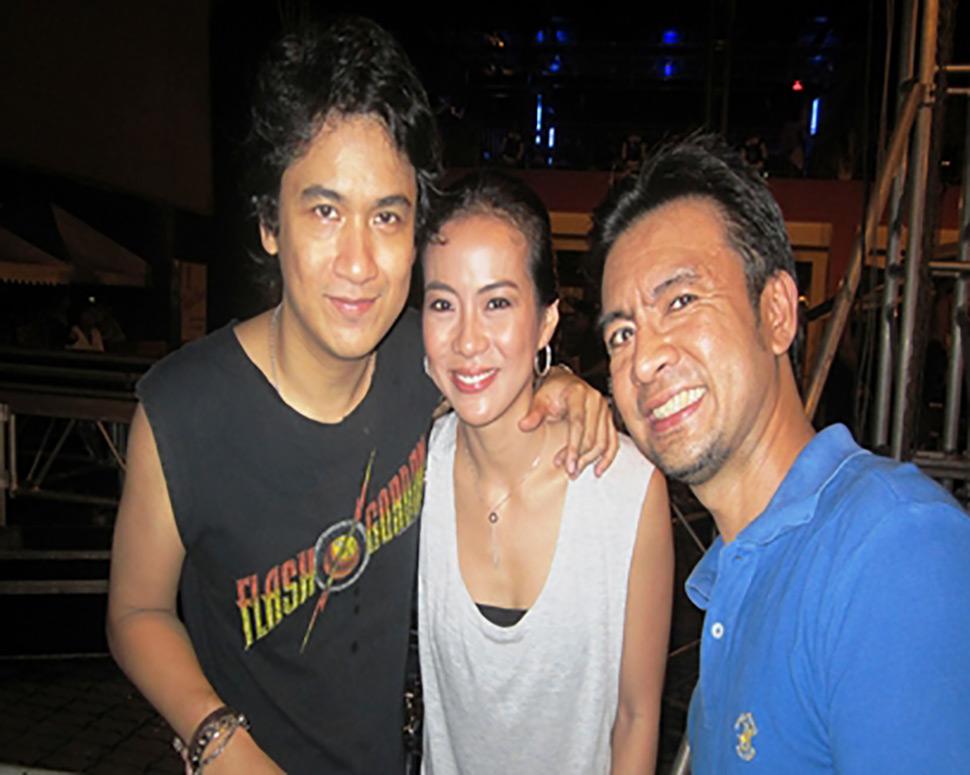 "Buddy [was] a bookworm who loved to stay inside our room, in contrast to Raimund’s gimikero character who usually arrived late in the evening and [would] miss breakfast as he [woke] up late," he says. "Too late for breakfast and too early for lunch."

Because the band members often used their room to play their instruments and practice, Gorecho says he often ended up going out to study somewhere else as he couldn't take the "noise."

"It was beyond my comprehension that the 'noise' that I tried to avoid made them known as one of the most successful, critically acclaimed, and significant bands in...OPM history, earning them the accolade, 'The Beatles of the Philippines.'

"Moral of the story: never downplay small things, however annoying they can be," he says. "Guys that are noisemakers can reverberate through history as musical icons."

No Rome is Home: He's the Filipino Who's Performed at Coachella
All Photos
Comments
View As List