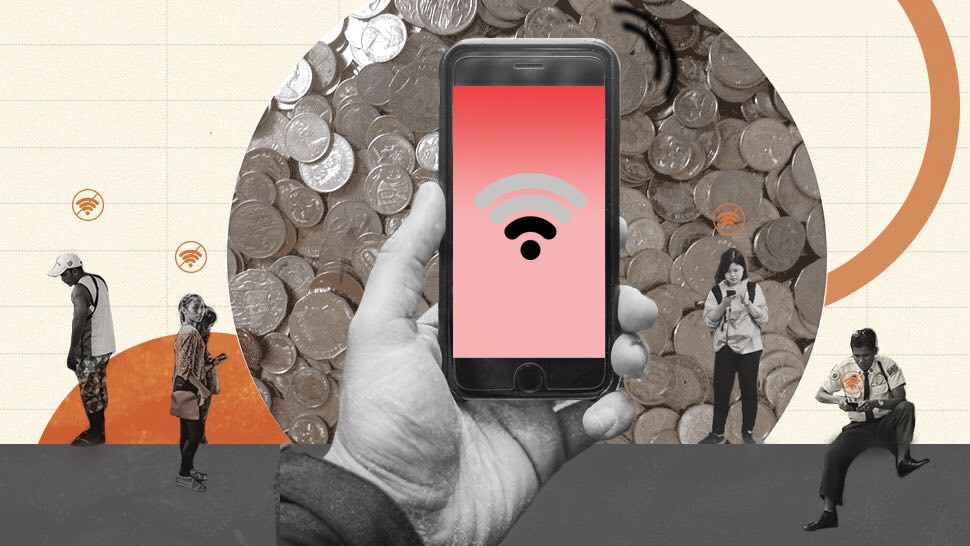 Access to the Internet has become a sore spot for the Philippines lately. Now that people are working from home, most are finding that their personal providers are slow, unreliable, or, worst, unavailable, as in there is no connection to the world wide web at all.

The Digital Quality of Life Index 2020, a recent study by VPN provider Surfshark, affirms these connectivity woes. Overall, the Philippines, which is highlighted twice in the 32-page report (and not in a good way), ranks 66 out of 85 countries in terms of digital well-being.

The Philippines has expensive Internet connection.

In the Internet Affordability index, which measures the time required to afford the cheapest mobile and broadband Internet in the country, the Philippines lands at 82, besting only a few countries such as Guatemala, Costa Rica, and Albania. Israel wins the round as the country with the most affordable Internet.

The Philippines has poor Internet quality.

Here, the Philippines chugs along at 77, placing it among the countries with the slowest and least stable Internet. Asian neighbor Singapore takes the top spot, while other Asian countries such as Nepal, Bangladesh, India, Pakistan, and Indonesia occupy the five bottom slots in this category.

The Philippines has less secure Internet.

E-security is gauged via the country’s cybersecurity efforts and personal data protection. In this index, the Philippines fares better, landing somewhere in the middle at 46.

The United Kingdom is the most prepared to fight cybercrime, taking the top spot, while Bangladesh has the poorest e-security, finding itself at the bottom.

The Philippine government has an above-average Internet presence.

Surprisingly, the Philippine government's above-average online presence—how its services are digitized or can be done over the Internet—hoists the country’s ranking for Electronic Government to 36.

Singapore, once more, takes the crown for having the most developed e-government, while Sri Lanka lags behind the rest at 85.

The study also observes that, for most, the e-security rating correlates with the e-government rank, as seen in the U.K., France, and Finland, all of which rank high in the indices.

What does it all mean?

The numbers don’t lie. A poor showing in the study reflects the sorry state of connectivity in the Philippines, and this is negatively affecting the lives of Filipinos.

High costs mean limited access. Unstable connections decrease efficiency in work and enjoyment when you’re watching Netflix. Just think of the frustration when a movie stutters and then grinds to a halt.

The pandemic has only put a spotlight on the country’s Internet deficiencies. What should follow next is innovation.

Apparently, There's a Total of Three Billion Gamers Around the World