This Fledgling Local Gym is Aiming to Compete with Industry Heavyweights 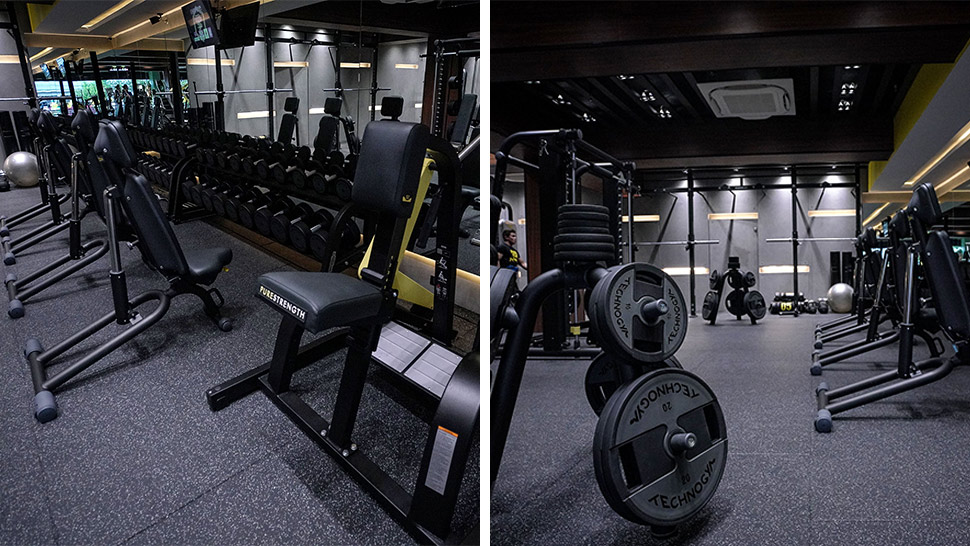 There existed a time when the concept of male fitness meant protruding pectorals, stacked shoulders, and finger-pointing cases of likely steroid use. Which came first is uncertain, but gyms conjured images of Rocky training with Apollo Creed in dingy, dimly lit iron palaces of grunting, rusty metal bars, and sweat stains on marble (and that should be impossible). But in this more modern age of unblinking cold lights, clean as you go, friendly fitness centers, the idea of the gym and the concept of male fitness have changed dramatically.

“Gone are the days when gyms were used only by those who were into bodybuilding,” says Alexis “Alex” Mariano, finances and legal matters chief of new gym Hype 24/7. “Now people go to the gym not just for the aesthetics aspect of it, but really for health reasons.”

The concept of male fitness has since expanded exponentially to include every kind of body, from skinny guys running single kilometers in under five minutes to heftier fellas adept at balancing on their heads in a Salamba Shirshasana pose.

The Boys and the Birth of a Business

The team of Simon Chen, Akiyo Dy, Justin Pe, Keith Tan, and Mariano bounded out of college set on starting a business.

“Right after graduation, we were thinking of different ventures that focus on health and lifestyle as it was a lucrative industry at the time,” Mariano says. “The idea of building a gym came almost naturally as the industry was blooming during that time, especially around the area where our first branch was built.”

Aware though that giant gym chains like Anytime Fitness and Gold’s Gym dominated the Philippine fitness market, the team tried to get closer to the pulse of why people hit the gym in the first place, as well as what kept folks out of them. Hopping from gym to gym across the metro—hotel gyms, cycling studios, rowing centers, and Crossfit boxes—in search of a nugget of the fitness plane to call their own, the team quickly realized one thing.

“When you go inside one of these [fitness centers], there is a general feeling of intimidation, especially for newcomers,” says Mariano. “It seems as if everyone knows what they are doing, and that they are all rushing.”

Other than this melting pot of people taking their workouts all too seriously, the team found more luxurious gym options, but these, of course, cost an arm and a leg.

And so the team of five, the oldest of whom is 28, took a dive at creating a gym that had all the marks of a 24-hour community fitness center at an affordable price—just P2,500 per month for a year’s contract.

Running across a list of over 50 possible names, the team faced the paradox of choice. By the nth scientific name, the team landed on Tachyon, then at some point conceded to a “lazy idea” with iGym. But finally, a member in a fit of both excitement and exasperation chimed in about how hyped up he was by the thought of the business.

And so Hype 24/7, in a circle of five tired guys, was born. Well, the concept at least. The next order of business was putting the whole thing together.

Thinking about the condominium gyms I’ve been to over the years, with rusty metal bars and clamoring reclining benches (the sort you can get your fingers caught in if you’re not careful) come to mind. The team wanted to step as far away from that as possible. When asked about the fitness equipment housed in the gym, the guys say they partnered with Technogym, a leading luxury gym equipment manufacturer from Italy. This is the brand that five-star hotels including Marina Bay Sands in Singapore and Burj Al Arab in the UAE use. If that wasn’t enough stars, local brand heavyweights like Marriott, Solaire, and Okada use Technogym equipment, too.

More than a wide array of press-and-push machines to choose from, and beyond the pull-up bars, ropes, beanbags, and free weights, the gym, too, houses Skillmills and cardio equipment. These are all on the first floor, where gym entrants can also  connect their phones to the fitness equipment with the aid of Near Field Communication (NFC), allowing fitness data to be stored, tracked, and improved on.

“You just need to have the app opened and your phone nearby,” Mariano says.

The second floor of the gym provides ample space for the spectrum of free classes offered by Hype—Yoga, Zumba, and HIIT (high-intensity interval training) are on offer and are guided by staff trained in the correct use of fitness equipment.

University of the Philippines Men's Basketball Team players Joaquin Gomez de Liaño (left), and Ricci Rivero (right) with Keith Tan, one of the owners of Hype 24/7

Goals: For Patrons and for Hype

The guys at Hype are well aware that the concept of a healthy body has shifted dramatically in the last few years.

“Some [people have body goals] but some just want to relieve stress,” Mariano says. What Hype hopes to build is a community environment where patrons feel safe in their own skin and proud of their own goals. Whether one walks in at 3:30 AM aiming to deadlift a fallen oak tree or if he or she wants to sweat just enough to dampen a thin t-shirt, Hype 24/7 with its band of engaging trainers provides a fun facility in which to do it (regarding the oak tree dream however, perhaps not immediately).

The first branch of Hype 24/7 opened in the first half of 2019 at the second and third floors of Congressional 188, Congressional Ave., Quezon City. Yet with a hastened timeline and a goal of maintaining the quality of the gym and its services amid the plethora of franchising offers the team has received, the group of five is opening its next branch in the new wing of Robinson’s Magnolia. This new venue, targeting to open in the third week of October, is the team’s second stop on their goal of being the “top wellness center in the market.”

With this brand of "your goal is good as long as it makes you feel good" fitness and enough youth between the boys to power a small car, Hype 24/7 as a Filipino grown-and-owned establishment might soon find itself, er, flexing its muscles against the imported juggernauts in the local fitness industry. 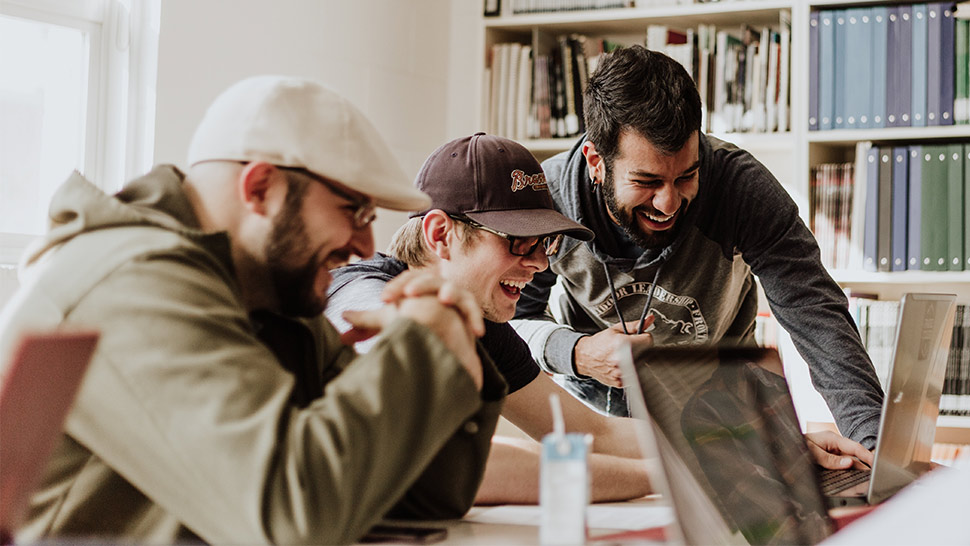 Psychologist Says You Have to Laugh More at Work