The Klook app gets you places without the hassle of booking so many things. 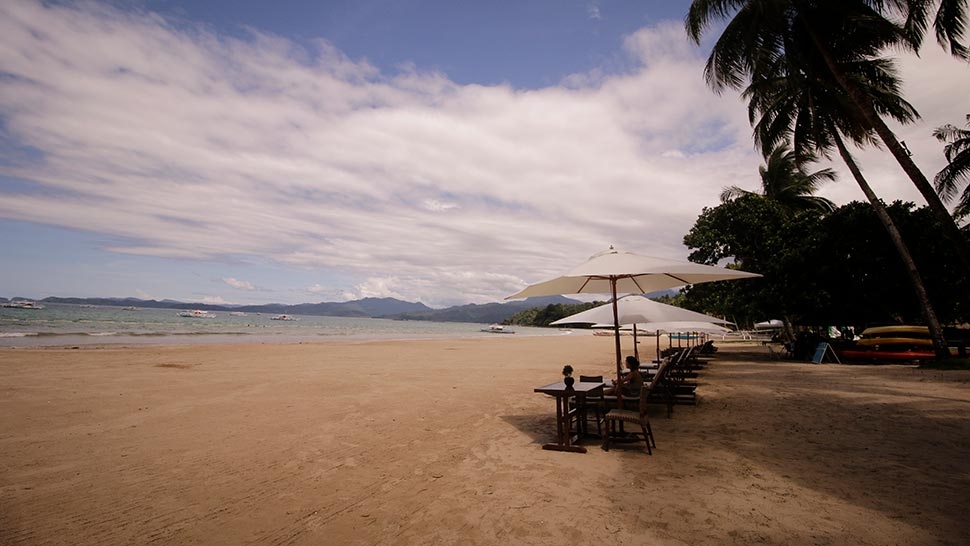 In the island paradise of Palawan, there were two places where we were instructed to keep our mouths shut. The monkeys in the tropical jungle wilderness are said to interpret toothy smiles as aggression. So we had to refrain from baring our teeth while walking through the forest at the Mangrove preserve and en route to our Underground River Tour.

We also shouldn’t open our mouths while gazing up at the fantastical stalactite formations of the Palawan Underground River, where water laced with guano (bat droppings) might present some digestive problems. We didn’t want to go all Ace Ventura with that one.

These are only some of the nuggets of wisdom one gets from a guided tour conducted by someone who actually knows what he or she is talking about. This is one of the advantages of booking a legit guide on your tour of unfamiliar territory. 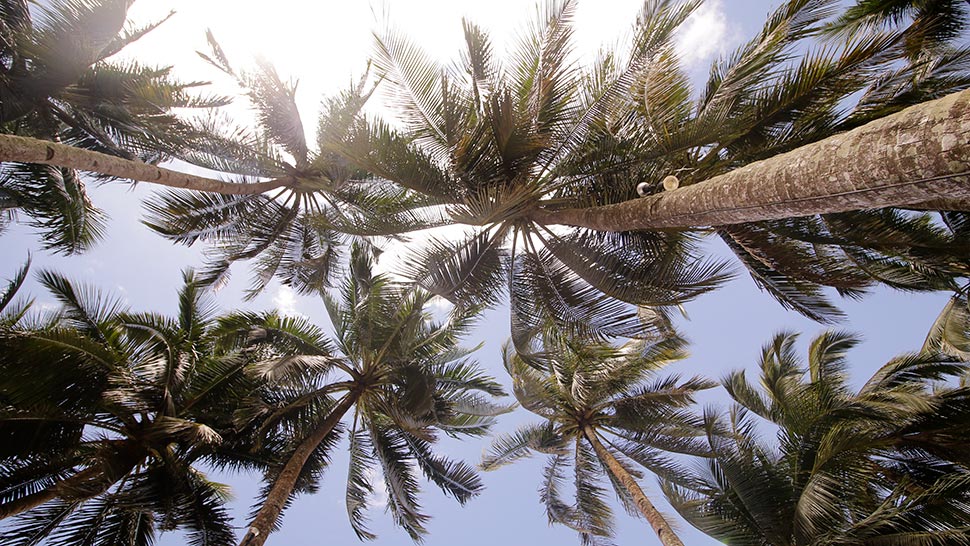 App to Go
There are traditional local travel agencies who can assist you with this, but if you want to go high-tech and pre-paid, you can book things in advance through Klook, the app that is designed to help you plan your itinerary, with packages that allow you to go as a group or to join in with another group if you are so inclined. Reservations and payments are made online, so there’s no need to haggle with local suppliers when you arrive at your destination.

“Some of us wait until we get to the destination before we figure out what to do, hiring people who present themselves at the ports or hotels as guides. Others do research and plan their trip themselves, estimating costs along the way,” explained Fay Pua, Klook Business Development Manager. “With Klook, you take out a lot of the guess work in booking for local and international destinations, and you can be sure that there has been a screening process with the people who will guide you on the trip. The website also features a lot of cool ideas of things to do by certified travelers.” It makes sense, as a blogger friend who recently took a South East Asian trip solo was for days calculating and recalculating his route and the pocket money that he needed to bring, relying on other blogs and friends who have been there to show him the way.

"With Klook, you take out a lot of the guess work in booking for local and international destinations, and you can be sure that there has been a screening process with the people who will guide you on the trip."

Priceless experiences
Klook brought us to Palawan with Maxene Magalona and her fiancé Robby Mananquil, and together our merry band of travelers experienced a lot of things for the first time.

One of the most magical moments on tour was the Firefly Watching Activity at Iwahig, where our group gazed up among the twinkling lights in their nightly courtship dance. Faux Christmas trees with their LED lights would forever pale in comparison. “The males are the ones who have bigger, brighter lights. They use this to attract their mates,” our boatman guide explained as he paddled through the serene water. Because the sky was so clear, he was also able to point out the constellation for Scorpio, and (gasp!) the Milky Way. There were no billboards, no loud videoke music to drown out the senses, offering a respite for tired city-worn souls. Fireflies only thrive when the air is pure, we were told, and we took deep appreciative breaths along the way. Palawan is not called “the last frontier” for nothing.

Had we arrived earlier at Iwahig, we would also have observed the penal colony. Here, low security prisoners (drug users and the sort) worked in the fields or walked around freely in the commune based on a trust system. The tour guide explained that yes, there were escape incidents. “They can try to escape, but where will they go? We are surrounded by water.” By providing them with work, they remain productive, while they are being rehabilitated for eventual integration back to society. Food for thought against the rubouts, we reflect. 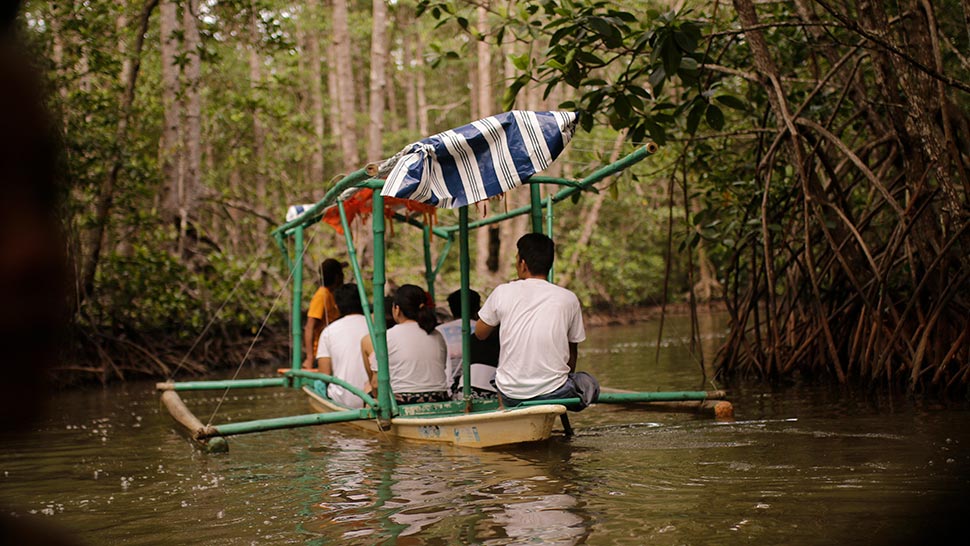 The more adventurous members got to zipline through Sabang, with the mountain and the sea as a dramatic backdrop for your fall. Here, Maxene and Rob took on a Klook challenge to sing while whizzing down on that heart-stopping drop. That was not an easy feat, by the way, since all I could do for the first few seconds was scream my lungs out, which were already at the point of bursting from the 20-minute uphill hike to the jump-off point.

For their bravery, they unlocked surprise piso-deals for travelers booking to Palawan. There were other Klook teams with Dani Baretto and Bella Padilla, Baninay Bautista and Teejay Marquez, and Richard Juan and Chienna Filomeno doing their own stunts in other Klook destinations Hong Kong, Taiwan and Singapore, unlocking piso deals for those locations too.

The last morning was spent getting all campy at Nagtabon beach, where the group lazed on the sand, had a boodle lunch, and took loads of photos. Then it was off to the airport and back to the Manila grind.

The journey, not the destination
I admit that if it were not for the Klook itinerary, I might not have gone on a paddle boat tour of the mangroves at the Puerto Princesa Underground River National Park. Had I skipped it, I would definitely have missed out on an opportunity to immerse myself in nature and see the mangroves through our guide’s eyes. Mang Nestor tells of the time when there were only 4 boatmen plying this route. With more exposure through media, they have been getting more requests for tours, and have added more boats and crew, which serves as a form of livelihood for families. 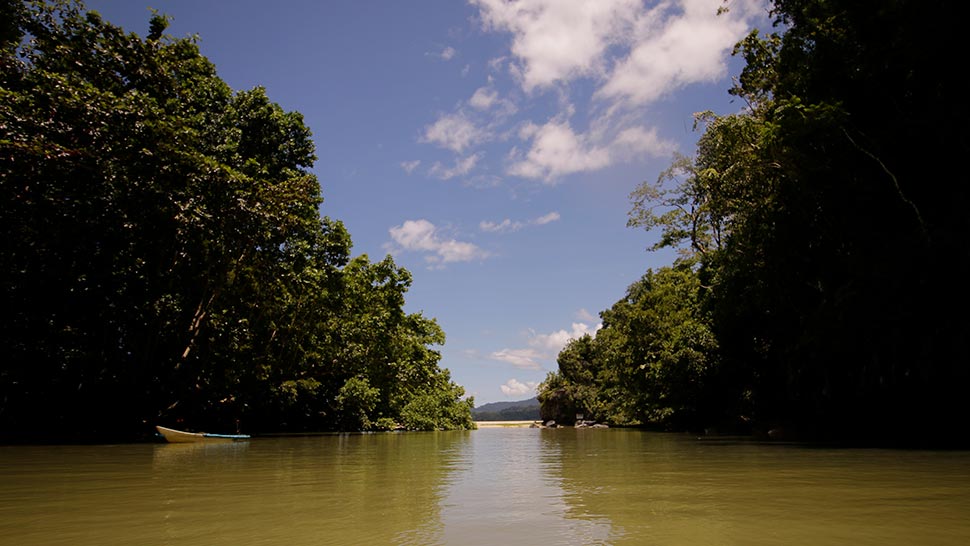 As Mang Nestor sat at the stern, he told the group about how their community works to protect the environment. In Filipino, he wisely and wistfully adds, “I know that someday, civilization will encroach on this place. This will be gone, and I will be gone as well. What comforts me is the thought that I did my share in looking after the mangroves.”

More than the selfies and groufies, this is what traveling is all about – being able to have extraordinary experiences and immersing yourself in the culture and environment of the place that you visit. Booking an itinerary that will allow you to do just that will help you get more out of that long weekend.

Mobile booking app Klook is available for download on Google Play and the Apple Store, and on Klook.com. For more information and to catch their latest promos, visit the official Klook Facebook page. 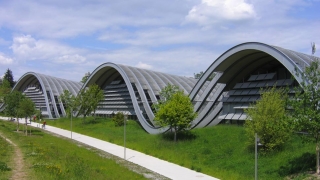 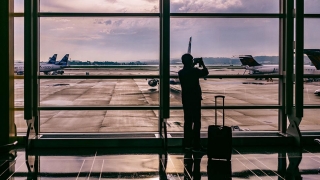