Baguio and Burnham: How This City Was Made to Last

The city, the park, and its colonial past. 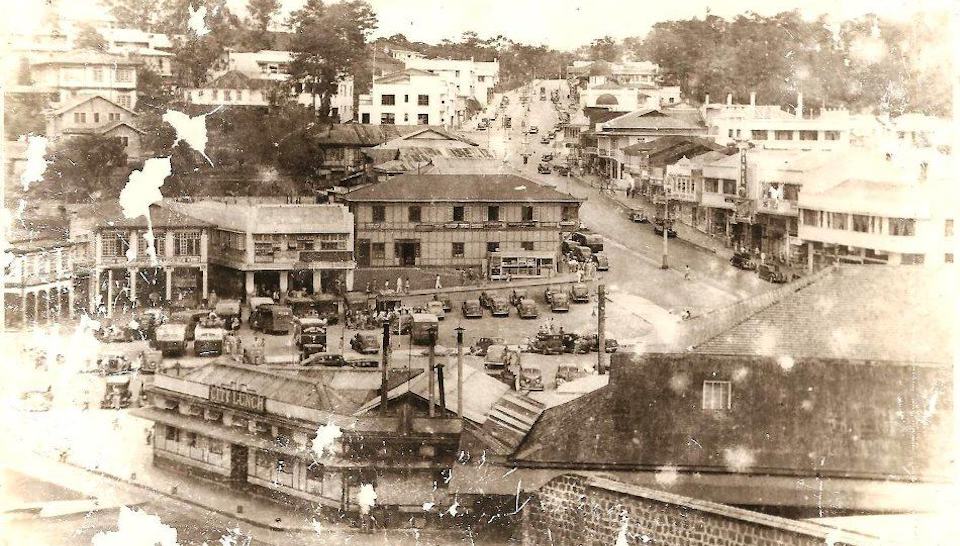 Temperatures are steadily rising all around the country (with Mindoro Occidental reaching as high as 50 degrees) and sadly, because of the quarantine, we are left to roast inside our houses. In times like these, don’t we all wish we were in Baguio and walking carelessly around Burnham Park as we snack on our strawberry taho?

Aside from being a holiday and hot weather destination, did you know that Burnham Park is also a significant cultural and historical landmark? Let’s take a closer look at this distinguished park in the City of Pines.

Baguio was one of the last strongholds of pre-Hispanic Philippines.

We can’t start to talk about Burnham Park without talking about the history of Baguio, one of the last places to surrender its sovereignty to the Spaniards.

The area that occupies Baguio used to be known as Kafagaway. The Kankaney and Ibaloi tribes of the Cordilleras used to rule the land. They would bow to no one—not even the white colonizers who have been invading areas south of their territory.

Juan Salcedo, the grandson of Miguel Lopez de Legazpi, tried in 1572 and failed. A century later, in 1694, Don Q.M. Quirante also attempted to bring these tribes down to their knees and claim the lands fully as their own. Again, they were unsuccessful.

It was in 1846 when Commandante Guiillermo Galvey established a military garrison in this fertile land, which he later named La Trinidad after his wife. Camps and houses or rancherias were later set up. The Spaniards who lived in the area introduced coffee farming and up to now, Benguet is still known for its coffee.

Americans developed Baguio to be their home away from home (but at a price).

The same way the Spaniards made Manila look like Europe to combat their homesickness, the Americans wanted to do the same with Baguio. It was cold and it reminded them of their home, minus the chilling winter.

In 1909, Baguio was proclaimed a chartered city and official “Summer Capital” of the Philippines. The Mansion became the official residence of the American Governor-General. The Philippine Commission held its first session in Baguio City and this explains why there is a street called Session Road.

The Americans were obsessed with making their mark in their newly colonized lands and they thought that the best way to do that was with architecture and urban planning. Their thinking back then was that anything local is primitive and savage.

In a January 22, 1899 article from The World, a New York newspaper, there is a cartoon called “Revenge of the Filipino,” which illustrates Filipino “insurgents” injecting an American soldier with leprosy. The caption states, “In such a hut as this the incident happened.” As such, the hut was connoted to be a symbol of savagery.

In a way, this was also a political move by the Americans who were trying to justify colonizing the country. They must build roads, buildings!

Decades later, the locals remember the Americans’ contribution to the development of Baguio. Well, they did build Kennon Road, which became instrumental in the fast transit of goods to the neighboring provinces. On July 4, 2019, Filipino-American Friendship Day, floral wreaths were laid along Kennon Road, Burnham Park, Governor Pack Road, and Malcolm Square.

A year earlier, the U.S. Embassy also affirmed its support in supporting conservation efforts for American-built heritage sites in Baguio.

Daniel Burnham was willing to design Baguio for free.

In a letter written to William Cameron Forbes, who was part of the Philippine Commission, acclaimed architect Daniel Burnham expressed his enthusiasm for being appointed as the country’s resident urban planner.

“There can be no monetary profit in this work but it would be a door to happiness to men who care to improve opportunity for the sake of the poetic thing itself,” he wrote in the letter dated April 4, 1904.

“The Luzon work should have a man’s whole heart. Dreams will not come for pay. Whoever does this should go in because he can’t keep out,” he wrote in a letter he sent a week later.

Despite his enthusiasm, there were some locals who dissented the Americans suddenly coming in and redesigning the whole place. There were some political cartoons in the papers describing the efforts of the Philippine Commission as “pabigat” to the people.

Burnham wrote a report dated October 3, 1905, about how Baguio was unlike Manila in the sense that it isn’t influenced by Spanish architecture. It was more or less a blank slate however it was an “abrupt and hilly” country.

Washington D.C. could be a sort of template for Baguio that adheres to the City Beautiful movement, an idea in urban design that cities should be beautiful, engaging, and not far removed from a society’s issues.

He explored the directional orientation of streets by which all future homes can receive direct sunlight, which can do very well for the houses’ ventilation and sanitation.

Lots were sold to wealthy individuals, most of whom were Americans, Spaniards, and English. Of course, the strategic location of these lots can also be interpreted as a way that these colonizers can oversee the locals.

Burnham Park itself was a manifestation of the City Beautiful movement.

While a lot of Burnham’s plans stayed on paper, his namesake park was a homage to him and the movement he pioneered. Within the park are mini-parks and groves where people can socialize and relax.

There are 12 clusters inside the park, each with its own allure. At its heart is the Burnham Lake or City Pond, a man-made lake designed for aesthetic purposes in accordance with the City Beautiful movement.

It became known as the 'tent city' after the 1990 earthquake.

Arguably, it was one of the places that Baguio suffered the most during the 7.8-magnitude quake that hit the country on July 16, 1990. And with buildings and houses in disrepair, locals sought refuge in public spaces, most notably, in Burnham Park.

People pitched tents as their temporary shelter, which is why it became known then as the “tent city.”

In 2015, then Baguio City Mayor Mauricio Domogan also opened the park to campers who prefer to stay in the outdoors overnight.

“We have to open suitable portions of Burnham Park for those interested to put up their tents and stay overnight for them to have a feel of the city’s cool and romantic weather,” he said in the Baguio Herald Express.

Unfortunately, though earthquake drills were being organized by the local government, so the participation of current Baguio residents was lackluster.

A portion of the park was supposed to be converted into a parking lot.

Back in 2015, with more visitors flocking to Baguio, especially during the summer holidays, there was a proposal to build a parking lot with a 3,000-vehicle capacity. The parked cars were clogging the streets and tourists found it inconvenient to find parking almost anywhere.

The location of the parking lot was supposed to be in the Melvin Jones Grandstand area but heritage conservationists gathered support (15,000 signatures) to stop this from happening. Earlier that year, the NHCP also recognized the historical significance of the park.

Aside from this, according to Baguio Heritage Foundation, Inc. chairman Dr. Ronaldo Paraan, Burnham Park also serves an environmental purpose. Not only is it an aquifer or a place where groundwater can be extracted, it is also a carbon sink, which means the area absorbs more carbon than it releases.

From a heritage site, it is now a National Heritage Park.

In 2015, the National Historical Commission of the Philippines (NHCP) has declared the more than a century-old Burnham Park a heritage site.

And finally, on June 13, 2019, House Bill 7966 Declaring Burnham Park as a National Heritage Park was approved on its third and final reading in the House of Representatives.

The objectives of this bill are the overall and comprehensive planning, preservation, restoration, and development of Burnham Park, according to Representative Mark O. Go of Baguio. Basically, it will use the strength of the Department of Tourism, Tourism Infrastructure and Enterprise Zone Authority, NHCP, and city government of Baguio to prepare a development plan “involving the conservation and/ or maintenance of the appropriate facilities which shall enhance the identified areas.”

“Preserving our rich cultural heritage like Burnham Park will strengthen our foundation in nation-building that would echo throughout many generations. This Park has become a part of the progress and prosperity of our City, but more than that, we all shared wonderful memories in this park,” he said on his Facebook post. 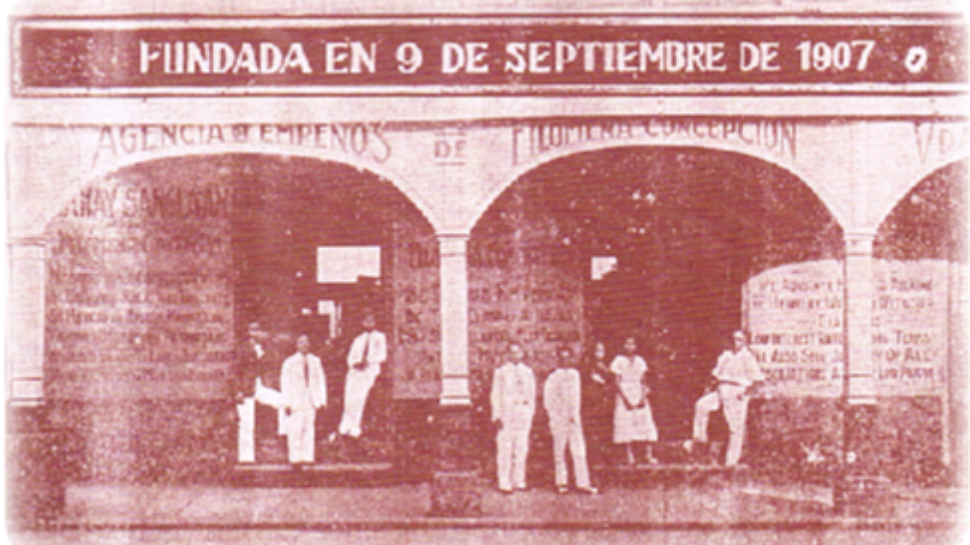 The Oldest Pawnshop in the Country Started by Collecting Garbage

What Is a Mañanita?
All Photos
Comments
View As List