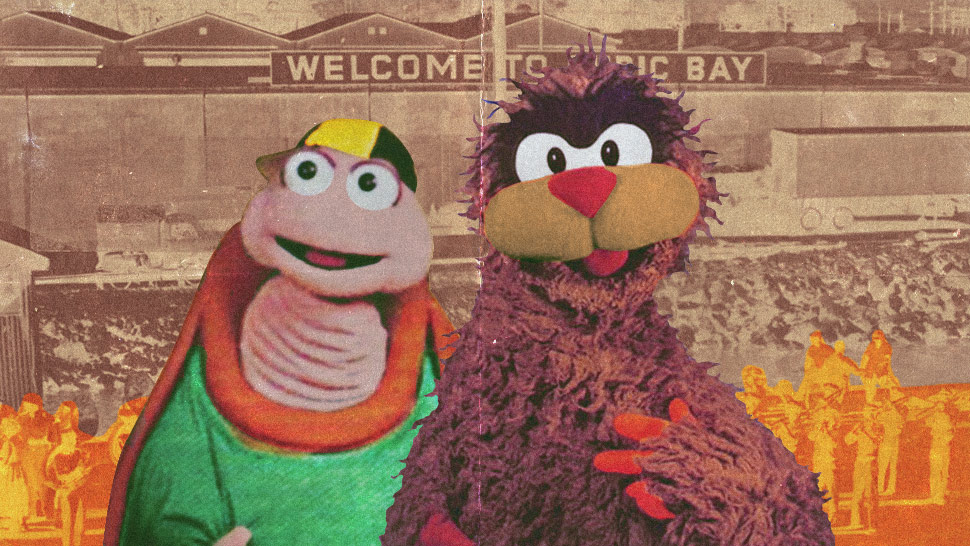 If you were a kid in the ‘80s and early ‘90s, you probably grew up watching the television show Batibot. The educational program for children that featured a mix of human and puppet characters became a cultural touchstone for many Filipinos. It’s become so popular that it’s still being brought up during casual conversations today, years after it went off the air.

Many different aspects of the program have been discussed and written about over the years—how it was resurrected on another network after it first went off the air in 1998, the many catchy songs it gave us throughout its years on air (“Tinapang Bangus,” “Alin ang Naiiba,” “Ako ang Kapitbahay,” etc), and even what’s going on these days with the human mainstays of the show, Kuya Bodgie and Ate Sienna.

But perhaps no conversation about Batibot is complete without mentioning arguably its two most popular characters: Kiko Matsing and Pong Pagong. Everyone in the cast carried their weight in terms of providing entertainment with a dose of knowledge, but few could dispute the fact that most kids tuned in to see the antics of their favorite furry brown monkey and humongous, colorful turtle.

Which is why Pong's and Kiko’s eventual disappearance from the show is still fodder for conversation to this day, and why we decided to do a deep dive into their story.

First and foremost, it helps to have an understanding of Batibot’s history.

The precursor of Batibot is a show called Sesame!, an offshoot of the American kids’ program Sesame Street. It was a co-production between Children’s Television Workshop (CTW), which produced Sesame Street in the U.S., and local producers led by Lydia Benitez-Brown. Negotiations began in 1983, but Sesame! debuted on Philippine TV in 1984. Half of it was in English and created in the U.S., and the other half in Tagalog and produced locally.

Pong Pagong and Kiko Matsing actually first appeared on Sesame! The characters were supposedly chosen based on a Filipino fable popularized by Jose Rizal (The Monkey and the Turtle), but they were owned by CTW and were essentially “on loan” to the new co-produced show, which had the backing of then First Lady Imelda Marcos.

But less than a year after Sesame! first started airing, government support ended following the collapse of the economy and the assassination of opposition leader Benigno “Ninoy” Aquino Jr.

According to a UPI story, the co-production arrangement was canceled and the Philippine Children's Television Foundation (PCTVF) was forced to shoulder production costs of about $5,000 (about P83,700 in 1984) per month.

In February 1985, PCTVF decided to produce its own children’s show and call it Batibot, after a Filipino word meaning “small but strong or robust.”

“(T)he financial pinch was so severe that even though it had to double its production to fill the other half of the one-hour show, it was forced to cut its staff in half, to 40 people,” according to a New York Times story from 1985.

The good news, however, was that Pong Pagong and Kiko Matsing continued to appear on Batibot, thanks to an agreement Brown was able to work out with CTW.

“Since they liked me then, they agreed that I could use the muppets for a local show," Brown told the Sunday Inquirer Magazine in an interview in 1990.

Besides, Filipino kids were far more fond of Pong and Kiko than they ever were of Big Bird and Oscar the Grouch, Brown told the New York Times.

Despite the difficulties, Batibot proved to be much more popular than its predecessor, possibly because, unlike Sesame!, the new show was entirely in Tagalog. Batibot was a consistent top-rater on daytime television and even beat Sesame Street, the show it was based on. It also won international prizes like the Prix Jeunesse International in 1990 for Outstanding Children's Program.

“Even the costumes of Pong and Kiko are worn out, but Brown said repairs to the stars' wardrobes would cost a prohibitive $20,000 (about P448,000),” the report said.

In 1989, Brown revealed they were in discussions with producers in Jakarta for an Indonesian version of Batibot.

This could possibly have been a sore point for executives from CTW, which had reportedly been also negotiating with producers from Indonesia for a version of Sesame Street in that country. In any case, CTW sent a letter to Brown and PCTVF soon after informing them that the U.S. company was reclaiming the rights to Pong Pagong and Kiko Matsing.

“We received a letter from CTW referring to a deal that they lost for a proposed co-production in Indonesia because the Indonesians preferred to import Batibot and they want to have Pong and Kiko back,” according to Feny delos Angeles-Bautista, who was then executive producer of Batibot, in an article published in De La Salle University’s Ang Pahayagang Plaridel.

The Plaridel story also cites an article from the Philippine Daily Inquirer in 1990 that said CTW’s decision to repossess Kiko and Pong was so they could avoid being connected to Batibot. Brown denied this claim, however.

But Brown, Bautista, and the rest of Batibot and PCTVF refused to give up their beloved characters so easily. They initiated a campaign to gather 10 million signatures from Filipino children and even reportedly wrote to then-U.S. President George HW Bush to prevent CTW from taking Pong and Kiko.

It was during this time that Brown revealed that the issue had become so big that it somehow found its way into the ongoing talks about the American military bases in the Philippines. The U.S. maintained a number of military bases in the country since the 1940s, and deciding whether to renew or terminate the Bases Treaty was a major issue for the Philippines at the beginning of the 1990s.

In an Associated Press story that came out on March 6, 1991, Brown said the dispute regarding the “muppets” was added to a list of issues under discussion related to a wider-ranging treaty on the bases.

CTW alleged that the Batibot producers had violated an agreement that Pong and Kiko would not appear in any program outside the Philippines when they entered into negotiations about producing an Indonesan version of the show.

But in the AP story, Brown clarified the “muppets” would not appear in any material to be shown in Indonesia.

Brown added that “Philippine negotiators in the talks on the American military bases told her that the custody issue was included in ‘technical level’ talks on a cultural agreement.

“The cultural agreement will be part of the proposed treaty that includes provisions on the six military facilities,” the report added.

The CTW eventually relented and allowed Batibot’s use of Pong Pagong and Kiko Matsing for four more years, this time with PCTVF paying licensing fees to its American counterpart.

But at that point, the damage had been done and keeping both characters on the show proved to be difficult, not to mention costly.

"There were too many complications with the use of muppets that were not the property of PCTVF," Ang Pahayagang Plaridel quoted Bautista as saying. It was at tha point when producers began gradually phasing Pong and Kiko out of the show.

"You cannot limit the life of the program with two characters," Bautista added.

Other puppet characters were introduced to the show, foremost of which was Koko Kwik Kwak, an eagle. It wasn’t the same, of course, but producers said that kids warmly welcomed the new character.

By the mid-90s, Batibot had to contend with the rising popularity of cable networks, with channels like Cartoon Network and Nickelodeon that offered a near endless stream of content for children, as well as competing children’s programs on other networks, primarily ABS-CBN. GMA cancelled Batibot in 1997. It resurfaced briefly on RPN-9 in 1998, and lasted for one season, and then again as Batang Batibot back on GMA in 1999.

There was another attempt to revive the show in 2010, this time on TV5, and this lasted for three years. Batibot went off the air in 2013.

Today you can watch Batibot episodes on YouTube, but Pong, Kiko, and its many other characters continue to live on in the memories of kids-at-heart. 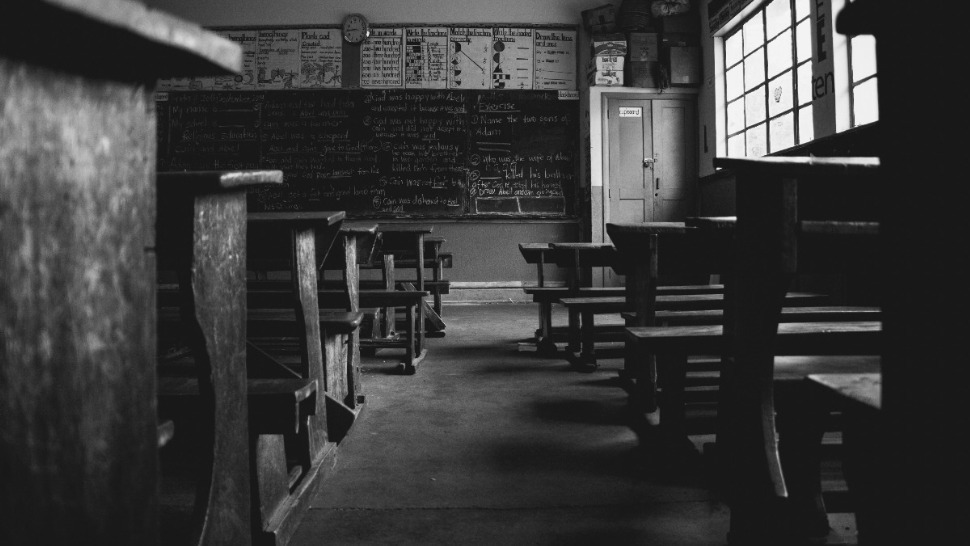 One Week Into Online Classes, Parents and Students Call for Academic Freeze