Finding the true comparative size of our country. 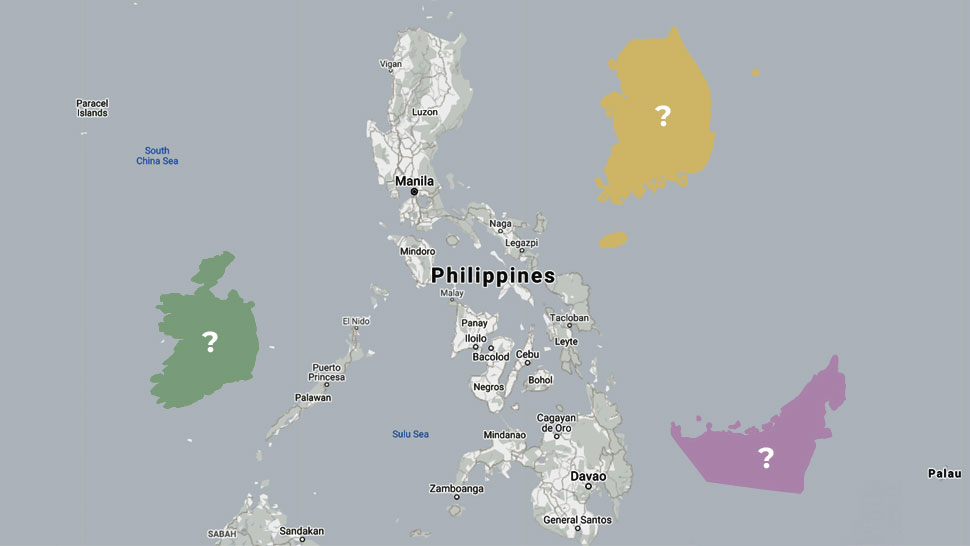 You can view The True Size map here. In it, you’ll see just how huge the entire continent of Africa is—big enough to encompass the United States of America, China, and India, all of which are the most populated countries in the world. And you’ll also see just how small Europe is in size despite its huge impact on the world.

Now, just how big is the Philippines?

Well, according to the map, the Philippines is bigger than the United Kingdom, Ireland, and then some.

And just a tiny bit smaller than the state of California in the U.S.A.

It’s still bigger than Portugal and about the same size as Spain, the country that controlled the Philippines for 300 years.

And we’re about the same size as Madagascar, considered a 'small' island in the giant continent that is Africa (blue: USA; yellow: India; orange: China).

As for how other countries size up to the Philippines, it looks like we’re larger than South Korea (yellow), Ireland (pink), and the United Arab Emirates (blue).

So there’s the answer to our question. The Philippines is pretty damn big.