It was February 1947 when Remedios “Kumander Liwayway” Gomez was captured as a result of Operation Arayat, a major military drive aimed at suppressing what is now known as the Huk Rebellion, the open unrest of peasant farmers and former guerilla veterans.

Liwayway was not the only high-ranking female Huk, nor was she the first. Newspapers like the Manila Times jumped at the opportunity to cover these women, describing them as both skilled military commanders and “pretty women.” The image of the Huk Amazon was born.

Seventy years on, it’s important for us to remember who these women were, what they fought for, and what they were fighting against—which was not just imperialism, feudalism, and bureaucrat capitalism, but also gender and sexual repression.

Farmers and Workers Formed the Hukbalahap

The origins of the Huk movement can be ultimately traced back to the unfair relationship between landowners and peasants in the Philippines.

The feudal nature of early 20th-century Philippines revolved around the relationship between hacendero and farmers. More than a landowner, the hacendero lent cash to his farmers, sponsored fiestas, weddings, and baptisms on his land, and supported his farmers in whatever way he can, all in exchange for a cut of their harvests. The feudal landlord was the father of the hacienda, and the families that lived there were his children.

U.S. colonialism transformed this arrangement by adding a business element to the feudal system. Tenancy laws allowed landowners to turn farmers into tenants renting land. Capitalism, new technologies, and the urban lifestyle gave hacenderos every incentive to get rid of the paternalistic feudal system and replace it with a semi-feudal business-like arrangement.

It was within this backdrop that the political consciousness of the peasantry slowly formed. Organizations such as the Kalipunang Pambansa ng mga Magbubukid sa Pilipinas (KPMP), the Socialist Party of the Philippines, and the Aguman ding Maldang Talapagobra (AMT) pushed for land reform, giving peasants an increasingly left political awareness.

By 1938, these organizations merged with another political party dedicated to workers’ and peasants’ rights, the old Communist Party of the Philippines (PKP). As a legal organization, the PKP fought for better working conditions for both industrial workers and peasants. Major leaders of the rural movement such as Juan Feleo, Casto Alejandrino, and Luis Taruc became core members of the merged PKP.

The PKP proved to be instrumental in organizing the resistance against the Japanese during the Second World War. On March 29, 1942, officers of the PKP, KPMP, AMT, and other peasant groups met in Cabiao, Nueva Ecija, to form an anti-Japanese guerrilla force, the Hukbo ng Bayan Laban sa mga Hapon (Hukbalahap).

At its peak, it was estimated that one in 10 active guerillas was a woman (or one to two thousand female Huks). 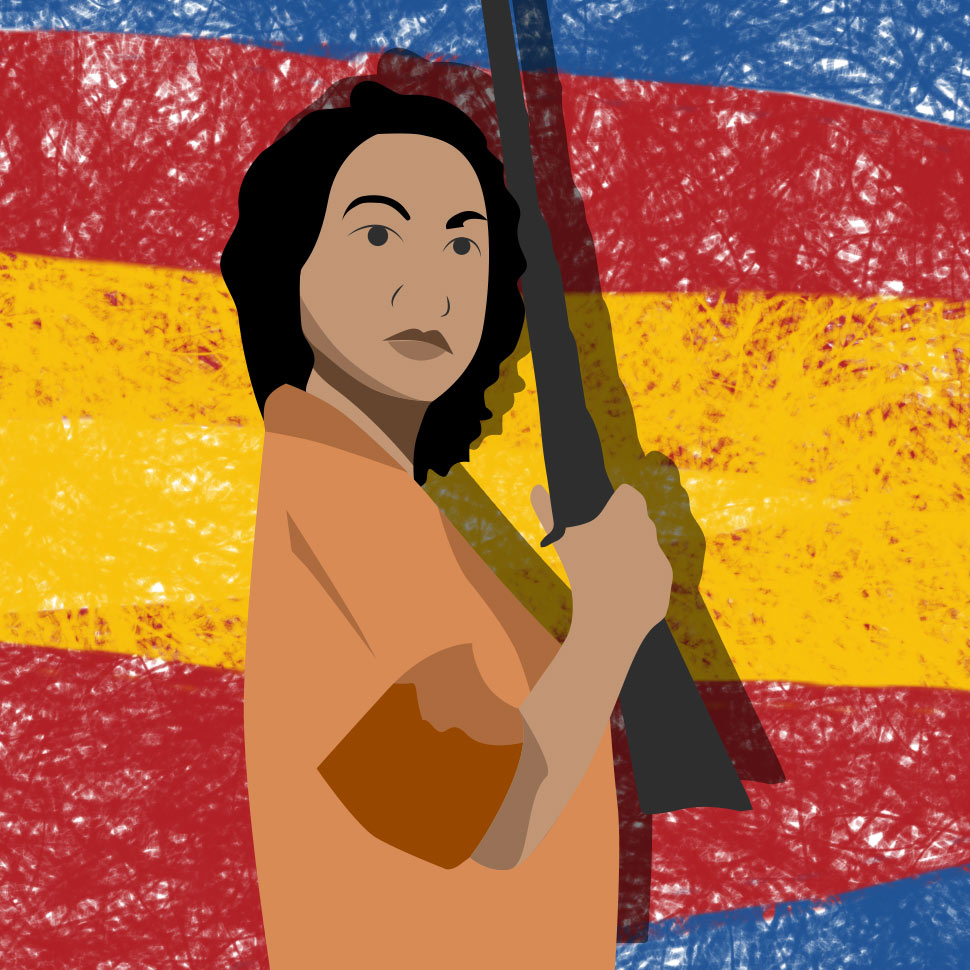 Independent resistance against the Japanese started even before the formation of the Hukbalahap. Felipa Culala, who took the name Dayang-Dayang, was a KPMP activist who led one of the first guerrilla detachments. She started with just 35 men, outfitted with weapons from fleeing landlords, from her hometown of Candaba, Pampanga. One day, the Japanese arrested eight of the guerillas in a surprise attack. In response, Dayang-Dayang attacked the jail and freed her comrades.

The Japanese sent troops to retaliate, but Dayang-Dayang was ready. Her detachment, which now grew to 130 guerrillas, ambushed the enemy before they reached Candaba, killing 39 to 40 Japanese and 68 collaborating Filipino police forces. The Japanese were forced to retreat from the barrio.

Her success echoed across Central Luzon, and other guerrilla detachments quickly emerging in a similar fashion. Dayang-Dayang immediately enlisted with the Hukbalahap. She took part in its very first meeting in Cabiao and was also elected as the only woman in the Huk’s military committee.

Dayang-Dayang was far from the only woman in the Huk forces. Women readily joined the Huks at the onset of war. Most of them made their way to the mountains because of family members or friends, but they also joined out of a sense of loyalty to the nation. At its peak, it was estimated that one in 10 active guerillas was a woman (or one to two thousand female Huks).

Women served in multiple support roles such as organization, intelligence, and education. They went to and from barrios much easier than men and smuggled messages and arms under their baskets. Women also served as translators and instructors, teaching Huk cadres ideology and other skills. Some women also reached active frontline duty, but soldiery was considered a traditionally male activity.

The end of the war would create a new dimension to the peasant conflict. Post-colonialism and Cold War politics led the government to suppress any left-leaning organizations, and PKP members and Huks were branded as insurgents and bandits. The PKP was banned and Huks were harassed, or even killed after the war. When Juan Feleo, a popular peasant-leader, was killed by armed guards, the Huks rose up and restarted their revolution, this time against the Philippine government.

The Hukbalahap transformed from an anti-Japanese guerilla unit to an army of people’s liberation. They saw that U.S. influence never waned after Philippine independence and that the feudal character of land distribution will never change under the current system. Cadres rose up once more to fight for what they saw was the continuation of an independence struggle, this time against U.S. imperialism, feudalism, and bureaucrat capitalism itself.

The Huk’s gender equality was radical at the time, albeit lacking. Though open to women, the Huks were still a male-dominated force, and fighting was still seen as a traditional male duty. Nonetheless, the women who joined found themselves with newfound agency. Traditional society pegged them as wives and mothers, but within the Huks, they were organizers and instructors. Some even found themselves in command.

Most of the women joined the Huks because a family member or friend recruited them. Some of the more middle-class women joined out of a sense of duty. During the war, they were schooled on topics such as “fundamental spirit,” “dialectical and historical materialism,” and guerilla tactics. Ideologically, the cadres were taught to understand that the struggle went beyond fighting the Japanese, including the inequities of land distribution and the powers that maintain the system in place, as well.

After the war, a lot of the women decided to take up arms with the Huks once more, because they felt that they had no other choice or understood the political and ideological struggle. Other women wanted to live simpler lives, but still supported the Huks in any way they can.

Wives and mothers became organizers, instructors, and even leaders in the Hukbalahap. 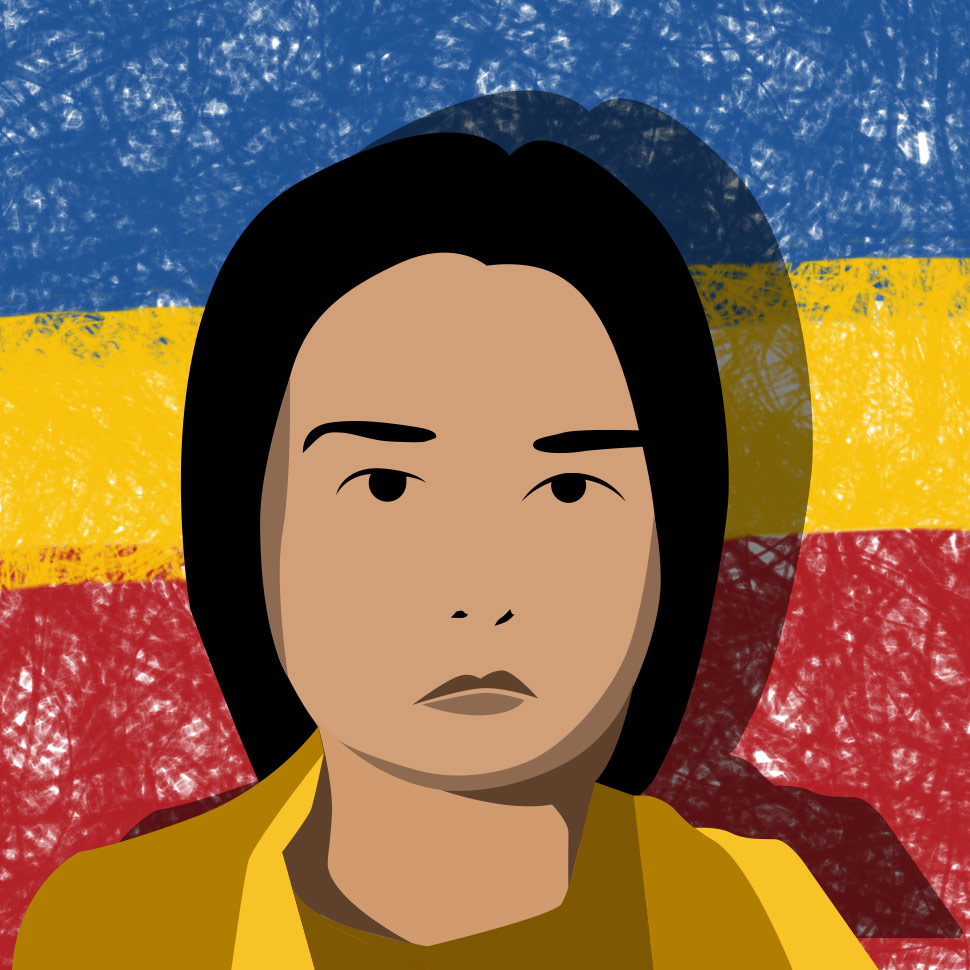 Reports of Huk women were always sensational. Whereas reports of male guerrillas being captured or dying were considered secondary news, the capture of women warriors was always headline-worthy.

News reports devoted equal time to both the facts of their capture and the idea that these women were breaking the traditional mold of the Maria Clara. It represented a stark difference between the two societies: the macho-feudal Philippine society that found the idea of “lipstick generals” amusing and the revolutionary Huks who empowered these women.

There was always some measure of awe and curiosity about how leaders like Liwayway and Celia Mariano (the only woman to be elected to the PKP’s Central Committee) were deemed “charming women,” “beautiful and fragile,” or “pretty girls,” all while fearing their military prowess.

They were viewed  as breakers of tradition, amazons engaging in male warfare. One journalist noted: “These women should be feared. They must be treated as men, because in the art of guerilla warfare, these women are men.”

The Huk Rebellion ended in 1954 with the surrender of Supremo Luis Taruc. Most cadres laid down arms and settled, or were captured as a consequence of the surrender. It would take another extraordinary circumstance for women to become a part of the forefront once again.

Almost two decades after the Huk surrender, Ferdinand Marcos declared Martial Law, forcing many leftists critical of the government to go underground. The Makabayang Kilusan ng Bagong Kababaihan (MAKIBAKA) was one of these groups. Eventually, women from MAKIBAKA and other sectors would find themselves taking up arms as members of the New People’s Army.

Women found themselves in a liberating space once again. Women such as Cecil “Kumander Liway” Flores, Lorena Barros, and Vicvic Justiniani, and many more, found themselves in the same circumstances as their Huk predecessors: fighting in jungles against an oppressor, risking life and limb for national democracy. Unlike the Huk Amazons, however, they were less sensational. Philippine society has changed and accepted the reality of women taking up arms.

Seventy years on, the legacy of Huk women can not be understated. The Hukbalahap was more than a movement for national liberation, but liberation in all senses: political, cultural, and sexual.

Kerkvliet, B. (2014) The Huk Rebellion: A Study of Peasant Revolt in the Philippines. Ateneo de Manila University Press.

Saulo, A. (1990) Communism in the Philippines: An Introduction. Ateneo de Manila University Press.

Manila Water Crisis: How Did We Get Here?
All Photos
Comments
View As List