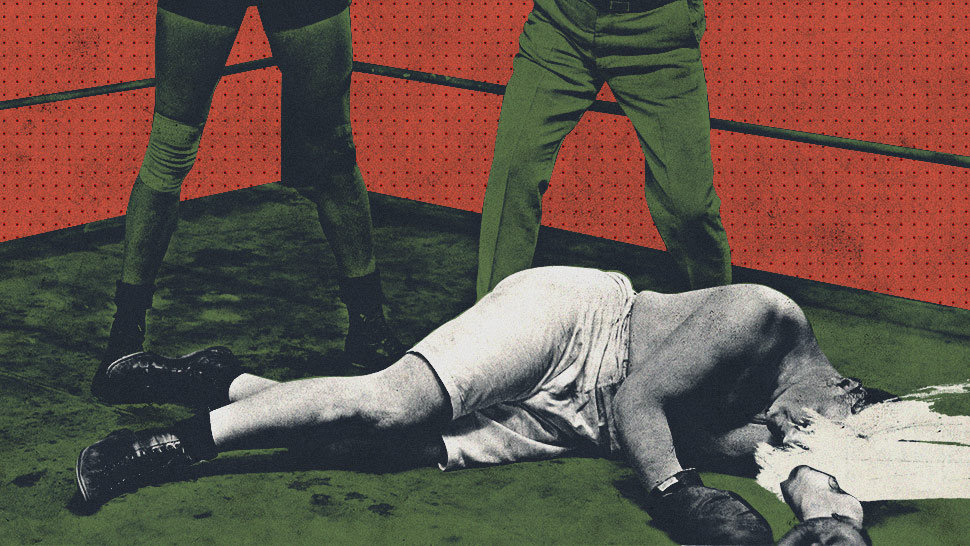 Boxing is a national obsession in the Philippines. Next to basketball, it’s undoubtedly the country’s most popular sport. Our most celebrated sportsman is so famous he was elected to the Senate and may possibly even make a run for the presidency. Of the 14 medals the country has won at the Olympics over the years, eight were for boxing, including three of the four medals our athletes brought home from Tokyo at the 2020 Games. There are boxing venues scattered all over the archipelago, from makeshift rings in tiny barangays to the biggest arenas that can accommodate tens of thousands of spectators.

Thanks to high-profile pugilists and the glory and glamour attached to becoming a champion, many aspiring athletes have come to see boxing as a ticket to riches and success. However, many of them either fail to see or choose to ignore the dark side of the sport.

From 1890 to 2011, as many as 1,604 boxers have died as a direct result of injuries sustained during bouts, according to a CNN story from 2019, which quoted data compiled by the Manuel Velazquez Boxing Fatality Collection. That’s around 13 deaths per year.

Angelito Sisnorio Jr. was born on October 10, 1982 in Koronadal, South Cotabato. He was the eighth in a brood of nine. His parents worked in a coffee and banana farm, and money was almost always never enough. Sisnorio himself got into farming when he was younger, eventually earning enough to send himself to school to study criminology at a local college.

It was fighters like Gerry Peñalosa and Manny Pacquiao that inspired the young Sisnorio to put on the gloves and give boxing a go. At age 21, he turned pro and started winning his bouts. At one point, he became the WBC Youth Flyweight champion, after beating a Thai fighter.

Three days before Christmas 2006, Sisnorio bid farewell to his family in South Cotabato as he was off to fight another opponent in Thailand. The then-24-year-old did not mention who he was fighting, when exactly he was flying out, and when he was coming back. Nobody knew it back then, but that was the last his family would see him smiling, hopeful, alive.

Three months later, Sisnorio was in Bangkok to face off against Chatchai Sasakul. The match ended with the Thai fighter knocking out Sisnorio in the fourth round. The Filipino boxer seemed fine after the loss. He was on his way to grab some dinner later that night when he complained of dizziness and nausea. When he started vomiting, his companions rushed him to the Piyamin Hospital, where doctors performed emergency surgery to remove a blood clot from his brain. They were unsuccessful. Sisnorio expired at 9:15 p.m.

When news of Sisnorio’s death reached the Philippines, the whole story began to unravel. It was soon discovered that he had fought in Thailand without a permit and he had not been given clearance by the Games and Amusement Board (GAB), the government body tasked to regulate and supervise professional sports.

Boxing critics and insiders also pointed out the glaring mismatch between Sisnorio and Sasakul. The Filipino was just fighting the 11th match of his career, while his Thai opponent was a veteran boxer who had already racked up 60 fights, winning 38 of them by knockout. The dirt-slinging and finger-pointing began soon after, with the GAB bearing the brunt of the anger of the boxing community for its less-than-adequate system and rules in issuing licenses and permits to fighters. The board, in turn, pointed to the illegal matchmaking syndicates in operation both in this country and in Thailand as the culprit in the culture of deceit that has resulted in boxers getting cheated out of their rightful remuneration and, in this case, even their deaths.

Unknown to casual sports fans, boxers are required to possess a current, valid license before they are allowed to fight. Former swimming star and then-GAB chairman Eric Buhain revealed in a 2007 interview that not only did Lito Sisnorio’s license expire on December 31, 2006, the GAB did not grant him a permit to fight outside the country. It also came to light that, prior to his fight with Sasakul, Sisnorio had taken on then-reigning WBC flyweight champion Pongsaklek Wonjongkam just weeks earlier on January 26. Because Sisnorio was not granted an official license, both fights, the GAB contended, were considered illegal.

Buhain also questioned why the promoters who brought Sisnorio to Thailand allowed him to fight even without a license and permit. Of course, the fact that Filipinos do not need a visa to travel to Thailand also makes it easier for crooked individuals to take advantage of the boxers, most of whom are only too happy at the opportunity to travel and fight for money in a foreign land to question their handlers’ motives.

“Boxing in Thailand is gambling,” Buhain said. “There is a syndicate, both on the Thai side and the Philippine side. We are trying to break the RP side, so they can’t supply boxers [to their Thai counterparts].”

Immediately after news of Sisnorio’s death broke out, Buhain ordered a ban on all boxers fighting in Thailand. But sources said that at least three Filipino boxers were given permits and allowed to fight in Thailand since the ban was enforced, leading to critics wondering why there were exceptions to the ban.

Analysts also insisted that Sisnorio should never have been allowed to fight Sasakul, not only because he was severely outclassed by the veteran fighter, but moreso because it came on the heels of his earlier bout against Pongsaklek. The flyweight champion virtually massacred Sisnorio then, and yet the Filipino fighter was in the ring with Sasakul—himself a former world titleholder—just eight weeks later. Speculation was that Sisnorio’s promoters and handlers either convinced or forced their ward to stay in Thailand.

There is an underlying reason why syndicates force bouts against mismatched opponents: to improve the ratings of their fighters. For those unfamiliar with the mechanics of professional boxing, a boxer’s fight card, or his win-lose-draw record, improves each time he wins, regardless of the caliber of the opponents he beats.

Boxing analysts say unscrupulous managers and promoters “pad” these records by having their boxers fight relatively weaker opponents. With more fights won, the record looks more impressive, and the fighter now has the chance to earn more money and fight for world titles.

In the case of Sisnorio versus Pongsaklep in the January 26 fight, since the former was not issued a license, there was a question of whether that fight even counts, and whether the Thai fighter earned a notch in his win column. The same question applies to Sinsnorio’s fight with Sasakul. In both instances, Buhain was told, that yes, both wins were still valid.

Which begs the question: how many fight cards were improved by this questionable system? And was it just in the Philippines and Thailand, or was this something that happened to other countries?

In late April 2007, agents of the National Bureau of Investigation arrested Bong Obero, alias Ranilo Terrania, the man said to be responsible for recruiting Sisnorio and sending him to fight in Thailand without a license and the necessary permits. The suspect had earlier been blacklisted by the GAB and yet continued to operate in connivance with known Thai syndicates. He has since been charged with multiple counts of estafa and illegal recruitment.

A month later, in May 2007, Buhain announced that requests for fights by Filipino boxers in Thailand would be evaluated and approved on a case-to-case basis, which virtually lifted the ban imposed after Sisnorio’s death. This was in response to the clamor of boxing promoters who considered the ban unfair to fighters whose papers are in order, saying it deprived them of legitimate fight opportunities in Thailand.

One could only hope that Sisnorio would be the last in a line of dreamers who paid the ultimate price in their quest for honor and glory in the ring. Sadly, that was not to be. At least two other boxers have died due to injuries sustained in the ring since 2007. In February 2012, 21-year-old flyweight Karlo Maquinto died after sustaining head injuries and falling into a coma after a fight with fellow Filipino Mark Joseph Costa. And in October 2017, Jeffrey Claro died after collapsing during a sparring session in Mandaluyong City. He was 20 years old. Reports said he was one of the boxers who had submitted a falsified CT scan. He had been banned from professional fights until he submitted a new CT scan.

Of course, this is happening in many other boxing rings all over the world. There have been calls for the sport to be banned each time a boxer dies in the ring (or soon after stepping off it). But the sport still has plenty of advocates.

A 2009 study by the American Medical Association cited in the CNN report found that there are 0.13 deaths per 1,000 participants per year in boxing.

“This fatality rate is lower than or similar to the rates of other high-risk sports, such as college football, motorcycle racing, scuba diving, mountaineering, hang gliding, sky diving, and horse racing,” the AMA report said. “Fatalities occur less often among amateur than professional boxers, averaging at about three deaths per year compared with nine to 10 deaths per year from professional boxing.”

But those figures do little to ease the pain of those left behind by a boxer’s death. Like Sisnorio's.

The boxer was laid to rest in his hometown of Koronadal on April 21, 2007 with hundreds of his kababayans in attendance to pay their respects.

This is an updated version of a previously published article. 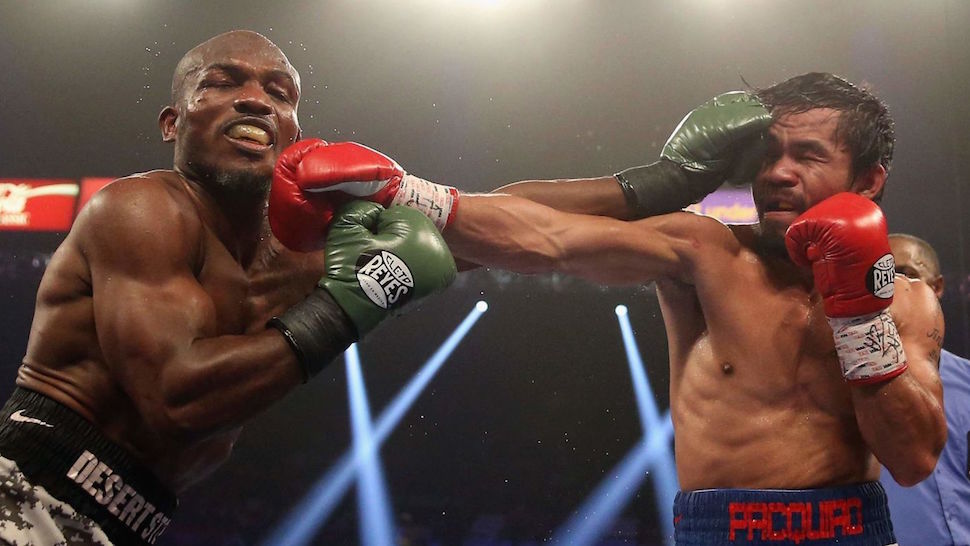 Knockout Victory! Who Is Eumir Marcial, the Boxer Who Secured the Philippines' Third Olympic Medal?
More from EsquireMag.ph 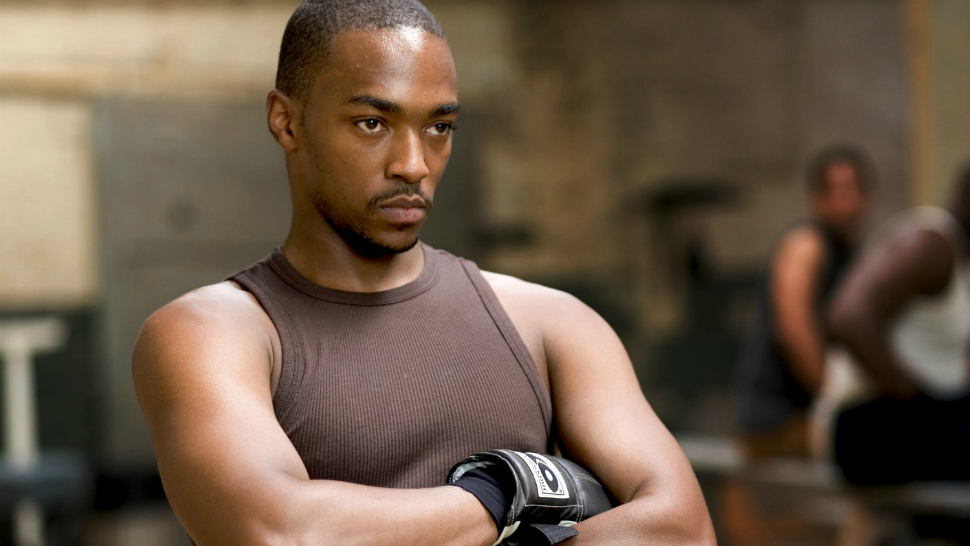 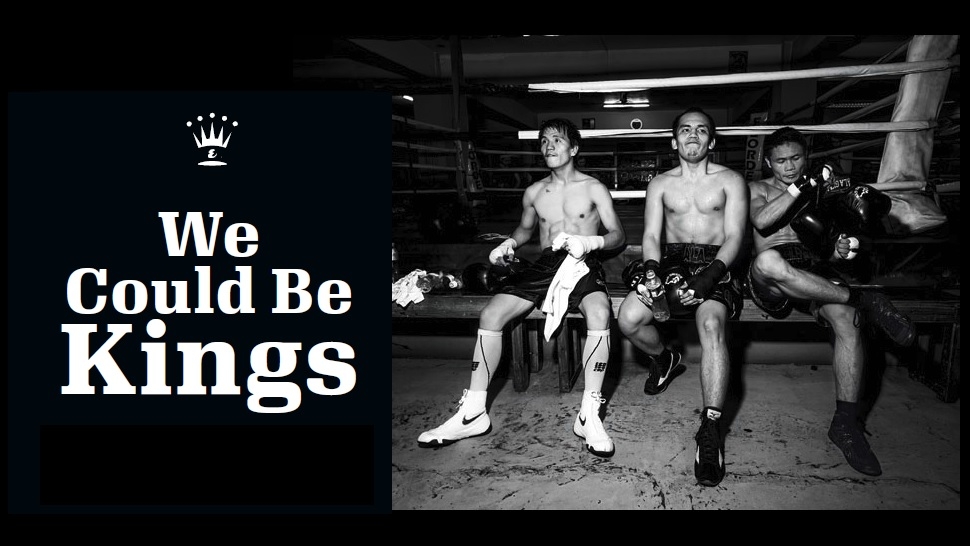 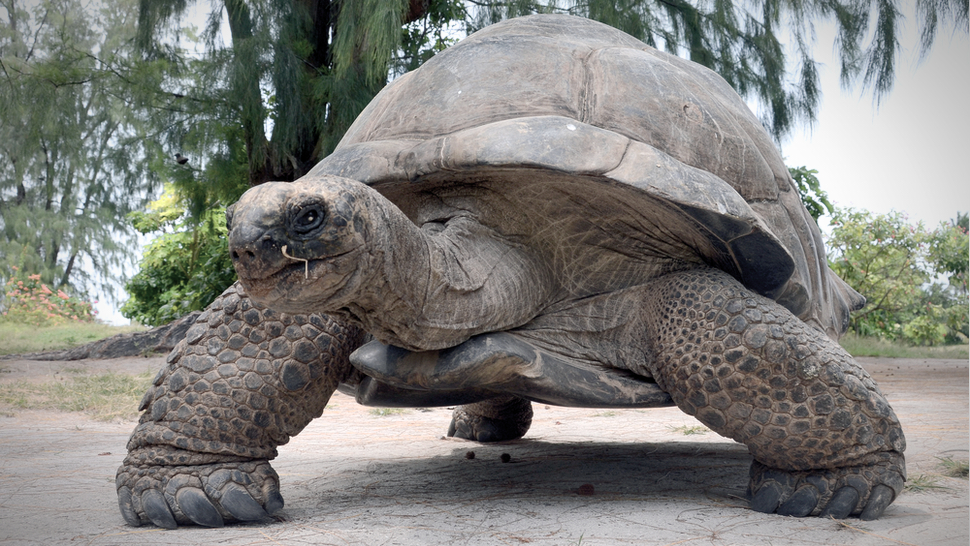 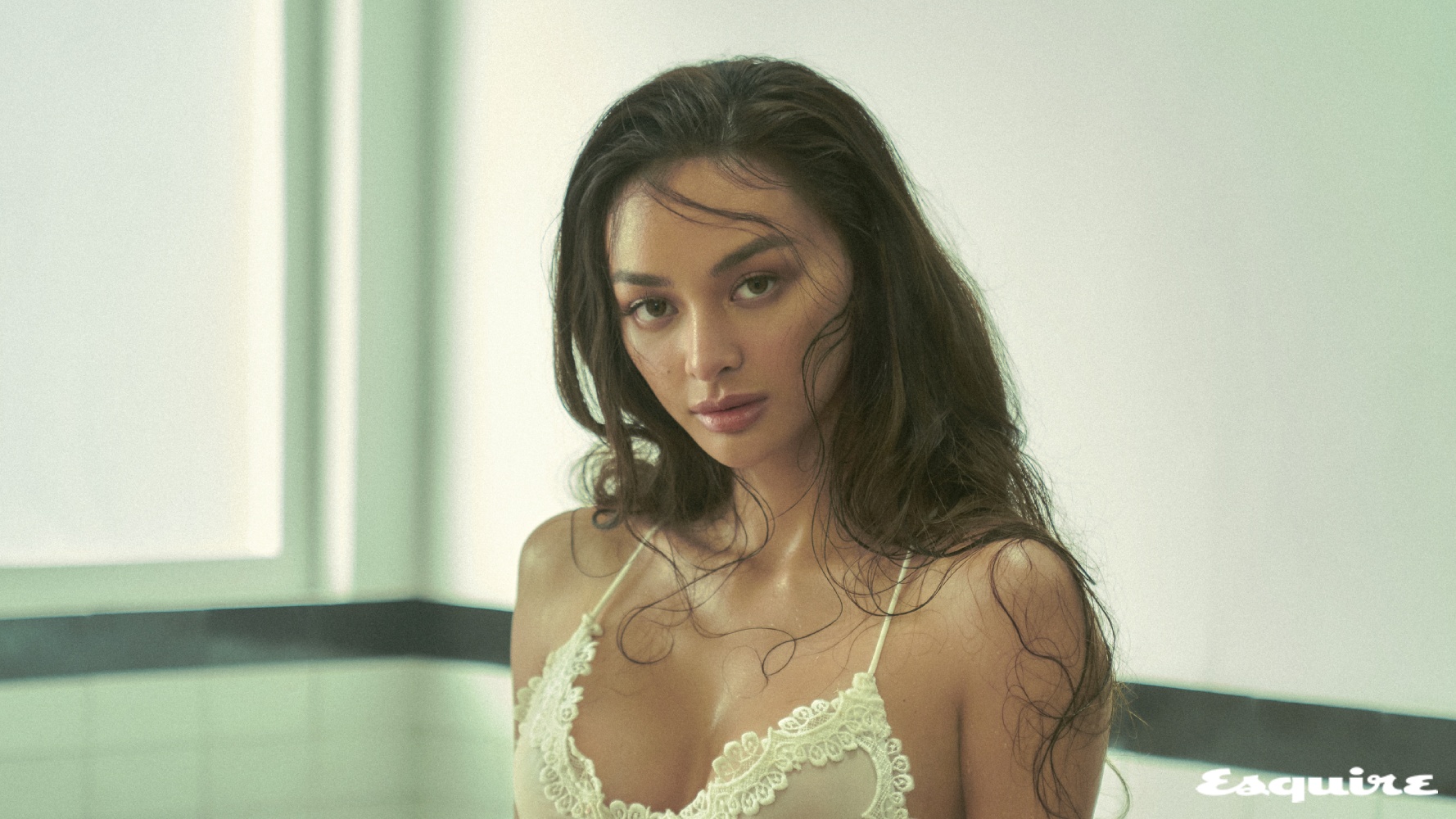