Well that’s one way to celebrate the religious occasion. 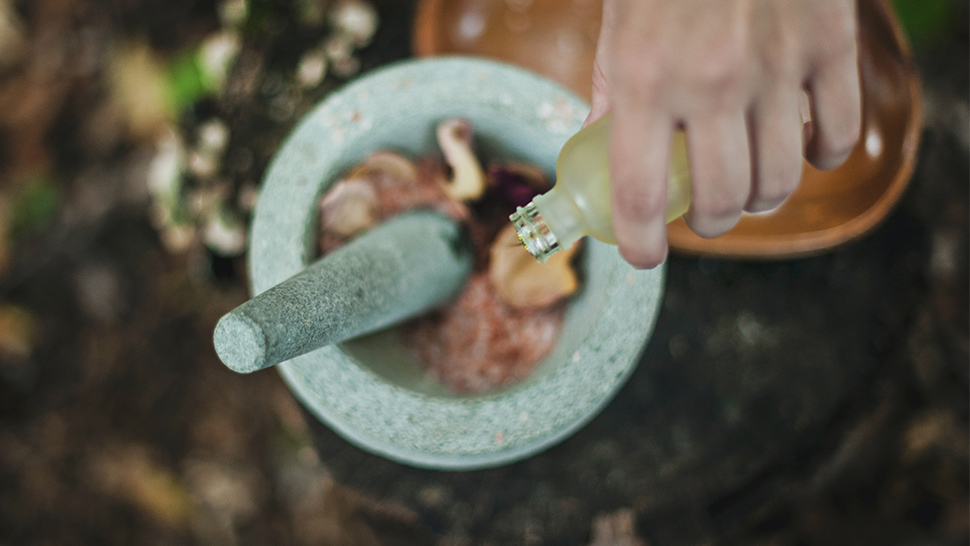 Holy Week is often commemorated with solemn masses at even gloomier churches, but not in the Mystic Island, otherwise known as Siquijor. On what’s been dubbed the “Island of Witches,” another festival coincides with Holy Week—something that would shock the devout Catholics in other parts of the world. The Folk Healing Festival of Siquijor.

Siquijor is famous—and infamous—for its healers and witches who use organic materials like herbs and barks to make mystical concoctions. “Witches” are a European concept, a label that was thrust upon the people of Siquijor when the Spaniards arrived and were appalled by the “ungodliness” of the island. The reputation for “witchcraft” in Siquijor has only grown as travelers come from all over the world to witness the “dark magic” in person.

But to locals, Siquijor is an island of healers or wise people, known as “mananambal,” who carry on the island’s ancient traditions and practices, such as healing, which is honored at The Folk Healing Festival. At this celebration, healers gather during Holy Week at the sacred foot of Mt. Bandilaan with their herbs and potions in tow. Also present are hundreds of tourists and travelers from around the world who come just to be healed by these ancient healers.

The festival opens with a Holy Mass, showing that, in a way, the island has managed to merge its indigenous ways with the Catholic faith. Contrary to popular belief, Siquijor healers are nothing like the crazed Pagan-style witches of Europe. There are no naked séances or cannibalism here.

On the island during the festival, liquor and smoking are strictly forbidden, burning any type of garbage or plant or leaves is prohibited, and all types of plastic and non-recyclable materials are not allowed. You can’t even cook food using firewood and charcoal, or even sell lechon baboy. Most of these rules are meant to emphasize the gravity of the festival, so as to not upset the spirits said to inhabit the island.

These spirits are a huge part of the entire celebration as well as the months leading up to it. Healers start preparing for the festival on the first Friday after Ash Wednesday, when healers gather all the herbs, barks, and wood they need from the mountains, forests, and seas of Siquijor. Another popular ingredient is coconut oil, but the island’s healers only extract sacred coconut oil from a coconut tree with a single coconut facing the Eastern sun. Talk about specific.

Healers are only allowed to gather their potion ingredients exclusively on the seven Fridays between Ash Wednesday and Good Friday. But before each excursion in the forest or ocean, they must do a short ritual to warn and respect the lost spirits who wander the island. Some even say to these spiritual forces, “tabi-tabi po.” Manners are important, after all, even to the dead and the supernatural.

These herbs are then gathered and mixed to make products like the popular love potion gayuma, and other concoctions with names that hint at their purpose: tawa-tawa (laughter), sumbalik (return), tulay (connection), and tulog-tulog (rest). This is done only on Black Saturday, the day Jesus died, as healers believe supernatural forces are stronger on this day as they roam the island to share their healing powers to those who can tap into them.

We might all be staying home during this year’s Holy Week, but I for one am already planning to spend next year’s Holy Week on Siquijor, surrounded by its own unique brand of mysticism and spirituality.