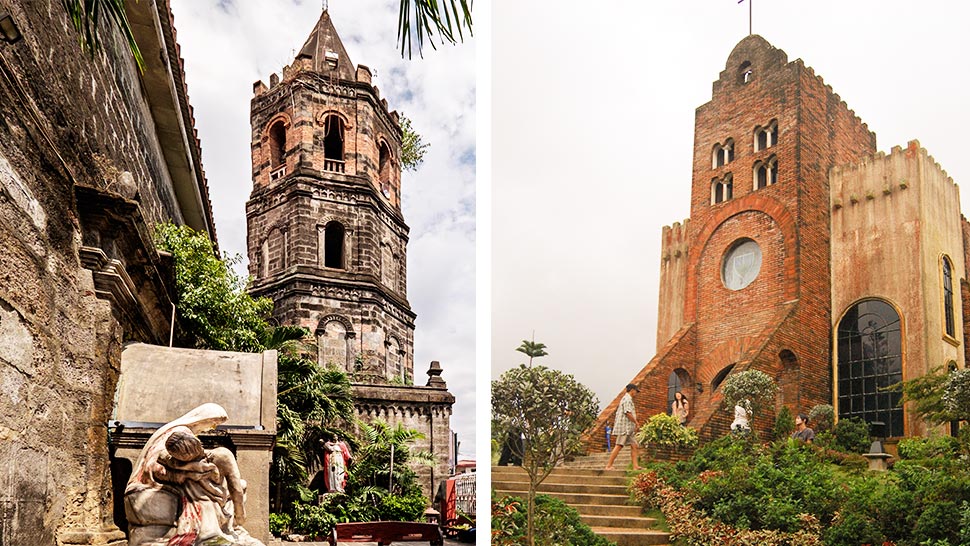 If there’s a one-time-of-the-year moment when driving will actually good for the spirit, it’s Maundy Thursday to do the Seven Churches Visitation or Visita Iglesia.

Unfortunately, people will have to forego Visita Iglesia this year, given the current situation with COVID-19. Still, that doesn’t mean we can’t read about this distinctly Catholic tradition and list down the ideal churches the faithful might want to go to for some Holy Week penance, hopefully next year when we’ve put this coronavirus crisis behind us.

Visit seven churches, recite two Stations of the Cross in each, and complete all 14 stations by the time you finish the seventh church visit. Simple.

Now the idea would be to go to churches that you don’t frequent and are far apart to increase the degree of difficulty and thereby penance because let’s be honest (which is key to gaining forgiveness), many of us have probably been bad.

If you’ve really been despicable, there’s no rule against doing only one Station of the Cross per church and visiting 14 different churches in the process. That might get you back in His good graces, just as long as you don’t act like an ass as soon as you leave the church.

Of course, because of COVID-19, when almost everything has moved online, you can also do a virtual Visita Iglesia and just visit the churches from the comfort of your own home.

San Agustin in Intramuros has been a UNESCO-declared World Heritage Site since 1993. It is believed to be the oldest church in Metro Manila and can be found just along General Luna Street.

Manila Cathedral or more formally known as the Minor Basilica and Metropolitan Cathedral of the Immaculate Conception is located at Plaza de Roma along Cabildo corner Beaterio Street, also in Intramuros. It has been rebuilt six times thorough the years, most recently after sustaining fire and earthquake damage in the Second World War. Its present form dates back to 1958.

Binondo Church or the Minor Basilica of Saint Lorenzo Ruiz is so named because it was in this church where the first Filipino saint, Lorenzo Ruiz worked as an altar boy before becoming a missionary. It is in Plaza Lorenzo Ruiz, Binondo.

Basilica of San Sebastian is located in Plaza del Carmen along Claro M. Recto Avenue in Manila. It was designated as a National Historical Landmark by the Philippine government in 1973. The two spires exemplify Gothic architecture and it stands as the only all-steel church in the Philippines.

Sta. Cruz Church is in Plaza Sta. Cruz, along Carriedo Street in Binondo, Manila. Its current form comes from the 1957 reconstruction after it was damaged in the Battle of Manila.

Our Lady of Remedies Parish, Malate or Malate Church is at 2000 M.H. Del Pilar Street, Malate. Having been established in 1588, it is the oldest Philippine church that honors Mary, the mother of Jesus.

Iglesia Catolica Apostolica Romana Parish of St. Michael the Archangel is along Evangelista Street, Bacoor City, Cavite. It is famous for being the church where Fr. Mariano Gomez (one of the three priests in GOMBURZA) served as a parish priest.

Kawit Church or Church of St. Mary Magdalene in the municipality of Kawit, Cavite is where General Emilio Aguinaldo was baptized. The saint for whom the church is dedicated to also happens to be the patron saint of revolutionists.

Our Lady of the Most Holy Rosary in Rosario, Cavite houses Reina de Caracol or the painting of Our Lady of the Rosary. It is old and undated and is believed to have been built sometime between 1810 and 1820.

Dasmariñas Church or the Immaculate Conception Parish was declared an important historical structure by the National Historical Commission of the Philippines because it was here where blood was spilled in the Battle of Perez Dasmariñas during the Philippine revolution against Spain.

Known as Silang Church, Our Lady of Candelaria Parish Church was declared by the National Museum of the Philippines as a National Cultural Treasure. It was built from 1637 to 1639 out of stone. Find it in Silang, Cavite.

Metropolitan Cathedral of Saint Sebastian or more commonly known as Lipa Cathedral is the seat of the Archdiocese of Lipa and was canonically erected by Pope Pius X.

Immaculate Conception Parish in Bauan, Batangas holds the Holy Cross, which is the parish’s patron saint. The cross was found in 1595 and is made of anubing wood.

Caleruega Chapel or Transfiguration Chapel sits on top of a hill and surrounded by lush greenery and picturesque surroundings, which makes it a favorite for weddings. It is in Brgy. Kaylaway, Nasugbu, Batangas.

The Minor Basilica of Saint Michael the Archangel or Tayabas Church in Tayabas, Quezon is the largest church in the province. Built originally in 1600 using bricks, it is considered to be one of the most beautiful churches in the country and has been declared a National Cultural Treasure.

Lucban Church in Quezon Province is more formally known as the San Luis Obispo de Tolosa Parish Church. It uses the baroque design of the 17th century and was completed in 1738.

St. Francis of Assisi Church in Sariaya, Quezon is where you’ll find the image of Sto. Cristo de Burgos, which is said to be a gift from King Felipe V of Spain to the people of Lumang Bayan.

Barasoain Church is probably one of the most popular churches in the country because it was the site where the Malolos Constitution was written and the city it’s in the official capital of the First Philippine Republic. It has been depicted in various monetary notes including the P1, P10, and P200 bills.

Obando Church in Bulacan or the Parish of San Pascual Baylon and Diocesan Shrine of Nuestra Señora Inmaculada Concepcion de Salambao is more famously known for people visiting it to pray for fertility. Its patron saints are St. Pascual Baylon, St. Claire of Assisi and Our Lady of Salambao.

Bulacan Church or Our Lady of Assumption Parish in San Jose, Bulacan is a Marked Historical Structure as per the National Historical Commission of the Philippines. It is highlighted by Romanesque and even Muslim architectural features.

San Juan Bautista Parish Church is more commonly recognized as Calumpit Church. Built in 1572, it is believed to be the oldest church in Bulacan.

Betis Church is Guagua, Pampanga is also known as the St. James the Apostle Parish Church. Here one can find church bells that date back to 1891 and an artesian well dug between 1886-1894. This church has been declared a National Cultural Treasure by the National Museum and the National Commission for Culture and the Arts.

Named after San Guillermo, the patron saint of Bacolor, Pampanga, half of San Guillermo Parish Church was buried under lahar during the eruption of Mt. Pinatubo. After the volcanic event, the residents dug up the altar and restored it to pristine condition.

The Holy Rosary Parish is known in Angeles City, Pampanga as Pisambang Maragul (Big Church). Its grounds hold a few of the great events in our history from wars against the Spanish and Americans. Today, it is the site of various Lenten activities including the Holy Sepulcher procession and the Salubong. It has also been declared a national historical site by the National Commission for Culture and the Arts.

For those who wish to venture further out or visit more than the customary number of churches, the provinces of Laguna, Albay, Pangasinan, and Paoay still have many churches that are as rich in faith as they are in history.

Maybe next year we’ll get to actually go out and visit churches for Visita Iglesia once more. 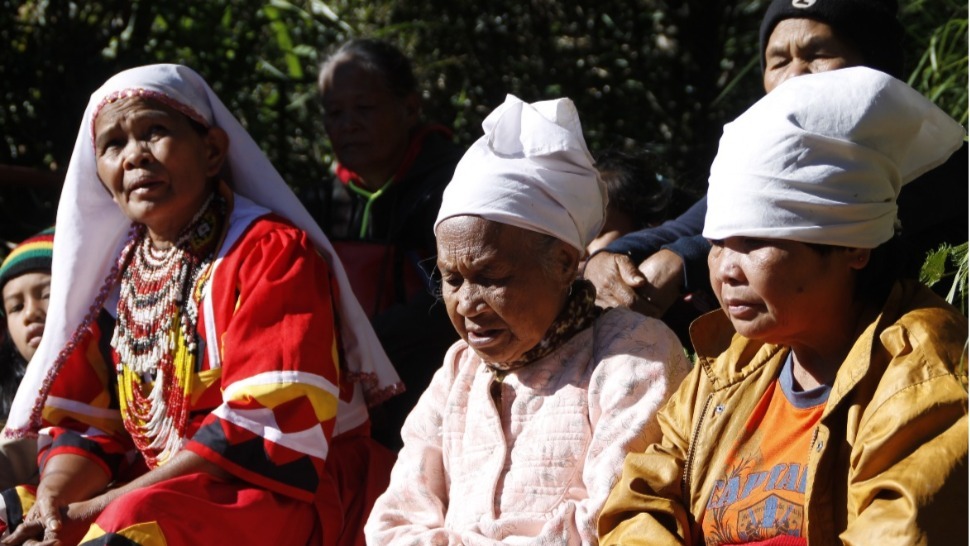 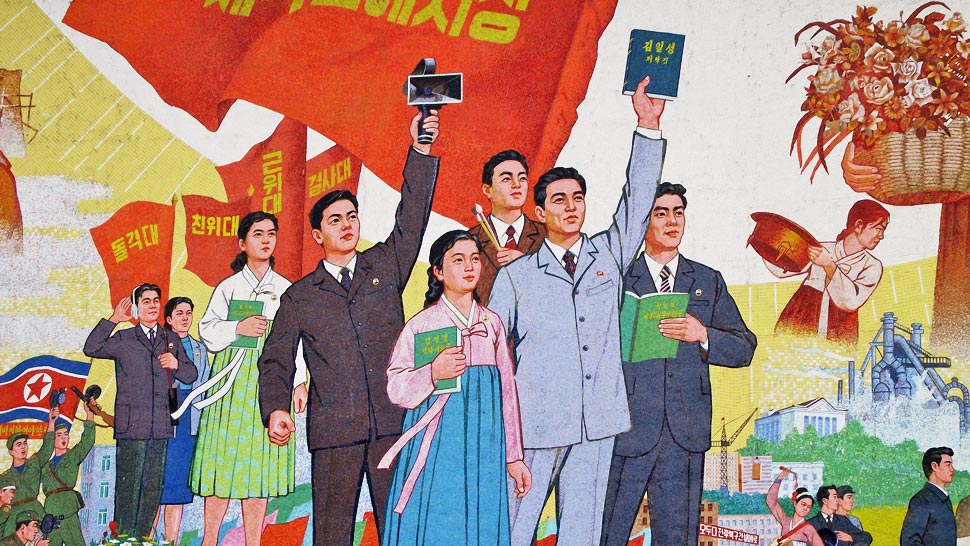 Love Apartments, Fancy Taxis, and Karaoke: What Ordinary Life is Like in North Korea
All Photos
Comments
View As List