Toxic Fandoms Are Out of Control, And It's Up to Us to Stop Them 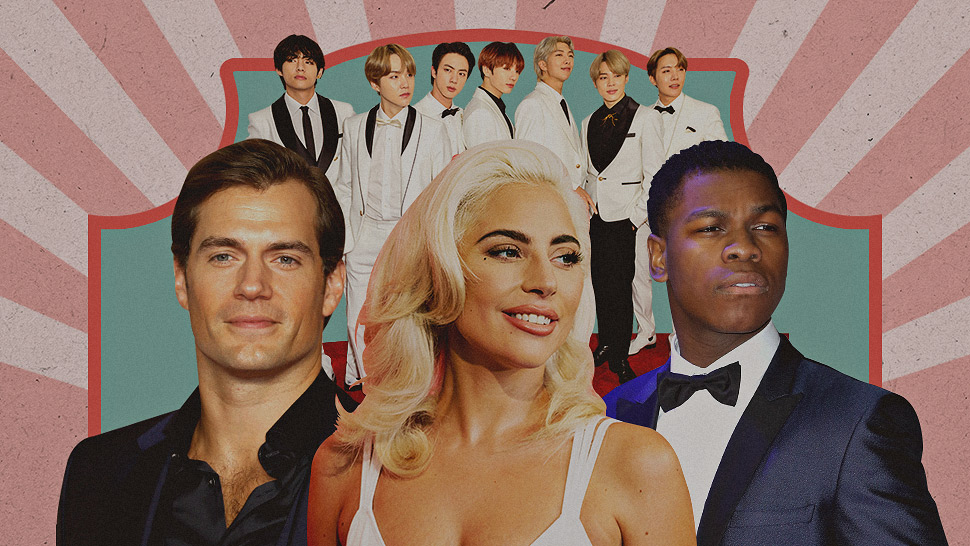 Many fans of Korean boy band BTS went nuclear recently when a few ignorant students posted photos of themselves making fun of the group with a homophobic slur. Some of the fans got so mad they doxxed (posted personal and private information online) the students, leading to severe online bullying.

After the cast list was announced for the much-anticipated reimagining of Neil Gaiman’s Sandman series on Netflix, infantile fans cried foul and demanded to have some of the actors replaced in order to be more “truthful” to the source material. Imagine their surprise when Gaiman himself—the CREATOR of the series—shut them down.

“I give all the fucks about the work,” Gaiman wrote on social media. “I spent 30 years successfully battling bad movies of Sandman. I give zero fucks about people who don’t understand/haven’t read Sandman whining about a nonbinary Desire or that Death isn’t white enough. Watch the show, make up your minds.”

And adoring fans of Henry Cavill, aka Superman in the current DC Extended Universe, have unleashed hell on DC and Warner Brothers after it was announced that JJ Abrams might be rebooting the Superman franchise with a new Man of Steel movie. It got so bad that Cavill himself posted a lengthy note on his social media imploring fans to take it easy on the online vitriol.

These are just a few examples of what is now often referred to as toxic fandom, which is a relatively new-ish term for what is most certainly a not-so-recent phenomenon. For as long as there have been screen idols, sports, politics, and pop culture (films, TV shows, games, internet influencers, etc.) there have been followers who have taken their fondness for said personality or piece of media to dizzying and sometimes poisonous levels.

We get it. Many of us are entertained and comforted by certain personalities and the work that they do. From Elvis Presley and the Beatles to BTS and Taylor Swift—and countless others in between—artists and musicians have made our hearts sing and lifted our spirits in a way that perhaps even our closest family members and friends never could. And so we feel protective of them and become defensive when they’re on the receiving end of some pretty nasty trash talk. We obsess over movies, TV shows, and musicals—everything from The Office and RuPaul’s Drag Race to Rick & Morty and Dear Evan Hansen—and can’t help it when others don’t seem to “get it” or choose to make what we feel are unfair critical points.

And then there are the fan bases of “extra nerdy” things like comic books, graphic novels, toys, books, and video games. Many of these are non-mainstream to begin with, and so fandoms feel an extra sense of Gollum-my-precious level of possessiveness.

But that’s no reason to act like a dick to other people, especially to the celebrities and the creatives.

I haven’t even completely immersed myself in the most hardcore of fandoms but I know how toxic some of them can be. Dissent is not allowed, criticism is nonexistent, and the prevailing language is of little else but admiration and worship. It’s one thing for an internet troll to hurl insults at a popular K-pop group, then gleefully sit back as his action generates an expected reaction (that’s just sad), but it’s quite another for fandoms to deliberately hold back and stifle genuine and constructive criticism in the guise of ardent support and loyalty.

Sometimes they take it to the extreme: “Fans” can gang up on someone and launch a targeted hate campaign “just because.” (Look up John Boyega and Kelly Marie Tran of Star Wars).

A synonym of fanatic is zealot and that’s what these people are.

Look, I’m a fan, too, and can certainly understand the passion and obsession other fans feel for their objects of veneration. I think John Mayer is insanely talented, I think the animated show Invincible on Amazon Prime is next-level genius, and I’m a self-professed fanboy of John Oliver. But I wouldn’t characterize myself as a toxic fan. When people denounce Mayer as a pretentious douchebag, I’m not rolling my sleeves up and going on the offensive on Twitter. If people think Invincible is nothing more than a reductive stab at the overhyped superhero genre, you won’t see me filming an hour-long vlog to defend the honor of Robert Kirkman and the show’s creators. And when people say Oliver is a smug know-it-all whose wit and charm have long since abandoned him, heck, I just shrug and might even agree. (Actually, no I don’t. I think his humor and his show are still spot-on, seven years since the show premiered.)

In other words, I don’t let what other people say about the things I like affect my, well, like, for said things. I’m mature enough to understand that nobody has such a perfect reputation that they wouldn’t attract their fair share of haters. Somebody will ALWAYS have something to say about somebody else. Despite its insane popularity, FRIENDS the TV show is problematic to some and unbelievably unfunny to others; Citizen Kane, which some people say is the best movie of all time, got its Rotten Tomatoes score downgraded to 99 percent when an old review said “its sacrifice of simplicity to eccentricity robs it of distinction and general entertainment.” And, believe it or not, despite their fandoms being some of the noisiest and most freakishly devoted on the planet, pop queens like Beyonce, Lady Gaga, Britney Spears, and Ariana Grande have detractors who are immune to their dazzle and shine.

The point is, it’s time for toxic fandoms to turn off their screens and take a good long look at themselves in the black mirror. They should be fans who know where to draw the line between support and pressure; who understand what it means to let the people they choose to influence them do their thing and not let what others think of them cloud their own judgment; and who can accept that a true fan will never intentionally hurt anybody else in the name of their favorites.

One of the most powerful things about pop culture is its ability to entertain and inspire us even for a limited amount of time. These modern-day idols and craftsmen—the people we put on a pedestal—do that for many of us, especially during the last year when we all needed an escape from reality. The least we can do is channel that joy and positivity back to the world. 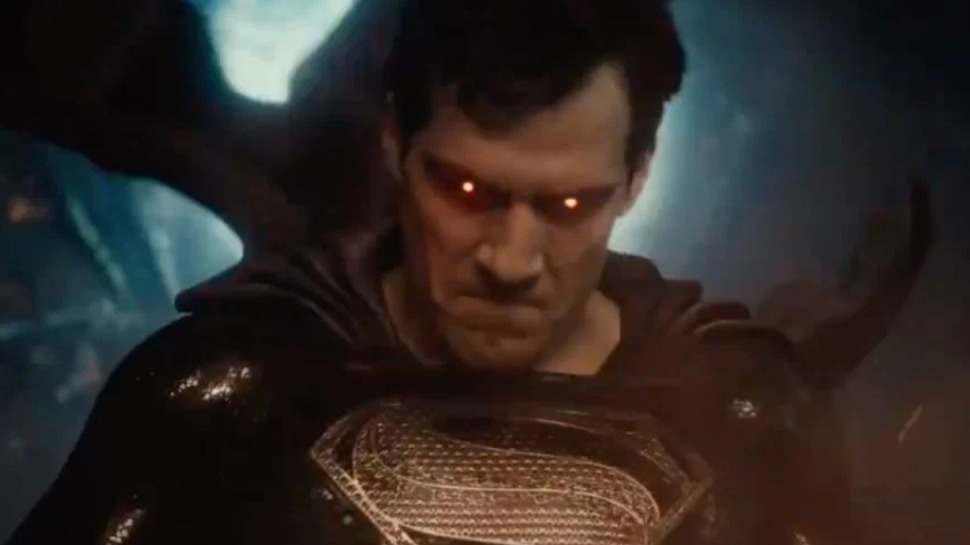 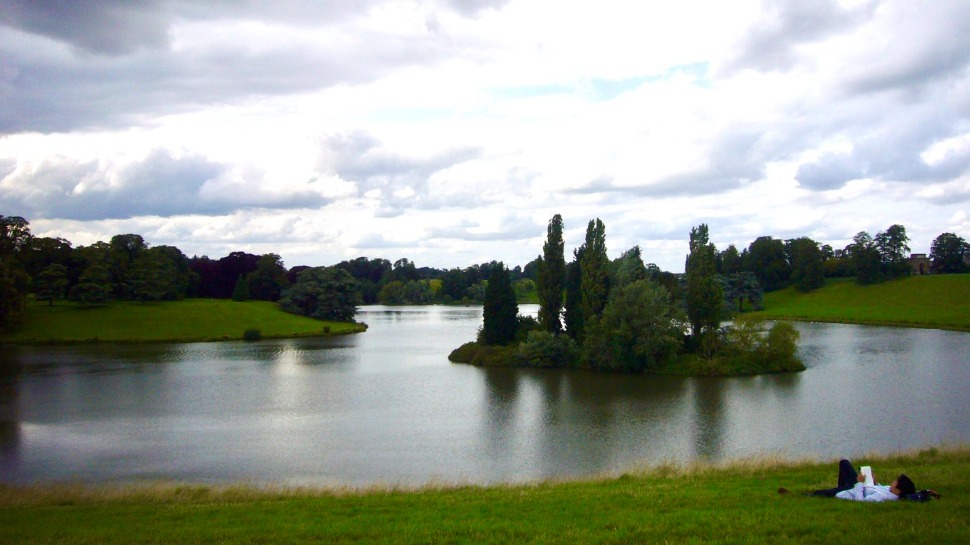