The three rulers of Manila, Rajah Sulayman, Matanda, and Lakandula co-ruled as equals. 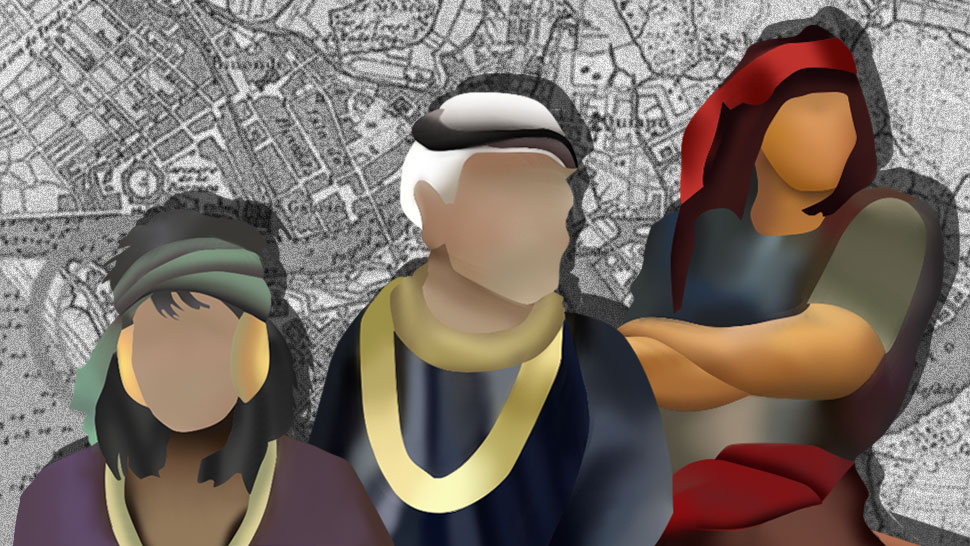 Rajah Sulayman, Rajah Matanda, and Lakandula were powerful allies that co-ruled Manila in the 16th century. The three rulers of Manila had territories that were strategically placed in different areas the Pasig River Delta opening up to Manila Bay. Lakandula controlled the north side of the Pasig River Delta, while Matanda and Sulayman controlled the south side in what is now Fort Santiago. Their tripartite reign as rajahs of Manila was one of the most significant in Philippine history because of their defense and eventual loss to Spanish conquistador Miguel Lopez de Legazpi, who captured their territories with the help of 600 Visayan troops in 1571.

Approximate Locations of the Territories of the Ancient Rulers of Manila

In Philippines, power was not measured in terms of territorial expanse, wealth, or centralized government. Instead, it was measured in terms of of trade, control of people, number of alliances, and networks of connections. Rajah Sulayman, Rajah Matanda, and Lakandula had plenty of these. Not only were the three rulers of Manila related to each other (Sulayman was the nephew of Lakandula and Matanda), they also forged important alliances with datus from surrounding provinces and datus from abroad.

Manila during the 16th century was part of the powerful Sultanate of Brunei, an empire that extended to much of Borneo, Palawan, and parts of Luzon. It was the rival of the Sultanate of Sulu and Sultanate of Maguindanao, on which it conducted raids. According to Chinese records, across its territories including Manila, the Sultanate of Brunei had an armada consisting of more than 100 war vessels at the climax of its power. Rajah Sulayman, Rajah Matanda, and Lakandula were just vassals to this impressive but were nevertheless powerful in their own right.

The three rulers of Manila became significantly more powerful than their upriver counterparts in Luzon because of their territories’ strategic location. Being located near the mouth of the Pasig River near Manila Bay, Sulayman, Matanda, and Lakandula were able to control goods going in and out of the river. The three rulers enforced their authority not only on their but also on foreign merchants who docked at their harbors. They levied taxes on foreign ships carrying goods for trade. They also subordinated their counterpart datus from upriver communities by controlling the entry of their goods into the trading system.

Another way that ancient Filipino datus like Sulayman, Matanda, and Lakandula maintained their power and influence was by cultivating a belief among their constituents and enemies that they had supernatural powers. According to historians Patricio Abinales and Donna Amoroso, datus were able to hold onto power by spreading rumors about their alleged arcane knowledge of black magic like pangkukulam or pambabarang that could harm their enemies. This deterred potential challengers to their authority.

How the Spaniards Overcame Rajah Sulayman, Rajah Matanda, and Lakandula

In June 1570, after the Spaniards subjugated some datus from the Visayas, Miguel Lopez de Legazpi ordered Martin de Goiti to establish an outpost in the north. Goiti set out from the Visayas and anchored in Cavite. At the time, Goiti’s troops had almost depleted their supplies, but word came to him of Manila, a rich trading hub by the Pasig Delta, which was replete with various resources. He sent emissaries to Manila to extend a “message of friendship.” It was the same tactic used to capture Visayan territories: Offer friendship and protection in exchange for pledging allegiance to the Spanish Crown.

Rajah Matanda was receptive to the advances of the Spaniards, but Rajah Sulayman, notorious for being the most aggressive of the three rajahs of Manila, took a more obstinate stand and refused to cede power to the Spaniards. Sulayman declared war on the Spaniards, who promptly attacked Manila, burning the city to the ground. After the fierce battle, the three rulers were forced to retreat uphill. But, fearing that the monsoon season would trap him and his forces in Manila, Goiti sailed back to Cebu, after which the natives returned and resettled in Manila.

A year later on June 3, 1571, de Legazpi arrived in Manila with a larger fleet and a stronger force comprised of 280 Spaniards, 600 Visayan natives, and some Latin Americans. In response, Sulayman promptly assembled his own troops, albeit with great effort: He failed to gain the crucial support of the two elderly chieftains Rajah Matanda and Lakandula, who remained in their respective outposts, and possibly considered the great losses they suffered at the hands of the same enemy a year earlier. Sulayman also failed to gain the support of crucial allies from the datus of Hagonoy, Bulacan.

With his list of allies growing thin, Rajah Sulayman called for aid from Tarik Sulayman, a datu from Pampanga. Tarik Sulayman sailed his warships down the Pampanga River and set out to meet Rajah Sulayman at the Bay of Bangkusay off the port of Tondo. A naval battle ensued between the Spaniards and the natives.

The Spaniards, highly experienced in naval warfare, lured the natives into a trap by forming a solid formation fastened in two-by-two to appear vulnerable. When the native warships closed in, the Spanish fleet immediately surrounded them, opened fire, and destroyed much of the natives’ warships.

Tarik Sulayman perished in what is now known as the Battle of Bangkusay Channel, while Rajah Sulayman escaped and fled to Pampanga.

Consequences of the Battle of Bangkusay Channel

With the two ’ defeat, Manila was easily ceded to Legazpi. The remaining rulers of Manila, Lakandula and Matanda, welcomed the Spanish conquistador and made a deal with him. This marked the fall of Manila to the Spanish Crown. Manila was declared a city June 1571, and would become the seat of the Spanish empire in Asia. At the time of its capitulation, Manila’s population was 250.

The Battle of Bangkusay Channel also marked the beginning of the Muslim-Christian conflict during the time of the Spanish colonization of the Philippines. Manila was an outpost of the Sultanate of Brunei, and its capture by the Spaniards was not taken lightly by Brunei’s sultan and his vassals. Subsequent raids on the Spaniards were launched by Muslim datus from the region as a result of the latter’s invasion of Manila.

Legazpi’s victory in 1571 redefined the Philippine archipelago by situating it as Spain’s center of trade and operations in Asia, partly because of the large presence of Chinese merchants in the surrounding area. In 1595, King Philip II declared Manila as the capital of the Philippines. 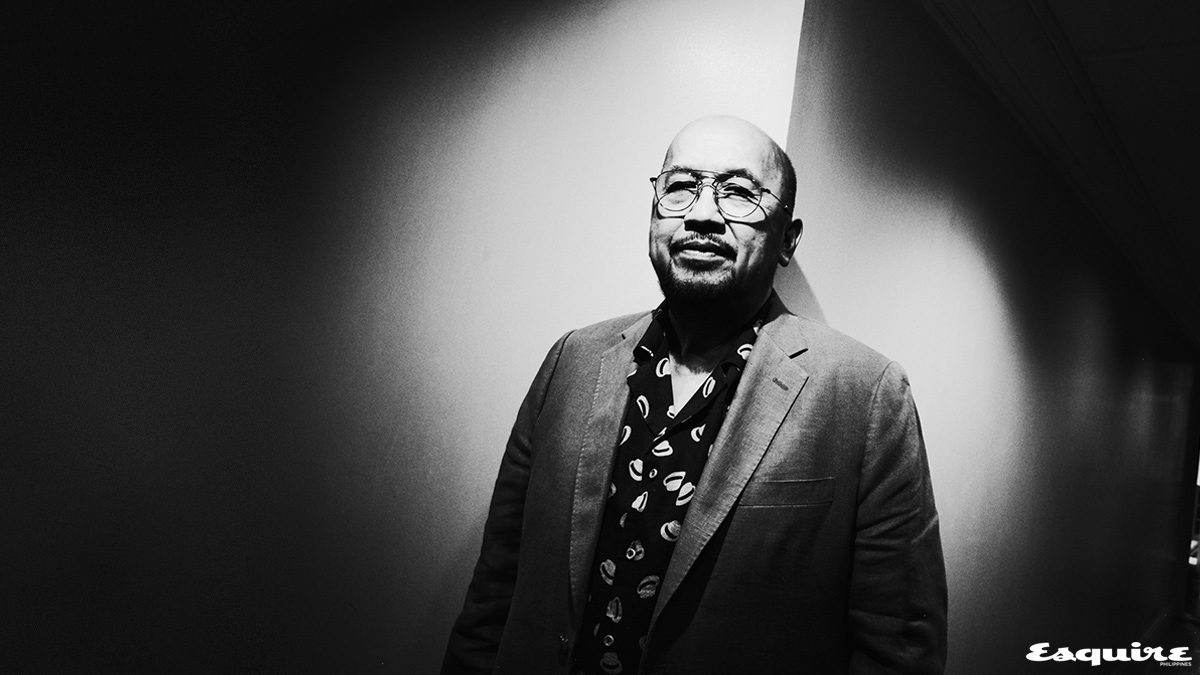 Viva's Vic del Rosario: 'The Industry Will Keep on Booming as Long as We Have Strong Creative People Telling Their Stories'
All Photos
Comments
View As List