Why Are Meat and Vegetables So Expensive These Days? 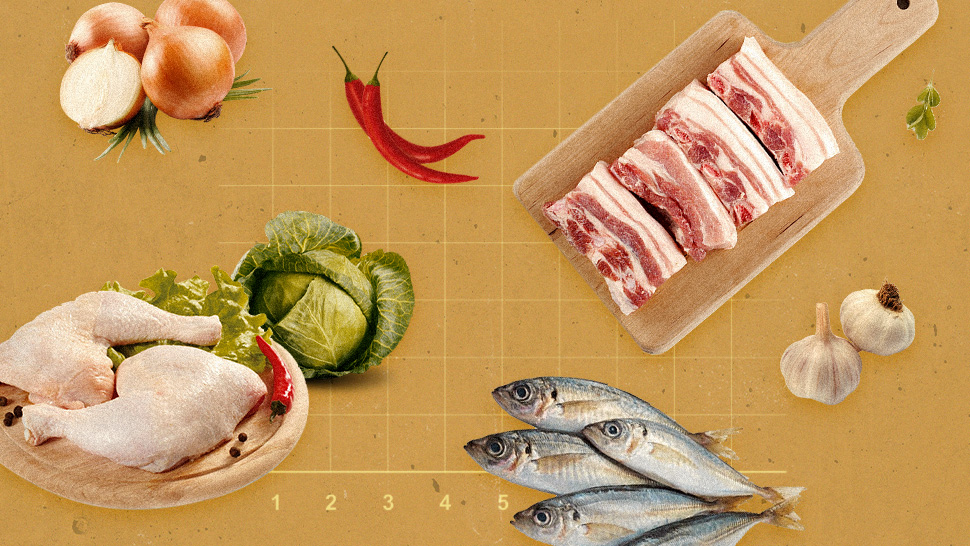 If you don’t regularly go to the market, this story might not concern you. But for everybody else whose task it is to replenish food supplies on a regular basis, they might be wondering why exactly prices of basic commodities are through the roof these days.

According to the daily price monitoring of the Department of Agriculture for Wednesday (January 13), pork belly just hit a high of P420 per kilo (pork kasim was at P200 while liempo was at P240 this time last year). Beef rump, meanwhile, is at a high of P450 per kilo, which is nearly P100 more expensive than last year. A whole chicken is at P180 per kilo, while seafood is especially pricey, with bangus reaching a max price of P240 per kilo, local galunggong at P280, and alumahan (mackerel) at P390.

But nowhere is the price increase more glaring than in vegetables. Memes have already been circulating about the humble sili (chili) which now cost as much as P1,000 per kilo. Cabbage is at P220 per kilo, Baguio pechay is at P180, and both red onion and garlic are at P140 per kilo each.

With prices like these, it’s no wonder some people are left with no choice but to buy ready-to-eat, cheaper meals like canned goods and instant noodles that are far less healthy.

Why are prices so high?

For one thing, inflation is up again. It rose 3.5 percent last December, which was at the top end of the 2.9 to 3.7 percent range the Bangko Sentral ng Pilipinas gave. It’s higher than the 3.2 percent recorded in November and a full percentage point up from the 2.5 percent recorded in the same month in 2019. The Philippine Statistics Authority said prices of food and drinks rose by 4.8 percent last month. Pork, in particular, is 10 percent more expensive, in part due to the high demand during the holiday season but also because of the threat of the African swine fever (ASF).

Other price increases: onions and tomatoes are up 19.7 percent, fruits 6.3 percent, and fish at 3.1 percent. PSA officials attributed the increase to supply woes brought about by strong typhoons that devastated crops in Luzon, as well as increased demand. The explosion of Taal volcano one year ago, as well as the lockdown orders caused by the COVID-19 pandemic also had an effect on food production and the supply chain.

Department of Agriculture officials have said that they expect food prices to stabilize as food-producing regions like Calabarzon (Cavite, Laguna, Batangas, Rizal, Quezon) recover from the typhoons.

But analysts have also cautioned that prices may continue to increase by as much as three percent during the first quarter of 2021.

With that, we highly suggest further tightening our belts and, of course, following your mom’s strict orders to not leave anything uneaten on your plate. Sayang.

Financial Adviser: 5 Things Every Investor Should Know About Stock Rights Offerings and How to Profit from It
All Photos
Comments
View As List