6 of the Most Scandalous Viral Stories of 2021 So Far

Plus some funny and feel-good stories as well. 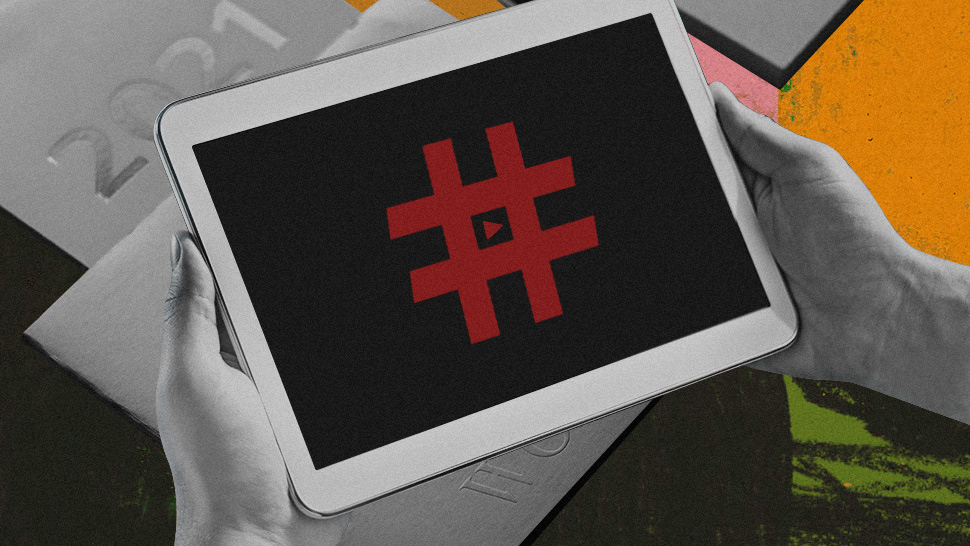 The last time Metro Manila was under enhanced community quarantine, most people who had access to the internet had little else to do but scroll mindlessly past their social media feeds. Almost every week, an issue would explode online and it seemed people talked about little else, at least until the next piece of news went viral.

There was a socialite who made what some would characterize as insensitive comments against people who just couldn’t stay home during the lockdown; a politician who was caught breaking quarantine orders after he found out he tested positive for COVID-19; an advertising professional who was accused of catfishing by a transgender woman; and the story of that couple who had to walk from the hospital to their house with their dead baby in a box.

It’s only been seven months, but 2021 has already given us a truckload of stories that got people engaged and enraged. These stories ought to last us the rest of the year and beyond. Then again, we still have five months left, and you can bet more are going to pop up soon. In the meantime, let’s look back at some of the stories that went viral this 2021 so far:

When a mob loyal to former U.S. President Donald Trump staged a massive riot within the walls of the Capitol Building in Washington D.C. in January, one of the rioters was photographed carrying what appeared to be a walis tambo. A typical American may not know what that is, but Filipinos were quick to point out the popular home cleaning apparatus and deduced that the person brandishing it was undoubtedly Filipino, too.

In May, the U.S. Federal Bureau of Investigation identified the person as Kene Brian Lazo and arrested him on charges of disorderly conduct on Capitol grounds and knowingly entering or remaining in a restricted building or grounds without lawful authority, among others.

Although it was not immediately revealed if Lazo was, indeed, Filipino, the Philippine ambassador to the U.S. Jose Manuel “Babe” Romualdez did confirm that some Filipinos had participated in the storming of the Capitol.

Entertainment personality Tim Yap is no stranger to controversy, but his latest headline-hogging actions might just be the most serious so far. Photos and videos of Yap and his guests were splashed all over social media last January as he celebrated his birthday at The Manor in Baguio City. A party featuring Yap would’ve been par for the course for the self-proclaimed eventologist, except that we’re in the middle of a pandemic and the images showed neither him nor his guests wearing masks nor observing physical distancing, which were clear violations of established health protocols.

Yap and his 32 guests, which included KC Concepcion, were all fined P1,500 each, according to Baguio City’s public information office. Even The Manor was ordered to pay P9,000 for failing to implement the health measures. Yap has also since apologized for the snafu.

The phenomenon of vlogging has reached epidemic proportions. In February, a restaurant group called out two of these vloggers when they filmed themselves asking restaurant staff for additional condiments and taking them home in jars. Clearly what the vloggers had done was a form of theft.

The vloggers in question (they call themselves Chuck and Joe) later apologized for their actions, but insisted that, since they didn’t take anything that the restaurant didn’t already give them, what they did could not be considered stealing.

4| The cancellation of Juan Miguel Severo

Award-winning writer, actor, poet, and activist Juan Miguel Severo is known for many things, but one of his most recent projects is the Boys’ Love series Gaya Sa Pelikula. What started as a web series was later picked up and shown on Netflix and has since developed a cult following among lovers of the genre, catapulting Severo to even greater fame.

Unfortunately, things came crashing down on Severo when accusations of sexual harassment surfaced against him in June.

One of the stars of Gaya Sa Pelikula, Paolo Pangilinan, posted a series of cryptic tweets against a person who supposedly harassed him but did not name the perpetrator. Those tweets paved the way for others to come forward to share their own experiences against Severo.

Globe Studios, which produced Gaya Sa Pelikula, issued a statement through executive Quark Henares, but did not explicitly name Severo. Henares said he had no intention of working with “anyone who uses their power to take advantage of anyone else.”

Severo, in turn, has deleted his Twitter account, where he had been active prior to the accusations, and has not publicly come forward to address the issue. 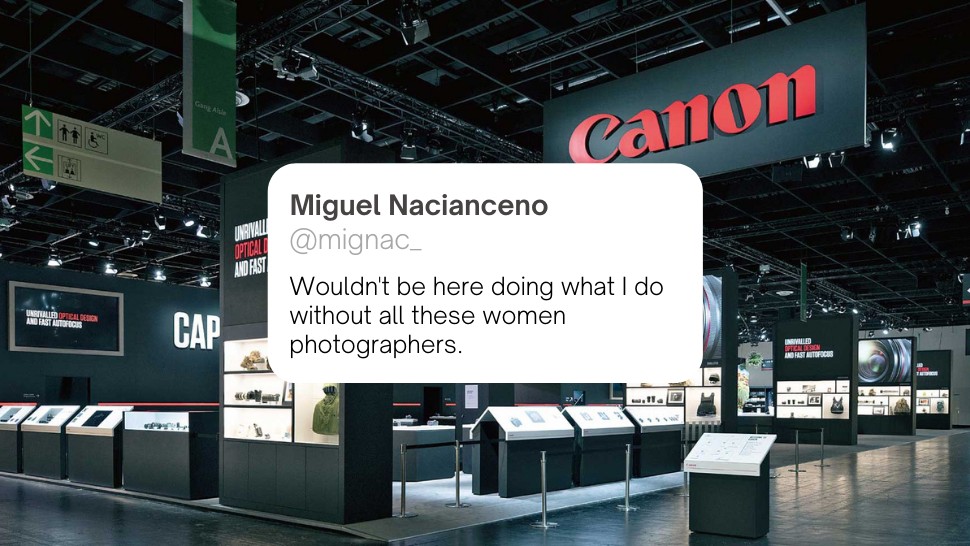 Camera and photographic equipment brand Canon found itself in hot water in July when it unveiled its list of brand ambassadors for the Philippines for 2021. Many people were dismayed that there wasn’t a single female photographer on the list and promptly accused the brand of being misogynistic and out of touch.

To complicate matters, Canon issued a statement that many people viewed as a “non-apology.” While the company said that it was “continuously growing” and “supports camera enthusiasts and content creators regardless of gender, culture, customs, language, or race,” it did not acknowledge its lack of diversity in its choice of ambassadors and never specifically apologized for how its staff initially reacted to the criticisms lodged against it.

The issue eventually died a natural death, but not before prominent names in the creative industry offered their takes, and at least one of its ambassadors—Jilson Tiu—voluntarily withdrew from the lineup in protest of Canon’s actions.

The issue is still fresh in most people’s social media feeds, and, with constant updates from the players, is still a developing story. But here’s the TL;DR. Content creator and social media superstar Nas Daily (or just Nas) signed a partnership with the 104-year-old Kalinga mambabatok or tattoo artist to offer a “masterclass” of the ancient art in his Nas Academy platform for P750 a pop. But Whang-Od’s grandniece issued a statement on social media (that has since been deleted) to say that the whole thing was a “scam” and that the old lady never understood what the agreement was all about. Other players soon offered their take on the issue, including a social entrepreneur who accused Nas of exploitative behavior, an acquaintance of said social entrepreneur who accused her of not being completely forthright with her claims, and so on.

To date, Nas insists on having only good intentions for his projects here in the Philippines and said he is a victim of fake news, even posting a video about it on Monday (August 9). But the damage has been done and the content creator that currently has around 21 million fans on Facebook alone has been hemorrhaging followers, so far losing about half a million since the start of the controversy about six days ago.

Those were just some of the infamous viral events that have happened so far in 2021. Fortunately, they were balanced somewhat by funny and feel-good stories that have also made the rounds on social media, including the unexpected popularity of Tarantadong Kalbo’s Tumindig drawing, the food delivery rider who received a P45,000 windfall from BTS fans, the P15,000 bilao wall art, and teasers for Bea Alonzo’s transfer to GMA Network that has since been co-opted by other brands, including Jaime Augusto Zobel De Ayala for BPI. And of course, all of the best moments from Tokyo 2020, including Hidilyn Diaz winning the Philippines' first-ever Olympic gold medal. 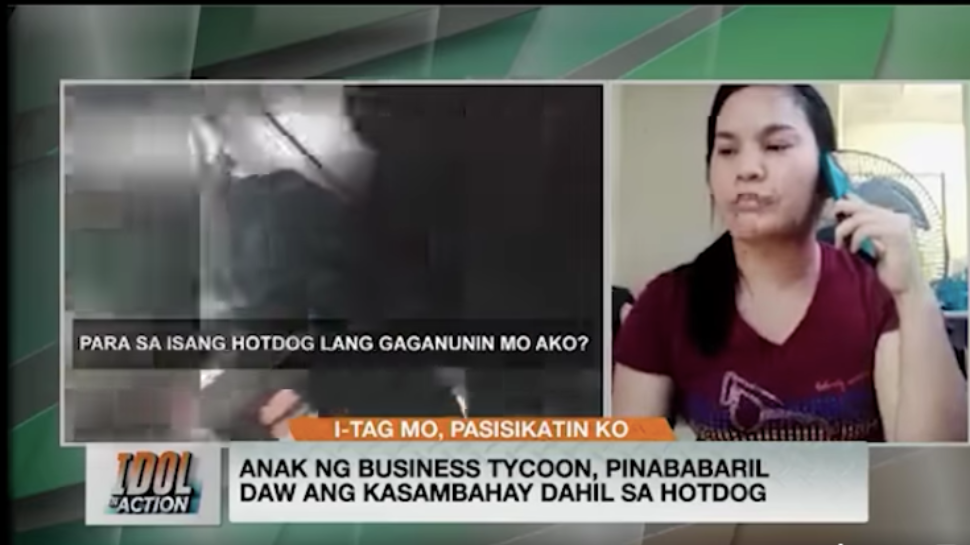 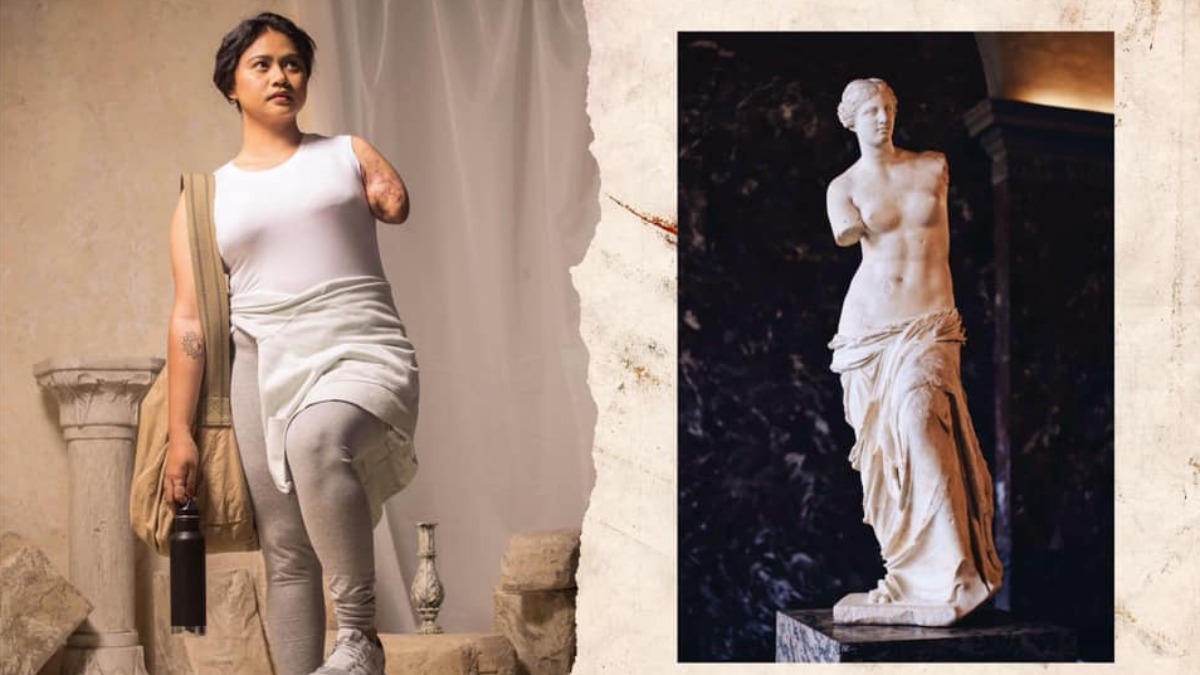 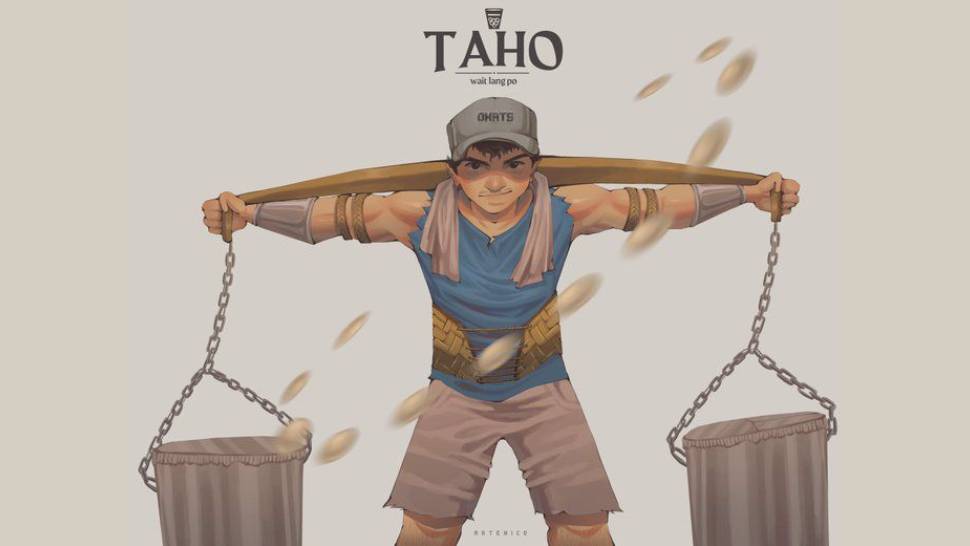 The Cool Story Behind the Viral Kalsada Heroes