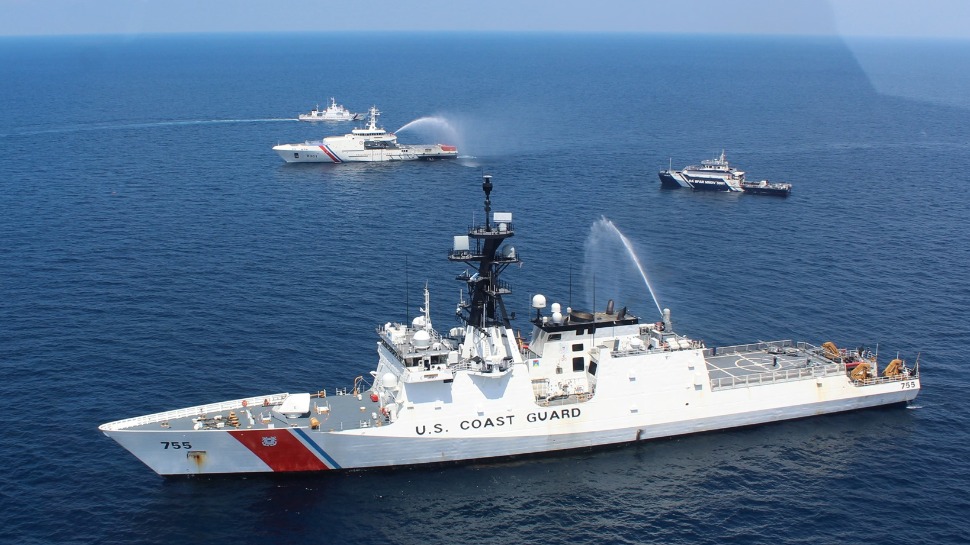 For the mission, the PCG sent some of the largest and most advanced vessels in its fleet: BRP Gabriela Silang, BRP Sindangan, BRP Capones, a PCG-manned BFAR vessel, BRP Lapu-Lapu, and airbus helicopter, CGH-1451.

The USCG, on the other hand, sent USCG Cutter Munro with unmanned aircraft system Scan Eagle.

The joint exercise between the two countries is one of the largest held over the last few years.

The PCG and USCG performed vessel communication, search and rescue, small boat operation, multi-vessel maneuvering, and emergency response operation on distressed situations such as fire onboard and man overboard.

The U.S. Coast Guard was impressed by the capabilities demonstrated by the Philippine Coast Guard.

USCG Cutter Munro (WMSL 755)’s Commanding Officer, Captain Blake L. Novak said they thoroughly enjoyed the PCG’s professionalism and hospitality, and that they look forward to future bilateral operations to further enhance the friendship between the PCG and USCG.

“As the maritime security challenges in the Indo-Pacific region become increasingly complex, partnering with our Coast Guard counterparts is vital to our shared interest in a free and open maritime environment,” Novak said.

Members of the Philippine Coast guard joined the servicemen of the U.S. Coast Guard aboard the USCG Cutter Munro as they launched the unmanned aircraft system to aid in the search and rescue operation.

The joint maritime exercise aims to promote security and enhance law enforcement interoperability in the country’s maritime jurisdiction, including the West Philippine Sea.

The exercises happened against the backdrop of an increasingly tense situation in the West Philippine Sea, where China has aggressively expanded its operations.

Commander of the USCG Pacific Area, Vice Admiral Michael F. McAllister, emphasized the importance of the partnership between the two coast guards in enforcing a rules-based mechanism at sea.

“Partnering with the Philippines to enhance maritime governance, including important missions such as search and rescue and enforcement of fisheries laws and treaties, is essential to the security, stability, and prosperity of all nations,” said McAllister.

“The success of the joint maritime exercise between the PCG and USCG will not only strengthen international partnerships for immediate response to calamities and disasters but will also ensure that our personnel could effectively perform their mandated functions in countering terrorism and other acts of lawlessness in our country’s waters,” Ursabia said. 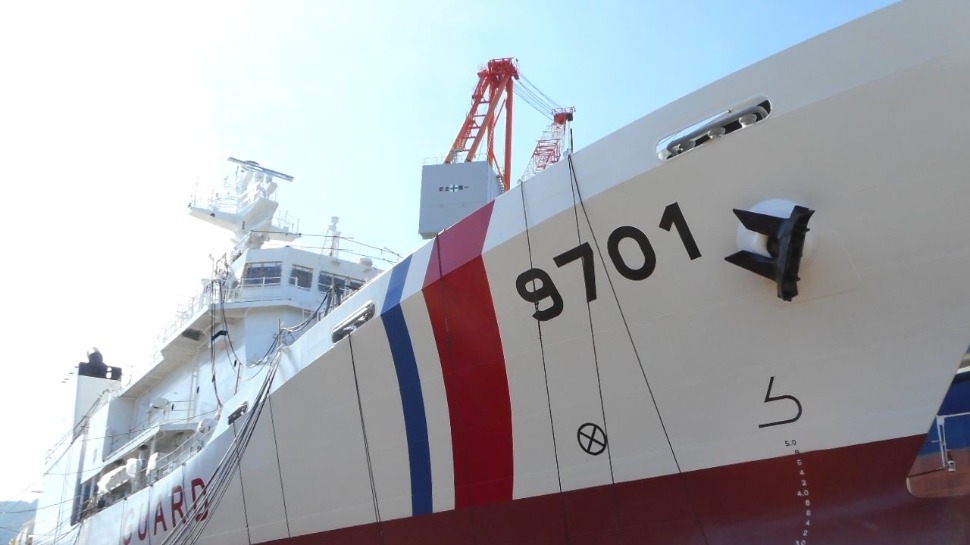 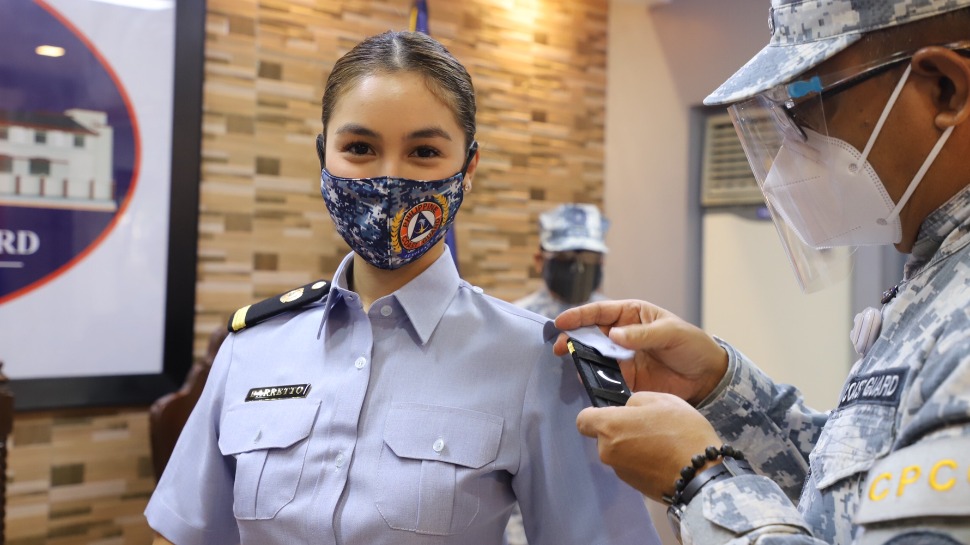