It’s not as simple as we think. 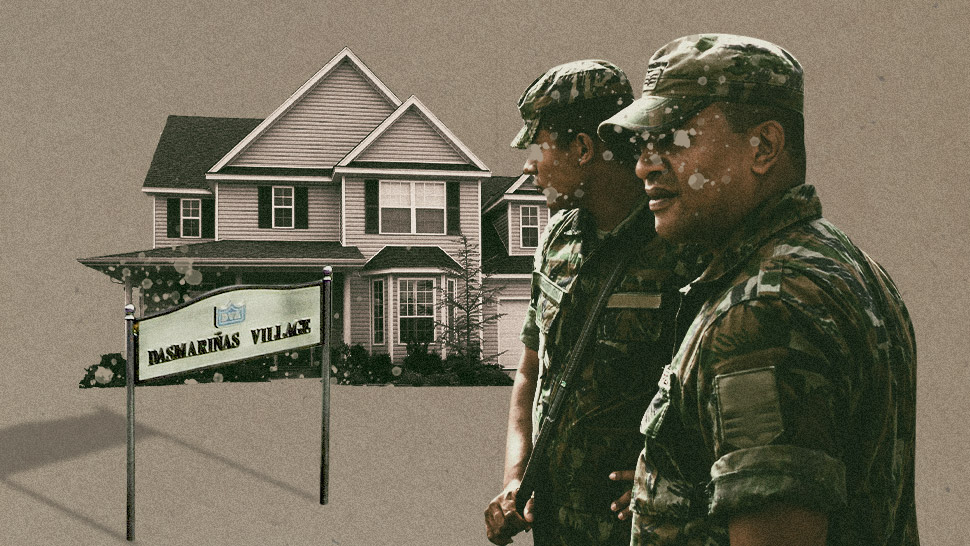 You see a soldier (or a man wearing fatigues) tackling a shirtless, seemingly defenseless man to the ground and of course you feel disbelief and rage, perhaps even disgust. You eventually learn that the officer is doing it right outside of the man’s own home, without any sort of provocation (nothing indicated in the video, at least), and the anger shoots up into nuclear territory.

You see the video on social media and, naturally, that’s where you vent your fury and your fear.

“What’s the military doing invading people’s homes?!” you angrily type on that white rectangle on your laptop or phone. “What is the world coming to?!”

Imagine that scenario and multiply it by a hundred or a thousandfold, and that’s a fair estimation of the current hot topic on Philippine social media—the so-called “Dasma Drama.”

If you’re just joining us (Welcome! Where have you been?!), here’s the TL;DR: On Sunday (April 26), police officials entered Dasmariñas Village to check whether residents were following enhanced community quarantine procedures. Apparently, they were there upon the invitation of the subdivision’s barangay chairperson.

The officials—a policeman named Roland Madrona wearing army fatigues and another who was essentially a barangay tanod named Esteban Gaan—reproached a helper watering plants outside one house without a face mask on. She went inside and, a few minutes later, the owner of the house, identified as Spanish national Javier Salvador Parra emerged shirtless.

These facts are incontrovertible, but what happens next is the subject of intense scrutiny and speculation, not to mention endless hot takes and debates on social media.

Most people have probably seen the first video—of Madrona tackling Parra to the ground on the latter’s driveway, with a woman off-camera (Parra’s wife), shouting for the kuya pulis to stop manhandling her husband. This was the one media outlets first shared on social media.

The video is shocking, to say the least, and the gut reaction, of course, is one of indignation and worry—if officials can do this in a posh village where wealthy and influential people live, what chance do regular folk have of protecting their rights?

People have been quick to break the incident down to a simple case of abuse of authority—the police had no business being inside a gated subdivision, they should not have been reprimanding people for going about their day within the confines of their own home, and, most importantly, they shouldn’t have physically attacked anyone, especially not someone who didn’t seem like he was doing anything wrong.

But is it really that simple?

Not long after media started reporting the altercation, a second video surfaced, this time puportedly taken by the tanod Gaan and presumably documents the events prior to the one shown in the first video.

In this version, Parra is clearly upset and can be seen and heard asking the officers to get off his property while his wife tries to calm him down. Madrona stands almost stoically on one side of the street not doing anything except listening to Parra.

At one point, Madrona can be heard telling Parra, “I’m not going to argue with you,” to which Parra says the same thing, but goes on arguing his case—that the officials shouldn’t be there in the first place.

Madrona also points out that Parra has clearly had a drink, which the latter admits to. “Yes, I’m having a drink in my fucking house,” he says. “Aren’t we allowed to do that?”

The tension escalates, with Parra throwing out curses and becoming more and more agitated and belligerent. The video then abruptly cuts, after which we can assume it leads directly to the first video.

Does this second video change anything?

For some people, yes. To them, Parra’s actions clearly provoked Madrona, who was silent and calm for most of the time he was being yelled at and verbally abused. The police were there at the request of the barangay officials and they were merely doing their job of making sure everyone—even wealthy residents of gated subdivisions—followed enhanced community quarantine guidelines. The thinking of this group of social media commenters is that Madrona’s tussle with Parra was justified—the homeowner was clearly intoxicated and should not have treated the police so horribly.

But then of course, there are those whose minds are already made up and believe the authorities acted with impunity—power trippers who trampled over people’s rights to do as they wished in their own home and who were empowered by policy set by those much higher up. A person who was minding his own business at home had every right to go off on them to defend his rights.

We need to take a chill pill

Legal professionals are already weighing in on the implications of the police officer’s actions, and at least one senator has already called for the Bureau of Immigration to step in and investigate Parra, and floated the idea that he ought to be deported if the situation warrants it.

But for most of us who are merely gawkers and bystanders in this piece of viral video du jour, I think it would do well for us to take a step back and assess how our reactions are affected by own prejudices.

Many of those who were quick to share the first video and add their own expressions of outrage on social media were driven by existing feelings of deep-seated distrust and exasperation with law enforcement in this country. For them, this was yet another example of police brutality, and one that so quickly followed the high-profile death of a former soldier at the hands of policemen last week.

This is a classic case of confirmation bias, or the tendency to look for information that props up or validates what we already believe to be true. Whether there is evidence that muddles or directly refutes these beliefs often doesn’t matter—pride or the steadfast need to be right—trumps logical thinking.

Clearly this isn’t a simple case of a policeman physically restraining a foreign national on his own property. There are a myriad other elements that need to be considered—the fact that the police were inside the posh village upon the invitation of the barangay officials; whether it was acceptable for them to admonish the helper who was watering the plants without a mask but was still well within the vicinity of the house; the fact that the homeowner admitted to drinking while yelling at the officers, what finally drove Madrona to abandon his composure and become physical with the Parra; just to name a few. We’ll leave these things for the authorities to figure out and, eventually, to serve as basis for any subsequent actions for or against any of the players.

But what we are hoping for is for us—citizens in the comfort of our own homes, mindlessly scrolling through our phones while we count down the days until the virus is defeated and we are released from the grip of this quarantine—to become more circumspect with the way we react to news designed to elicit our most primal emotions and instincts.

We have every right to voice out our anger and frustration and call out incompetence and arrogance if we so choose, but we should do so only when we have the facts at hand, or as much of it is available, at least. It’s difficult, we know, but we should at least try not to shoot from the hip and risk embarrassing ourselves, or worse, spew forth bile against people we barely know in situations we hardly understand.

That might be too much to ask but here’s hoping. 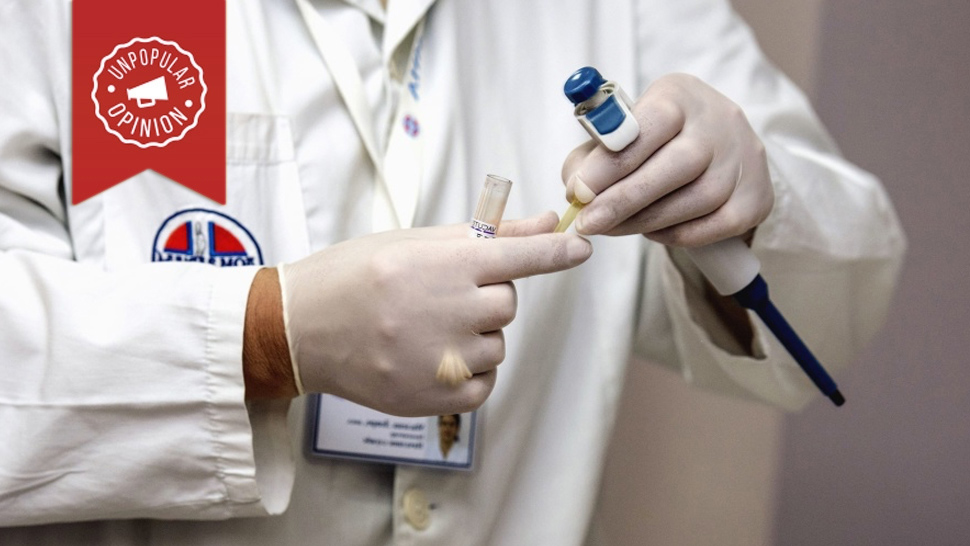 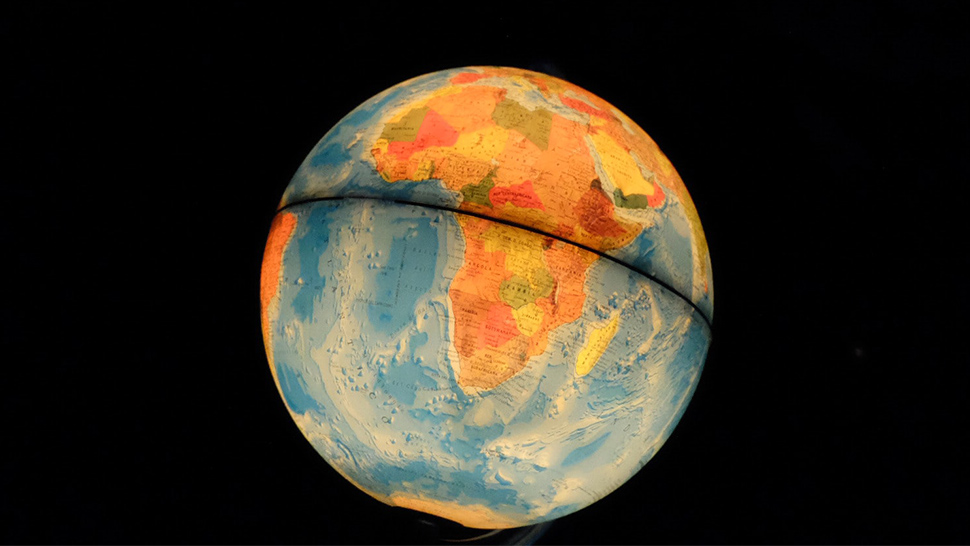 Fear or Solidarity: What Happens Next in the Post-Pandemic World?
All Photos
Comments
View As List