Feeling The Pre-Love: The Rise And Rise Of Depop

Every day, 140,000 items are made available to the 15 million customers on the social shopping app. 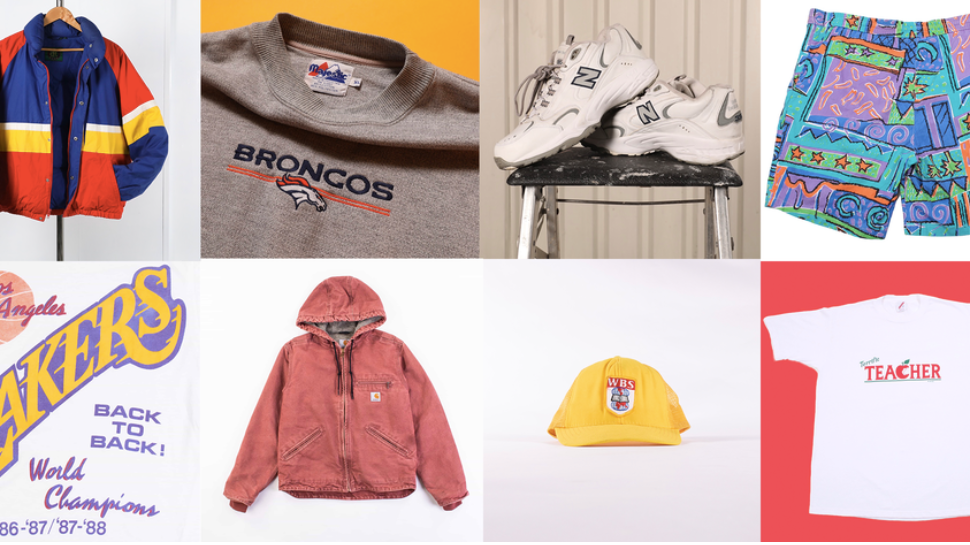 “Is there a Depop look? I think you just need to look around this office and you’ll see what it is.” Simon Beckerman, founder of the successful online fashion marketplace, spreads his arms to take in his company’s Shoreditch HQ, with its exposed brick walls, disco balls, house plants, and gentle techno soundtrack.

With more than 15m registered users in 147 countries and 140,000 new items added each day (the company takes a 10 percent cut from every sale), the Depop “look” could be described in many ways. Based on the clothes worn by the young, trendy and extremely online employees — many are sellers recruited from within the app — as they tap away at laptops on leather arm-chairs, it’s an aesthetic that features light-wash denim, white trainers, athletic socks, vintage band T-shirts, oversized sweatshirts, bleached hair, and leopard print. Lots of leopard print.

Beckerman, who is half-British and half-Italian, bears a passing resemblance to Andrea Pirlo, the Italian footballer; his brown hair flecked with grey and five days of stubble on his face. He originally came up with the idea for an app that would serve as a social network and marketplace for his Milan-based fashion and music magazine, PIG, which he co-founded with his brother.

“We had this idea where you could shop an item online, straight from the magazine and people could chat and negotiate inside the app.” He launched Depop, a name which, according to him “doesn’t really mean anything” in 2011 as an “online flea market” that feels like a combination of eBay, Etsy, Instagram, and WhatsApp, where sellers act as their own PRs, copywriters and creative directors.

Buyers follow their favorite accounts, both for their aesthetic and the “pre-loved” (the brand’s preferred term for secondhand) clothes they sell, using the in-app messaging system to haggle. Depop now has hundreds of staff across offices in London, Manchester, New York, Los Angeles, and Sydney. Some sellers make six figures annually, using Depop to pivot into lucrative YouTube and Instagram influencing gigs.

“Ten years ago, everyone was telling me, ‘Apps are not going to be the future, what are you doing?’” Beckerman says. “I actually had no idea how to design one.” He started asking around and was eventually introduced to H Farm, a Silicon Valley-style incubator based in Venice.

“They helped me to both design and develop the app, and also financed it and put me into a circuit of investors. I spent a year closed in a little house in Venice with four people, designing the app in the day and drinking spritz in the evening,” he says. “At the start, I didn’t even know the difference between front-end and back-end software. It was a challenge to say the least.”

Beckerman recalls meeting a fellow Italian at a recent industry event. “He was telling me he liked Depop and mentioned his own teenaged daughter no longer wanted anything from his brand because she enjoyed digital thrifting so much. I had no idea who he was, so I asked which company he worked for?” It turned out to be Marco Bizzarri, the Gucci president and CEO. “I just started laughing, I couldn’t believe it!”

A mood board at Depop’s Shoreditch HQ, a space the company has occupied since October 2018

In Northern Ireland, Jon-Joe Rogers is a preferred seller on Depop with 65,000 followers.“Look at these jeans!” he says, pointing to a pair of Levi’s hung on the white-bricked wall of American Madness, the vintage store he owns in Belfast. “They’re size 72! Given to my dad by some dealer in Los Angeles back in the Eighties.”

Rogers is 24, tall, with swept-back blond hair, a wispy mustache, and an easy manner. He could pass for your typical vintage enthusiast in a plaid flannel Fifties’ logger jacket, wide-leg jeans, and scuffed black Dr. Martens monkey boots. The only clear symbol of material success is a stainless-steel Rolex Submariner glinting on his left wrist.

American Madness, which opened in 2018 in an old paint factory on Belfast’s east side, has an interesting backstory: its first iteration was started in 1981 by Jon-Joe’s father, John, in the city’s center; it was very successful, leading to four more outposts across Ireland before it closed in 1998. “I wasn’t interested in vintage until a few years ago,” says Rogers. “I ended up living in Vermont for a bit after uni because I didn’t know what I wanted to do, I was just hanging out.”

Then he noticed that, in the vintage stores of rural America, you could buy old Carhartt chore coats and Champion sweatshirts for very little and make a profit selling them on Depop.

“After a few months, I decided to bring back American Madness as a Depop store,” which led to the reopening of the bricks and mortar business. “My dad introduced me to a lot of the same old-school American dealers and pickers [vintage scourers] he worked with. I had to pretend to be him to get a few of them to do business with me.”

He now has a dedicated website, along with the Depop store, which can have hundreds of items listed at a time. “I’ve sent some stuff to Guantanamo Bay. They must be into our military gear.” The physical shop opens on Saturdays, when local kids flock to hang out. “This all sort of happened because of Depop,” he says.

The secondhand fashion market is a £19.5bn industry and is, according to retail platform ThredUp, expected to double over the next five years, global health crises notwithstanding.

Depop — like its contemporaries The Real-Real, Grailed, Poshmark, and Vestiaire Collective— has capitalized on a desire among young consumers to shop vintage: 90 percent of Depop’s users are under 26. Despite its “outsider” status, Depop has recently found success working with some of the guardians of traditional retail, broadening its demographic and age appeal in the process. There was a pop-up with Selfridges last year and another with Ralph Lauren in Soho. When I visit its office, a group of creatives is busy putting the finishing touches to a collaboration with Vans to be released later this year.

A look from the Ralph Lauren x Depop collaboration

“When we launched our partnership with Depop, we wanted to house a space where our customers could discover the marketplace phenomenon and the culture it’s founded upon,” says Bosse Myhr, Selfridges’ director of menswear and womenswear. “We definitely see a future where independent sellers work in partnership with Selfridges. Depop serves as an incubator for emerging talent and provides a platform that we are able to amplify.”

The Ralph Lauren pop-up, titled Re/Sourced, featured 150 pieces from the brand’s archive, many of which were sourced by Adam Milnes, a 30-year-old former stonemason from Bristol. He is a long-time Ralph Lauren aficionado and the owner of the Depop account The Joint Store.

“I quickly realized that being on a building site wasn’t for me during the winter,” says Milnes, who has traveled from his home town to meet me. A small beanie is perched on his head, an earring dangles delicately from his left lobe. He’s wearing vintage Armani trousers. “I love Italian clothes.” He has collected Ralph Lauren for nine years. “It started off with an Oxford shirt I found for six quid in a charity shop. Fast-forward to now and I’ve got bone china, baby’s clothes, women’s clothes, frisbees, accessories. Mad stuff.

“I used to work in a streetwear store and I’d see all these people spending lots of money on subpar products. It’s a much easier pill to swallow when you buy vintage off somewhere like Depop for an item that was made in Italy or America in the Eighties or Nineties and for a fraction of the price compared to new.”

Milnes was recruited by the brand after he offered up some of his impressive collection for an event, which happened to be sponsored by Depop, at a resale store called Jacob’s in Bristol last year. “It was cool, there was a DJ, I made some good sales,” he says. “After the event, I was approached by a community leader at Depop. I then got a message asking me to fill out a questionnaire, as they were working with a ‘major brand’, which led to me being asked to work with them on the Ralph Lauren project. I was dragged off a building site, turned up in this office and I think I ended up providing 90 percent of the inventory for the pop-up. They had the faith to just get me in.”

If the vintage business doesn’t work out in the long run, Jon-Joe Rogers would make a very entertaining Belfast tour guide. I’m in the front seat of his VW Golf as we cruise around the city, the sky a deep, dull grey as February draws in. “That’s where the Titanic was built, we’ve milked that one for all it’s worth,” he says, gesturing to the towering, canary-yellow cranes of the Harland & Wolff shipyard. Then, with sardonic pride: “There’s the least successful Ikea in Europe! Actually, that might not be true, but my friend works there and claims it is.”

We pass scores of murals featuring balaclava-clad figures toting automatic rifles and messages calling for justice and remembrance scrawled on the sides of terraced houses painted in shades of nicotine. We turn onto the Shankill Road, famous as a loyalist stronghold during the Troubles. You’d be hard pressed to find a place that feels less like a fashion hub.

“That’s what I like about Depop,” Rogers says. “It’s shown that you don’t necessarily have to be in London or Paris to be a success anymore. Fashion has become sort of... borderless, and I think that’s good. It’s shown anyone can do it.” 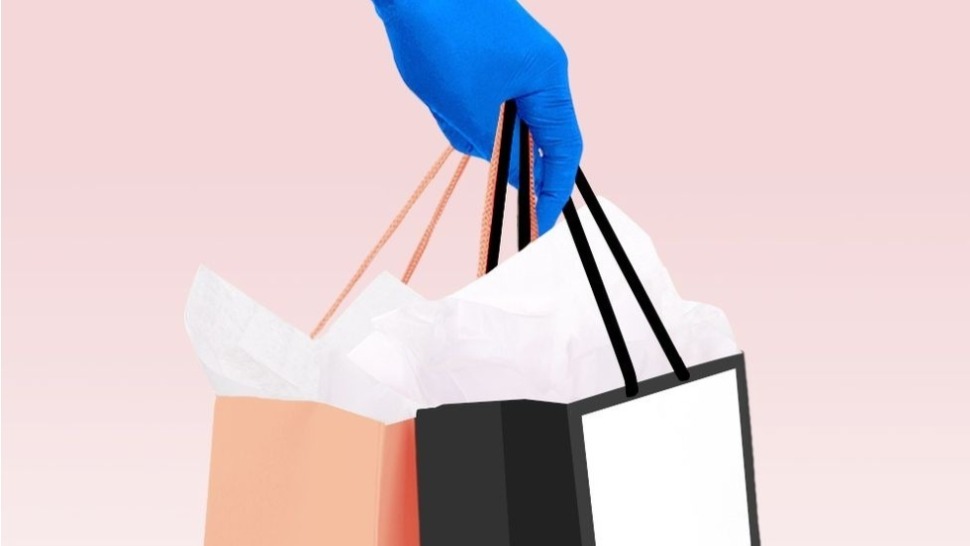 Here's How to Shop Safely in Person During a Pandemic 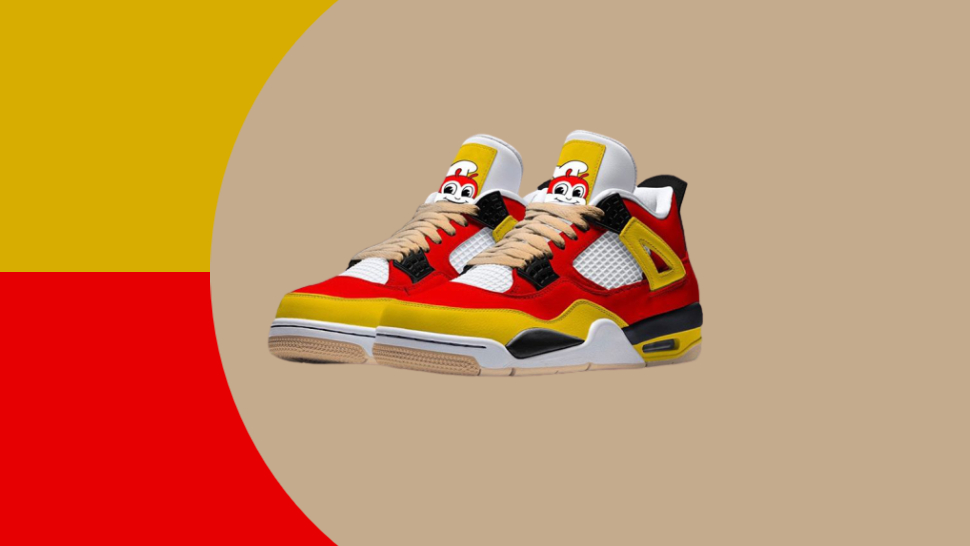 Would You Wear These Jollibee-Themed Nike Air Jordans?
All Photos
Comments
View As List