The visual artist is going places. 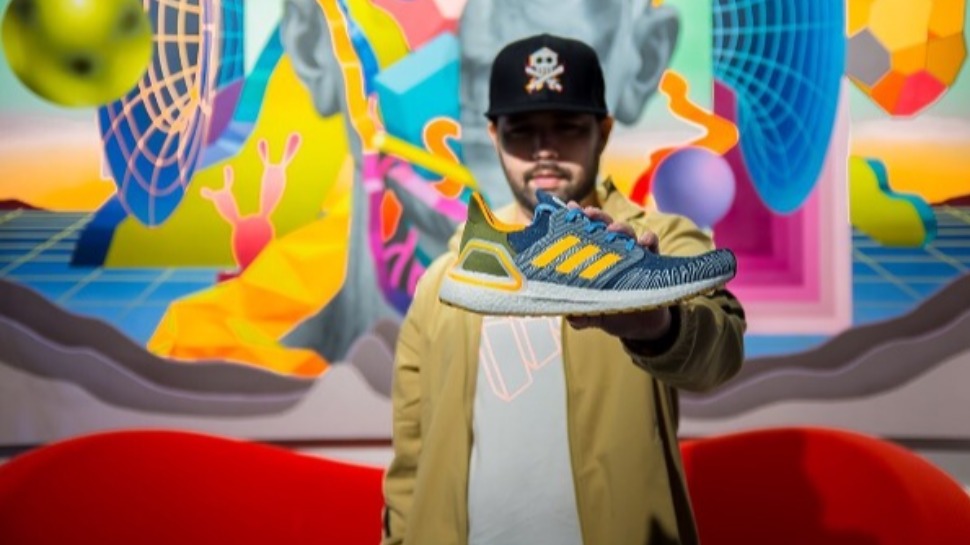 I first met Gregg Guleserian, or the visual artist more famously known as Egg Fiasco, back in 2009. I was working as an intern for another magazine at the time and I was helping out with a shoot for a story featuring the then up-and-coming graffiti artist.

We drove around Manila with Guleserian, discovering spray paint-covered walls he had worked on earlier in his career, mostly around the Morayta area where he had briefly gone to school at Far Eastern University. That afternoon was a visual tour of colorful images mostly featuring the artist’s beloved primate, Gorio.

“The monkey is my alter ego,” he says. “I enjoy doing the character because it reflects my personality. I like monkeys because they look a lot like humans and they’re witty, they’re survivors, clumsy and mischievous at heart.”

Guleserian grew up in Iloilo and moved to Manila in his sophomore year of high school. He had always enjoyed drawing even as a kid and as fate would have it, he met a neighbor who was an animator when he made the move to the big city.

The birth of Egg Fiasco

“I worked part-time in an animation studio then in college. I took up fine arts in advertising but didn’t really pursue it. Naging interesado ago sa underground culture like street art and graffiti,” Guleserian shares. “I then got into tattooing first as an apprentice for half a year, then as a tattoo artist for about three years. That was my first job out of college.” He credits a lot of his imagination to his childhood days in Iloilo and having grown up with nature. Manila just took his craft to a whole another level when city life introduced him to street art.

Guleserian remembers a classmate who used to make fun of his name back in school. “When I was introduced to graff, we needed to come up with a street name or alias because, you know, graffiti’s illegal,” he recalls. “Naisip ko na Egg would be funny and it’s such a positive word. Egg is a symbol of life!” He started using the word in some of his works and alternated it with the moniker Fiasco in others, until friends who did letter-style graffiti made him realize he needed to come up with a name that he could better style with. He ended up putting the two together.

“Egg is positive and Fiasco is negative. I created for myself a sort of yin and yang balanced name. It sounded silly also.” Equally as head-turning as Guleeserian’s brand are his creations over the years which he’s used as his medium to tell his own story of where he’s from and what he’s been through.

That afternoon we spent with Guleserian, exploring Manila’s walls he had brought to life with his colorful creations, was more than 12 years ago and nobody in that car could ever have guessed what his next canvas would be in the year 2021. Not even him.

Southeast Asia is teeming with culture and tradition. Even with the many languages and vernaculars that its many peoples speak, a common truth they all understand is that there is a greater, better future to hope for. Adidas celebrates one of the region’s many treasures, its talented creators with a brand new collection.

Along with Guleserian, Adidas has tapped some of Southeast Asia’s best local creatives: Yeri Afriyani from Indonesia, Jaemy Choong from Malaysia, Eman Raharno Jeman (Clogtwo) from Singapore, Tanit Likitthamarak from Thailand, and Le Thanh Tung (Crazy Monkey) from Vietnam. The result is the City Pack which reimagines the bestselling Adidas UltraBOOST DNA silhouette interpreted in these artists’ own design languages. The six-sneaker collection mashes up the well-loved shoe with hyper-local signatures together with unique design and meaning to tell the artists’ own stories from their side of the world.

“We want to empower our local creatives from across Southeast Asia by providing them a global platform to be seen, to be heard, and to express how they see the world differently in their designs,” says Adidas Philippines Brand Communications & Sports Marketing Manager JD Cortez

“The UltraBOOST has always been a first and the pioneer in winning the hearts of consumers all around the world, changing the way they see and feel running,” Cortez shares. “With City Pack, we’re bringing back the UltraBOOST DNA edition, this time for a different reason. We want to celebrate the diverse identities and cultures in the region by creating meaningful designs that represent those very identities in a well-loved silhouette that consumers journey in.”

The choice of sneaker to remix was fairly easy to make and who from the Philippines would give it a new spin to has been a secret the brand has successfully kept under wraps since 2019.

“The UltraBOOST is iconic and the art of Egg is very true to its DNA,” Cortez says. “The brand wanted to reenergize the silhouette and we wanted to highlight the best of the best. Egg was perfect for something hyper local. We wanted someone authentic. He’s a perfect fit with Adidas because of his talent and his integrity as an artist in the Philippines.”

For a long-time Adidas fan like Guleserian, who favors the Campus and Samba in his on-feet rotation, being chosen for the project was an absolute dream come true.

“I was really surprised,” he says. “I was so excited to finally do a collaboration with a brand I’ve looked up to for so many years. It’s such a big deal.

“The designs we worked on treated the shoe like a blank canvas where we could apply elements of my work: jumbled patterns, textures, and bright color pops,” the artist adds. “Although I treat it the same like with my artworks, we respect the aesthetic of the shoe and how everyone can wear it their own style.”

Just like the reason behind his unique name, it was all about finding balance when he was creating his three-striped collab. “I came up with five different designs and the design that Adidas chose is about childhood memories inspired by video games,” shares Guleserian, who was addicted to Mario Kart and has vivid memories of playing Street Fighter, Mortal Kombat, and Contra back in the day.

“I was very influenced by them visually,” he says. “Tumatak talaga yung video game graphics and unconsciously, nadala ko sya sa art ko. I work with a team and we all experienced the excitement and joy of playing video games so that became the starting point.”

Items such as virtual ‘potions’ and ‘elixirs’ that gamers typically use to regenerate their in-game health served as inspiration for Guleserian, who mixes in pops of orange and gold, colors also based on his previous artworks, contrasting with the shoe’s olive heel and navy upper as a nod to video game culture. The custom sockliner features Gorio mimicking video game design language. The shoe also features a Primeknit upper, which provides superior support and hugs the foot; a durable Stretchweb outsole with Continental rubber; and Boost technology that provides an extremely comfortable ride whichever city you choose to take on.

In time with the introduction of the UltraBOOST, the brand has also just recently opened the doors to its expansive new Adidas Brand Center located on the second floor of Glorietta 3 in Makati. Cortez has more good news for fans of their collaborator.

“We’re happy to announce that Egg will be the first artist to be highlighted in the MakerLab,” he shares. “On top of the shoes, we’ll also be experiencing his other art pieces. From his monkey logo to patches that he’ll be making to customize your shoes. That’s something exciting because the MakerLab is a platform where consumers can have customized products made to their want.”

The shoes already look great right out of the box but here’s a little bit extra to make it more your own.

Egg Fiasco’s creation along with the other pairs from the Adidas UltraBOOST DNA City Pack retails for P10,000 and are now available at the website and select Adidas stores. 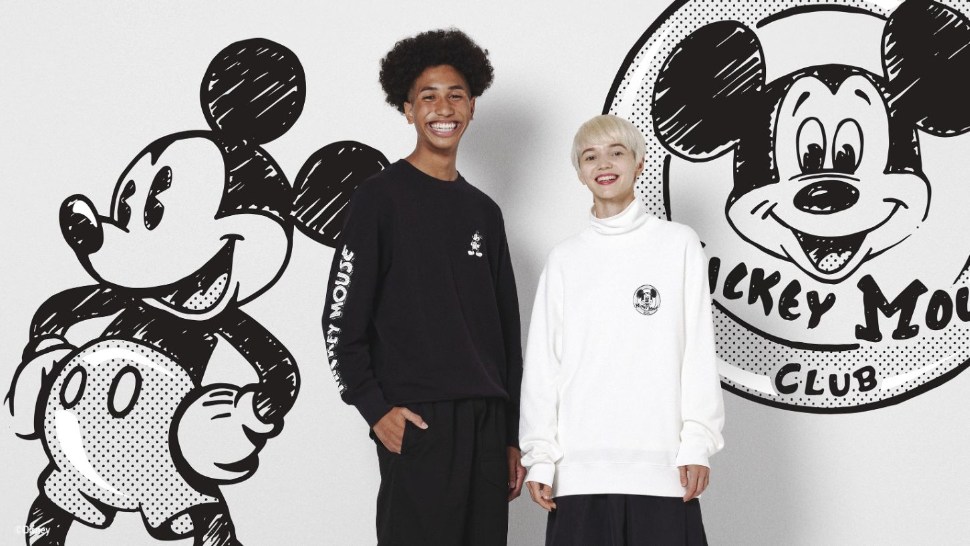 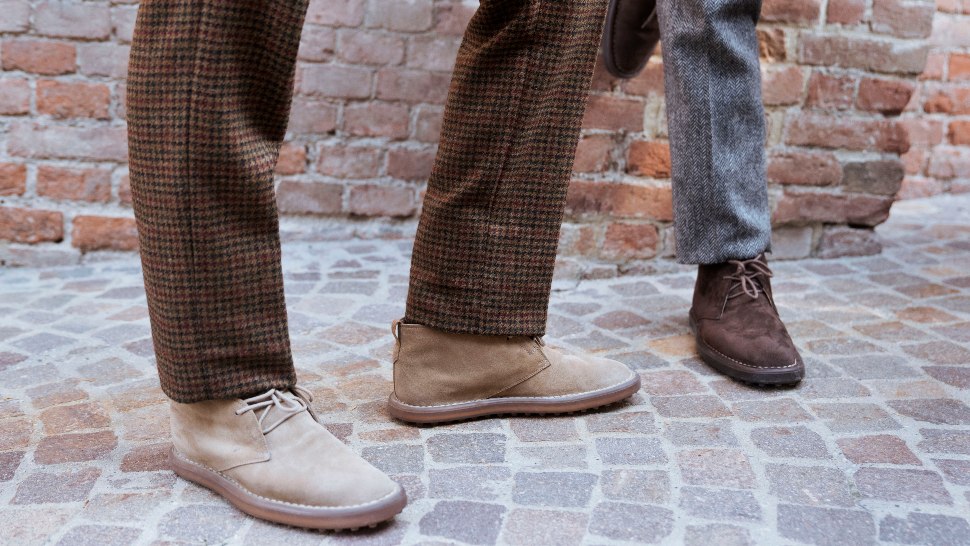