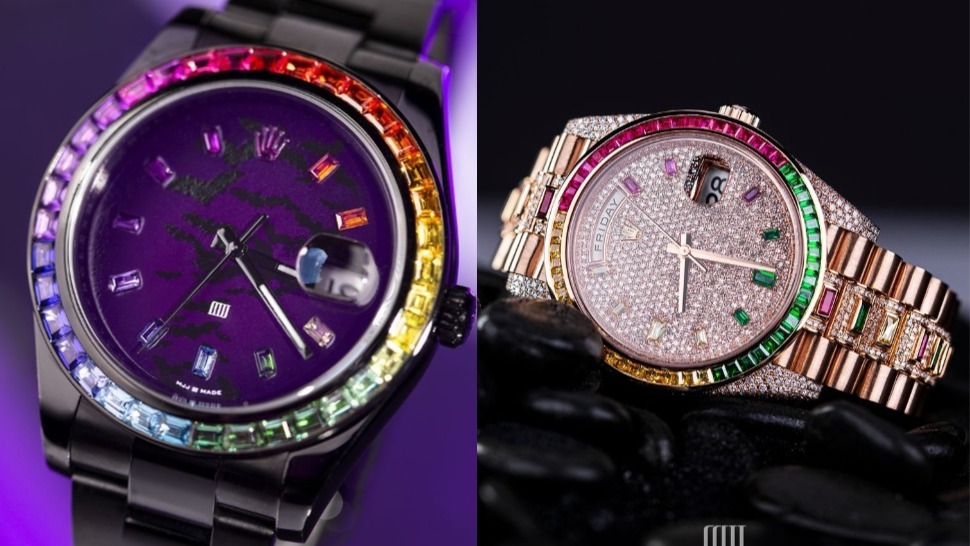 In the strange, rarefied, and moneyed world of elite football, a luxury watch is, like a Lambo or Louis Vuitton wash bag, a required totem of young, rich, and conspicuous success. Yet, for the best and boldest in Europe, your run of the mill Big Bang, Nautilus, or Submariner just won’t cut the Colman’s. They're after something a little more unique. That's why the player with £125,000 a week (and the rest) burning a hole in his pocket will likely contact Matthew J. Jones: a man in his early thirties with slicked back blonde hair, a black leather jacket, and a monopoly on the wrists, necks, and solid gold iPhones of the Premier League and beyond.

“We don’t just sell to footballers,” says Jones over Zoom, the man behind the MJJ Exclusive brand, where a £200,000 custom Patek is all in a day’s work. There are, of course, the Knightsbridge playboys, Saudi royals, and under the radar millionaires, but there are also a lot of footballers – and Jones knows just how to cater to them.

“I’d say 95 percent of our business is to order,” says Jones. “A player will come to us and we can create pretty much anything they desire. We’re actually working on a world first at the moment, a watch that is made completely out of sapphires.” He won’t name the player (yet), but reveals that he is “one of the biggest in the Premier League” and that he has 15 million Instagram followers. “This guy is one of the few who would say, ‘Let’s just do it.’”

“I’ve learnt that if you look after players, they’ll look after you,” he adds. “We speak to these guys every day on WhatsApp. We know if their girlfriend’s birthdays are coming up, we know if their mum's birthdays are coming up. We can preempt them if we start creating projects that they might want.” Jones estimates that the company receives 20 to 30 new inquiries each day to its dedicated customer service liaison team.

Despite a client list that includes Nicolas Pépé (a blacked-out Patek Philippe Aquanaut); Gabriel Jesus (a solid gold iPhone with his own likeness engraved on the back, of course); Roberto Firmino (a custom HYT and gold Rolex Sky Dweller, plus plenty more); Luka Modric, David Silva, Sadio Mané and Ousmane Dembele, it wasn’t Madrid or Munich where Jones got his break — it was in Norwich.

Having grown up enmeshed in the game (his father is Mick Jones, a former Derby and Leeds player and Sheffield United and Leeds assistant manager), Jones started out in 2012, when a friend offered to split the profits on some watches if he could sell them. Some calls around the league lead to Grant Holt, the granite-built Norwich big man with the sharp elbows and thumping headers. He wanted a Hublot, Jones had a Hublot, from there he became something of a fixture in the training grounds of Premier League clubs, an internet-era traveling salesman peddling his gold, silver and stainless steel wares, the teams' top scorers in his contact list and Twitter DMs. “When players move clubs, they’ll say, ‘have you heard of MJJ?’” says Jones. Okay, I say.

After a few years of re-selling factory stock watches, Jones wanted to level up his business to bespoke orders, noticing how clients wanted pieces that stood out, that were bigger, better, more diamond-ier than their peers. He hired a team of designers, artists, renderers, and rare watch procurers. “We have watchmakers here so we actually assemble the watches in-house, we create the boxes and hand paint the dials. It all depends on exactly what level of customization or creation a client needs.

It was Mauro Icardi, the former Inter Milan captain and current PSG striker, who brought MJJ’s bespoke outfit to the attention of the top tier European dressing rooms. “I got a call from Icardi and he wanted 25 diamond Rolexes,” says Jones. “We added initials, coloring, the full diamond set for the entire team, they loved it! Off the back of that there was a kind of spiral of customers asking for the bespoke treatment. We're using different precious stones and different colors and different things that people wouldn't normally risk.” Jones has found that players are now after neon watches and all-white pieces. MJJ has recently refined a technique in which the metal of the watch is stripped back, allowing it to be coated in all-white.

While it’s hard to quantify its exact value, the pre-owned watch sector (which includes bespoke) is, according to WatchPro, estimated to be worth £12.5 billion a year, as the insular world of luxury watches becomes more open to customization. “It’s a social media driven market now, says Dean Cook, menswear buying manager at Browns Fashion, which stocks pieces from Parisian custom watchmakers MAD Paris. “You see rappers and footballers with their ever-changing cars, clothes, and jewelry. There are now customers with the kind of money to indulge in these trends.”

For an athlete looking to show off their success, another strength of MJJ is its ability to speak their language. While an outfit like MAD, which has designed unique watches for Virgil Abloh and the Givenchy creative director, Matthew Williams, deal in a particularly Parisian style of taciturnity, remaining steadfastly silent on processes and clients, MJJ is willing to indulge a wealthy young man’s every whim: special photoshoots, videos and ‘behind the creation’ content are included with the package. “We make them look cool,” says Jones. In one from earlier this year, the Bayer Leverkusen and Jamaica forward, Leon Bailey, appears shirtless, his neck adorned with three whopping diamond chains, a 150-carat set, along with gold Cartier glasses and a blinged-out Audemars Piguet Royal Oak. He is a Midas in miniature, all eyes, and high definition cameras, on him. Flexing in slow motion to a generic trap beat.

“That piece was completely crafted by hand,” says Jones of the python-thick chain. “The caging, the little detailing. It’s why we keep getting these crazy orders; these guys know that we can deliver on anything. For someone like Bailey, he’s a young man who has done well for himself. A lot of these footballers, they want to represent themselves. 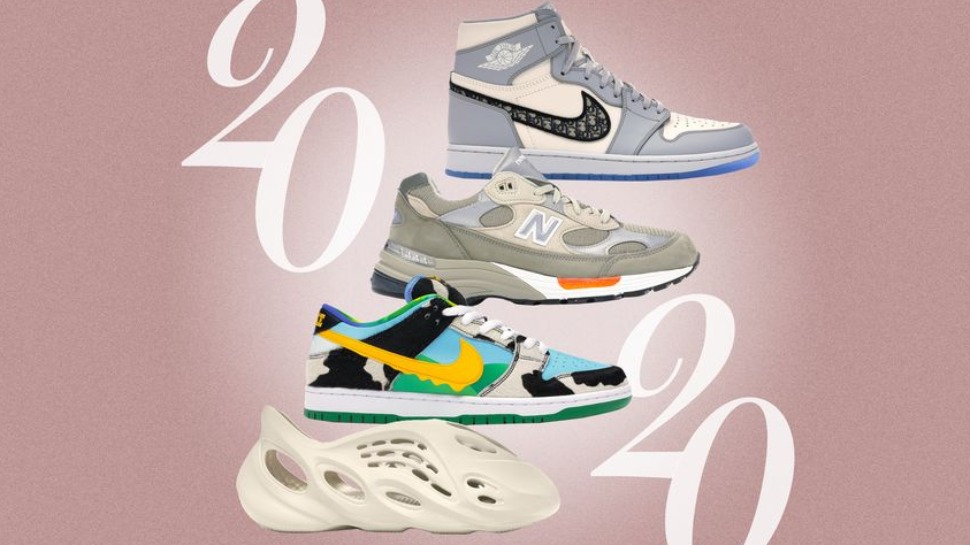 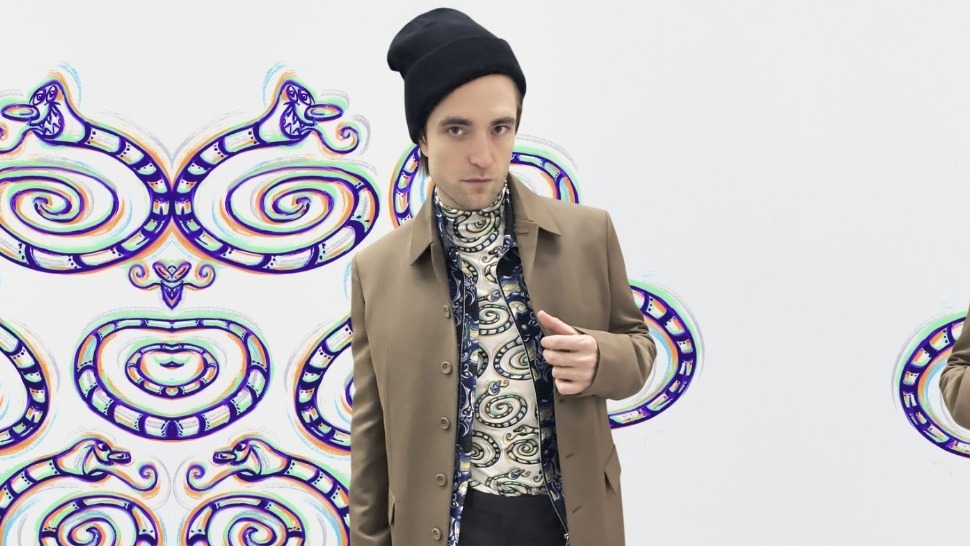