As we welcome a new decade, we look back at the highlights of men’s hair in the past 10 years. 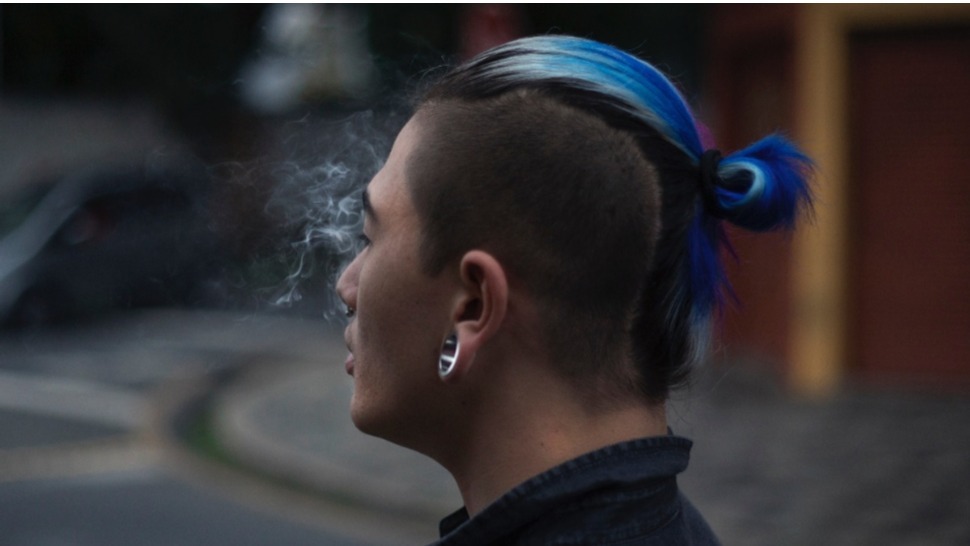 In just a few days, we will be ushering in a new decade. We know what you’re thinking: “Where did the time go?” Somehow, it’s hard to believe that the 2010s will be officially over, especially when most of us still feel like 2019 had just begun.

But despite our misgivings, a lot has happened in 10 years and we have the photographic evidence to prove it: a look at the definitive hairstyles we loved from 2009 to 2019, for better or for worse.

In all fairness, the 2010s was a great time for hair. One thing that has been clear in this decade is the rediscovery of classics styles. The revival of rockabilly haircuts and polished looks happened thanks to several factors:

Many of the young stars of the 2000s came of age in the 2010s and took a keener interest in classic menswear and Old Hollywood styles. Think Ryan Reynolds and Ryan Gosling, as well as a post-Disney Zac Efron.

This hair revolution also happened after the stylistic portrayal of shows and movies such as Mad Men, Suits, and The Great Gatsby, all of which had men tossing out their hair gel in favor of pomade.

Aside from polished retro looks, the decade also gave way to edgier styles, which are attributed to the rise of hipster culture—only time will tell if the man bun is something we wouldn’t regret 10 years from now.

We’ve gone through 10 years’ worth of hairstyles, and we can only speculate what the next decade will bring us. Take a stroll down (hair) memory lane with us.

The tail end of the noughties was the post-emo and pop-punk era, hence the proliferation of nape-grazing lengths, flipped fringes, and middle parts. From relaxed surfer tresses to adolescent-friendly mop tops, it was all about the hair lengths that may get you in trouble with the principal or the HR department.

Medium-length and shaggy, the side-swept mop top was the definitive hairstyle of the year, as seen on Hollywood’s hottest young stars. Think Justin Bieber during his Baby phase, Zac Efron who was fresh off the High School Musical franchise, and Ian Somerhalder in Vampire Diaries.

While G-rated heartthrobs donned shaggy tops, poster boys who fell on the edgier end of the spectrum wore the tousled bedhead. They looked they just stirred from their beds and never bothered to face the mirror, but the opposite likely happened as this hairstyle is achieved with lots of putty. Prime examples included Jared Leto and Robert Pattinson, the latter of which had just come off New Moon.

The beginning of the 2010s saw a shift from the post-emo hairstyles to spiky faux hawks and wild textures. This messier update on the 2005 faux hawk demanded to pull your hair upward and toward the middle. Think Cristiano Ronaldo and Twilight star Taylor Lautner, who arguably had his moment in the early 2010s.

After the shaggy lengths and textured, carefree look of the previous years, 2011 introduced the seeds of style that would later define the decade. The blow back started the movement toward height and a more polished look. This is the earlier iteration of the modern quiff.

The other hairstyle du jour of 2011 was the designer crop. The short, choppy hairstyle almost teetered into buzz cut territory, but had less of the buzz’s utilitarian look. Several stars sported the look, notably Zac Efron, Hugh Jackman, and Justin Timberlake. Common elements of the cut include clipped sides and a top that creeps a little beyond the forehead before morphing into man-bangs.

Peaked and polished haircuts—a styled top with clean and cropped sides—charged ahead in 2012. The side crop took the eye-grazing fringes of the noughts and styled them upward and toward one side. David Beckham wore this hairstyle on the January 2012 cover of Esquire U.S.

The brushed-back and top-heavy quiff reached mainstream consciousness as stylish savants walked down the streets with variations on the style. Even the Biebs swept his hair upward in a last-ditch attempt to evolve his image—before the tattoos, of course.

The Deep Side Part

With stylish movies such as The Great Gatsby fueling interest, the year saw the rise of both classic, rockabilly-inspired haircuts and old-fashioned tailoring. From the shags of the years prior, men moved to the sleek, styled, and polished as seen in Leonardo DiCaprio’s hair, a side part that harked back to Cary Grant.

Further exemplifying the return of retro haircuts is the popularity of the ’50s-inspired executive cut. The clean-cut style was worn by stars such as Chris Pine, Ben Affleck after his success in Argo, and Hunger Games actor Liam Hemsworth.

The man bun broke away from “dapper culture” and was popular among the hipster set. This style was pretty ubiquitous throughout the year, with the tiny top knot seen on practically every startup founder, musician, and third-wave coffee enthusiast. Hollywood bad boys such as Jared Leto, to whom its popularity is credited, a post-1D breakup Zayn Malik, and Colin Farrell also wore the style.

The undercut was a generally popular hairstyle throughout the 2010s, yet 2014 was when the hairstyle really shone, as sported by the likes of Adam Levine, Ryan Reynolds, and Brad Pitt, who wore the hairstyle in his film Fury. Slick and stylish with just the right amount of edge, it was the perfect hybrid between retro haircuts and urban subculture.

The pompadour continued to be popular, but it wasn’t until this year that the hairstyle really hit its stride, especially with the entry of new-wave barbershops in Manila. This coincided with the style moves of the well-groomed such as JT, Chris Evans, and Brendon Urie.

Ryan Reynolds’ clean yet uneven hairdo was also one of 2015’s most requested hairstyles. A cross between a Caesar cut and a faux hawk, the short textured haircut was for those who want to appear more rugged.

The Brushed Back Pompadour

The pomp continues its popularity, but in a more lackadaisical manner that’s reminiscent of James Dean. The 2016 version is all about height and swoop, with a longer style and looser hold. Harry Styles nailed this ‘do with height, a brushed-back look, and modest shine.

The utilitarian buzz cut will never go out of style, simply because it’s the go-to of many who can’t be bothered with upkeep. Still, that doesn’t mean it didn’t have its moment, with the crop seen on the likes of Jamie Dornan and Kanye West, who even dyed his buzz cut.

The French crop, a younger, trendier version of the classic Caesar cut, became one of the most requested hairstyles in 2018. Tapered and longer than the usual Caesar, it featured a textured top falling toward the front of the head and accentuated further by flawless fades on the side.

From a coiffed, high-and-tight obsession in the mid-2010s, we embraced loose, medium lengths and natural textures this year. Carefree tendrils and waves graze temples, providing a reckless yet introspective vibe. New stars like Timothee Chalamet and Shawn Mendes are making the case for the style in Hollywood, while those taking the charge locally include the likes of Jericho Rosales and James Reid. 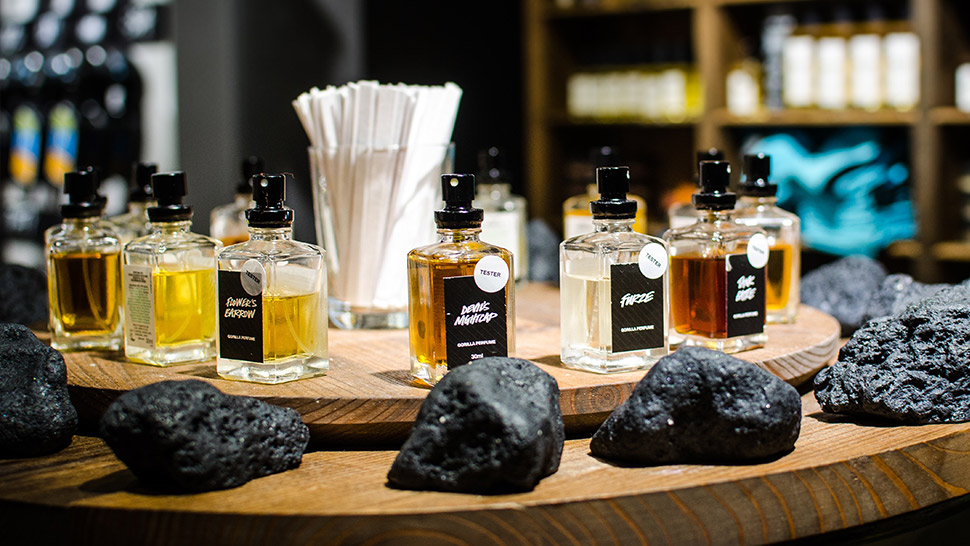 The 7 Fragrance Mistakes Men Make (And How To Avoid Them) 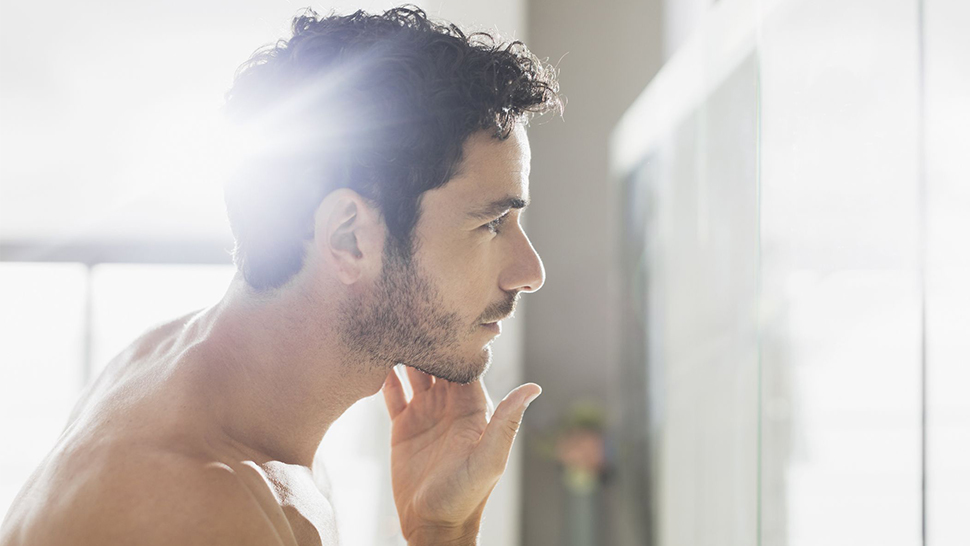