Okay, Computer: A Roundup of the Best Men’s Digital Watches

If you’re a digital soul in an analog world or prefer to glance at blinking numbers over sweeping watch hands, here’s a lineup of digital watches that keep it simple, sporty, stylish, and retro-cool. 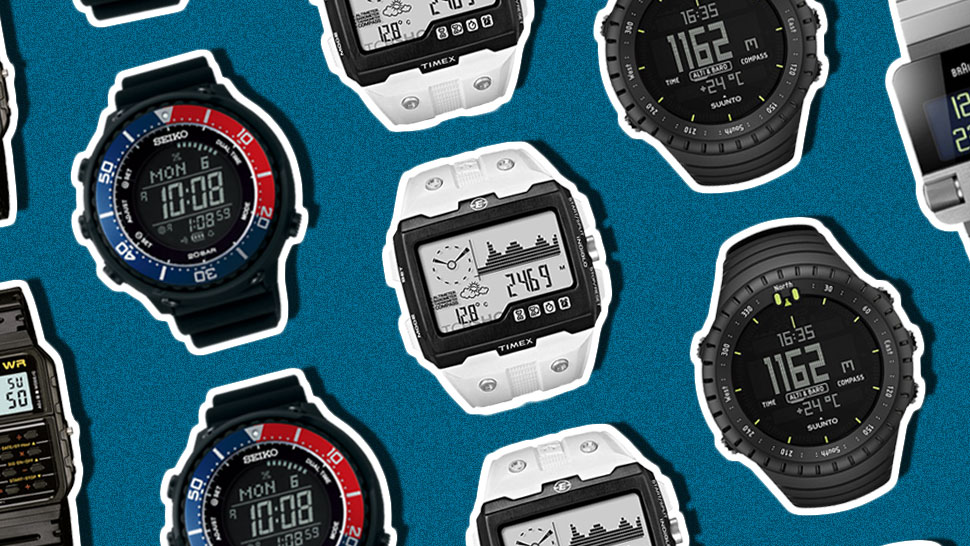 Watch snobs might turn their noses up at digital watches, but hear us out: Every well-rounded collection deserves that so-called “beater watch.” We’re talking about the one you wear on days when you’re doing manual labor or errands, the one that can take a literal beating, the one you want on your wrist when you’re running a Spartan Race or an Ironman, that won’t weigh you down with its preciousness or heritage or price tag, or that, frankly, you won’t really care too much about if it one day inevitably just conks out and gives up on you or gets a well-earned scratch or two.

And when you’re on the hunt for that watch, might we suggest you look toward the digital watches on this list—as just because you’ll pick it up on a day when you don’t want to think too much about the watch that you’re wearing, you’ll still want it to stand up to the heat and look unabashedly cool.

A digital watch would be the ideal companion for all of the above-mentioned circumstances, but of course, we’re still going to recommend the best of the best. Here, a list of digital watches with features and history that even your snobbiest watch friend can respect.

With the ultra-rugged G-Shock and classic Illuminator in its roster, Casio is an all-time great in the digital watch world. But if we had to pick just one for this list, we’ll go with this watch from the Databank line. A surefire conversation-starter, it also offers dual timekeeping, a stopwatch, a calendar, and an alarm. Oh, and of course, there’s the calculator, which its website helpfully suggests you turn to if you are “ever unsure just how much to tip your server at a restaurant.” Here’s our other suggested use: Wear it on a first date to see if she appreciates it, and if she does, she’s cool.

Since introducing Japan’s first dive watch in 1965, Seiko has been changing the game with its Prospex sport watches—and this digital edition, popularly known as the Digi-Tuna, caused a stir when it was launched last year. Created by Yuki Kajiwara of Tokyo design firm Lowercase, it has Japanese efficiency written all over functions that include a timer, calendar, dual time, rotating bezel, and water resistance of up to 200m. It’s solar-powered, too, which takes the hassle out of having to change batteries, an unfortunate inconvenience of digital watches. It’s also available in no-nonsense all-black, but why not pick the blue and red “Pepsi” bezel for kicks?

For the adventurous outdoorsman, the Expedition does pretty much everything you could hope for: equipped with an altimeter, barometer, compass, thermometer, stopwatch, alarm, timer, calendar, dual time zones, and an Indiglo night light, it’s water-resistant up to 50m, and yes, it tells time, too. With a case size that’s 50mm wide, it’s built for maximum visibility, the closest you can get to a widescreen watch. And with all the data it offers at a glance (it was developed with the help of renowned mountaineer Conrad Anker, who insisted on maximum information without having to shuffle between multiple screens), that’s a good thing.

There’s something almost alien-like and futuristic about this all-black timekeeper, with its monochrome look and flexible elastomer strap. But the Finnish brand with outdoorsy roots—the name translates to the Finnish word for “direction” and was founded by engineer Tuomas Vohlonen, the inventor of a production method for the liquid-filled compass—delivers more than just looks and durability. It also offers a compass, barometer, weather trend analyzer, and is preset with the sunrise and sunset times of over 400 global locations. It’s pretty much the Swiss army knife of watches and lives up to its title as a military watch.

Whoever says a digital watch can’t be stylish or elegant, we present this for your consideration. A winner of the iF and Red Dot Design Awards upon its launch in 2012, the clean, minimalist, Bauhaus-inspired look of this timepiece from the German brand belies all the other things it is also capable of. It’s a chronograph, countdown timer, and has a 100-year perpetual calendar in five languages—multiple functions that are exactly the draw of digital watches. But this one doesn’t compromise on quality or beauty, which pretty much makes it perfect, really. 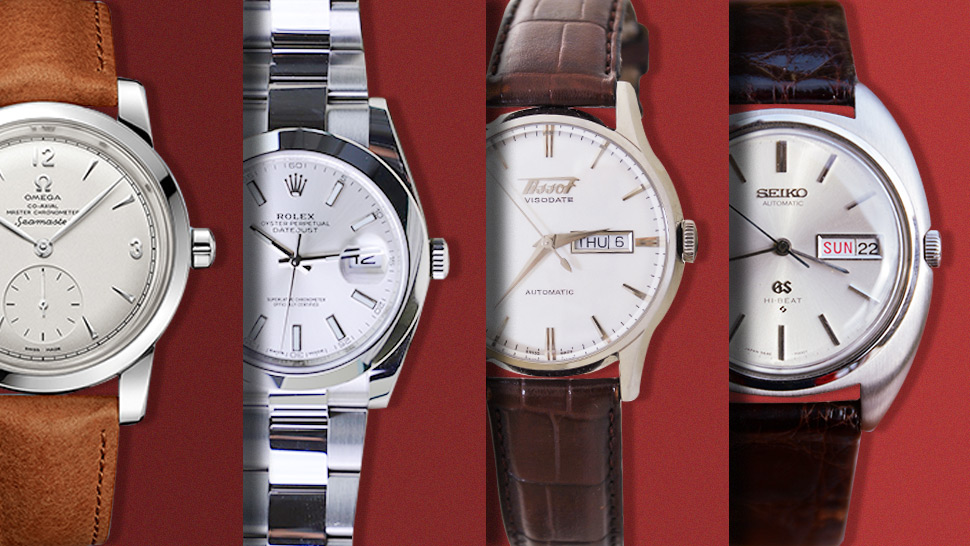 Yes, You Still Need a Watch, And That Watch Should be an Excellent and Elegant Piece from the Longines Master Collection
All Photos
Comments
View As List