“There are no easy answers but we owe it to the future to explore it right?” 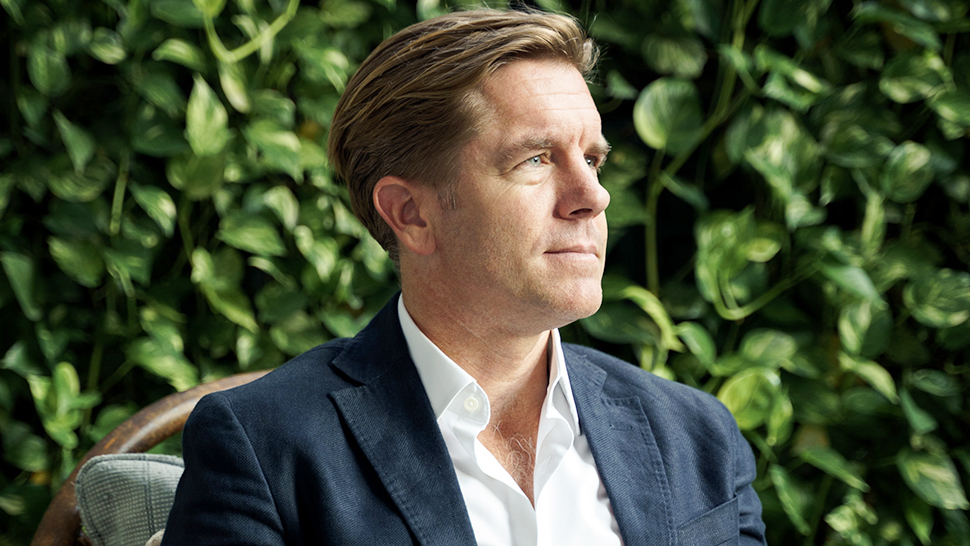 When the Global Climate Strike (GCS) took place for one full week last September, news outlets jumped at the chance to cover the phenomenon. Immediately after the media announced that thousands of people had taken to the streets, the actual numbers jumped to millions.

From the Philippines to London to New York, people were rallying physically and digitally. Awareness spread like wildfire, but as to the tangible effects of the GCS, there isn’t much that can be gleaned. Such a global movement might seem like every journalist’s dream but CNN’s international senior correspondent Ivan Watson would rather take on smaller, but just as relevant stories where the impacts of the climate crisis can be felt.

“I [visited] some of those places where we’re seeing the weather patterns change, where we’re seeing ecosystems threatened or on the brink of extinction… but I think I’ve described things like glaciers, polar ice caps, or the great barrier reef which has suffered a massive die-off in the last couple of years as the canaries and the coal mine of our planet. And all put together, it’s pretty frightening.”

In fact, right before Watson’s interview with T&C took place, he had arrived from a trip to Indonesia where forest fires have been ravaging various communities. According to a report by CNN on this critical situation, more than 328,000 hectares of rich land have been deliberately burned for agricultural purposes, the smoke affecting public health and further aggravating climate change.

Watson has been chasing the story not by counting numbers and measuring the effects but by talking to the people who are actively trying to remedy the crisis. This includes firefighters and the police.

“Hearing from a doctor in Palangkaraya, for example, how they had to create a department to provide oxygen because of the rush of people coming in [due to] the haze and air pollution… Hearing how a police officer tries not to let his two children out of the house weeks at a time because the sun had turned red because of so much pollution…”

It’s hard to imagine blue-eyed, blond-haired Watson roughing it out in the smoky red planet that Indonesia was becoming, but as a reporter, he’s covered intense situations many times before and witnessed tragedies of massive proportions. Watson is based in Hong Kong and when the anti-extradition bill protests broke out months ago, it seemed like it was only natural for him to take to the streets to cover the movement. He has also reported on the Haiti earthquake, the U.S.-led overthrow of the Taliban in Afghanistan, and the refugee migration from Syria to Turkey. In the decade he has worked for CNN, he’s already covered much ground. Prior to his current CNN stint, he served the organization as a Moscow-based producer in the 1990s right before working for National Public Radio (NPR).

Still reeling from his trip to Indonesia, he passionately shared snippets of his experience and his opinions on tackling the mammoth that is climate crisis. Here are some takeaways from those stories:

The climate crisis is a complex web of problems.

“On one side, there’s the story of how one farmer with just two hectares of land participated in the activities that are adding to the air pollution, that he would burn off forest over his land so he could plant land and then cultivate crops that would allow him to feed his children chicken for the first time, to buy a motorcycle for the first time. And I think it helps illustrate the tension between development and practices that hurt our environment and contribute to climate change but also people have to eat. And there’s not an easy answer to this.”

As with all kinds of crises, the forest fires in Indonesia are a multi-faceted problem without a one-size-fits-all solution. The case of the farmer who has to raze his land to feed his family is a prime example of that for it represents the perennial tension between people, planet, and profit. But recognizing this complexity is a good start.

“I think it’s very easy to sit very far away and say ‘Why are the Indonesians chopping down all their rainforests?’ or ‘Why does China have all these factories that are polluting the air with coal-fire powerplants?’ [when] maybe some people are getting electricity for the first time.

"It’s messy and it’s hard to figure out. There are no easy answers but we owe it to the future to explore it right?”

Just recently, Watson did a story on storm tracking activities of the Hong Kong Observatory, a venture pitched by his cameraman. Lo and behold, they uncovered a room filled with scientific equipment and other contraptions, but ultimately the data resulting from years of crunching numbers reveal that climate change has severely worsened. That short encounter at the observatory reinforced what some powerful figures deny: numbers don’t lie.

“When you start peeling the onion of climate change, you can find impact stories and examples under every rock.”

When newspapers typically cover macro problems (e.g. government, agriculture, public health), the seemingly ‘small’ human stories get lost in the picture, but these snippets represent the larger reality more accurately than one may think. In the bigger picture, these firsthand experiences indicate man’s most pressing needs.

One voice can make a difference.

“I understand that it can be overwhelming when you feel like you’re one tiny voice and there’s an entire system that’s stacked against you, but I have encountered in my career, moments when I think, ‘Wow one person really can make a difference.’ And actually, 20 people, 200 people, can make even more of a difference and so there’s still room for optimism.”

When asked about his thoughts on the Global Climate Strike, he notes how “remarkable” 16-year-old activist Greta Thunberg was. By ‘tiny voice’ he wasn’t just referring to Thunberg but to anyone who wants to be heard, especially the youth. And if history is any indication, people who bravely voice their opinions are the ones who make an impact.

Make an effort to celebrate the good things.

“The idealism of these young people [in Indonesia] without electricity in a jungle in a camp with no running water and dirty stinging insects for years—it was pretty inspiring and I’d love to share that. On the flip side, that and the firefighters. These are people who are out there and trying to protect their ecosystems and it’s not foreigners coming in telling them what to do. It’s their country. It’s them who are fighting for it. It was really awesome.”

In his lifetime, Watson has seen countless tragedies and unmendable situations, but he admits he would love to cover more success stories. “When was the last time you read a breaking news story where everything worked out? We tend to report on things that don’t work or things going wrong,” he said. He’s on the lookout for stories worth celebrating, stories that will highlight the best of humanity—it’s simply a matter of finding them.

The challenge is to be compelling.

“I think [that] as journalists and as storytellers, it’s a similar challenge to try to make the value of currency interesting or any subject for that matter. You have a challenge of trying to get your audience to say ‘this is interesting.’ And one of our challenges is to tell a story in a compelling fashion without dumbing it down too much or making everything black and white.”

"You have a challenge of trying to get your audience to say ‘this is interesting.’"

Journalist or not, everyone can tell their story in a way that will garner the attention of stakeholders, or at least spread awareness within the circles involved. Watson, however, says that perhaps it isn’t enough to be passionate. When ideals are met by frustrations, it’s good to be “cautiously optimistic” and level-headed. That’s the only way that storytelling can be impactful.

Truly, the climate crisis looms over us with its monstrous web of difficulties, but it’s a David and Goliath story that isn’t without hope. 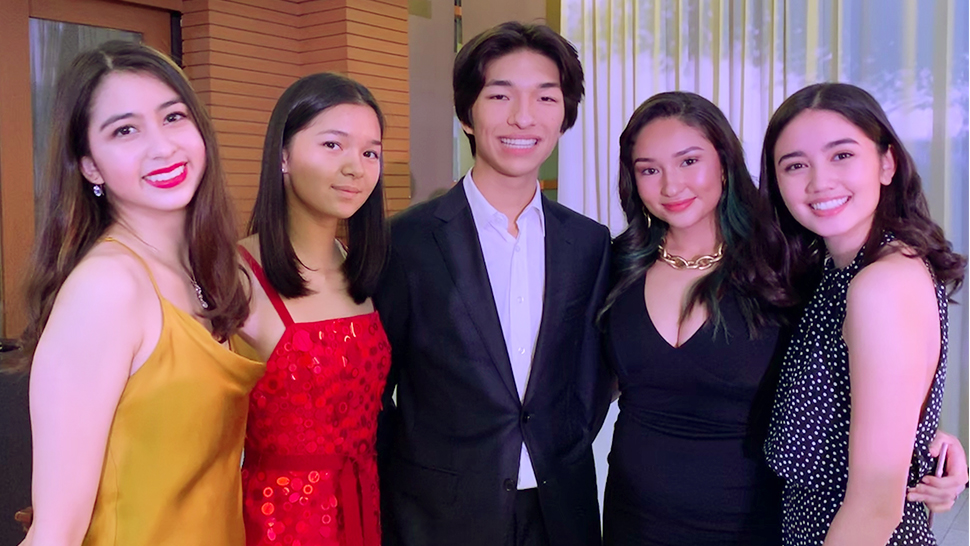 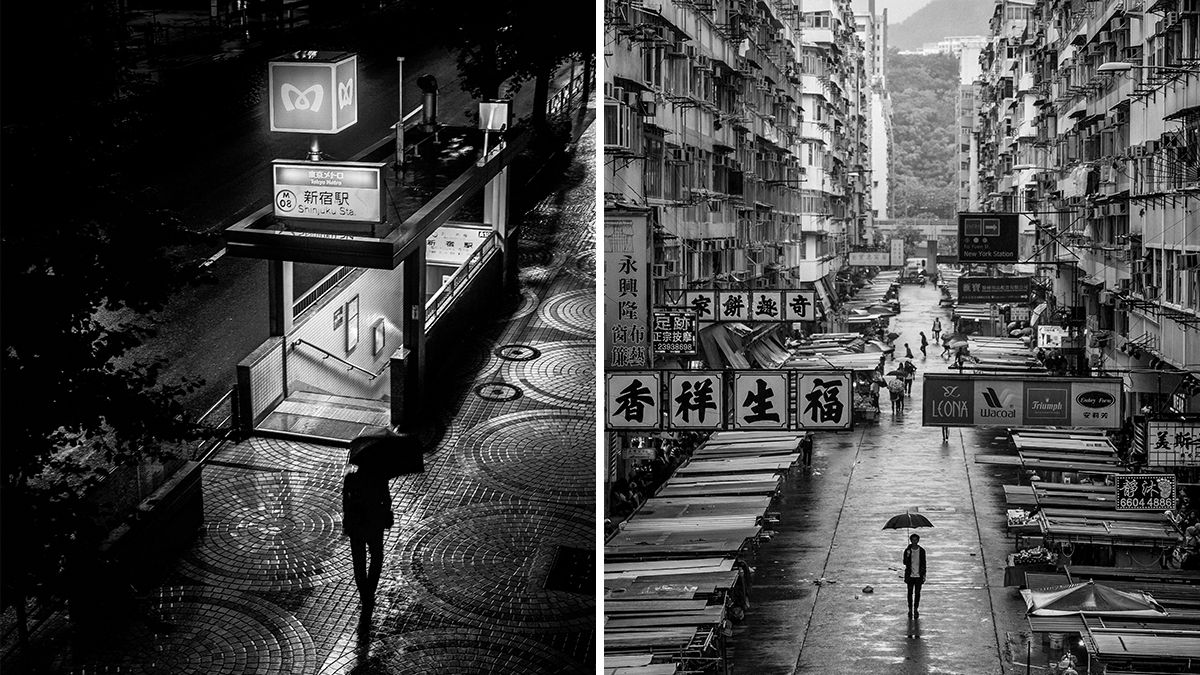