Robbie Antonio leads an impressive team of design experts in a revolution of precrafted homes. 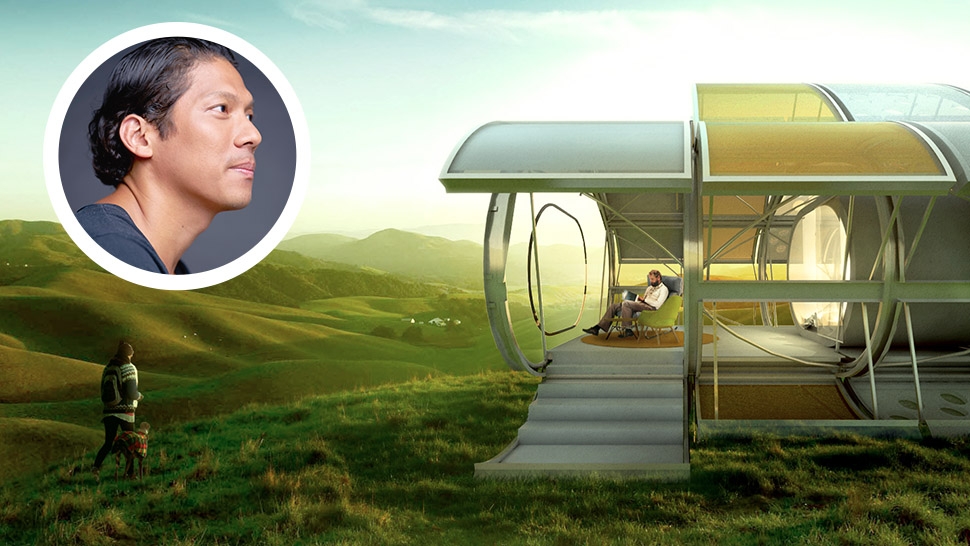 "Time is our enemy here at Revolution but it’s also my greatest impetus,” Robbie Antonio says, as we make our way down the narrow hallway that runs through his penthouse office. “We never have enough of it.” A welcome interruption from a lively conversation about all that is upcoming at Revolution , its founder and CEO leads us to the reception area where the renderings for his new museum project with French “starchitect” Jean Nouvel hang. In those few short steps, and somewhere in between sentences, it becomes clear that keeping up with Robbie is not for the faint of heart. Never unhinged and always at full-wattage, his thoughts and ideas are focused and plentiful.

"Revolution will be building four museums designed by four distinct Pritzker Prize-winning architectural firms, so artists such as Jeff Koons, Andy Warhol, Francis Bacon, and Jean Michel Basquiat are shown side by side with our very own Ronald Ventura and Poklong Anading."

With every word he utters, he displays the confidence and conviction he has in his own vision. “There is a dearth of space that allows for local, regional, and international art dialogue. I hope that creating four distinct museums with disparate genres would help bolster culture in the country at a minimum, and southeast Asia at large. The greatest thing about culture is that it is universal. Revolution will be building four museums designed by four distinct Pritzker Prize-winning architectural firms, so artists such as Jeff Koons, Andy Warhol, Francis Bacon, and Jean Michel Basquiat are shown side by side with our very own Ronald Ventura and Poklong Anading.” 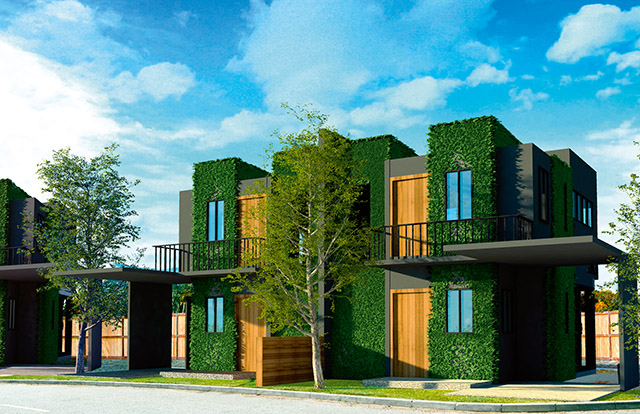 In 2015, Antonio revolutionized art, architecture, and design with the launch of his company, Revolution , which began as a producer of ultra-high design prefabricated homes and pavilions from the world’s most creative minds, including structures by design greats Zaha Hadid, Marcel Wanders, Tom Dixon, and Daniel , and celebrities like Lenny Kravitz and Daphne Guinness.

Two years later, his young company has evolved from one that builds communities to one that differentiates them, and offering now extends to multipurpose structures that can be utilized for a range of ideas such as retail pop-ups and restaurants to amenities, spaces, bars, and, as Antonio has intended for his own personal project, even a museum. “I don’t want to just build structures. We are trying to provide content, and providing material in an expeditious manner will create more value in the communities in totality and in the country at large, ” he continues. “We have always been about design democratization. The Louvre Abu Dhabi is a billion-dollar project designed by Jean Nouvel. We are now going to have a museum by Nouvel in the Philippines—but itself is flexible. We’re activating spaces for all to create maximum value.”

Turning two in December, Revolution has become the country’s first unicorn startup. The producer of prefabricated designer homes is one of the fastest companies to achieve billion-dollar status in the Southeast region, according to Tech in Asia. With help from its new investor, Singapore-based K2 VC, the company joins the ranks of Spotify and Magic Leap, as a startup now valued over a billion dollars. 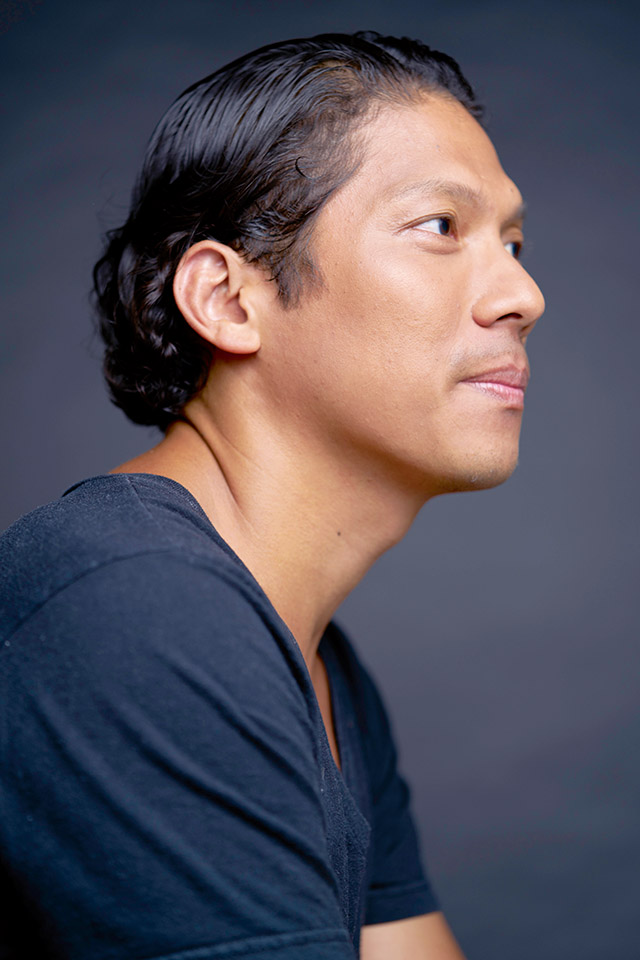 Recognized by Artnet as part of The World’s Top 100 Art Collectors for 2016, Antonio has been listed alongside the likes of François Pinault, Steve Cohen, Leon Black, Leonardo DiCaprio, Miuccia Prada, Alice Walton, and Wang Jianlin, to name a few. Recent mentions include Antonio as one of the Twelve Young Art Collectors to Watch alongside  Stoudemire, as well as part of Harper’s Bazaar’s Art Power List. He was also recognized as part of the Top 5 Most Prolific Art Collectors of 2016 alongside Paul Allen, Bernard Arnault, Mukesh and Nita Ambani, Roman Abramovich, and Dasha Zhukova.

His Nouvel-designed structure will be transformed into a visual art museum and will stand with three other art spaces dedicated to performance art, architecture and design, and art technology. These three additional art spaces will be designed by Pritzker Prize-award winning architects Christian de Portzamparc, Philip Johnson Alan Ritchie Architects, and Kenzo Tange and Associates.

Turning two in December, Revolution Precrafted has become the country’s first unicorn startup. The producer of prefabricated designer homes is one of the fastest companies to achieve billion-dollar status in the Southeast region.

The museums will be situated at the newest Century Properties real estate venture in Batangas, Batulao Artscapes, set to launch later this year. Located 90 minutes away from Manila by car, it is a master-planned development from Century Properties Group that will offer the best of both nature and city conveniences to its residences by transforming 142 hectares of its land bank into an expansive, fully integrated leisure, recreational, retail, and residential destination. This neo-residential art and leisure community will be the world’s first livable art park and will be populated with spaces designed by world-renowned architects and designers from the evolving Revolution portfolio of prefabricated homes, pavilions, and structures. 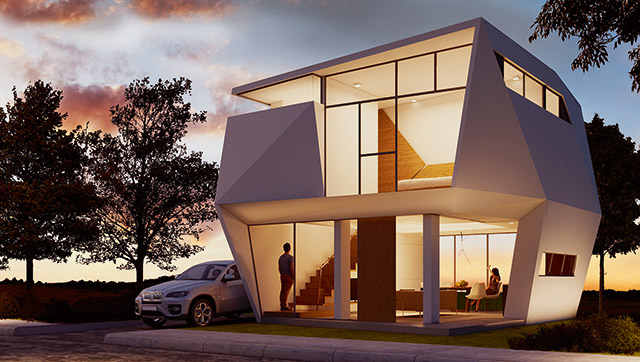 A rendering of the Polygon House by Ed Calma

For this project, Antonio took the opportunity to work with top Filipino creatives Kenneth Cobonpue, Ed Calma, Budji Layug, Royal Pineda, and Anthony Nazareno to design homes for the community. “Initially, we got international personalities because we launched in America, but now we’re extending the portfolio to the best designers and artists in the country because I happen to be here. We are stringent about the people we get and we collaborate with exemplary people and take them out of their comfort zones. For instance, this is the first house designed by Tom Dixon, Marcel Wanders, Kenneth Cobonpue, and Daphne Guinness. We work with each of them to extrapolate newness and challenge them to hopefully get their most revered work.” 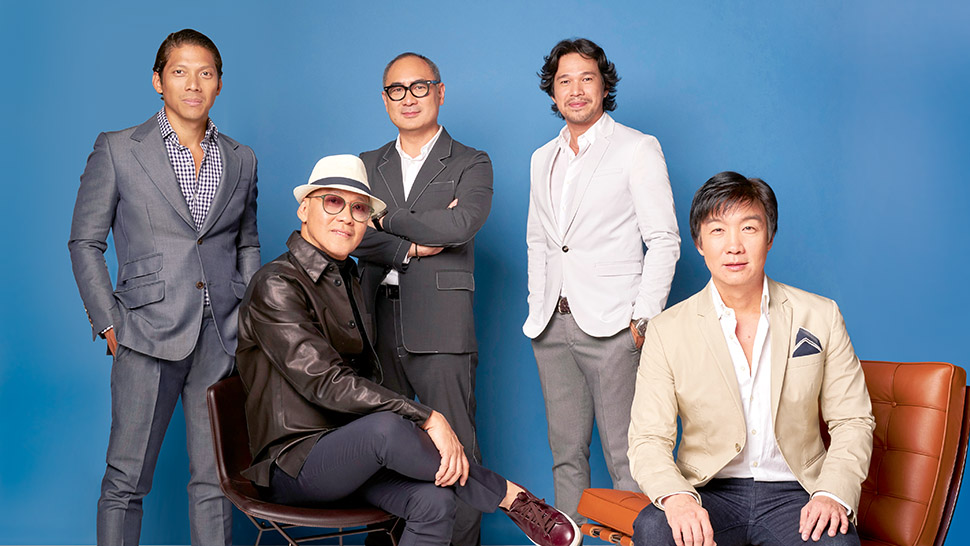 Architect Ed Calma has always thought that houses could be manufactured in controlled factories, just like cars, given today’s technology. His Polygon house for Revolution is the beginning of this experimentation. “I wanted the house to be of a single material held together on a steel exoskeleton. I chose an insulated metal panel which can be used for wall and roof as a singular expression of . The panel can be cut and bent in the factory and can be packed, delivered, and assembled on site together with the metal frame,” he shares. His faceted form house designed for Batulao is the result of the natural expression of his chosen material. “It doesn’t try to become our historical image of what a house should look like but a new architecture dictated by technology and designed to work with the environment, it responds to the programmatic needs of the user.” Antonio shares that days after they launched the Polygon house, there were a few dozen inquiries from around the world. “I have found that some clients are brand-focused while others are product-focused. I speculate and I surmise. Sometimes I’m proven correct and sometimes I’m surprised, and that’s interesting. I draw inspiration from it, which I apply to my next project—collaboration.” 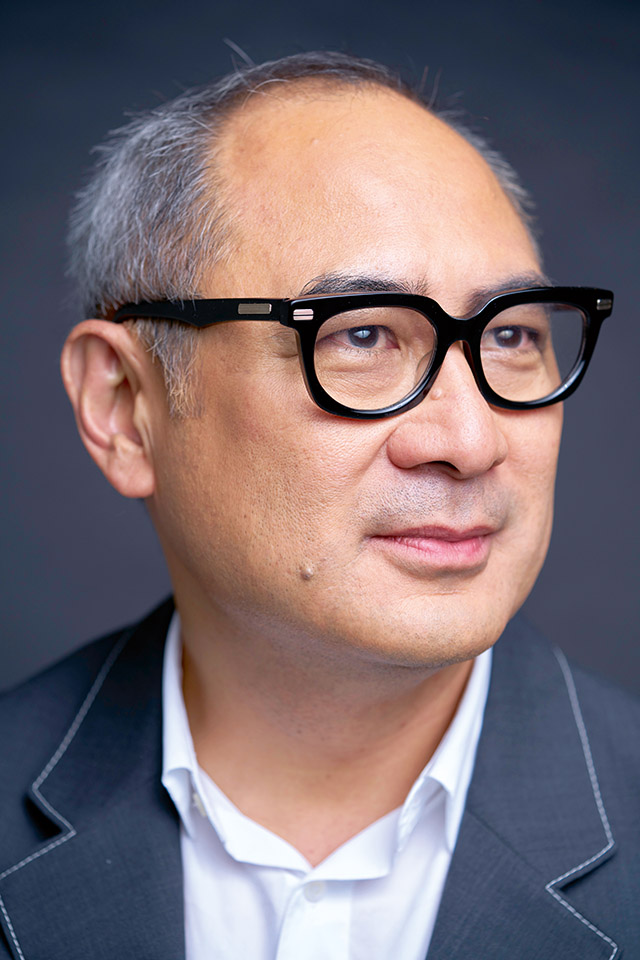 Similar to Dutch designer Marcel Wanders, who was one of the first to create a home for Revolution , Filipino industrial designer Kenneth Cobonpue, most known for his range of high-end furniture made in Cebu, is not an but is very excited about his first conceived home for Revolution. “When Robbie asked me to design a community of houses for the Batulao project, it was at a certain price point that I normally don’t work with. I’ve also never designed houses before so I really wanted to do it because it was a challenge and I love to do things I’ve never done.”

“Initially, we got international personalities because we launched in America, but now we’re extending the portfolio to the best designers and artists in the country because I happen to be here."

Cobonpue tells us that the layout was paramount to him when designing his two-story homes that will be available in two- and three-bedroom configurations, and he went through many drafts until he found the right one. Also important to him was that the homes look different from one another, as he observes that many row homes lack individual character. “Due to limitations in size, there is not much landscape allowed for homes like these, so I thought, why not make the landscape part of the house, or grow the house,” Cobonpue says. “I called the collection of homes Hedera, after a green climbing plant, and they are literally greenhouses. Walking through the community will be like walking through a forest. Because of the way plants grow, each home will look different.” 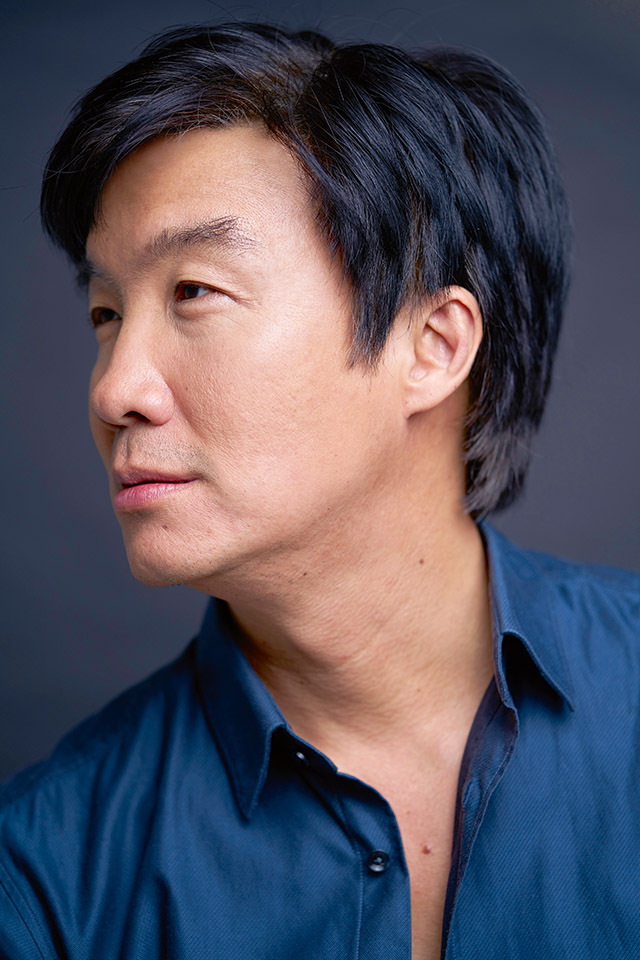 The design partnership of Budji Layug and Royal Pineda envisioned the homes they created for Revolution to be progressive and design-driven while taking into consideration the realities of constructability and cost. The two made sure that their homes were efficient in terms of production and kept to a certain standard of quality. 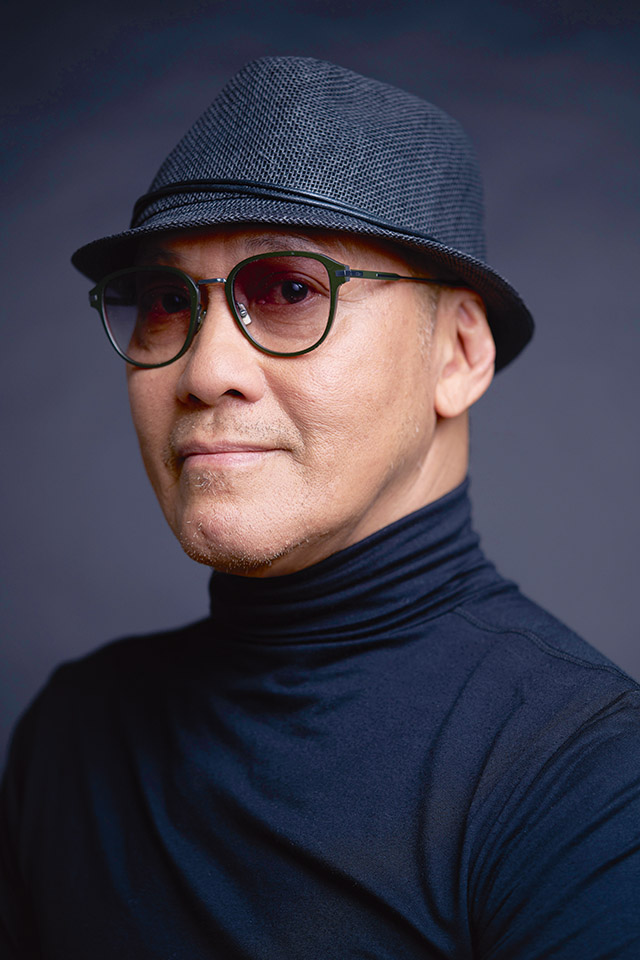 “We wanted to present something global with our sensibility as modernists and naturalists, and, of course, as Filipinos—something with that excites the . We realized that if it works for Revolution locally then it can go universal, and that was exciting for us.”

Aligned with the sought-after Budji + Royal philosophy and sensibility, the two houses they created were practically conceptualized in the simplest, most efficient manner. The Facet house, characterized by a changing façade, is named as such because the facets can be strategically placed where the sun hits the house. This feature makes the design not all about the aesthetic and visual pleasing but rational, too, as it relates to its natural environment. “We created structure then we created facets or faces that can be added on after to create character and variety for every owner. It is a visual and logical approach to architecture, and at the same time, more flexible,” Pineda explains. 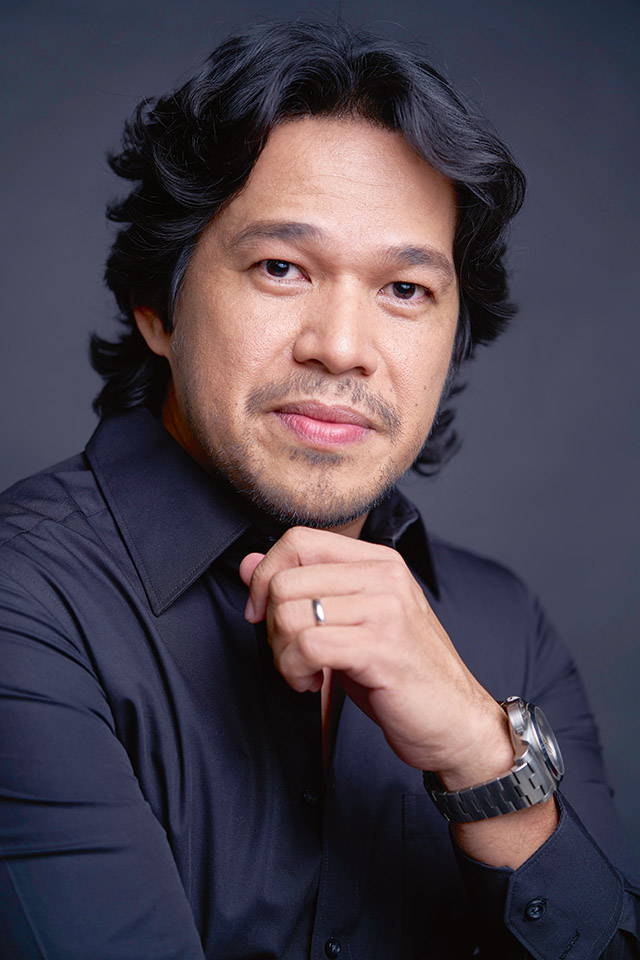 The second of their two homes is called the Tranche house, a fully modular house conceived to grow as a family grows. It is made for owners who want flexibility for adding spaces to their home. “We Filipinos like to keep adding,” Pineda continues. “With this you can add without compromising a , and while doing so it’s not architecturally offending.” Layug adds, “Homes can be individualized by texture from materials or different elevations. Owners can even add , but it will always remain the same structure. We have chosen and materials that blend with the totality of the design.” 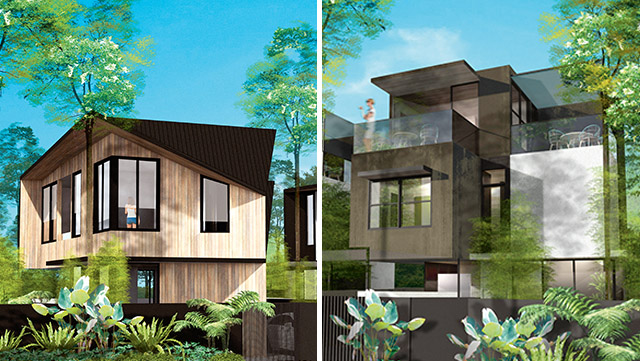 The Facet and Tranche houses designed by Layug and Pineda.

With all that Revolution now offers, it’s not surprising that its homes are populating communities in and around the Philippines, from Batulao to Palawan and Pampanga, and around Southeast Asia. Utilizing the offerings of Revolution homes, developers have the opportunity to create uniqueness and “paint different pictures in different frames” in their local environments and landscapes. Revolution’s larger offering of different types of structures at different price points still adheres to its original vision, global in scale, and is now ready to serve the world. Antonio adds, “I clearly did not start the prefab industry, but we are exploring innovative frontiers and use prefab in a multitude of other categories—from homes to museums, amenity spaces to retail pop-ups, and vertical structures. I hope to disrupt the entire industry. The company is the first truly global branded real estate company that can serve any market in the world.” 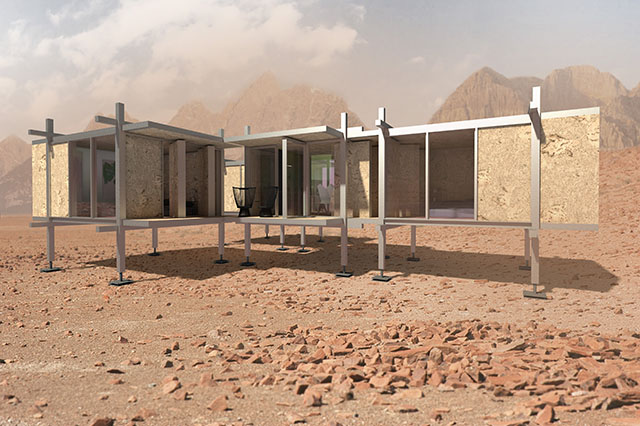 The Block by Tom Dixon 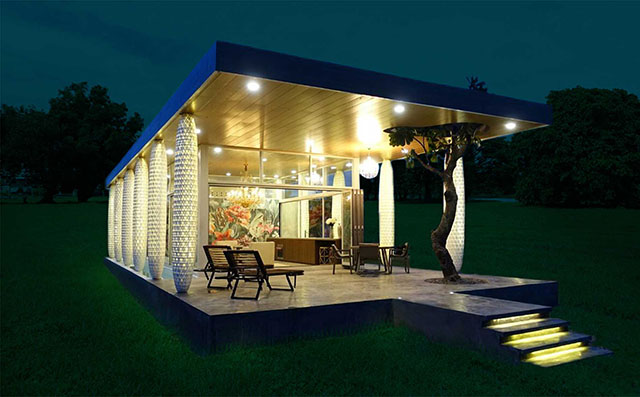 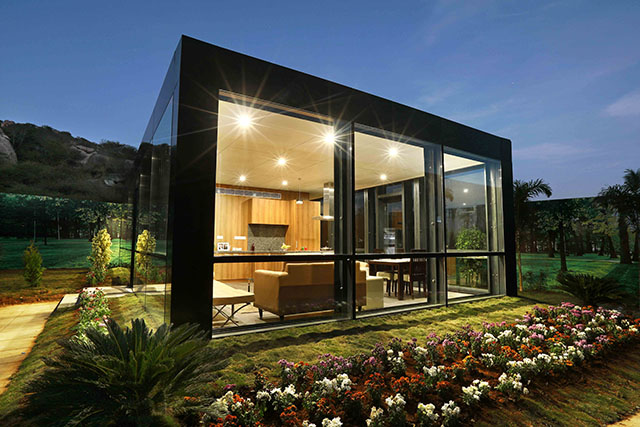 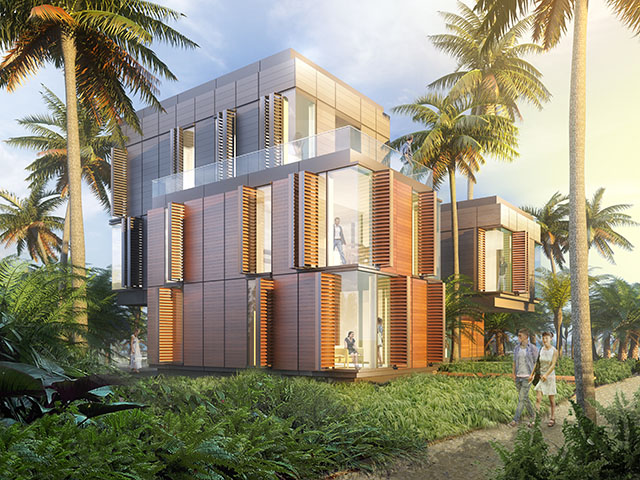 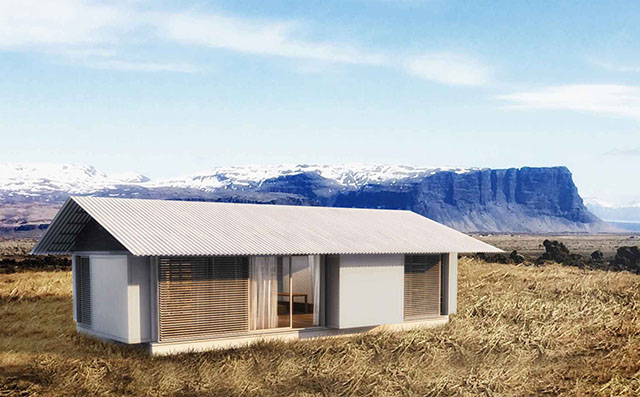 *This story was originally published in the August 2017 issue of Town&Country. Edits and updates have been made by the Townandcountry.ph editors. 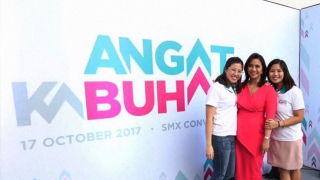 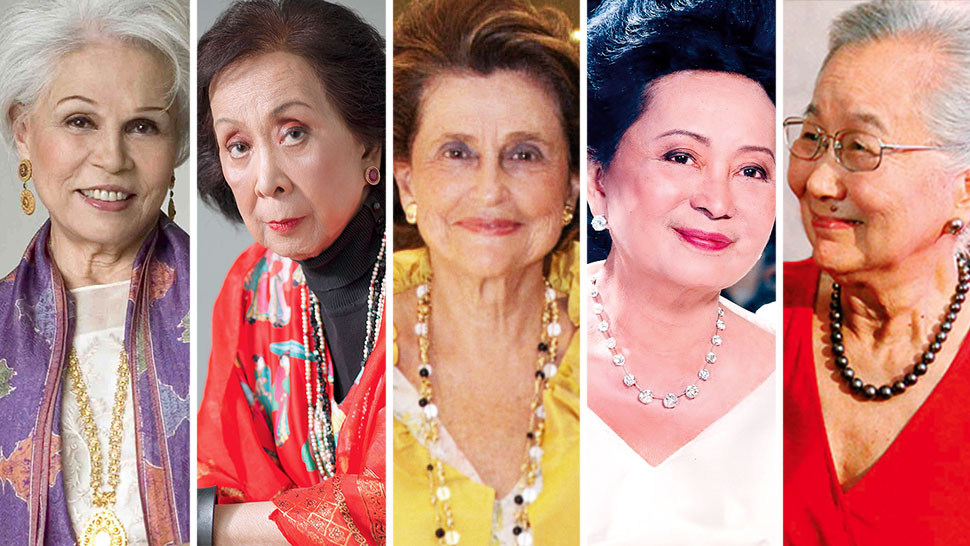