These illegitimate royals overcame the circumstances of their birth and went on to become some of the most influential people in history. 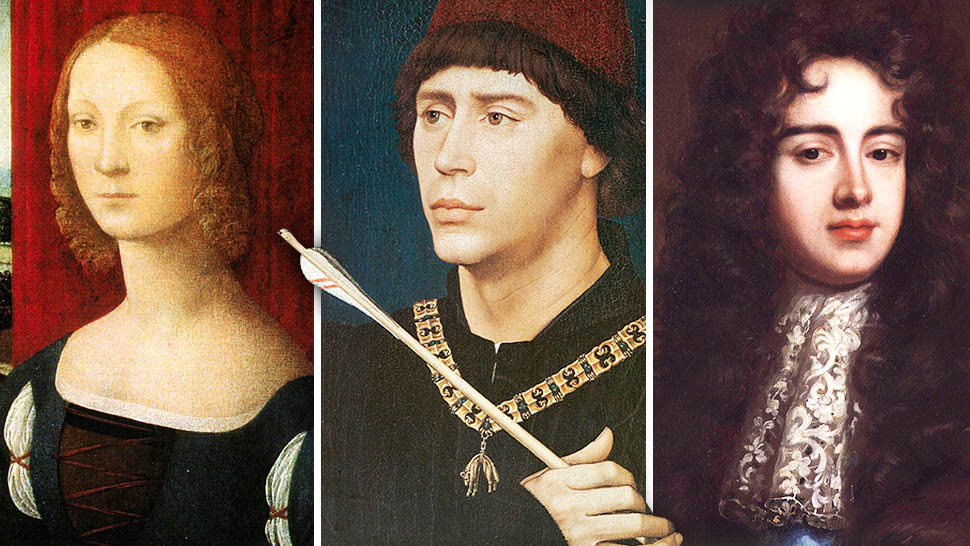 In the middle ages, it was common for noblemen to have children outside of their own marriages. Who were the illegitimate children in the royal family? Most of them lived comfortable lives in relative obscurity, enjoying the benefits of their heritage without the fame and politicking that came with eligibility to the throne.

Some bastards, however, overcame the circumstances of their and went on to become some of the most influential people in history. Here’s a look at five of the most powerful illegitimate children to have ever lived: 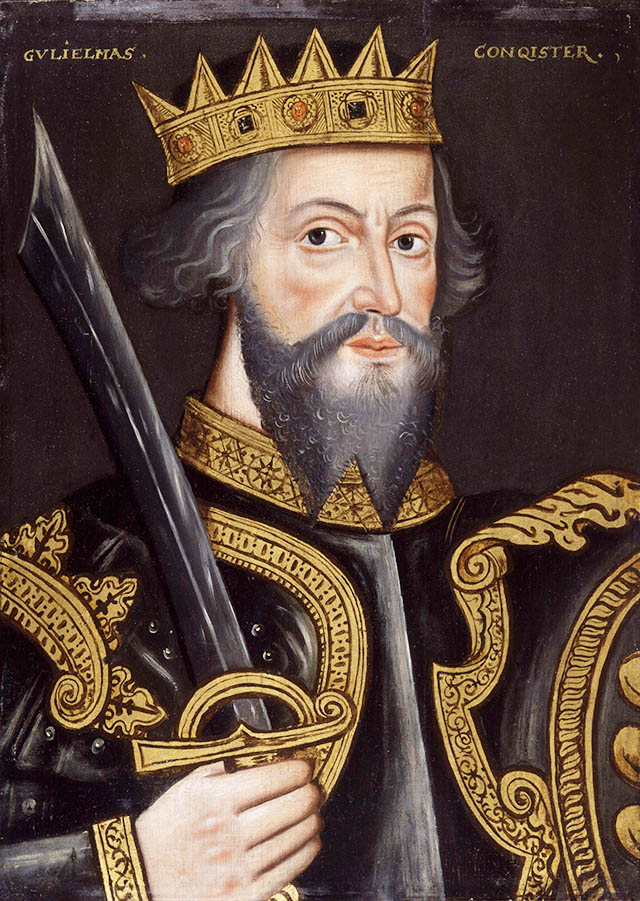 Only a handful of bastards ever claimed the throne, and among them, William the Conqueror is arguably the most influential. William was the only son of Robert I, Duke of Normandy (also known as Robert the Magnificent), and since the Duke had no legitimate heirs, the title was passed on to an eight-year-old William at the time of Robert’s passing.

This led to a period of great adversity in William’s life. Not only were political rivals using his youth as a basis to challenge his position, but he was often taunted with furs and skins—references to his low-born mother Herleva, whose parents traded in animal pelts. With the aid of King Henry I of France, William was eventually able to conquer Brittany and and was proclaimed as successor to the throne of Edward the Confessor, then known as the Childless King of England.

Edward’s brother-in-law Harold Godwin withdrew his support of William’s claim when the King died, leading William to begin the bloody Norman Invasion of England. Harold and his brothers died in the Battle of Hastings, and William’s claim to the throne went unopposed.

William’s rule continues to influence English culture to this day. Since then, all of England’s monarchs have descended from William’s lineage, and most of the Anglo-Saxon aristocracy was replaced with Normans. The English language itself evolved, as the Normans integrated thousands of French words—such as beef (), royal () and warden—into the English lexicon, along with several spelling and grammar adjustments. 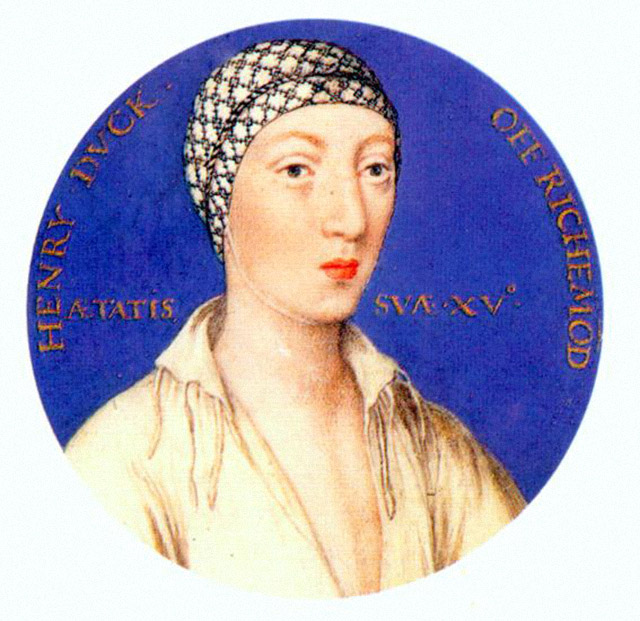 Of Henry VIII’s suspected seven illegitimate children, Henry FitzRoy (born to Elizabeth Blount) was the only one officially recognized by the King himself; and, it would seem, he was also one of history’s most celebrated bastards.

The surname FitzRoy itself was a mark of pride, as it created an indisputable link between him and Henry VIII—the name, of Anglo-Norman origins, literally means “son of the king.” Although the christening itself wasn’t recorded, FitzRoy was welcomed into Bridewell Palace in a lavish ceremony at the age of six, shortly after being elected as a Knight of the Garter. The boy Earl of and was proclaimed First Duke of both Richmond and Somerset. Considering that, at the time, there were only two other dukes in England (Norfolk and Suffolk), the titles were an unprecedented honor to any legitimate noble, for a bastard.

It’s been said that Catherine of Aragon—Henry VIII’s wife at the time—resented the titles given to FitzRoy, as it reflected poorly on her inability to give the King a legitimate male heir. In fact, in his book Henry VIII, John Henry Bowle suggested that Catherine saw FitzRoy as a threat to her daughter Mary I’s claim to the throne. Additional appointments granted to FitzRoy that same year, including Admiral of England, Ireland, and Normandy; Warden of the Cinque Ports; and Lord-Lieutenant of Ireland; made it appear to some that FitzRoy was indeed being groomed to be Henry VIII’s successor.

That would never come to pass, however, as FitzRoy died at the age of 17. The throne would instead go to Edward VI, Henry VIII’s legitimate son by Jane Seymour, before being passed on to Catherine’s daughter Queen Mary I, by then legally an illegitimate child herself as a result of her parents’ annulment. 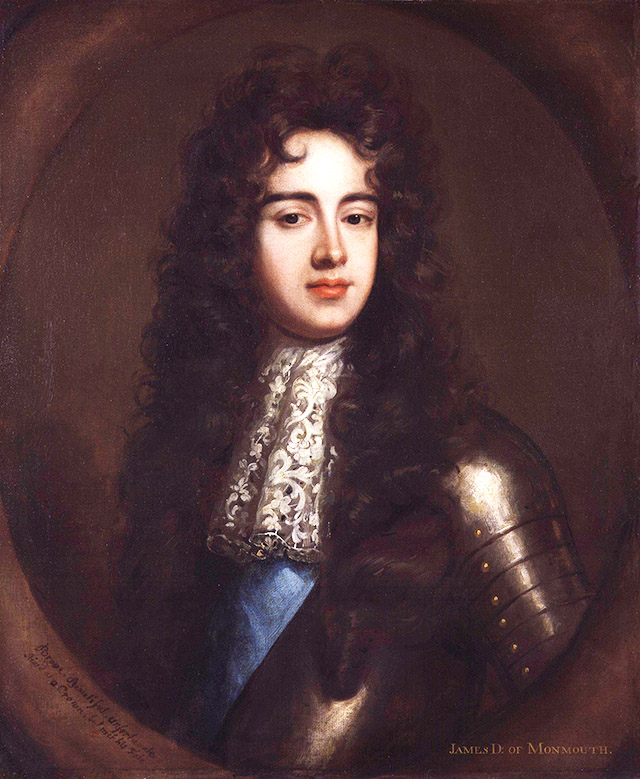 While many royal bastards tend to accept their lot as being ineligible to succeed to the throne, James Scott, Duke of Monmouth and Buccleuch, was one of the relative few who sought to change their fortunes by force.

Born to Charles II, King of England, Ireland, and Scotland, and his mistress, Lucy Walter, Scott was shuttled as a child from the Netherlands to Paris, before being brought to England at the age of 13, where he was created Duke of Monmouth, as well as a Knight of the Garter. Later in the year, he was married to Anne Scott, 4th Countess of Buccleuch, taking her surname and assuming the title of Duke of Buccleuch. He went on to have a successful military career, winning key battles such as the Battle of St. Denis and the Battle of Bothwell Bridge, as commander of the Anglo-Dutch Brigade.

His rising popularity, as well as his belief that his mother and the King had secretly married and thereby legitimizing his birth, gave Scott the impression that he should be declared the rightful heir to the throne. When Charles II died, his brother James II took the and was met with disapproval by several members of parliament on account of James II being Roman Catholic. Instead, they proposed that Scott, a Protestant, be put on the throne.

This led to the Monmouth Rebellion, in which Scott attempted to overthrow James II. The rebellion was short-lived, however, as Scott’s forces proved vastly inferior to the crown’s regular army. After just six weeks, the rebellion was quelled, and Scott was judged guilty of treason and sentenced to death by decapitation at the age of 36. 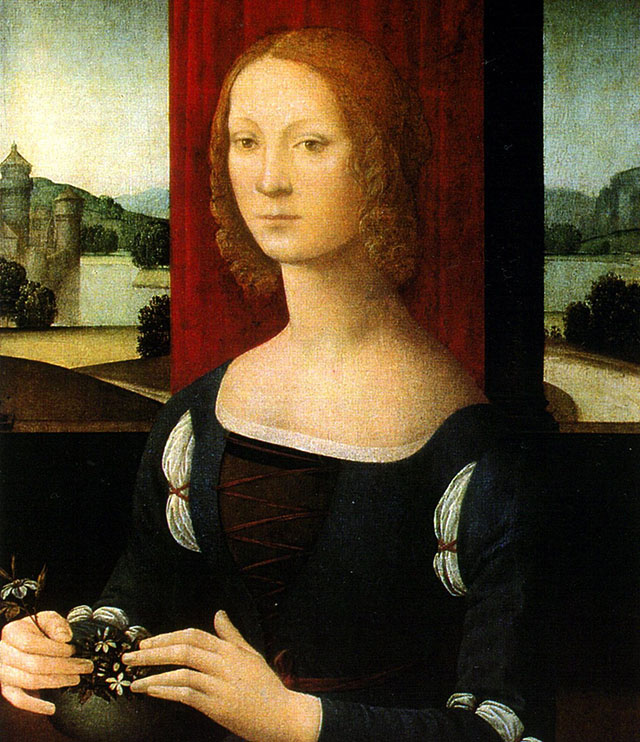 Why should men have all the fun? Caterina Sforza, the illegitimate daughter of Duke Galeazzo Maria Sforza of Milan by Lucrezia Landriani, was living proof that female bastards were a force to be reckoned with. The epitome of a Renaissance woman, Sforza was a scientist, hunter, diplomat, dancer, and ferocious military leader all at once.

Sforza was officially recognized by the Duke at the age of four, which thrust her into a life filled with opportunities that were rare to common folk. She blossomed quickly and became the Countess of Forli when she was 19. When anarchy struck Rome at the time of Pope Sixtus IV’s death, Sforza marched on horseback, seven months pregnant at the time, to occupy the fortress of Castel Sant’Angelo, from which she could better observe—and influence—the Vatican’s actions on behalf of her husband. The Count of Forli would eventually work out a deal with the Cardinals, and he and Sforza would have to vacate the fortress just 13 days later.

The tumult of the times was far from over, however. In 1488, rebels assassinated her husband and kidnapped her children. When the conspirators threatened to kill them, Sforza reportedly lifted up her skirt and told them she had all she needed to make more. The kidnappers, caught off-guard by her bold defiance, withdrew their threats. The rebels were eventually caught and punished severely with the help of Sforza’s uncle.

Two marriages later, Sforza became a part of the influential Medici and became deeply embroiled in their feud with the Borgias. After her third husband died, the Borgias sent forces to Forli in an attempt to take the territory as their own, but Sforza’s staunch defense gave them no ground, earning her the nickname, “La Tigre”.

A year later, Cesare Borgia himself occupied nearby Imola, threatening Sforza’s defense of Forli. With the help of the French Army, Borgia was able to capture Sforza, but only after suffering heavy losses. Her many victories were so significant that Niccolo Machiavelli wrote about her military skill with respect, despite having been insulted by her in an earlier diplomatic mission.

After the Borgias fell from power, Sforza spent the remaining years of her life with her children, and with scientific experimentation. She wrote Gli Experimenti, which compiled over 450 cosmetic, medicinal, and alchemical recipes, proving herself to be a warrior not only on the but in academic pursuits as well. 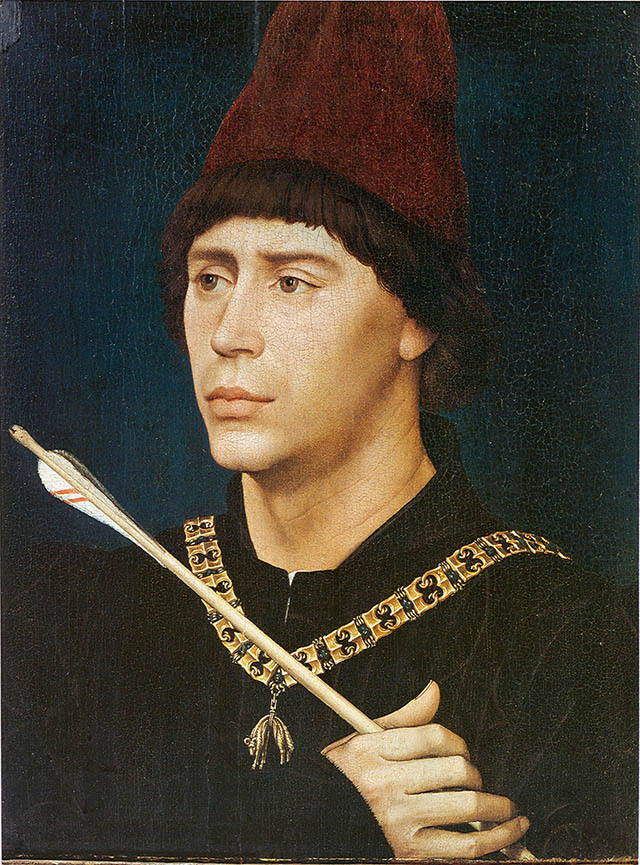 In most cases, “bastard” is a derogatory term, bearing with it the sort of tarnish only illegitimacy can cast on an individual. Antoine de Bourgnone, son of Duke Philip III of Burgundy (also called “Philip the Good”) and Jeannette de Presles, turned that label into an and was called Le Grand Batard (“The Grand Bastard”) for his military and sporting prowess.

He began fighting for his father at the age of 30, and in 1456, he was made a Knight of the Order of the Golden Fleece, an honor given only to 29 other men at the time and currently shared by King Felipe of Spain, among many other dignitaries. He took part in several key battles, including the Battle of Montlhery, in which he reportedly saved the Count of Charolais’ life.

After his father died, Antoine continued to fight under the banner of his half-brother, Charles the Bold, who appointed him First Chamberlain in 1468. Between this honor and his military beginnings, he also won a prestigious archery contest and became an avid collector of illuminated manuscripts. He continued to fight for Charles the Bold until 1477, participating in the Battles of Grandson, Murten, and Nancy.

As a reward for his life of service, Antoine was finally legitimized in 1485 by Charles VIII, who also made him a Knight of St. Michael. He died 9 years later, at the age of 83. 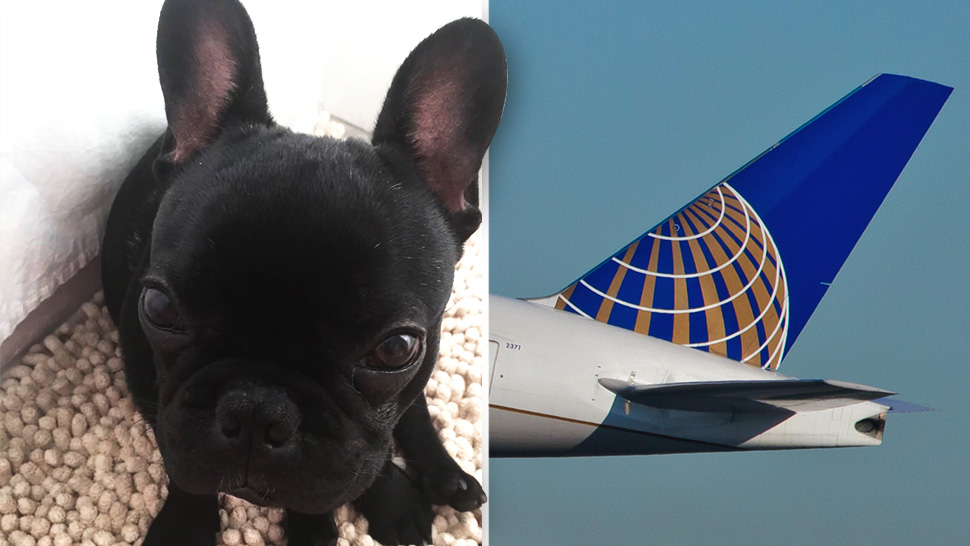 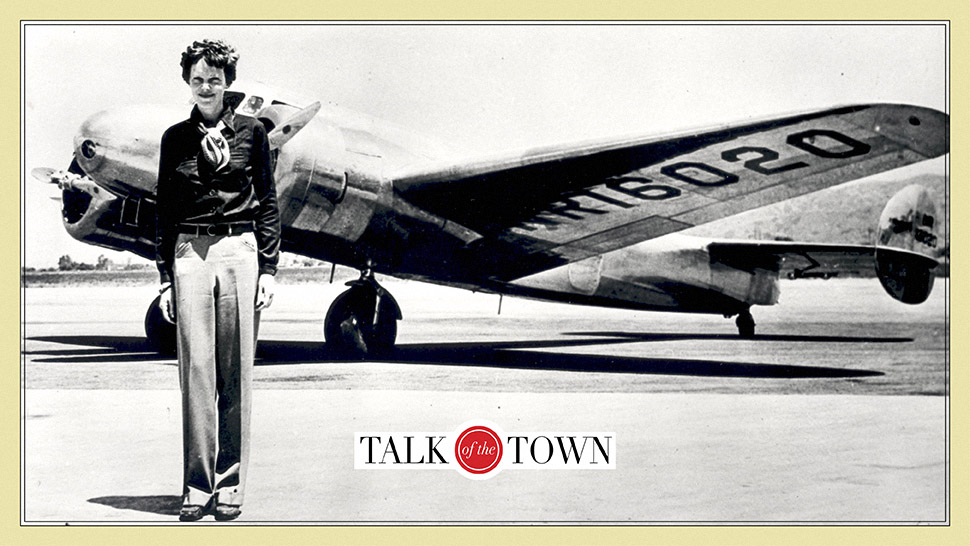 Do We Finally Know What Happened to Amelia Earhart?
All Photos
Comments
View As List