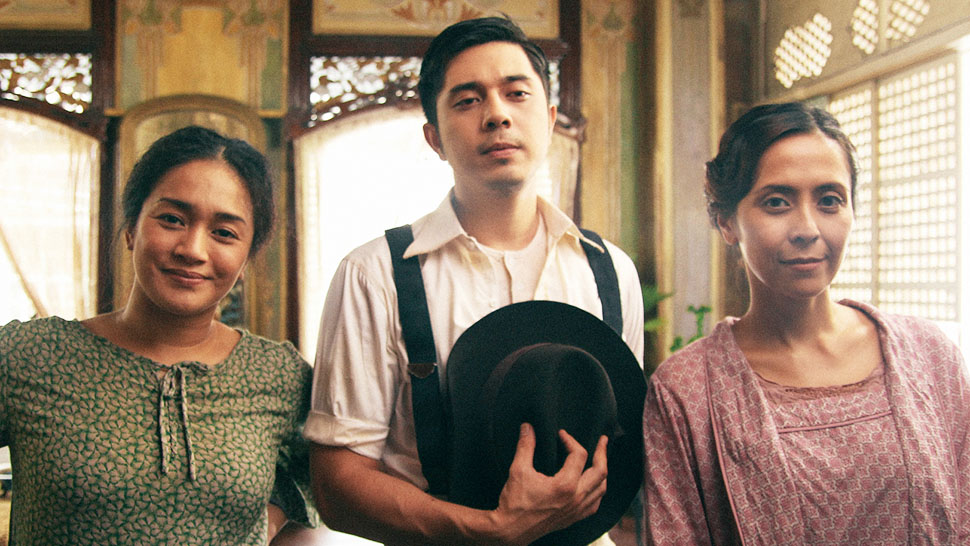 This was the grade all 11 members of the Cinema Evaluation Board (CEB), the local film rating body, bestowed upon the movie-musical Ang Lawaran. Received on December 14, the grade is the latest accolade earned by the film, prior to its Christmas Day release.

“Enthralling, captivating, and beautifully helmed,” said a CEB board member.

“Ang Larawan is a brilliant, fabulous production with great acting and excellent technical elements,” praised another.

The film's warm reception at Japan’s Tokyo Film Festival, where it premiered in October, backs up its top ratings from the CEB.

“The Japanese audience sat through our whole film until the very last credit was shown,” says executive producer and actor Celeste Legaspi. No doubt, the musical has captivated international audiences and hopefully will do the same to Filipino audiences. 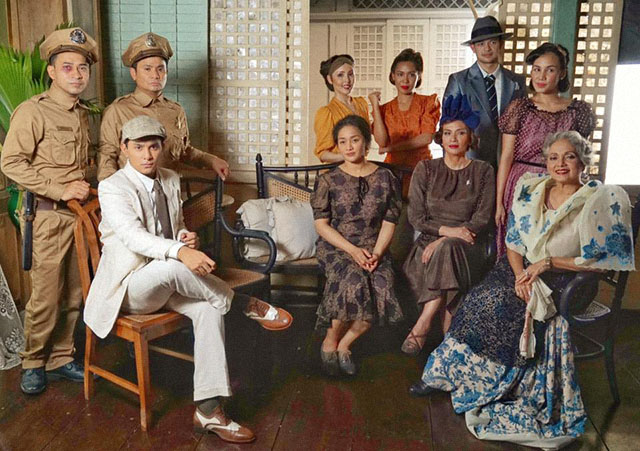 The cast of Ang Larawan

Larawan is the sole musical entry to the Metro Manila Film Festival this year, and there are high expectations for the film. After having seen it, we believe it meets said expectations.

Aside from the wonderful acting and direction, here are a list of reasons why moviegoers should watch Ang Larawan, and ultimately, why it should sweep the MMFF awards. 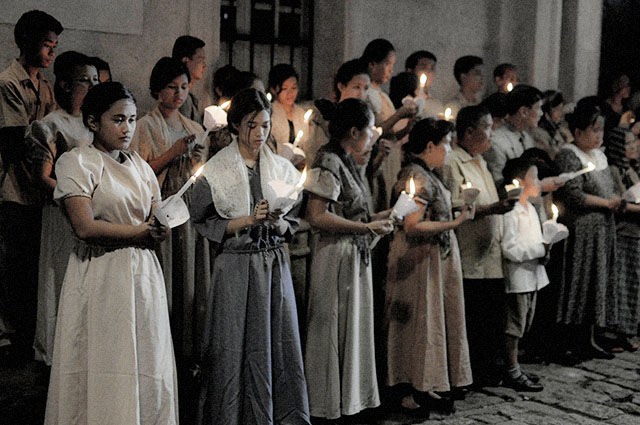 It’s the product of years of preparation and the struggle for perfection.

While some films take a few months to film, Ang Larawan had a different production process. The script was based heavily on Nick Joaquin’s play Portrait of the Artist as a Filipino, which the National Artist penned in the 1950s.

In the late ‘90s, it was adapted for stage by a company that included Celeste Legaspi and Girlie Rodis, who produced the original musicals, lead actress and executive producer Rachel Alejandro tells us. The play was revised and made into a musical libretto, translated by National Artist for Literature and Theater Rolando Tinio, and set to music by composer Ryan Cayabyab.

The musical was staged at the Cultural Center of the Philippines, with Celeste playing the role of Candida Marasigan and Zsa Zsa Padilla as Paula (both appear in the film version). 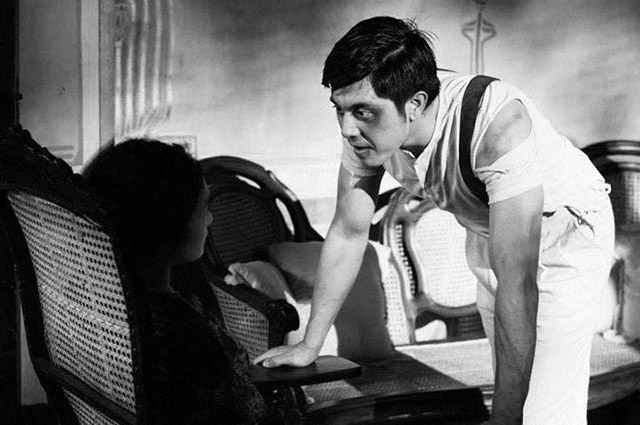 “Girlie and I have been in love with this material and became obsessed with the idea of showing it to the world as a shining example of Filipino talent,” says Alejandro. Five years ago, she and Rodis found Loy Arcenas, whom they thought was a “perfect director for the film.”

Later, Alejandro and co-star Joanna Ampil workshopped the material over a year. Since the original was a three-hour musical, for the film they had to decide which parts would be spoken instead of sung and which songs had to be let go.

In 2015, the filming begun and casting took place. “But as we added more shoot days, edited, and perfected the sound, Loy was not happy with the result until the film was submitted to the MMFF. Suddenly, it had a deadline,” the actress says. 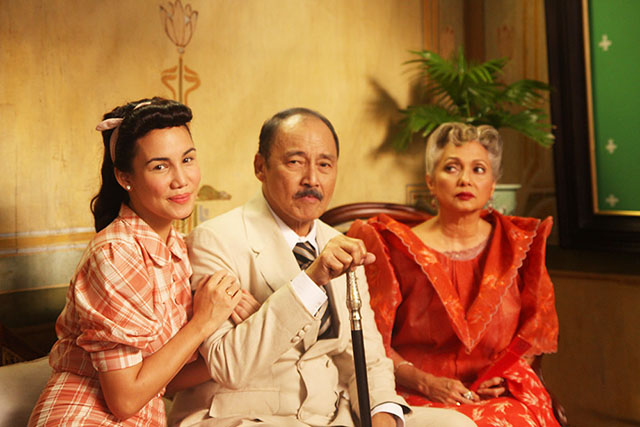 Alejandro admits that it was Ryan Cayabyab’s music that drew her in to sign up as a producer. “In my opinion, this is his most beautiful work and equal to, if not better, than the very best of Broadway and the West End."

Each catchy tune showcases Cayabyab’s talent, as well as highlights the beauty of the Filipino language. The instrumentals came courtesy of ABS-CBN and its Philharmonic Orchestra. Cayabyab had to adjust his original music to fit the 60-piece orchestra, since the original had only a six-piece band. 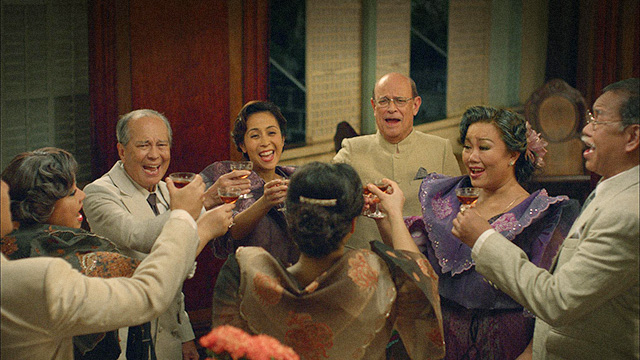 “I call it La Naval procession reenactment because what we shot was as faithful as can be to the actual last La Naval held in October 1941, before the city of Intramuros was decimated by American bombers,” shares Alejandro. This poignant moment in the film, along with many of the other scenes, meticulously stay true to the period it was set in. 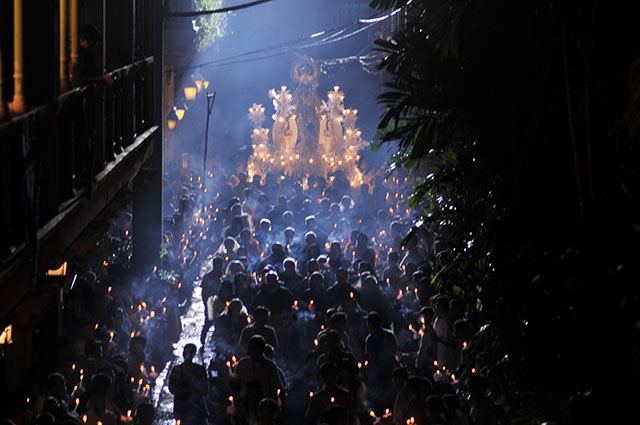 Shooting at the best possible locations.

Set in Intramuros in 1941, the majority of the film was shot in Taal, Batangas. The film revolved around a stately but deteriorating family home with its resident sisters struggling with its upkeep. All the interior scenes were shot inside a heritage house owned by the Villavicencio family, while the exterior scenes—the street shots, La Naval procession, and a church scene in the San Agustin church—were filmed in Intramuros. The film was shot in Batangas because the producers could not find a house in Intramuros that was completely intact and could serve the film’s purpose. 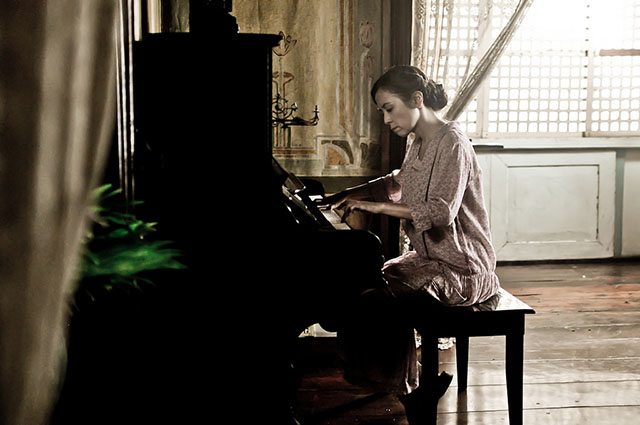 It has the endorsements of two National Artists.

Apart from a slew of brilliant actors who all possess unreal vocal talents, the film owes its backbone to the works of two artistic geniuses, Nick Joaquin and Rolando Tinio. Before his demise, Joaquin issued a statement regarding his thoughts on Ang Larawan, the Musical. He said at that time, it was a “vital element of our country’s centennial celebrations. It is significant for our people to look back and remember our culture and heritage as we look forward to the future.” 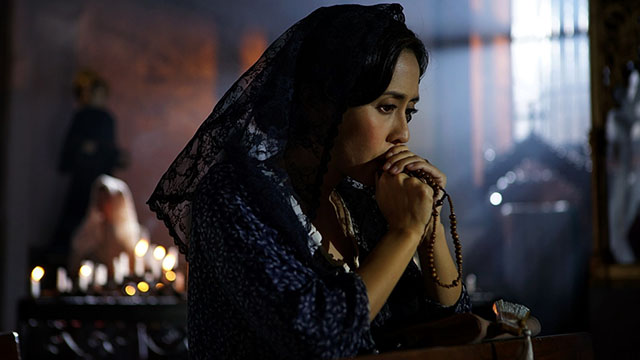 Librettist Tinio said of the previous musical, “Adapting Portrait into a musical has turned the elegy into a celebration.” He added, “Present day audiences may no longer mourn the passing of the world of truth and beauty symbolized by the old Intramuros and exemplified by Don Lorenzo Marasigan, Candida and Paula, but we certainly continue to admire and celebrate the tenacity of spirit with which they clung to their ideals of art and poetry that were losing ground as materialism and consumerism overtook their age.” 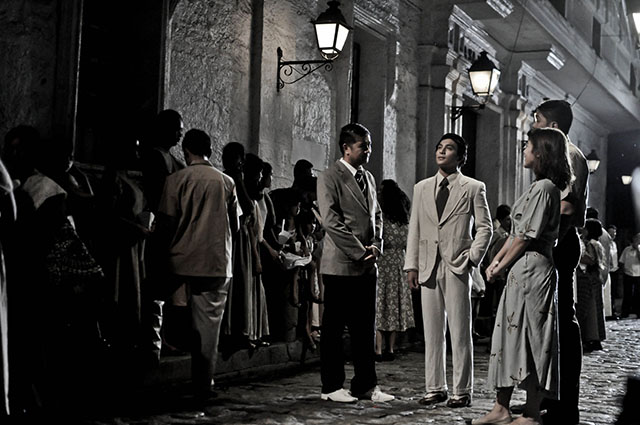 A timely and powerful message.

Various themes of family, war, and dream-chasing stand out during the film, but for Alejandro, the one that resonates the strongest comes from the moment Candida and Paula issue their battlecry, “Contra mundum!” which when translated from Latin, means “defy the world.” “For me, the story is about women empowerment but it’s also so much more,” says Alejandro. “It’s about standing your ground, no matter what the cost, and fighting for what you believe in. It’s exactly what Celeste, Girlie, and co-executive producer Alem Ang have done with this film. People may say it’s not commercial but we fought tooth and nail to make it the most excellent film it can possibly be.” 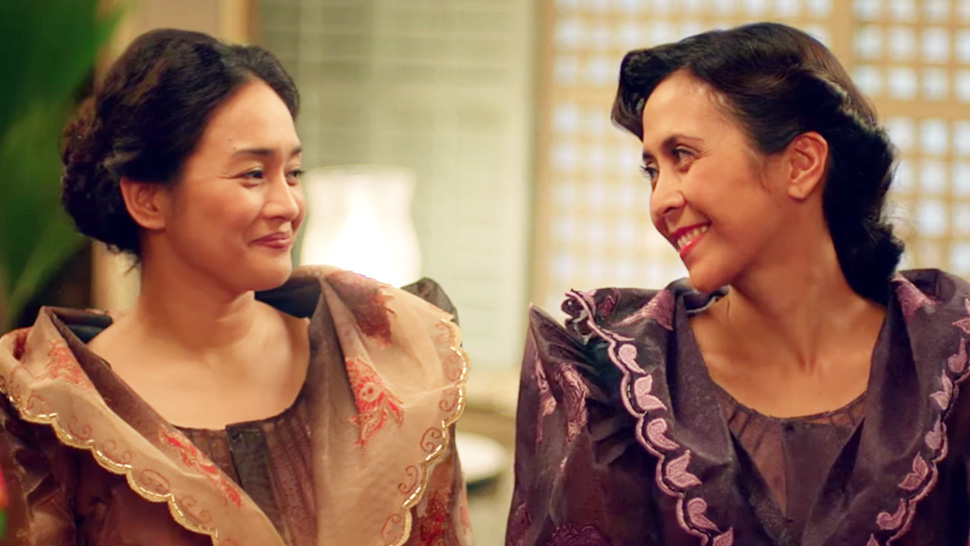 Lechon and More: 10 Decadent Holiday Dishes You Must Order From Pepita's Kitchen
All Photos
Comments
View As List