Here are some of the roads, bridges, and airports heading your way. 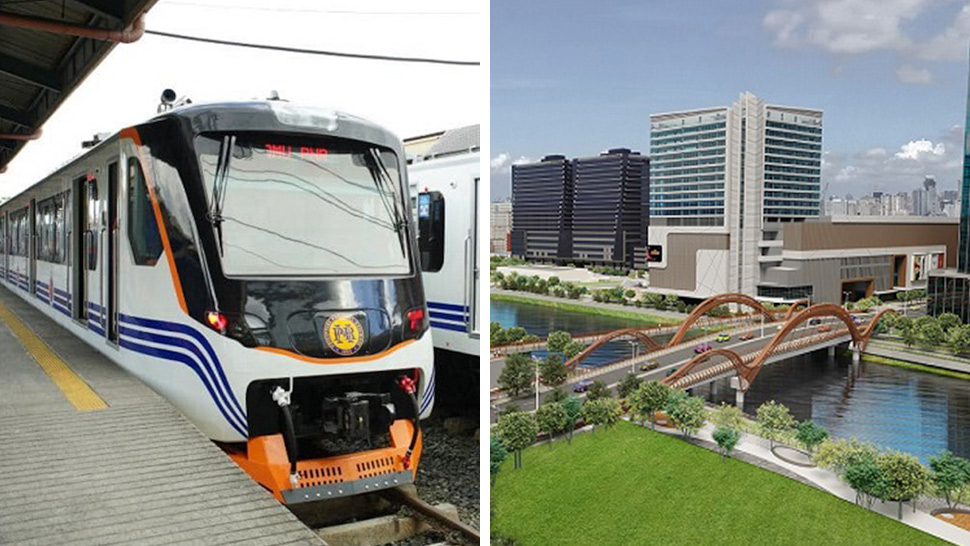 From roads to trains to airports, there are a whole lot of new projects underway to improve the transportation system in the country. Infrastructure is arguably the skeleton of any civilization, so here are a few additions we’re excited to see taking shape in 2020.

Here are 10 new roads, bridges, and airports currently in the works:

The Ninoy Aquino International Airport is barely keeping up with all the travelers flying in, out, and around the nation, so it’s no surprise that the Clark International Airport is arguably one of the most awaited projects of the year. The new terminal, with designs inspired by mountains of Arayat, Pinatubo, and the Sierra Madre range, will be operational by mid-2020 and will boost the annual passenger count from 4.2 million to 12 million.

It might take another year till the 22-kilometer Metro Rail Transit Line 7 (MRT-7) is fully operational in 2021, but we’re definitely on the watch for any more progress. The train line was at 49.22% completion rate as of October 2019, and 108 train cars have reportedly been ordered. It will link the areas of San Jose Del Monte, Bulacan, all the way to Quezon City.

Any alternative to EDSA is good news to us, and we’re sure you’d appreciate it, too. A new bridge connecting Pasig City and Quezon City will be built as part of the Robinsons Land Corporation’s first township in the Metro. The planned 200-meter bridge will have four lanes for cars aside from a bike and pedestrian lane.

Looks like Metro Manila is finally catching up with the rest of the world in terms of train systems. The Department of Transportation began clearing several sites for the country’s first-ever subway project in December 2019, while the official groundbreaking happened in February 2019. The underground train line will link Quezon City all the way to the Ninoy Aquino International Airport.

People everywhere were excited to hear about an entirely new international airport to be built in Bulacan—and the sleek-looking design plans didn’t hurt either—but the San Miguel Corporation project was ultimately unable to start in 2019. It was first given the green light in September 2019, but underwent additional government scrutiny. We’ve got our fingers crossed construction finally starts this 2020!

Motorists heading up north were able to get a taste of this tollway’s extension during the 2019 Christmas holidays. A four-kilometer section linking Sison in Pangasinan to Rosario in La Union was opened for free, but will be closed again in January to allow for construction to be completed. No word yet on when this final segment will be fully operational, but there are already whispers that the San Miguel Corporation is planning to add another 59.4 kilometer stretch all the way to San Juan, La Union—yup, the surfing capital of the north.

The Philippine National Railway got shiny new trains in 2019, and it looks like more improvements are coming. Under the North-South Commuter Railway project, the train line will span a total of 147 kilometers, spanning from the Clark International Airport all the way to Calamba, Laguna. The first phase is already under construction and will connect Manila to Bulacan by 2021.

Another welcome option for motorists avoiding EDSA, this bridge links Taguig City and Pasig City. Construction started in 2017, and a little over three years on, is halfway over the Pasig River. It will span a total distance of 961 meters and will ideally decongest traffic flowing between the two urban centers. Target date of completion is on June 2020.

This tollway unofficially lost its title of “expressway” in 2019 thanks to the extreme congestion experienced by motorists after areas near the Alabang Viaduct were closed off in September 2019. Traffic eventually cleared up in December when temporary ramps connecting to the skyway were opened. Construction is expected to continue throughout 2020, but the San Miguel Corporation has set a deadline for December—which means the Skyway should be at the Susana Heights area by then.

The Metro’s train lines aren’t exactly the smoothest ride out there—in all sense of the word—but the upcoming Unified Grand Central Station, which also goes by the name Common Station, will be one way to ease commuter woes. The station will link up the existing Metro Rail Transit Line 3 (MRT-3) and the Light Rail Transit Line 1, and eventually the MRT-7 and the Metro Manila Subway. Operations are targeted to start in 2021.