Using objects such as passports, mahjong sets, and Russian dolls, the following artists pay tribute to their moms and the complexity of being a mother. 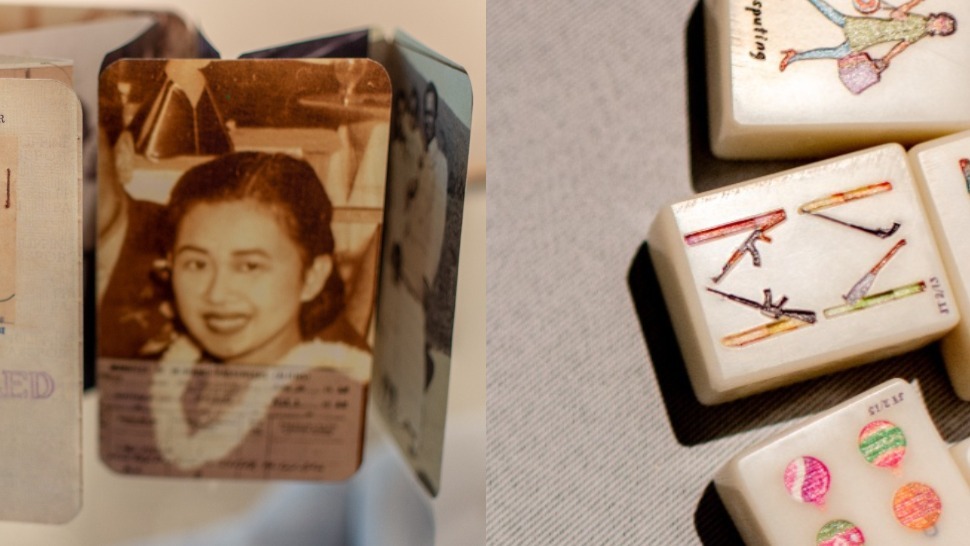 Mother's—they are women first, with dreams, fears, and memories. It can be unsettling to realize that they are not infallible, but paying honest tribute to them entails embracing their past and all the complexities that come with it.

This idea is explored in Salcedo Private View’s Istorya Namon Subong (Our Stories Now), which features the works of seven Negrense artists, all of whom pay tribute to their mothers and roots.

Each work is an interactive installation with a confessional touch, as the components are culled from the memoirs and narratives of the Negrense woman’s identity. Using objects such as passports, mahjong sets, and Russian dolls, the following artists pay tribute to their moms and the complexity of being a mother.

Passport Stamps of a Complex Woman

All About Her by Angela Silva

“Flawed but strong” is how artist Angela Silva describes her late mother, Elena Silva of the wealthy Ledesma clan in Negros. “I grew up riding the ships of Negros Navigation,” Angela recounts. “The MV Don Juan that sank some years back? That was named after my grandfather, Juan Ledesma.”

Her grandfather’s foray into agriculture in Mindanao and his untimely death left the family in financial straits. “He was growing pineapples for Del Monte, rubber trees for Goodyear, coffee for Chase & Sanborn. He planted cassava, abaca, along with sugar plantations, too. After he died, the five children, which included my mom, Elena, tried to run the family assets—haciendas, pig farms, fish ponds. But they were not trained, and they were spoiled,” she says.

Growing up in the United States, Angela had a complicated relationship with her mother, a headstrong woman who showed her children love not through maternal affection, but by “loving furiously.”

“She took care of us, she fed us, and she sacrificed a lot. But she kept her identity as a woman,” the artist says. “The way we were raised—there were no real secrets.” When Angela lived abroad, her mother would frequently get in touch through writing. “[Elena] wrote these long letters. But they were just ‘reports.’ Walang feelings. That’s why I wanted to research her life because I wanted to look for those feelings.”

The artist calls this lack of sentiment a mystery that she needed to solve. Twenty years of research and a manuscript draft later led to All About Her, a collection of seven passports that detail her mother’s life in photographs, letters, and documents.

As opposed to the subject’s complex persona, the premise of All About Her is simple. This is the story of her mother’s life as told in passports: Visa stamp dates clue in viewers on the timeline, while corresponding archive entries and photos Angela unearthed in the course of her research fill in the details.

Her mother’s rich story is concealed and unfolded in book structures, which fold back into passport pages. These symbolize Elena’s three-dimensional life, from being the daughter of a Negros scion and a student in the United States to becoming the wife of decorated war veteran Saturnino Silva and Angela’s mother.

In a way, these passports feel like permission, an invitation to glimpse the multi-faceted, if not flawed, figure. The artist says, “My mom grew up without a mother figure, as I did. That’s why my mother was so headstrong. Nobody told her what to do, or not do. Walang parental guidance.”

The mother and daughter shared a tumultuous relationship until they reconciled in Elena’s latter years. And when Elena suffered a stroke, it was art that helped Angela cope. “The research and the art I made based on it became my way of recovering from the grief of losing her—by learning more about her,” the artist shares. “She’s my mom, who is also this woman, this friend, and this confidante to so many other people.”

“I already have a full picture of Elena, apart from being my mother. That’s just one of the many roles she assumed. She was a daughter, a wife, a mother, an adulteress, an alcoholic. She’s also Elena.”

Artist Josephine Turalba spent her summers in her mamang’s house in Bacolod. Her most vivid memory in the place where her mother was born and raised was the familiar sight of six mahjong tables, all set up and waiting for its regular roster of players.

“[My mamang] would have at least six mahjong tables. Naka-set up na kasi yung mga amigas niya and titas would come,” says Josephine. “Kanya-kanyang table ‘yan. Sometimes hanggang gabi sila maglalaro. ‘Pag uwi nila, there would be a note on the mahjong table—nobody should touch it.”

The artist’s fascination with her mamang’s love for mahjong inspired her to create “Tawhay”— four mahjong sets that feature characters and symbols derived from her mother’s memoirs and facets of Bacolod culture.

“One of my references was [my mother’s] memoirs, which she wrote before her memory started fading away. She wrote about her experiences during World War II. And I also interviewed relatives and her friends,” she says.

Some of the mahjong suits include illustrations that honor the province’s sugarcane seasons and a map with Negros’ old name Buglas. Other symbols refer to more mythical aspects such as engkanto, aswang, and the lore of Princess Kansilay.

Josephine knows that recognizing certain elements also means acknowledging Negros’ colonial past. As the artist shares, friars created the engkanto to deceive the natives about the sins of the flesh. “In the book Clash of Spirits, which is the reference for this tile, the enkanto is fair-skinned, tall, with light-colored hair and blue eyes. So tell me, who is that?” the artist asks. “And the enkanto is attracted to a dark-skinned woman.”

For Josephine, these pieces are a subversion of a pastime with foreign roots. While Filipinos can’t read Chinese, they recognize the mahjong tiles by salat or by feeling the pieces. With “Tawhay,” the artist wants people to feel their way through Bacolod culture, too.

The Russian Dolls of Negros

Filipino-Japanese artist Megumi Miura was born and raised in Yamagata, Japan, but a rebellious teen phase landed her in the Philippines. “Pasaway ako,” she confesses. “Kaya ako dinala sa Bacolod in the late 2000s ng mama ko while I was still in high school. Punishment ko ‘yon.”

Though she didn’t want to stay in Bacolod, Megumi adjusted easily to her new environment. The City of Smiles was a familiar sight, having spent family vacations there in the past. The artist had no trouble picking up the language, either. “I already knew the language because my mother would speak to me in Ilonggo when we lived in Japan.” Now, Megumi considers Bacolod as her home. “Dito na ako nagkamalay sa Bacolod. Dito ko nahanap ang sarili ko,” she says.

Although she did not set out to become an artist, the city’s vibrant spirit inspired her to pursue it. In her debut exhibit in 2014, Megumi focused on creating Negrense versions of Russian dolls as an homage to her mother, who gifted her with a doll before she moved to Bacolod. “The dolls are secret messages for my mother,” she says.

Designed after Sakada women who work Negros’ sugarcane fields, the dolls symbolize a bygone era, as well as the artist’s urge to reconnect with her mother. “Ginamit ko yung idea ng Sakada women sa sugarcane fields for the pieces for the show. Even before the pandemic, they were already wearing masks to protect themselves. I thought of playing around with their clothes. I wanted it to have that feel of the pandemic. But I made it a bit more fun.”

Istorya Namon Subong runs at Salcedo Private View until May 8. 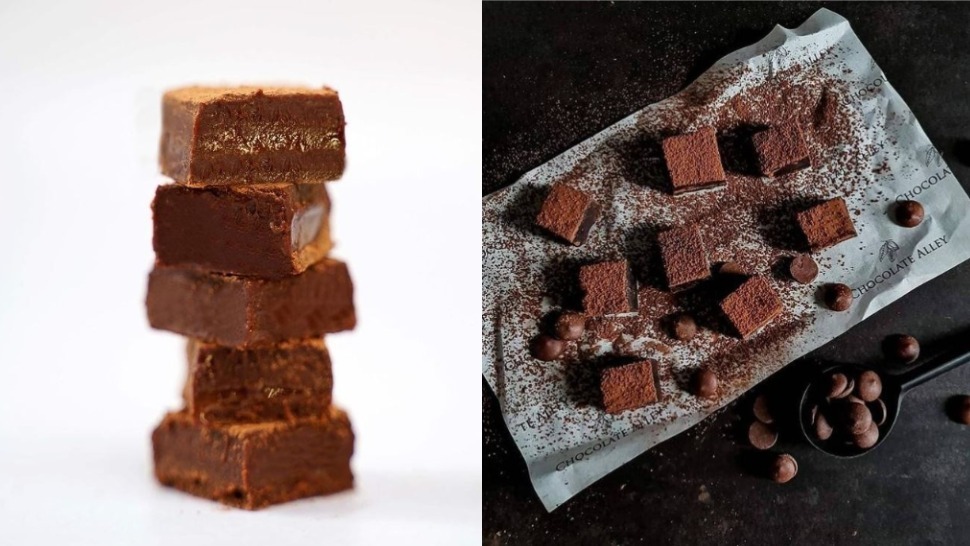 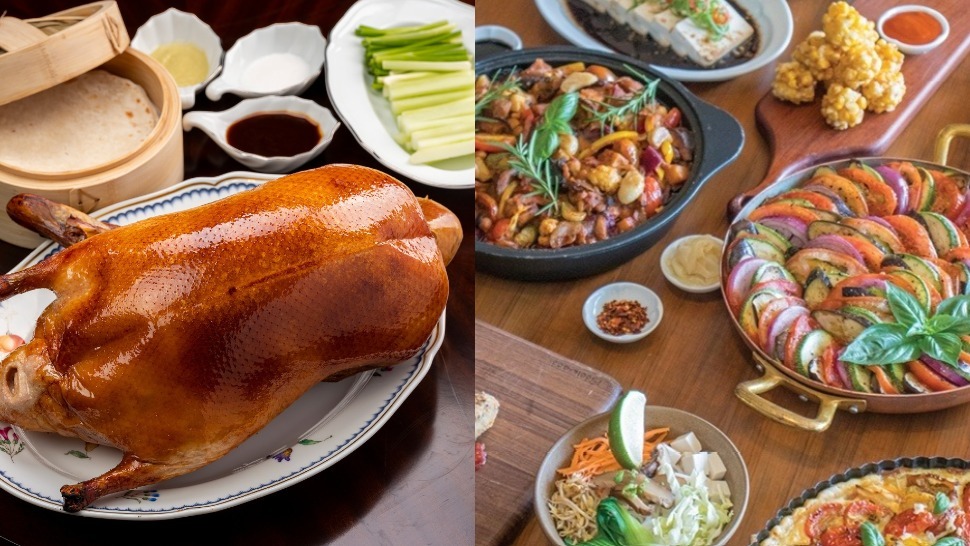 Where to Order a Complete Gourmet Feast for Mother's Day
More from EsquireMag.ph 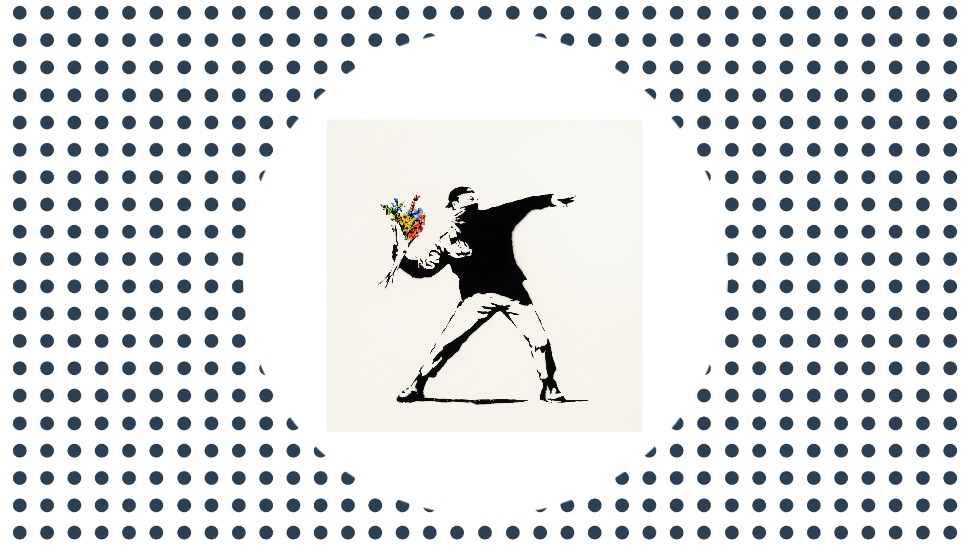