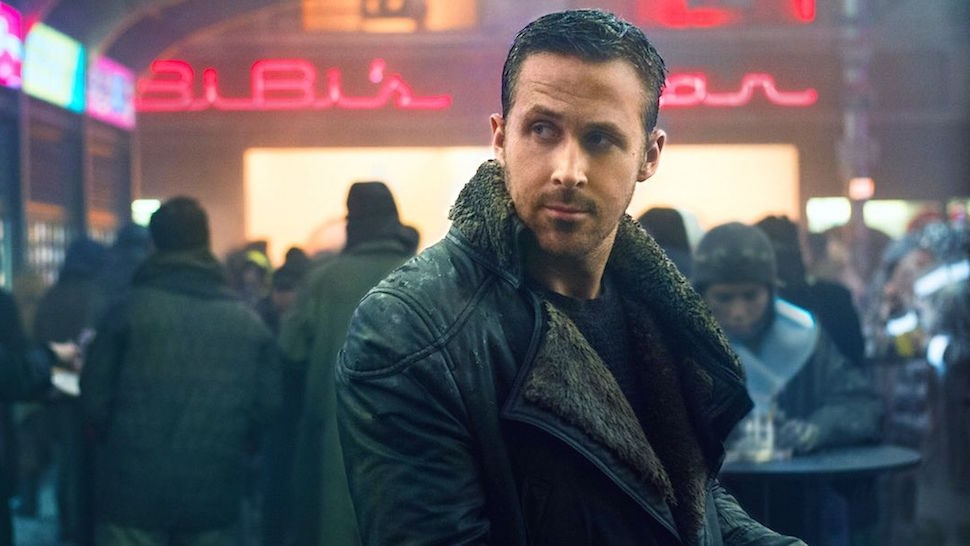 Between its premiere in 1982 and the final cut in 2007, eight different versions of Ridley Scott’s Blade Runner have been released—which perfectly illustrates the embattled existence of what is otherwise one of the greatest sci-fi films ever. It was originally shown in theaters with a studio-imposed voiceover (to Bladesplain the whole thing) and a “happy ending,” which saw its heroes Rick Deckard (Harrison Ford) and Rachael (Sean Young) riding off into a beautiful forest landscape—changes that execs believed would make the movie more accessible to the average dummy moviegoer.

And they weren’t entirely wrong! Because no one really got Blade Runner upon its initial release; unfortunately, these changes didn’t help, either. The ending didn’t fit the tone of the film, and the clunky voiceover was more of a distraction than a help. With that, Blade Runner was a box office flop. No one saw this weirdo sci-fi noir film based on a 1968 Philip K. Dick novel that was hardly a bestseller on its own. It’s amazing, then, that 35 years later we even remember Blade Runner, let alone regard it as such an influential piece of American cinema. And that’s because Blade Runner is fucking incredible, which fans and critics realized after the fact, thanks in-part to re-releases of the film that gave Scott full artistic control over his vision (specifically the 2007 Final Cut).

Blade Runner’s long, unwieldy history and various cuts make it pretty difficult to make a sequel 35 years later. It’s beloved by critics and fans, and it’s a movie that has inspired filmmakers (and plenty of copycats) for decades. Fans have spent the same amount of time rewatching and analyzing every nuance, theme, and clue. Blade Runner has—thanks to the support of its audience—risen to the top of the sci-fi pedestal. In sci-fi terms, making a sequel is like making The Godfather Part 4 or Raging Bull: Raging Even Harder.

One could only imagine the pressure put upon Denis Villeneuve (even fresh off Arrival's Oscar nominations for Best Director and Best Picture) to direct Blade Runner 2049. And I’m going to be very clear in saying it: Villeneuve absolutely pulled it off. 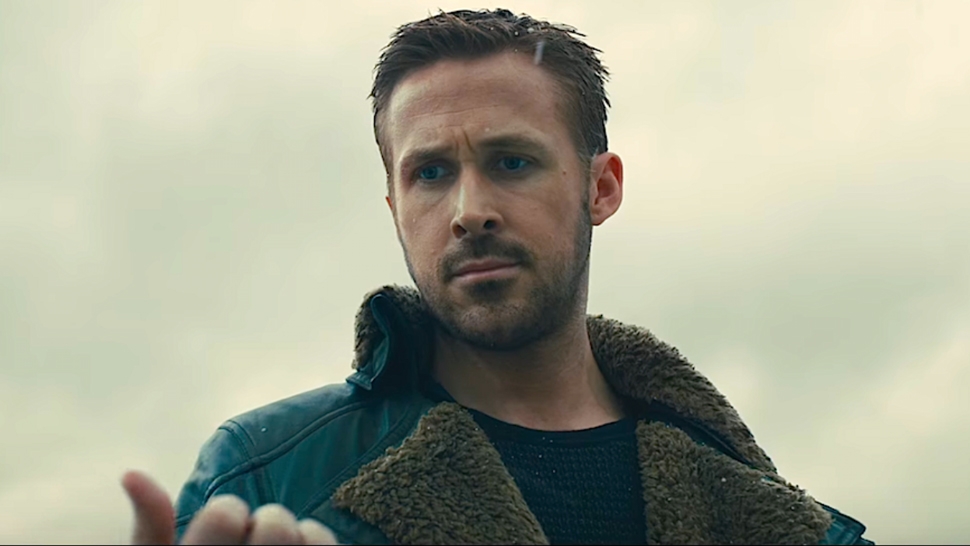 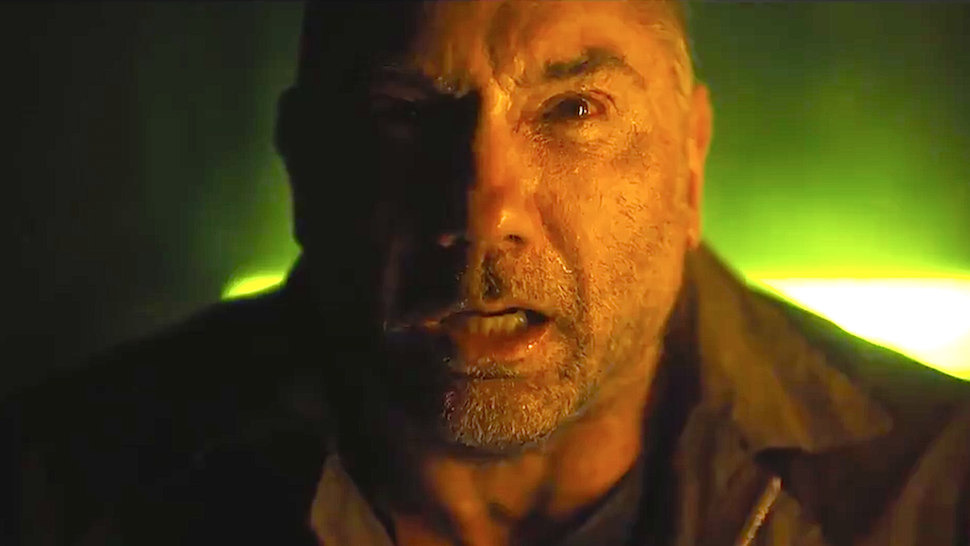 I could have sat through three hours of this thing with the sound off, just staring at the works of art on the screen. Nearly every frame looks like some sort of dystopian masterwork painting—a credit to cinematographer Roger Deakins, who should finally get his goddamn Oscar for this. Villeneuve has at once captured Scott’s style and expanded on it. Thirty-five years ago, Scott created an iconic and very ‘80s idea of the future. It’s a daunting task to recreate that in 2017 without it looking cheesy as hell. Yet—and this is thanks in large part to the parallel timeline jump in the film and the cyclical return of ‘80s trends—Villeneuve’s L.A. in the year 2049 is equally shocking and evocative.

The last remnants of humanity on Earth scuttle through a near-future urban hell grid of towering holographic advertisements and monolithic corporate temples run by executives who consider themselves gods. The rain is relentless—like the final dying spittle of the natural world. Globalization has destroyed any singular cultural identity. But we also get to see outside of this L.A. imagined by Dick and first visualized by Scott (who produced this sequel): the vast solar farms, the orange abandoned Las Vegas fallout, and the mountains of human waste. Each setting pushes the scope and understanding of this world—of what could be our world. Following Arrival, Villeneuve has firmly established himself as a master of the genre. And Villeneuve’s most stunning touch is how he visualizes an ecological dystopia with little to no explanation. Gosling flies over San Diego, where massive walls hold back the ocean. He eats slugs for dinner, imagining cows still existed for him to have meat. The only farm is a toxic vat of algae baths to harvest protein. It calls to mind the biopunk climate science fiction of Paolo Bacigalupi’s The Windup Girl.

And, in a continued attempt to avoid spoilers, here's the most vague plot description I can provide: Gosling plays LAPD Officer K, a Blade Runner who, in the process of hunting down rogue Replicants, comes across an explosive secret. It's a case that is pivotal to the future of the human race remaining on the planet, which connects to the events in the original film, along with the all-powerful corporations that still use Replicants as slaves to prop up a dying race.

Without creating a nostalgia trip, Blade Runner 2049 captures what Scott had intended with his original movie (the movie that eventually was released on DVD). The costumes—Gosling’s coat, Mackenzie Davis’s furry hat and jacket—all stay true to the style, which even high-end fashion designers are recreating today. Even Gosling’s performance as the determined and analytical investigator matches the tone of the original. Thematically, Blade Runner 2049 continues to develop the ideas Dick explored in his book. Though often conspicuously placed, Blade Runner 2049 is still at its heart a movie about what it means to create and what it means to be human. Hell, even Gosling flipping through images telling the computer to “enhance” and “stop” on certain quadrants is a fun reference for fans that just fits without feeling forced.

But what does any of this mean for people who saw Blade Runner 35 years ago or never saw it at all? There’s no denying this movie will be a challenge. Some people might not even remember that Blade Runner was hardly an action movie; it’s more of a futuristic private eye procedural. The slow pace and light action might come as a surprise for some, considering the movie’s three-hour running time. Again, this is Villeneuve sticking to the speed of the original source material, and he does his best to appease more casual fans. This script is certainly more audience-friendly than Blade Runner’s (without the voiceover, thankfully). Certainly, some beautiful monologues from Jared Leto’s Niander Wallace about creation lack nuance, but considering this movie is looking at a $40 million debut, the whole thing can't be told through subtext. That extends to the general plot, which sometimes feels more like a very fancy episode of NYPD Blue than anything Philip K. Dick would write. And if casual viewers find themselves confused by the talk of Replicants and Nexus things, they can just sit back, look at it, and enjoy the ride.

It took Ridley Scott eight tries to make the Blade Runner he wanted. He eventually got there, and it was worth the wait for Blade Runner to eventually become a sci-fi classic. But it was also worth the 35-year wait for that movie’s sequel. In its first try, Blade Runner 2049 is the movie Scott wanted and audiences have deserved for more than three decades. If the original is any sort of case study, it’s too early to call Blade Runner 2049 a classic. But after Arrival and now 2049, it’s safe to consider Villeneuve a modern visionary of sci-fi filmmaking. 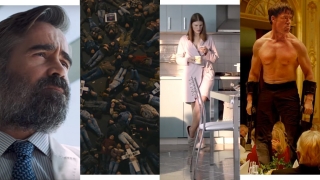