For over 40 years, we’ve seen the twists and turns of this film extravaganza. 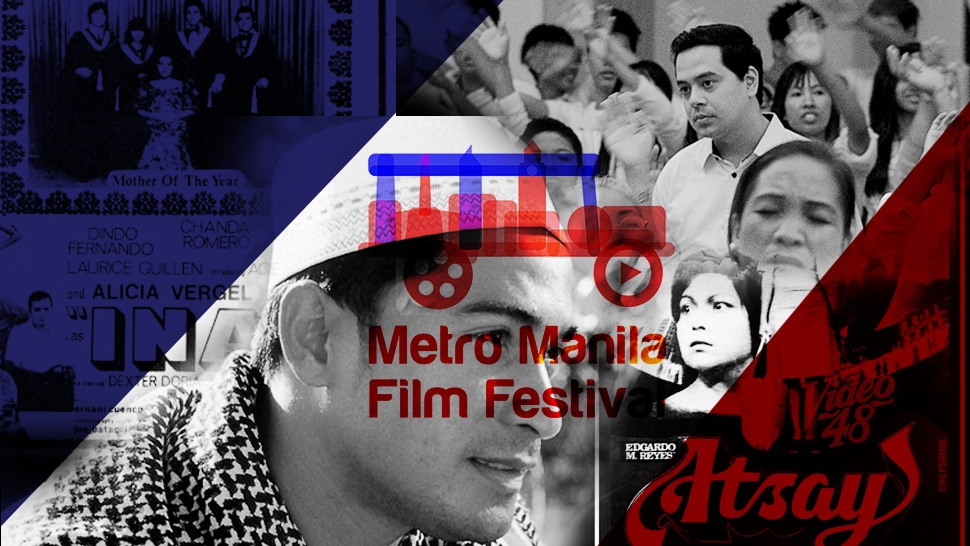 The Metro Manila Film Festival (MMFF) is a martial law baby. It was launched in 1975, shortly after Metro Manila itself was formed. Since then, it has featured a variety of movies—from cinematic gems that made you want to shout, "Pinoy pride!" to celluloid drivel that should never have seen the light of day.

That said, the recent resignation of MMFF executive committee members Kara Magsanoc-Alikpala, Ricky Lee, and Rolando Tolentino is just the latest in the more than 40-year history of the MMFF. In other words, we have seen this movie before. The three are just continuing the uphill battle of trying to amp up the quality of MMFF films. They have great intentions. Sadly, not a lot of people will see where they’re coming from.

The MMFF has experience some pretty crazy controversies over the years. In fact, these often-surreal events could easily be movie plots. Here are some of the most mindblowing ones.

Shake, Rattle, and Walkout (1977). Director Lino Brocka walks out of the awarding ceremonies because he reportedly couldn't take the fact that the Celso Ad. Castillo’s Burlesk Queen won eight out of 10 awards (including Best Picture). Brocka was said to have "thrown invectives" at fellow thespian Rolando Tinio, who served as the chairman of the panel of judges. Meanwhile, Brocka's film Inay (starring Alicia Vergel, Laurice Guillen, and Chanda Romero) didn't get any awards. Rating: R-16 for stong language.

Ang Tanging Award (1978). For some reason, the MMFF decides not to hand out any awards for Best Actor, Best Actress, Best Supporting Actor, and Best Supporting Actress. In lieu of all these awards, they gave just one—Best Performer—to Nora Aunor for being the title character in the movie Atsay. This was considered a shocking turn of events as fortunetellers had reportedly predicted that Vilma Santos would win the MMFF Best Actress award for her work in Rubia Servios. Rating: G for "Good for you, Nora." (But we love you, too, Ate Vi!)

Not Worthy (1986) and Not Worthy Reloaded (1994). The MMFF decides not to give out any awards for Best Picture, Best Story, and Best Screenplay. One of the MMFF jurors, Tingting Cojuangco explained: "None of the seven entries deserved these awards." She further pointed out that the entries that year (Bagets Gang, Bangkay Mo Akong Hahakbangan, Halimaw, Payaso, Salamangkero: The Magician, and Tuklaw) didn't promote "positive Filipino values." The same thing happens in 1994, when MMFF juror Alejandro Roce also announced that none of the films (Kanto Boy 2: Anak ni Totoy Guwapo, Lucas Abelardo, Mama's Boys 2: Let's Go Na!, Ang Pagbabalik ni Pedro Penduko, Shake, Rattle & Roll V, and Wanted: Perfect Father) deserved to be hailed as Best Picture. Rating: Not applicable

Man in the Moon (2001). Cesar Montano gets the Best Actor award for Bagong Buwan, but he can't take the fact that the movie didn't get the Best Picture award, which went to Yamashita: The Tiger's Treasure. Montano expresses his displeasure in his speech, saying, "For me, Bagong Buwan is still the Best Picture. Wala nga lang kaming trophy. Bibili na lang kami ng trophy sa Recto. (We just don't have a trophy. We'll just buy one in Recto)." Recto, of course, is an area in Manila that's notorious for being a haven for forgers and counterfeiters. Rating: B+++ for the intense bitterness.

That '70s Show (2002). The cast of Dekada '70 took their cue from Lino Brocka's 1975 move. They walked out of the award ceremonies after writer Lualhati Bautista failed to win the Best Story and Best Screenplay awards. Those awards went to Mano Po. Rating: R-18 for Lualhati Bautista fans cursing the injustice.

Mad Magic (2006). Enteng Kabisote 3: Okay Ka, Fairy Ko: The Legend Goes On and On and On gets the Best Picture award because the MMFF organizers decided that the film who earned more deserved the award. Many people considered this a not-so-magical decision. Rating: EB for Eat Bulaga! 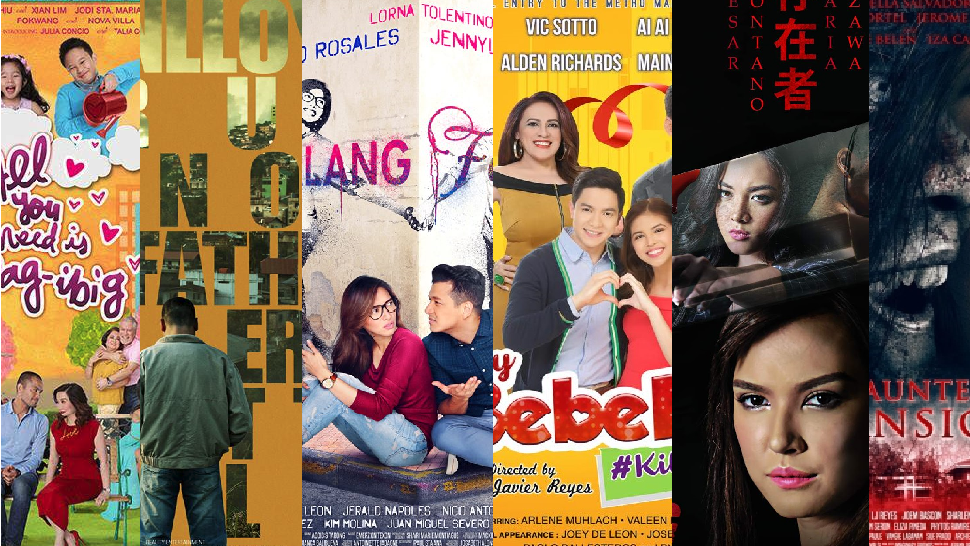 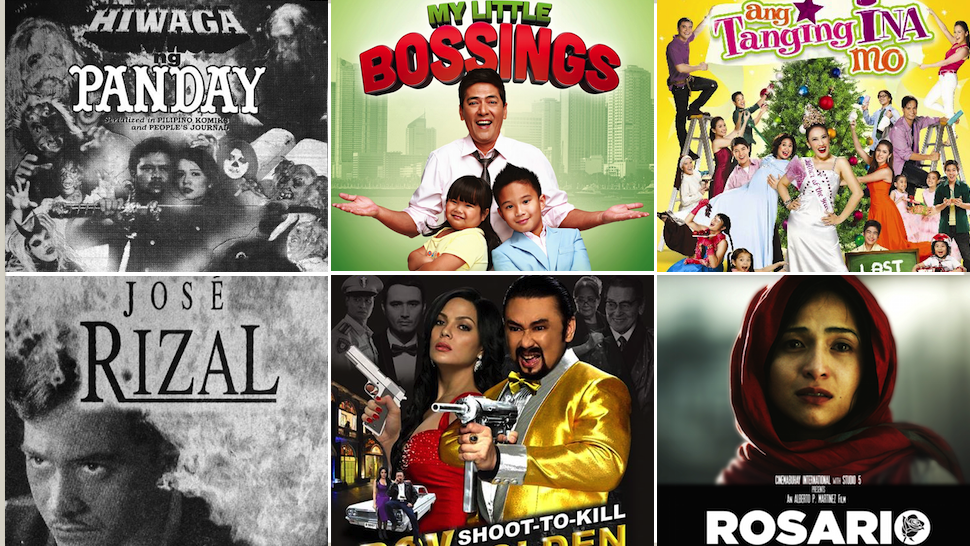 Love in the Time of Lani (2007). The MMFF awarding ceremonies finishes in less than an hour. The story is that the MMFF organizers rushed the whole thing because there was a Lani Misalucha concert scheduled after the event. Rating: WTF! (To be clear: It's not Lani Misalucha's fault.)

That Thing Called, “No Thanks” (2011). Director Amable "Tikoy" Aguiluz rejects the Best Director award. He explained that the movie Manila Kingpin (starring Jeorge "E.R." Estregan a.k.a. ER Ejercito) was edited sans his consent to the point that it was "beyond recognition." Rating: T for Totally Understandable.

Who's Your Daddy? (2015). The Erik Matti-helmed Honor Thy Father (starring John Lloyd Cruz) gets disqualified for the Best Picture award because it was supposedly among the Cinema One Originals films. Rating: B for one box of Biogesic needed for the headache that you get from trying to understand why this happened.

This Dog's Life (2016). Director Alvin Yapan's MMFF entry Oro gets slammed by animal rights advocates when it's revealed that a dog was actually killed on purpose for the movie. Rating: X for the needless death of the poor dog. 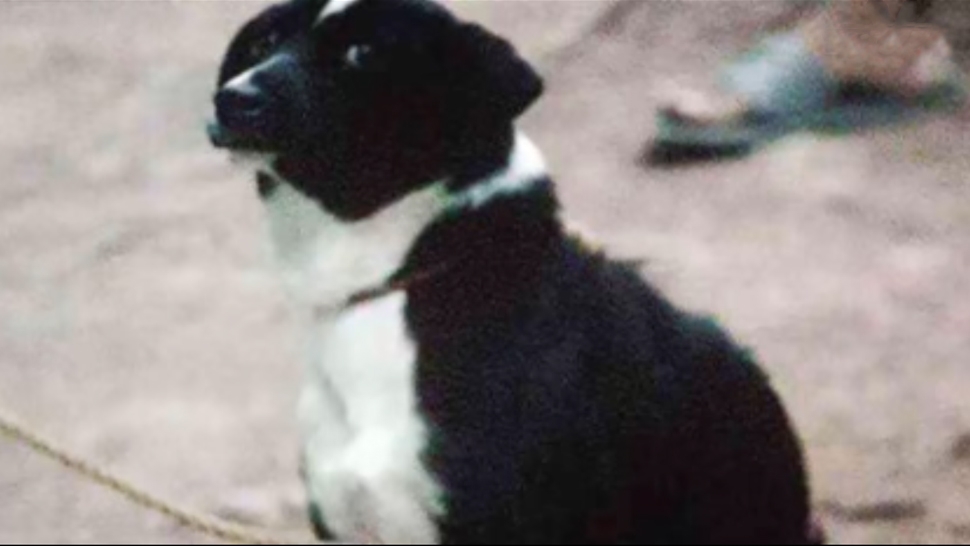 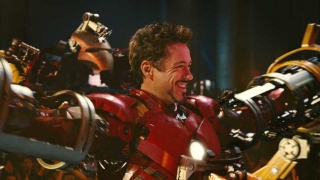 Robert Downey Jr. Has a Pretty Great Reason for Retiring as Iron Man
All Photos
Comments
View As List