In which we review this nifty gadget and also let you know about rescue cats at CARA. 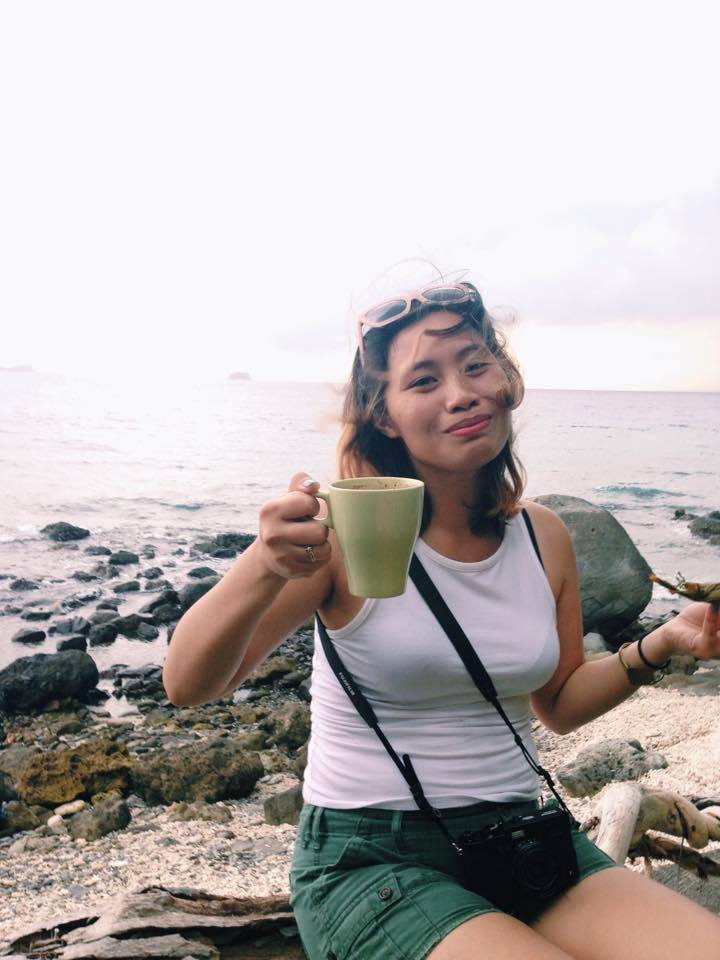 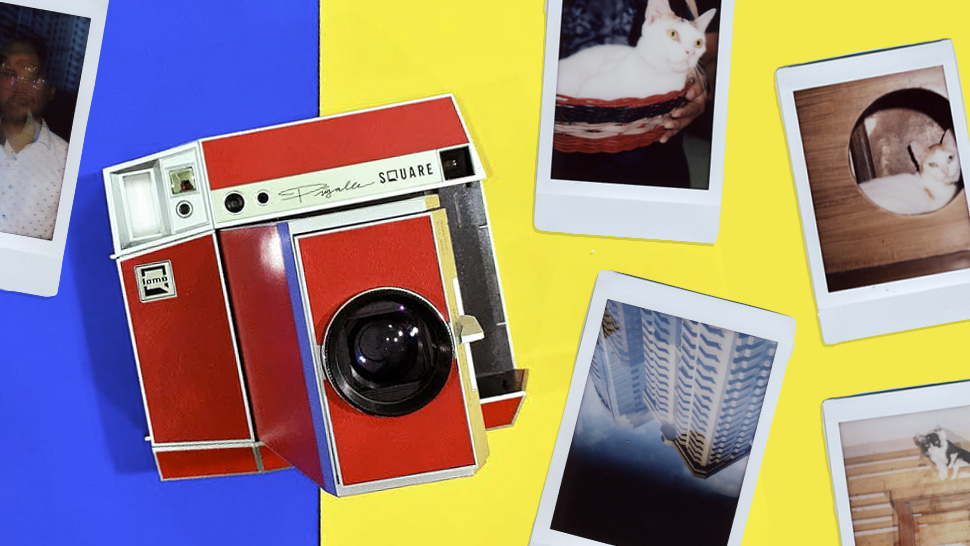 So, you got your hands on Lomography’s gorgeous new Lomo’Instant Square.

But let me guess: the contents inside the packaging are looking a little intimidating. The camera, for one, when folded looks both impenetrable and fragile at the same time. The Pigalle edition, clad in stylish, velvety red fabric makes it seem almost too delicate to handle (read: buy a carrying case, you don’t want a scratch on this thing). And the latch to pop the camera open and turn it on requires a little more force than one is comfortable with applying on a plastic hinge. 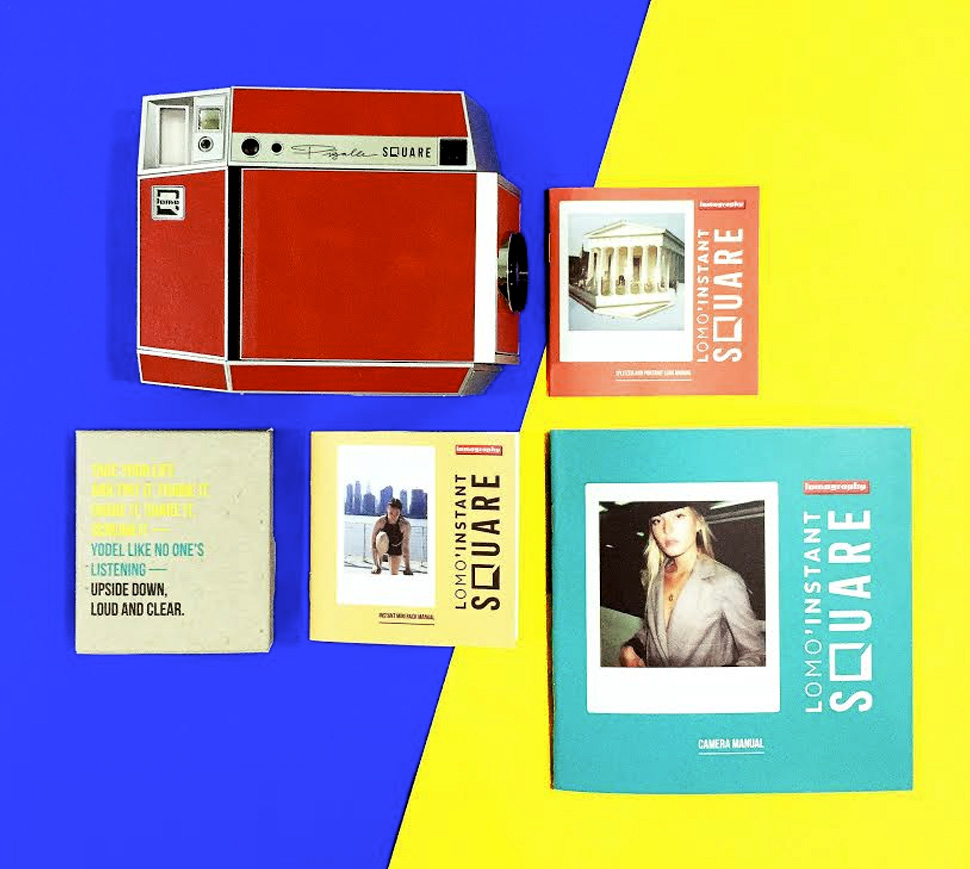 Then there are the bells and whistles that come tumbling out: color gel flashes, a portrait lens, a Lomo splitzer image splicer—all of it new, overwhelming even to the casual instant photography enthusiast who’s probably used to more common electronic one-click wonders.

But, like many intimidating machines, give yourself some time to grow accustomed to the Lomo’s parts (seriously, read the manual this time). With enough patience, its range of creative possibilities will soon be beloved not only by you but even those who may still be hanging on to their old SX-70 Polaroids. 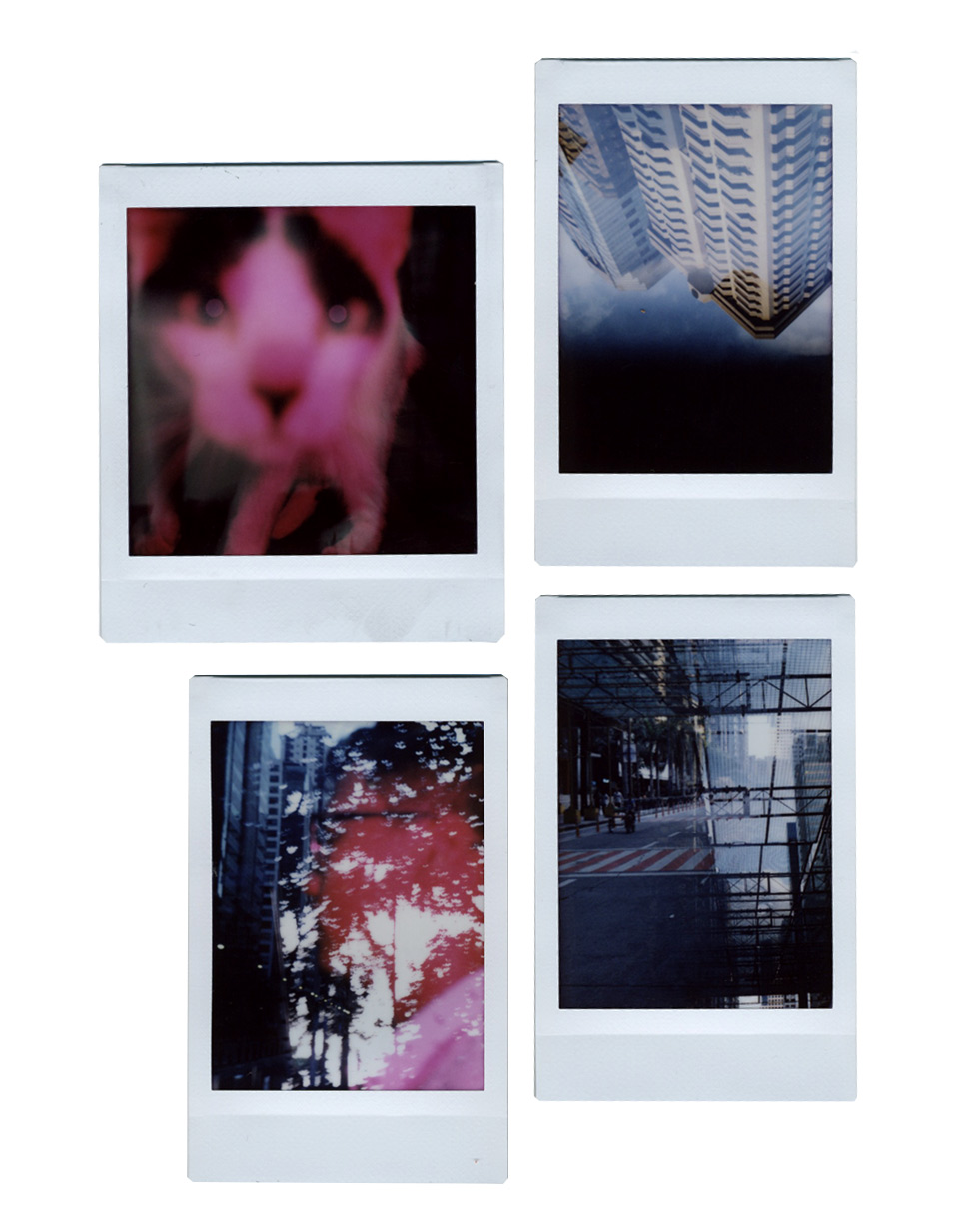 Naturally, you’ll want to take this baby out for a spin. First things first: purchase a lot of film. The Lomo’Instant Square is a beast made to be experimented with and it’s going to take you more than 10 slides to get the hang of it. It definitely isn’t meant to be used as a point-and-shoot.

But that same design means there's more room for artistry here than previous iterations of the Instax. Long exposures, multiple exposures, shallow depth of field—each feature has its own sweet spot. While the Instax Square may be the default film, this Lomo is conveniently equipped with an alternative back for all you Instax Mini fans out there. 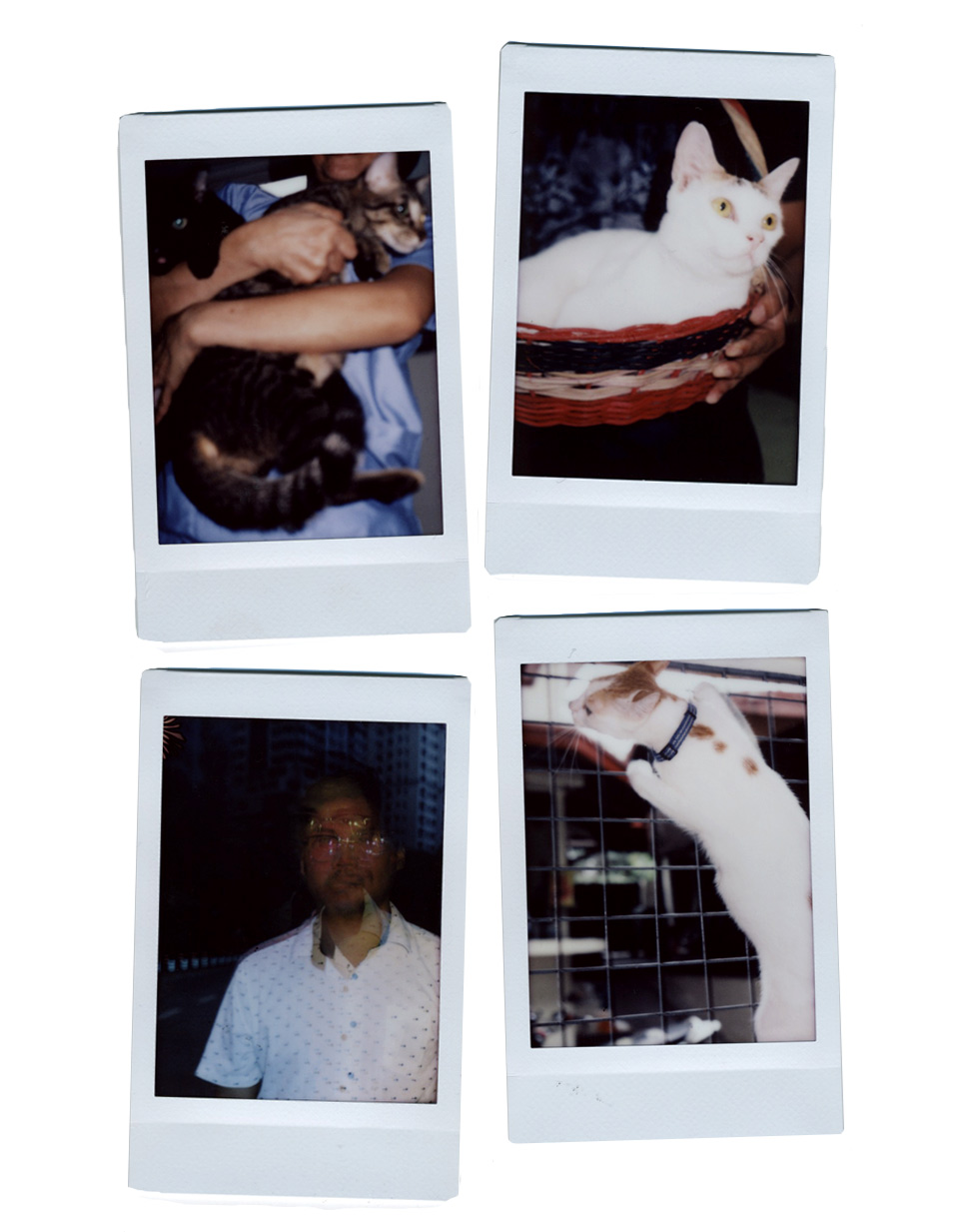 I spent my first 20 frames taking photos of cats, the least practical subjects for a sitting. Because, hey, if you’re going to test a gadget out, you might as well push it to its limits. And what could challenge a film camera more than the finicky, manic energy of felines who refuse to sit still for a damn photo? At least the cats (and lovely humans!) at CARA Welfare Philippines were mild-mannered enough to accommodate me while I spent an afternoon stalking them in their own space. They didn’t even mind the flash. Hilariously, attempting to pin one of them down for a proper portrait was absolute havoc. More than once, a curious cat will come in a little too close and cover the entire frame with its snout. 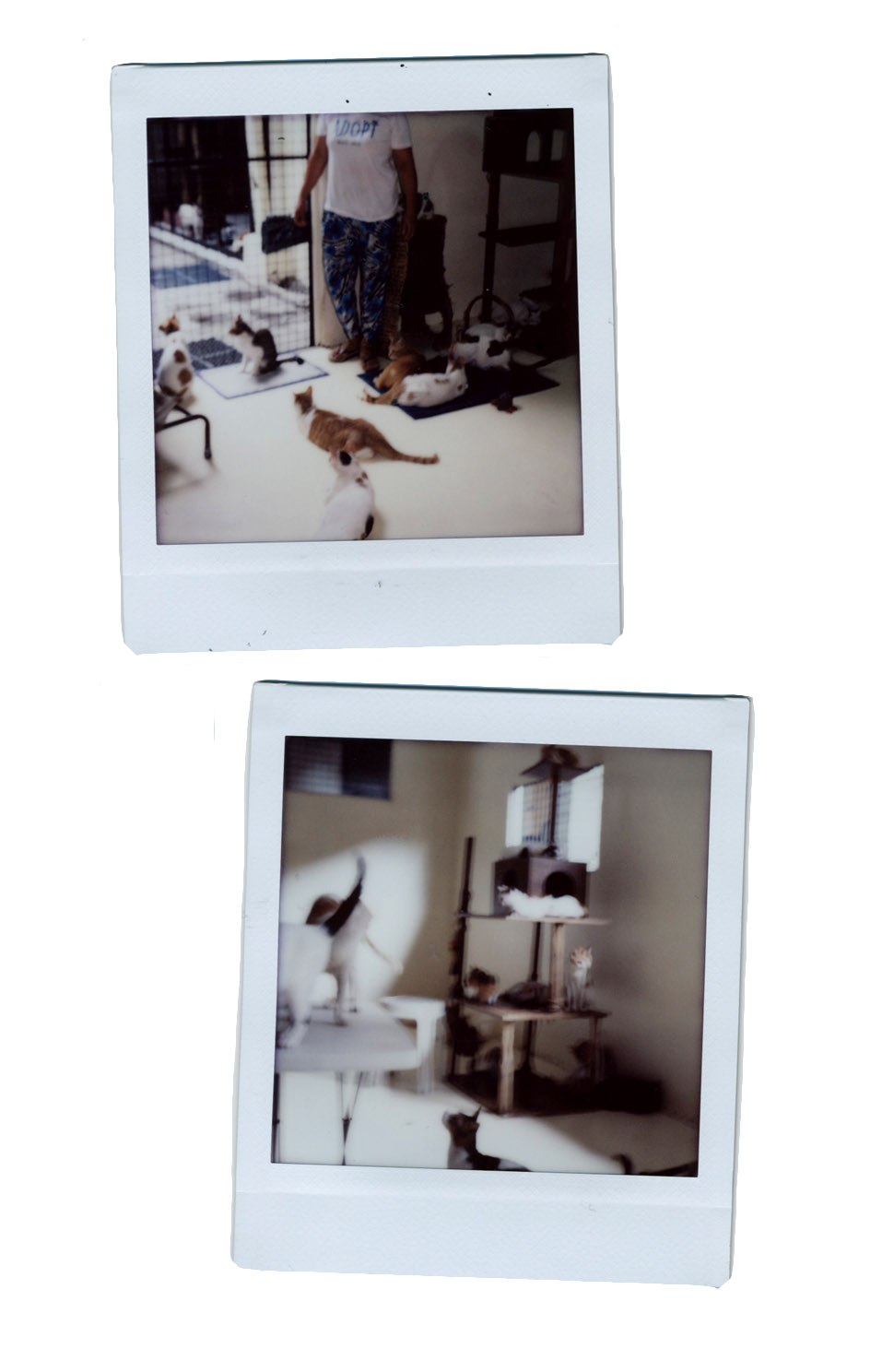 The most challenging aspect of working the Lomo’Instant was probably keeping the manual focus in mind, especially when you’re dealing with moving targets. In addition to the three available focal ranges, this Lomo comes with a portrait lens that produces some impressively sharp images at a close distance. Used alongside the flash (the best that I’ve seen on an instant camera so far), it came out with some really vivid images. But I’d constantly keep forgetting which focal setting I was on or whether I had the lens screwed on or not. Even getting used to the mechanics behind the splitzer—this tiny dial made to splice images and play around with multiple exposures—was tricky. But every odd frame that materialized was further encouragement to play more, try more. 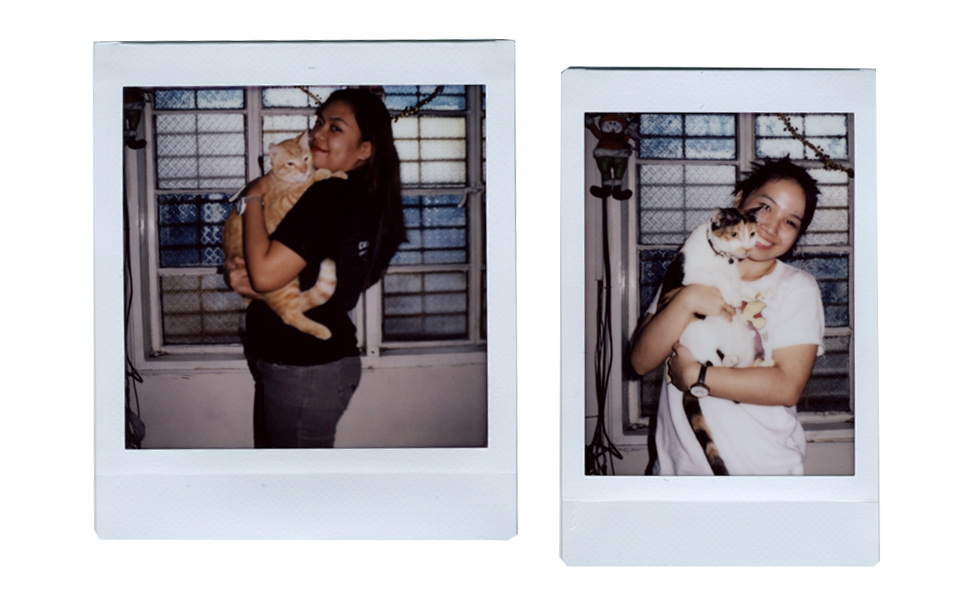 This makes me think that the Lomo might not be best for when you’re shooting from the hip. It really shines when you’re carefully composing a scene and being intentional about the method of experimentation. Plus, leaving it open and turned on for too long with its rubber bellows exposed just seems irresponsible, an invitation for disaster. And just the simple motion of opening and closing the camera forces you to add a more considered dimension to the photographs. 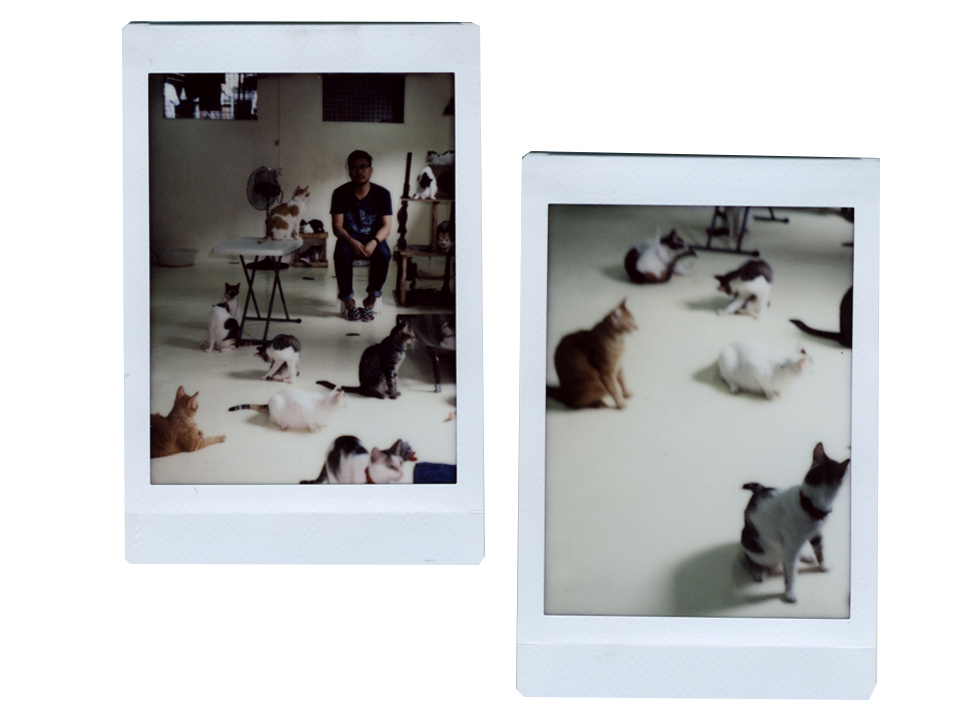 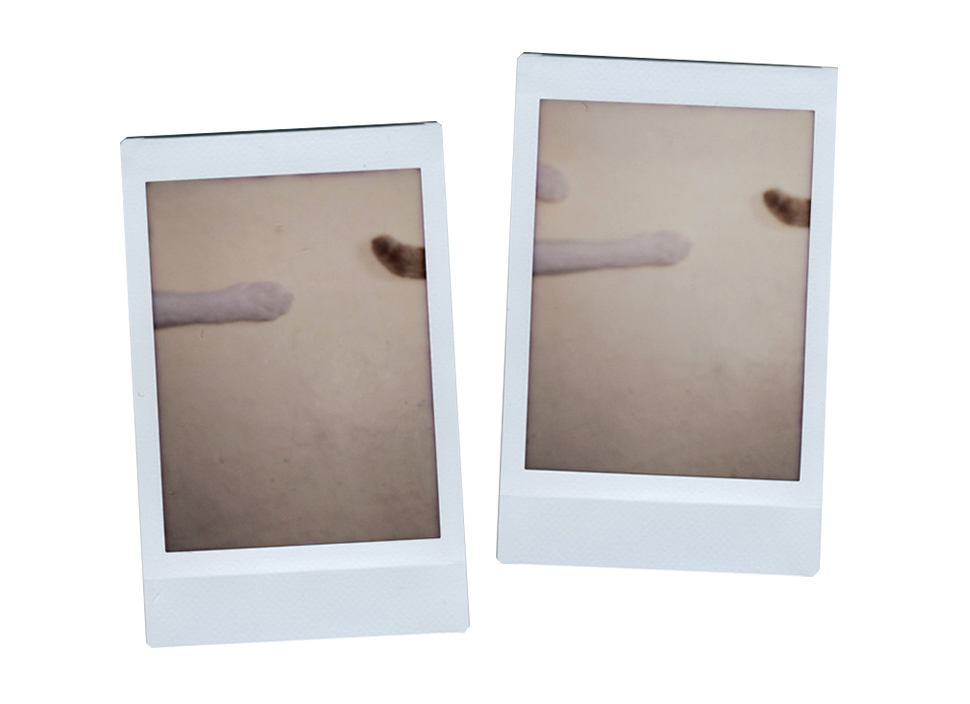 There’s a lot of room for mistakes—a blurry photograph, a burst of colored flash gone wrong, maybe even an unfortunate usage of the long exposure—but the fun thing about the Lomo is that it's designed especially for moments like that; beauty in the things that go wrong. Integral to Lomography’s philosophy towards photography is fun and spontaneity, all which is perfectly expressed through the Lomo’Instant Square.

All the animals photographed here are under the care of CARA Welfare Philippines. Please visit the CARA gallery for information on adoption.

About The Author
Fruhlein Econar
Fruhlein Econar is a photographer and writer. She is currently the Features Editor for GRID magazine.
View Other Articles From Fruhlein
Get The Latest Updates From Esquire!
Subscribe to our newsletter!
Latest Feed
Load More Articles
Esquire Money