How One Man Recovered from Losing His Job and Daughter

'The pain never goes away... but there's alway something else after.' 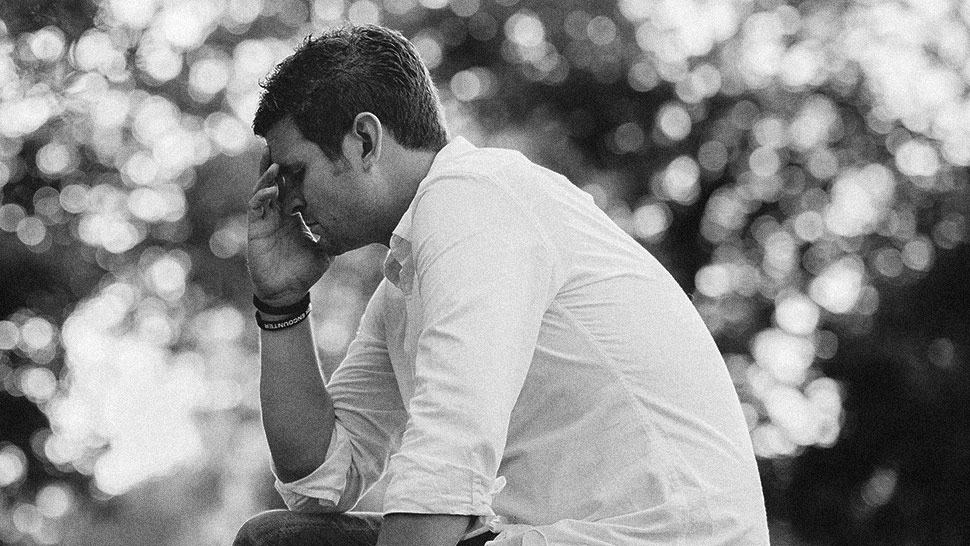 Being a husband, father, or even a boyfriend is a confusing yet fulfilling role. The Husband Handbook, a collection of stories about the intricacies of relationships, is here to sort things out. This is the manual on how to have a happy life with the wife, the girlfriend, the kids, and the family.

This week, we delve into the one thing that husbands fear the most: Niel Reichl, an online marketing expert and digital marketing agency owner, lost his job and daughter in a span of three weeks. Here's how he picked up the pieces after the devastating loss.

“I was on my fifth month in my new job at a pharmaceuticals company, coming from another pharma company. I was seeing good numbers in terms of my performance, and I was expecting a promotion within six months.

“Unfortunately, my former employer, who was a competitor, wrote my boss and told him that they hired me within a year of me leaving them, which was against the rules of the industry. The letter said that my new employment at the pharma isn’t good for the interests of the two companies because of the impression it will leave on doctors who will interact with me. It puts a bad light on both companies when they see a medical representative serving two companies in a span of a year.

“One day, I was called to my boss’ office. I got excited. I was thinking of a promotion. I even uttered a joke to my boss, saying “Boss Edwin, you’re not going to fire me, right?

“His response gave me the shock of a lifetime: ‘How did you know? Who told you?’ More than the words that came out of his mouth, it was his expression that convinced me it was real. At the time, my wife was pregnant and was due in three weeks. I didn’t know what to do.

“Sure, I had some savings, but I didn’t expect to get kicked out. I lost my insurance, everything. My boss took me down to a coffee shop in Valero Street, and it was there where he handed me the papers. It was either I get terminated, or I am given the dignity to resign. No benefits.

“Normally, the last pay would be given after 60 days, but they gave me until the end of the week to keep the company car, to tell my wife. They made sure that they processed my last pay within three weeks so that I have cash when my wife gave birth in three weeks. So I guess I should be thankful, because instead of 60 days, I received my back pay earlier.

“After I got laid off, my wife and I saw this segment in a television show that suggested to sell at schools, so we sold iced candy. We weren’t really poor, but the idea is to start a small business and grow it. So that’s what we did: My wife made the iced treats, and I sold them at public schools dressed as a salesman, wearing long sleeves and tie while carrying a styrofoam box filled with iced candies. With a capital of only P300, that translated to a profit of P700. Not bad. Our iced candy business temporarily got suspended.

“Weeks later, my wife and I were in the hospital because my wife was due to give birth. That was September 21. When the doctors attached the fetal monitor to my wife, they were having a hard time hearing the baby’s heartbeat. After a few minutes, the sonologist said that the doctor will talk to us. At that point, my wife was already in tears and panicking, asking what’s wrong. ‘Why? What’s happening?’ she said. I told her that they just couldn’t find Sandy’s heartbeat.

"Outside the birthing area, the doctor broke the news to me, which I refused to believe. 'Your baby is gone.' When I pressed for more information, the doctor just told me, 'I am sorry, I cannot say anything anymore. It has to come from your OB.'

“I went back to the delivery room, and I sat down beside my wife and told her, ‘It’s okay, they’re just looking for the baby’s heartbeat, but it’s all fine. The doctor is on her way.’ She didn’t have a clue. I didn’t tell her the truth.

“After that, I excused myself. I called my mom, my brother-in-law, my mother-in-law. 'I need you here now. The baby is gone,' I said. When my mother-in-law arrived, I was still beside my wife, who was awake and became suspicious. 'What’s this? What’s happening?' she asked. I told her that we should just wait for the doctor.

When the OB arrived, she just went to me, hugged me, then hugged my mother-in-law, saying she was so sorry. That’s the moment when it kicked it that our baby was truly gone. And then we had to tell my wife: 'Honey, Sandy is gone.'

It was the darkest experience. I wouldn’t even wish it on my worst enemy. It was extremely awful. Our worst fear was that everyone was so excited about our baby, that they would be asking, 'Is it a boy or a girl? How many pounds is the baby?' That’s our worst fear and we dreaded answering the question.

“I am a really optimistic person. When I lost my job, I just looked forward to my wife giving birth in three weeks’ time. After I got laid off, my wife even said to me, ‘It’s okay, what’s important is that we have a child.’

“At that time, she hasn’t given birth yet. She had to be induced to deliver. While she was delivering to a lifeless baby, we were still hoping that Sandy would wake up and be alive.

"After that, we shut ourselves for more than a month, we never went out of the house. It was the darkest experience. I wouldn’t even wish it on my worst enemy. It was extremely awful. Our worst fear was that everyone was so excited about our baby, that they would be asking, 'Is it a boy or a girl? How many pounds is the baby?' That’s our worst fear and we dreaded answering the question.

"Did the question ever come? It did. When I stepped out of the house for the first time, I walked around the village, and met this elderly couple from our street. 'Oh, how are you? Did your wife give birth already?' When they said that, I sobbed. When they asked why, I said, 'Our baby is gone.'

"That was the day that changed me. I cried in front of two strangers who weren’t close to me. Something that this elderly couple said that really struck me. It was at that point that I accepted everything and began opening up to people: To my mom, whose calls I’ve been rejecting since Sandy’s passing. When I finally accepted her calls, she said the same thing: 'Don’t forget that you have a wife who needs you more than ever. So even if you’re crushed right now, you have to be strong, I don’t know how, but be strong because your wife needs you.'

But you want to hear the hardest part? It’s when your tita tells you, 'Just make a new baby. You're still young, you can still make more.'

"After that incident, it seemed like everyone in our village was told not to ask us about it. For our relatives who didn’t know, friends who didn’t know, I was the one answering all questions. If it was already very painful for me to answer those questions, what more for my wife?

"But you want to hear the hardest part? It’s when your tita tells you, 'Just make a new baby. You're still young, you can still make more.'

"One time at a swimming party, an uncle also asked, 'How many years have you been married?' We told him six years. 'Do you have a child now?' We said no. 'Why? Who has a problem?' When I explained that we lost our baby, the uncle was relentless and said, 'Why don't you just have another baby?' My wife swam away to avoid the situation, but I wanted to strangle and drown him even if he was over 80 years old.

"But then, reality set in. Bills are still coming in, you still have to pay cards and everything. The thing is, even if you’re depressed, your electricity bill never gets depressed. You can count on it that it’s always on time.

"When I tried to return back to schools with our iced candy business, the staff at the canteen asked my how my wife was and how our baby was. That’s when I realized that people are good. When the teachers found out what happened to us, they began contacting schools in Muntinlupa and told their friends to help us sell our iced candies. It came to a point when even the principals and school heads heard of my story, and they all became very supportive of me and my wife. All we had to do was leave our products at their canteens, and come back later with the entire goods sold out, including the bottled chocolate milk my wife made.

“Of course, it was all grit and hard work. We had to wake up at three in the morning and deliver the goods to the schools, whose canteens opened at 3:30 a.m. We had no room for ego or pride. Imagine carrying all those 300 bottles on your own, even my wife was carrying the loads, even when she was still recovering from giving birth.

“That was very difficult. Even up to now, with my wife, we have a nursery. A baby room. It had a crib, a rocker, everything. Before you get to our room, you get to pass by that baby room. For a whole month, we weren’t able to sleep in our room because we would see the baby room. The first time that we slept in our room, my wife still kept crying. It was that painful. There are no words to describe the trauma of losing a child.

“What I learned is when you know someone who has gone through what we’ve gone through, you don’t have to say anything, not even say you’re sorry. You just have to be there. That’s the only thing that a grieving person needs, your presence.

“The pain never goes away, that’s what I learned. I’ve probably shared this story more than 50 times with different people. It’s still painful. Even for me as a man, who didn’t get pregnant, who didn’t experience all the necessary precautions of pregnancy, it’s still painful. So imagine how much more painful that is for my wife. On the brighter side of it, somehow things happen, but there’s always something else after it. You just have to deliberately think and will that something else will happen.”

As told to Mario Alvaro Limos 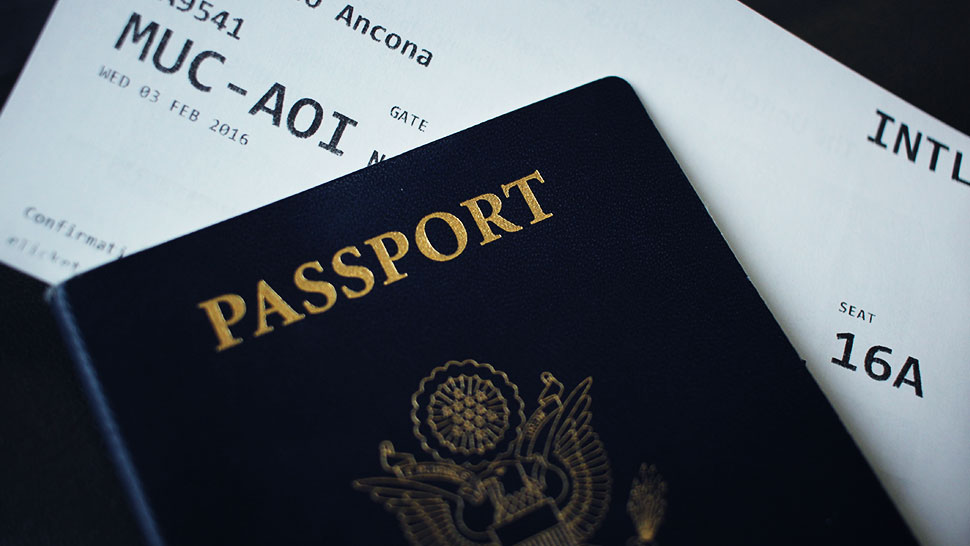 Your Boarding Pass Could Be Your Golden Ticket to Free Wine Tastings, Ski Sessions, and More 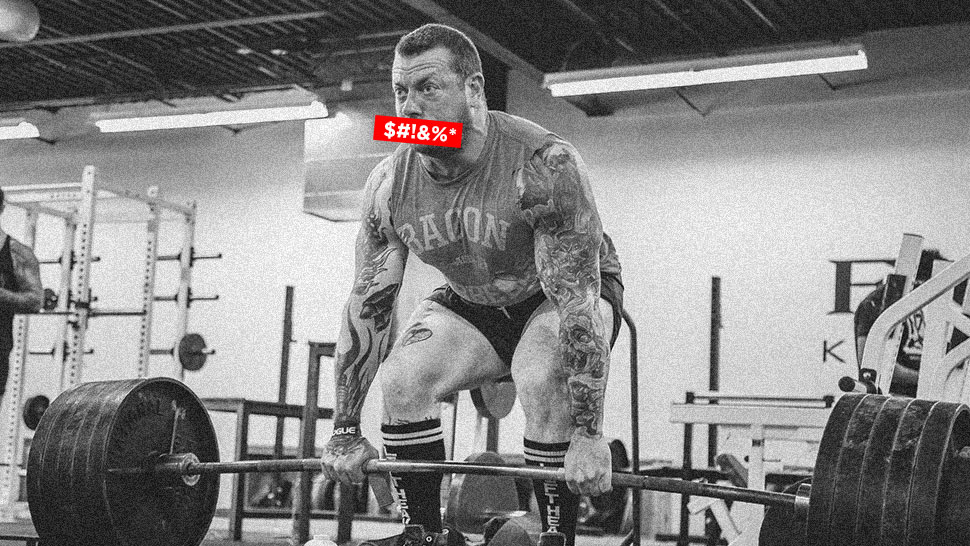