Poor Accommodations, An Almost Last-Minute Cancellation: All the Other Times the Philippines Hosted the SEA Games

This wasn't the first time athletes had trouble with accommodations 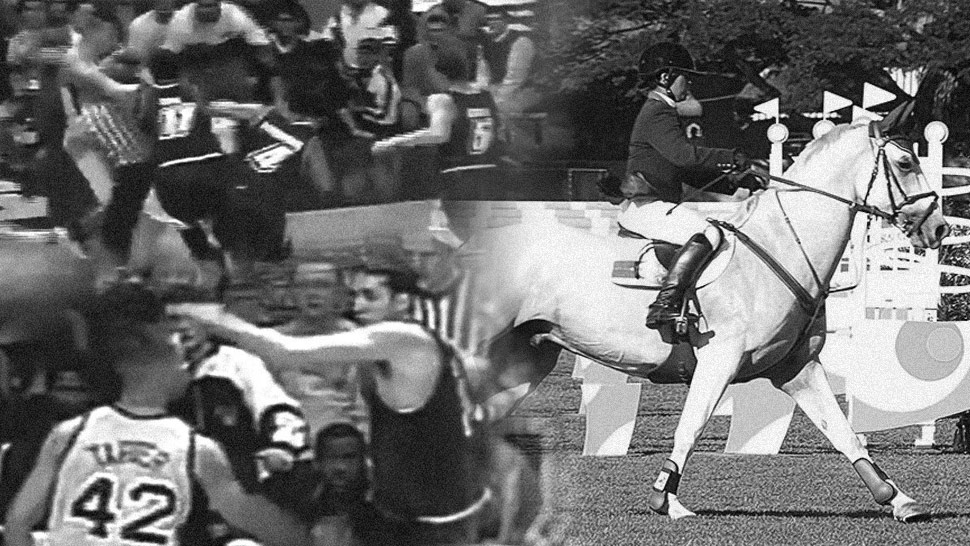 It's odd to think about all the complaints regarding the upcoming 2019 Southeast Asian Games, especially because it's not the first time that the country hosted the prestigious sporting event. Prior to this year, the Philippines hosted it three other times. You'd think that we'd learned from past mistakes, but apparently history likes to repeat itself.

Hosting the games is a matter of Filipino pride. It is a venue to showcase the world-famous Filipino hospitality, which is why the country was ecstatic when it won the bid to host the 30th edition of the games. Though there was a lukewarm reception to the logo (see SEA Games Logos Through the Years), Filipinos were still excited to be at the front seat of world-class sports.

A few weeks before the SEA Games, however, organizers ran into several controversies: an allegedly overpriced cauldron, incomplete venues, as well as logistical and management issues that inconvenienced both local and international athletes.

Netizens are bemoaning these circumstances. It’s not our first time hosting the games so why does it seem like we’re novices in this field? How did we even fare in organizing the past SEA Games? Did the past games really go without a hitch?

The 1981 logo seemed to have been inspired by the Art Deco movement, with its bold and hard lines, sharp edges, and dark hues.

The Philippines first hosted the event on December 6 to 15, 1981. Research suggests that the sporting event became a “valuable aid to diplomacy in promoting the Philippines to be politically stable and economically progressive despite the stigma of Martial Law in the country."

The opening ceremony was held at the historic Rizal Memorial Sports Complex. It was a colorful and lively ceremony, as expected from any Filipino function. A new football stadium and indoor arena was built in Pasig and named the University of Life Track & Field and Arena or ULTRA.

One of the highlights of the game was 16-year-old Lydia De Vega who won the 200-meter run in record time. Sprinter Isidro del Prado won the 400-meter run in the men’s category. Another standout was Filipina bowler Bong Coo, who won six medals in six events, four of which were gold medals that set six individual game records.

That year, the Philippines placed third overall with a 55-55-77 gold-silver-bronze medal count. Indonesia won the total tally with 85-73-56 while Thailand ranked second with 62-45-41 medals.

During the closing of the games, President Ferdinand Marcos delivered a speech that acknowledged the new records set and the hard work of all participant athletes. He also spoke of the Southeast Asians’ “quest for sports superiority” and brotherhood that was formed during the games.

“We have, in effect, served notice to all that we Southeast Asians shall no longer be content in our traditional role of cellar-dwellers in worldwide sports competitions,” he said. “Very soon, we hope, Southeast Asians will be taking their places in the ranks of world-class athletes; and when that time comes, we will be equally proud—as Southeast Asians—no matter what national colors those champions may represent.”

The 1991 logo was shaped like the country’s colorful vinta.

Held from November 24 to December 3, 1991, athletes from all around the region competed in 28 sports in Manila and Subic. The event was officially opened by President Corazon Aquino at the Rizal Memorial Stadium.

The country bagged second place overall with 91 gold medals. The overall winner was also highly contested because the country was denied a gold medal after a controversial boxing game. In the end, Indonesia was proclaimed the overall champion, with a difference of one gold medal.

Despite this disappointing conclusion, the fact that the games was even held was a miracle. Two years earlier, various economic and manmade calamities struck the nation. This included the 1990 Luzon earthquake and the 1991 Mt. Pinatubo eruption. Just two months before the games, Leyte was also devastated with a flash flood.

But the Filipinos persisted and the games pushed on. In the field of athletics, swimmer Eric Buhain was considered miraculous. With six top prizes, he won the most gold medals of any athlete and he was given the moniker “Manila Miracle of '91.” Officially, he was proclaimed the “Most Outstanding Male Athlete” of the whole competition.

This wasn’t the first time the Bacoor-raised athlete was given this honor. Two years prior, he also won four gold medals in the 15th edition of the games held in Kuala Lumpur.

Other notable athletes who made their marks during the '91 games were swimmer Akiko Thomson, who broke two SEA Games records, and boxers Mansueto "Onyok" Velasco, Elias Recaido, Roberto Jalnaiz, Julito Lopez, Ronald Chavez, Arlo Chavez, Victor Vicera, and Raymund Suico. De Vega made her country proud again together with fellow runner Elma Muros. The Philippine men's basketball team was also able to redeem the championship it lost in Kuala Lumpur. It beat Thailand, 77-72, in front of a jam-packed Araneta Coliseum.

The first time the logo featured a face, a homage to our Maskarra festival.

The country’s third run at hosting the games was backed by a P160-million budget raised through the "Godfather" scheme. Though this sounds ominous, it was just a pledging session at Malacañang, initiated by first gentleman Mike Arroyo, where members of the private sector contributed funds that were used for the training of around 892 athletes.

The wushu team led the country in producing the most number of gold medals, winning 12 gold medals out of 22 events. Willy Wang, the star of the combat sport for the year, led the team in gold medals. Swimming proved to be prolific yet again, gaining the country another nine gold medals, while other athletic events also contributed to the tally.

This time around, 38 different venues across seven provinces were used, including Cebu and Negros Occidental. However, with the venues being spread out, there were reports of logistical issues. For example, the athletes complained about poor coordination and "sub-standard" accommodations. Another complaint was that the country included a lot of non-Olympic events or sports in which the Philippines dominated.

History tells us that there will always be snags at massive events like the SEA Games. The 2019 SEA Games hasn't officially started, so we can all hope, for the sake of the country's reputation, that everything would be smoother from here. 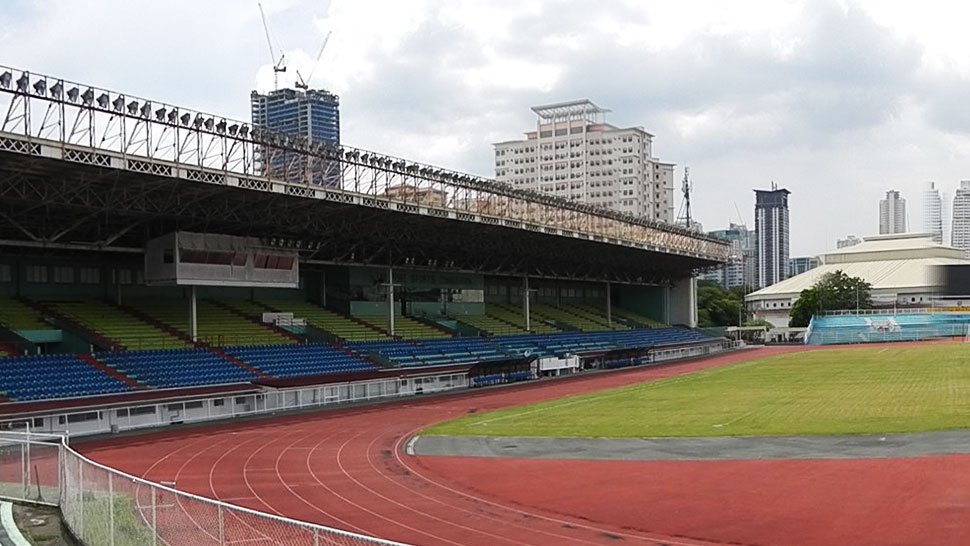 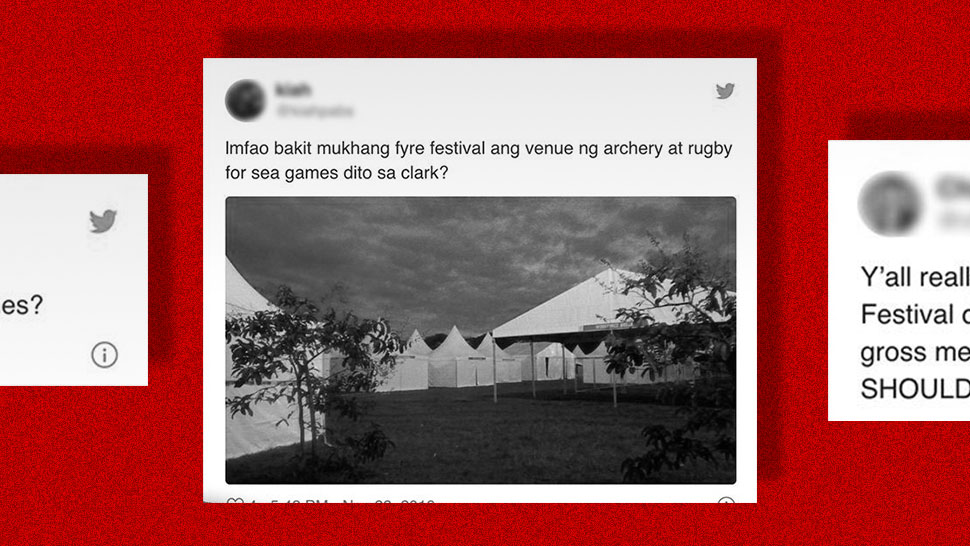